‘We want to take care of our land’: Wisconsin Women in Conservation builds support for sustainable ag

In Wisconsin, women play a big role in managing agricultural lands: Around 35% of farmers across the state are women, according to research from the Department of Agriculture. And a lot of them are interested in managing their farms in more environmentally friendly ways, said Shekinah, who works at the Michael Fields Agricultural Institute in East Troy. 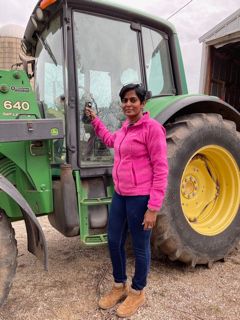 But breaking into the world of conservation can be intimidating — especially since these spaces weren’t always created with women in mind.

That’s why Shekinah, and other partners across the state, decided to launch a space for women specifically to help each other on their “conservation journeys.”

Wisconsin Women in Conservation launched last year with grant funding from the USDA Natural Resources Conservation Service. The project is designed to give women the resources and the connections that they need to put sustainable practices in place, said Shekinah, who serves as the project lead.

WiWiC brings together four groups into a coordinated effort: The Michael Fields Institute, Renewing the Countryside, MOSES and the Wisconsin Farmers Union. The goal is to build a support network for all kinds of women in the state — whether they’ve been plugged into sustainable agriculture for years or are just getting started on their farms.

A safe space for women

Sara George has now been farming for over a decade out in Pepin, Wis., near the banks of the Mississippi River. She sends her crops to schools, hospitals and restaurants, and helps support sustainable food systems through her work with Renewing the Countryside.

But when she was just starting out on her farm, George said there were times when she felt out of place — and afraid to ask questions when she didn't understand something. 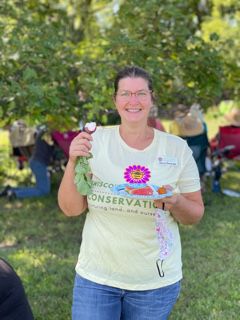 “Every one of us is dealing with different challenges as we're going through this,” George said. “But you don't want to say those challenges, because you feel vulnerable.”

Now, as a regional coordinator for Wisconsin Women in Conservation, George works to create a safe space for women to be open about their obstacles.

“Who wants to go out and say, ‘I'm struggling with weeds,’ or ‘I'm struggling with water issues,’ or ‘My soil is washing away’? You don't share that,” George said. “But it's really true. It's what's happening in our lands. And if we can say it out loud, then we feel like there's somebody out there that can help us.”

Getting into conservation can be intimidating, especially for those who don’t have a lot of technical knowledge, pointed out Rebecca Christoffel, project evaluator for Wisconsin Women in Conservation. Meetings stuffed full of jargon can make women feel like they don’t belong.

Plus, Christoffel said, it’s hard for women to see themselves in this work when the public face of conservation tends to be male — even though there’s a long history of women leading the way on issues from pesticides to wetlands. 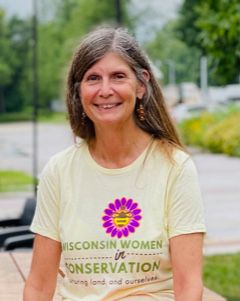 “It's not that this is foreign territory to women,” she said. “But it's that we do a very poor job of actually reaching women and getting them engaged.”

One of the really important aspects of Wisconsin Women in Conservation is creating a place where people feel comfortable asking any questions they have — and knowing that “nobody is going to shame you, or make you feel like that was a stupid question,” Christoffel said.

After all, the group brings together many different types of women who are interested in conservation, Shekinah said.

There are “conservation coaches” with decades of experience in sustainable agriculture; widows who inherited farms later in life after their husbands passed away; young women who are just figuring out how to run their farms.

“I've seen women literally in tears sometimes, talking about what they've achieved on their farm. And some women really in tears about not knowing what to do on their farm,” Shekinah said. “So we have all kinds of women. And we want to meet them on their journey wherever they are.”

"No head of the table"

So what does it actually look like to put women front and center in the conservation world?

Eells — who works with Christoffel to evaluate the group’s events and figure out what works best for members — said that “knowing who else is in the room” is essential.

Research shows that women put a lot of emphasis on relationships in their work, she said. So, with Wisconsin Women in Conservation events, the idea is to build that common ground and create conversations that are more “horizontal” — without a single person talking down to everyone else.

“There’s no head of the table,” Eells said. 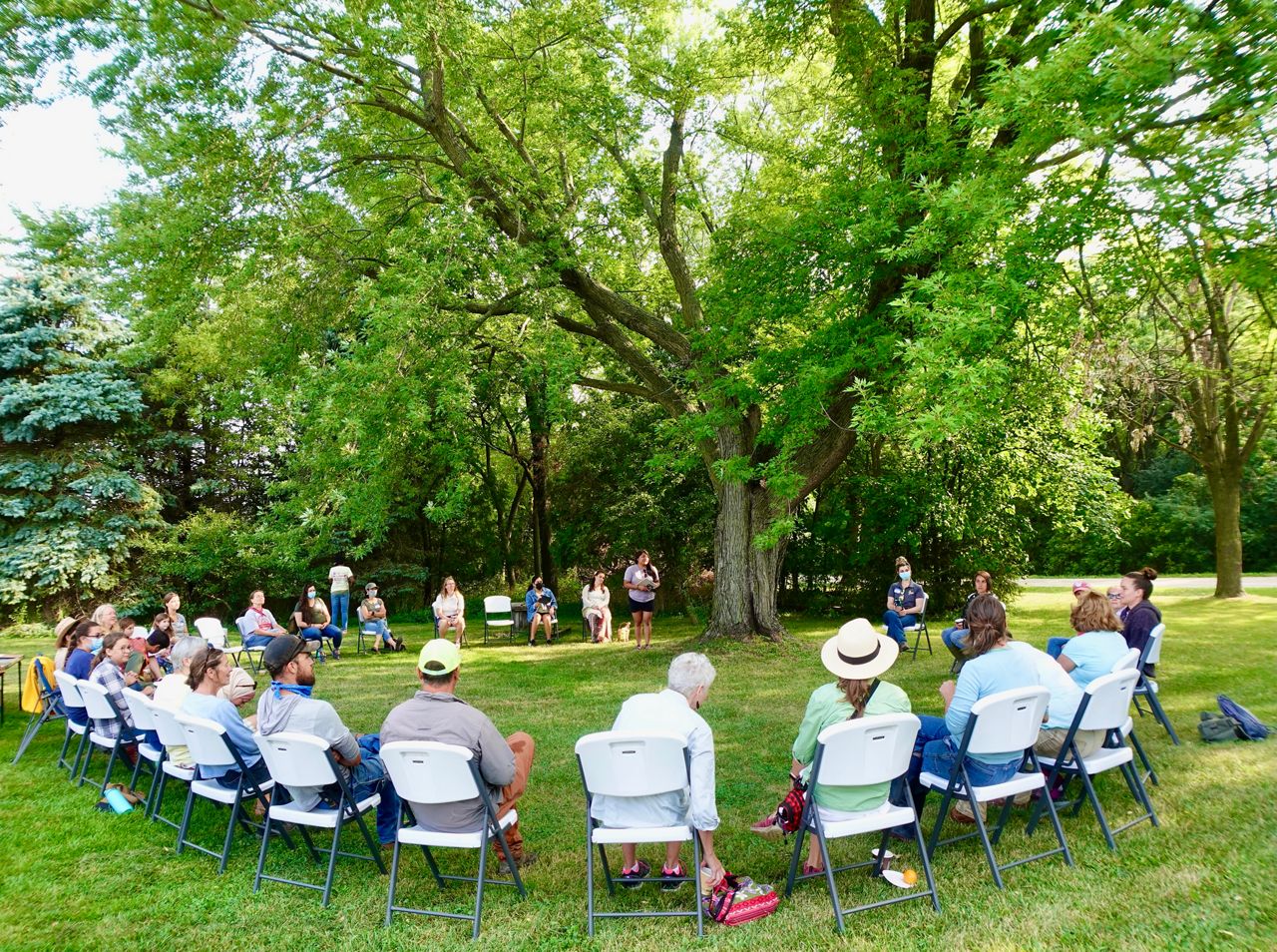 "Learning Circles" are a key part of that connection, George said. The meetings bring women from certain regions together to talk through some of their conservation challenges and successes — “to celebrate those hardships with each other and cheer each other on.” 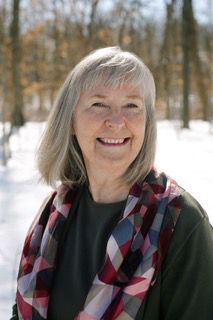 Jean Eells, who works on evaluation and training for Wisconsin Women in Conservation. (Photo courtesy of Kriss Marion)

In its first year, the group had to stick with a lot of virtual events during the pandemic, said Kirsten Slaughter, a WiWiC regional coordinator and organizer for the Wisconsin Farmers Union. But they were still able to build out a strong sense of community, she said, which is something people are especially looking for these days.

“Oftentimes people can feel pretty isolated and alone,” Slaughter said. So it can be a powerful thing to meet a woman farmer down the road who’s also interested in conservation — “to interact with them and realize that you're not alone, there are other people who are wanting to do this work.”

Over the summer, the group saw hundreds of women log on for their workshops on topics, like pollinator habitats and soil health, Shekinah said.

And during the “sweet spot” of the pandemic summer, Slaughter said they were able to hold some in-person field days, where members opened up their farms to show off the sustainable practices they were putting to use.

Heading into the project’s second year, leaders said they want to keep building as many connections as they can.

WiWiC recently launched its Conservation Educator Network to bring together people who already teach about conservation in the state. And the group is holding a virtual learning circle next month to walk through the process for landowners to create their own conservation plans. 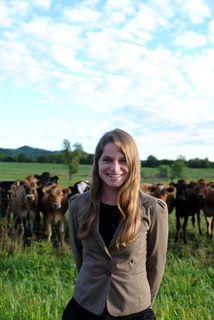 All of these efforts could have a big impact in Wisconsin and beyond.

Sustainable practices, like cover crops, no-till farming and rotational grazing can make a big difference in the environment, Shekinah said. And in the midst of a changing climate, agriculture has an important role to play in determining what our future looks like.

The women of WiWiC don’t take that power lightly. All of them have a connection to the land — from Christoffel, who sees being out in nature as a spiritual experience, to Slaughter, who grew up appreciating her aunt and uncle’s farm as “a really important place for family and connection."

George said it’s an "amazing" feeling to be able to make these impacts for future generations.

“We can make a difference,” George said. “Not only on our land, in our community, but on a global scale by implementing some of these practices.”