A corn crop stands severely stunted at Mineral Point, Wis. on Monday 30 July, 2012 as the result of a punishing drought that has affected much of the USA's Midwest. (AP Photo/Sitthixay Ditthavong)

RIPON, Wis. — As the fifth generation in a long line of dairy farmers, Chris Pollack always had a pretty good idea of what he wanted to do with his career.

Pollack grew up pushing toy tractors around the driveway on the family farm. Now, he’s carrying on the family’s agricultural legacy, managing around 800 acres of crops and a herd of Holstein dairy cows.


“It’s certainly something that was in my blood,” Pollack said. And, with his four young kids now growing up on the land, “there’s hopefully a potential for a sixth generation to take over the farm someday.”

But for Pollack, and other farmers across the state, that legacy faces some looming challenges.

Climate change is poised to make a big impact on Wisconsin’s agricultural sector — an industry that brings more than $100 billion into the state’s economy each year and makes up almost 12% of employment, according to the Department of Agriculture, Trade and Consumer Protection. 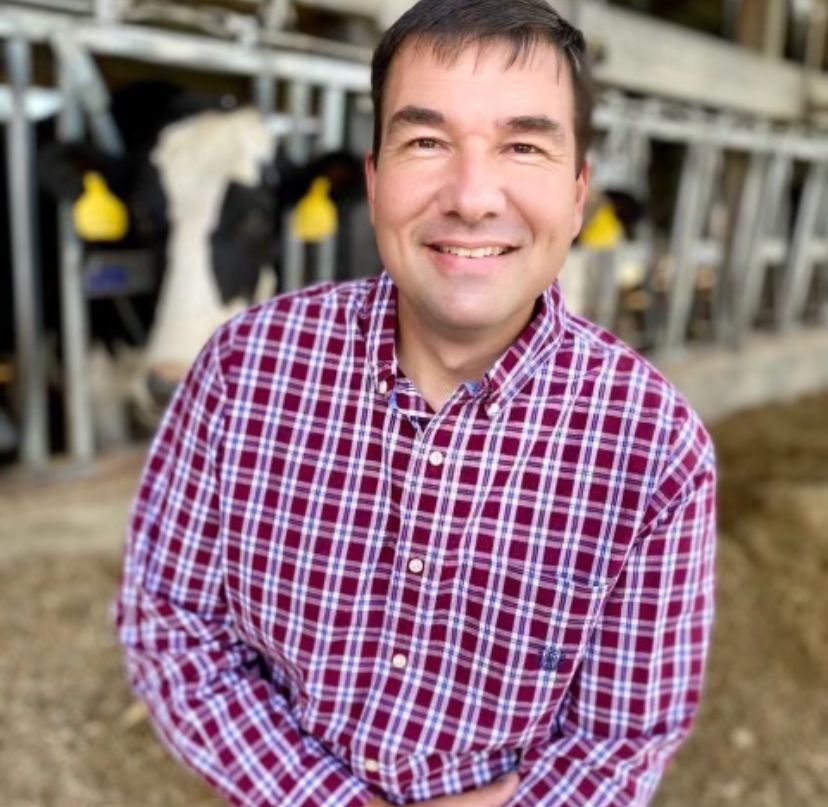 In the decades to come, Wisconsin is likely to see more extremes on different sides of the weather spectrum, from extreme heat and drought to severe storms and flooding.

The general trend toward a warmer and wetter climate could put more stress on crops and animals. And more weather uncertainty from year to year — or even month to month — could disrupt the cycles that are important to keeping the growing season on track.

Pollack said his farm has already felt some of the shifts from Wisconsin’s changing climate. Now, he and other farmers are working hard to adapt to a future in flux.

“Farming always brings new challenges every year,” said Pollack, a Wisconsin Farm Bureau Federation member who served on the Governor’s Task Force on Climate Change. “Whether it’s a wind event or rain event, or fighting mud or drought, whatever the case may be. We kind of learn to roll with the punches.”

There’s no single way to pin down how a changing climate will affect — and is already affecting — agriculture in Wisconsin. Some trends, so far, have actually had positive impacts for crops, pointed out Diane Mayerfeld, a sustainable agriculture coordinator with UW Extension.

“Right now, the climate impacts people have seen so far, some have been in small ways beneficial,” Mayerfeld said.

In some cases, warmer weather has already made for a longer growing season and higher yields, Mayerfeld said.

And, unlike parts of the Southwest that are quickly drying out, Wisconsin is getting plenty of rainfall for its crops. Annual precipitation in the state is already up around 15% since 1950, and is expected to keep increasing, according to a WICCI report from last year.

But if the trend toward a warmer and wetter climate keeps getting more intense in Wisconsin — and scientists predict that it will — the future could spell trouble for farmers, Mayerfeld said.

Temperature extremes can be stressful for both crops and livestock, pointed out Sara Walling, administrator of the agricultural resource management division at the DATCP. 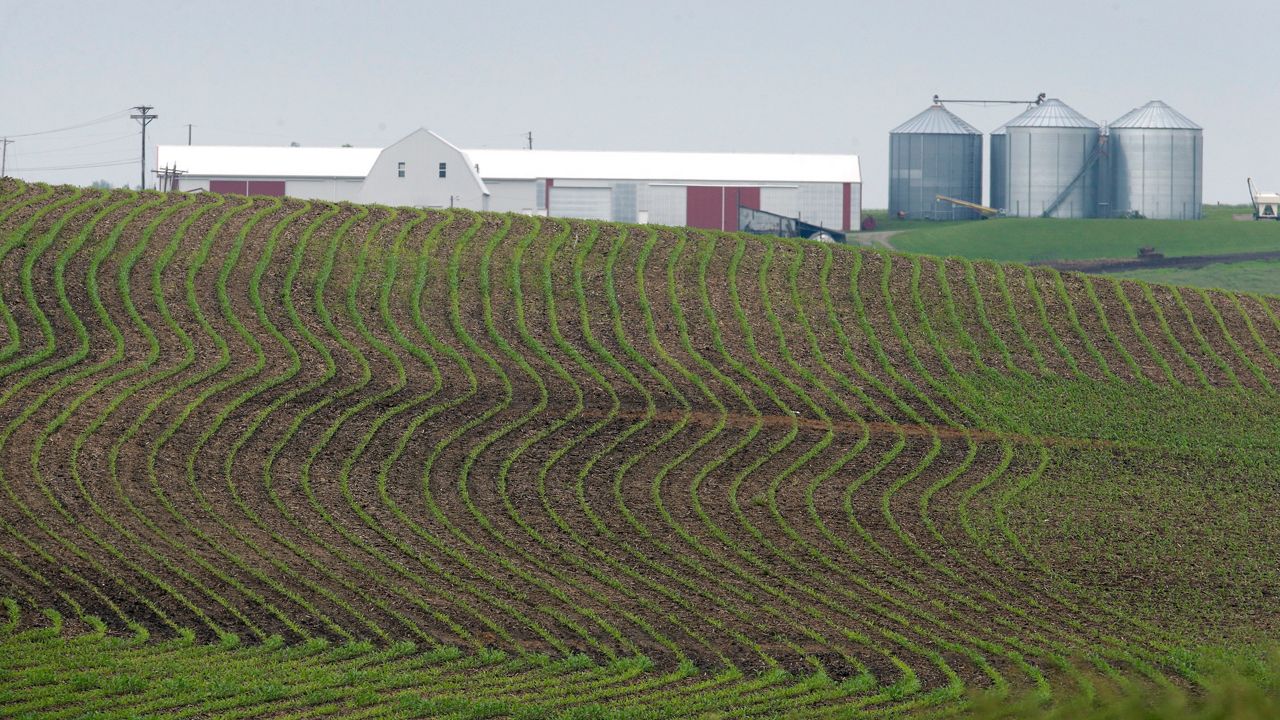 “Our dairy cows in particular, they're happiest at these cooler fall temperatures than they are in the heat of summer or the cold of winter,” said Walling, who is also on the agriculture working group for the Wisconsin Initiative on Climate Change Impacts. “So any time you see more days on the extremes, either hot or cold, it's going to impact the comfort level of our animals and therefore their productivity.”

And the predicted increases in rainfall probably won’t be spread evenly throughout the year, Walling said: It’s more likely that we’ll see higher numbers of extreme storms that can do severe damage.

A warmer, wetter climate may also open the door for more crop diseases to thrive in the state, Mayerfeld added. And too much rain in the spring can lead to waterlogged soil and make farmers delay their planting schedules.

Even changes that might sound like a plus — like warmer winter temperatures — can actually mess with the cycles that plants rely on to survive, Mayerfeld said.

On the whole, climate change will probably make Wisconsin’s weather more extreme and less predictable, experts said. For an industry that depends on consistent weather patterns, those big swings are a concern.

“You’d think it would just go in one direction,” Mayerfeld said. “But you can have drought and flooding in the same season” — something she said Wisconsin saw this year, with heavy rains in the spring and a dry spell in the fall.

“If every year responded in the same way, it would be easier to figure out what to do,” she added. 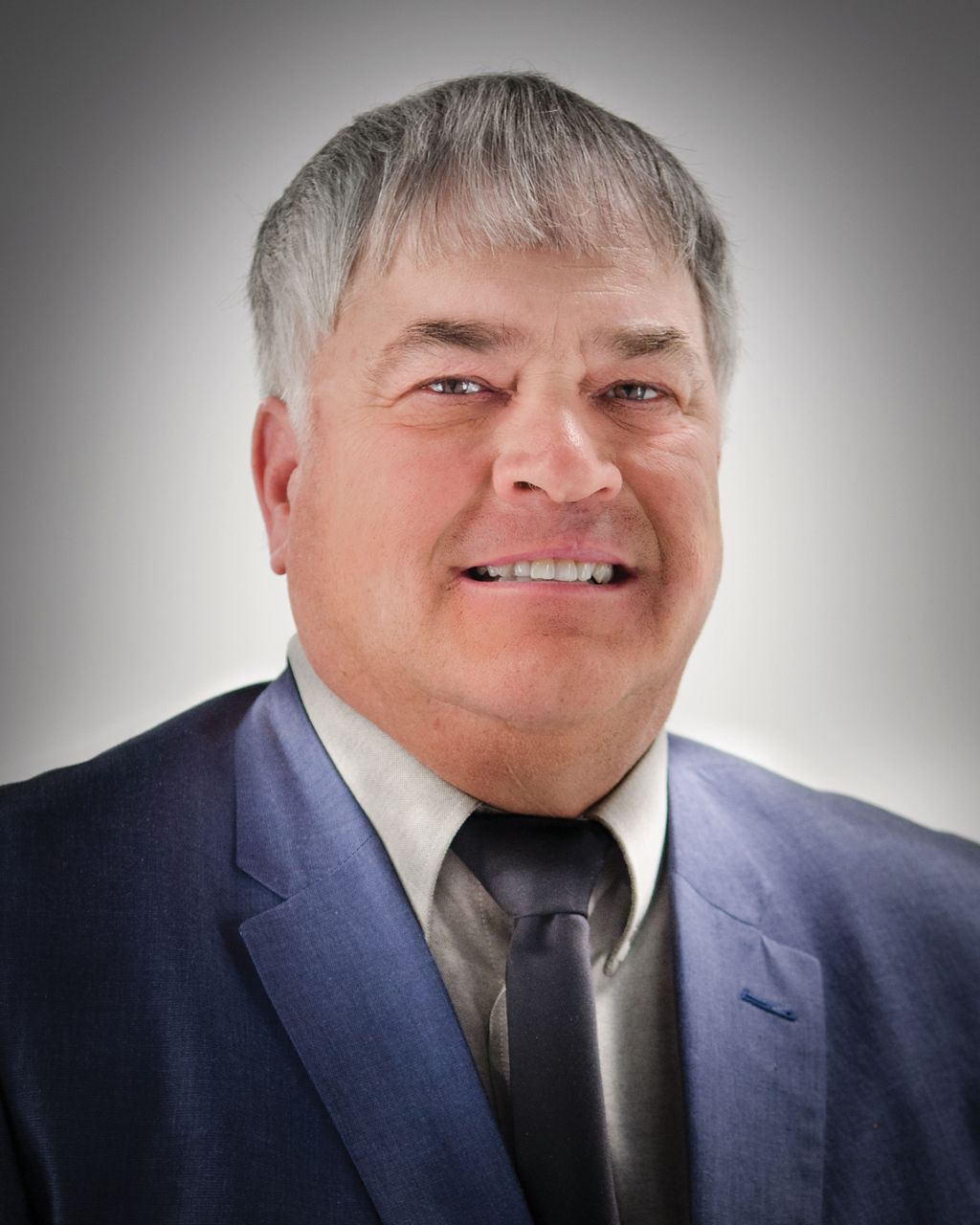 Robert Nigh (Photo courtesy of the Wisconsin Farm Bureau Federation)

Robert Nigh has been farming for quite some time. He and his brother, Randy, started working the family farm from a young age, after they lost their father to cancer in 1966.

Even for the decades he’s been in the business, though, Nigh has already racked up more than his fair share of extreme storms.

“I’ve lied through several of what they call 500-year floods,” said Nigh, who is on the board for the Wisconsin Farm Bureau Federation and also served on the governor’s climate task force. “I guess I’m getting like Methuselah — pretty old.”

There was the flood that washed away heifers from the farm’s dairy herd. The one that made it impossible for barges to drop off their fertilizer shipments in time, throwing a wrench in farmers’ growing schedules. The one that made it past multiple flood control structures and seeped into the neighbors’ basement.

“When those heavy rains come in, it’s pretty hard for those practices to win the battle with Mother Nature,” Nigh said.

It’s “difficult to dispute” that Wisconsin is seeing a big uptick in the number of extreme rainfall events, Walling said. These days, the kinds of storms that we used to see once in a century are happening every few years, she said.

The impacts can be devastating for farmers and their communities — from tearing up buildings and infrastructure, to letting mold grow in crops, to washing soil and fertilizer into waterways. 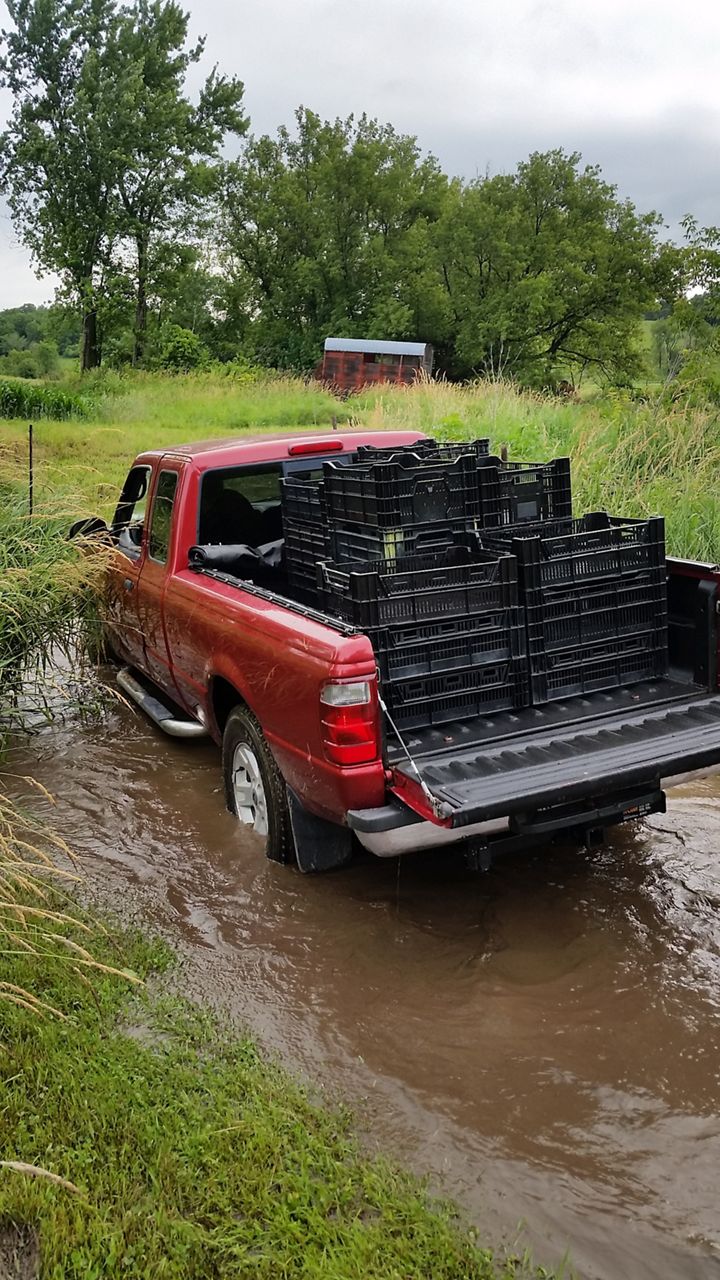 Dealing with flooding on the farm. (Photo courtesy of Chelsea Chandler)

After a storm buffeted the area near his farm this summer, Pollack said he faced around $12,000 in building damage. But the bigger issue has been harvesting the corn that got laid flat by the high winds, he said.

It’s frustrating to invest in a crop and not see it reach its full potential, he said. And knowing these storms may become more common adds extra stress to the business.

“We’re all trying to figure out if this is the new normal, if we’re going to have more of those events,” Pollack said.

For Nigh and Pollack, feeling the firsthand effects of severe weather has been a big driver to prepare for a future under climate change.

Farming for the future

Right now, the agriculture industry is still one of the biggest contributors of greenhouse gases in the atmosphere. In 2017, around 15% of Wisconsin’s greenhouse gas emissions came from agriculture, according to a report from the Governor’s Task Force on Climate Change — making it the third biggest sector after electricity and transportation.

Luckily, when it comes to building the future of agriculture, many sustainable practices are a “win-win” for farmers and the environment, said Chelsea Chandler, director of climate solutions for the nonprofit Clean Wisconsin.

“There are a lot of things that we can do that both help us adapt to climate change, and also lessen our impacts at the same time,” said Chandler, who runs an organic farm in the Driftless Area with her husband. 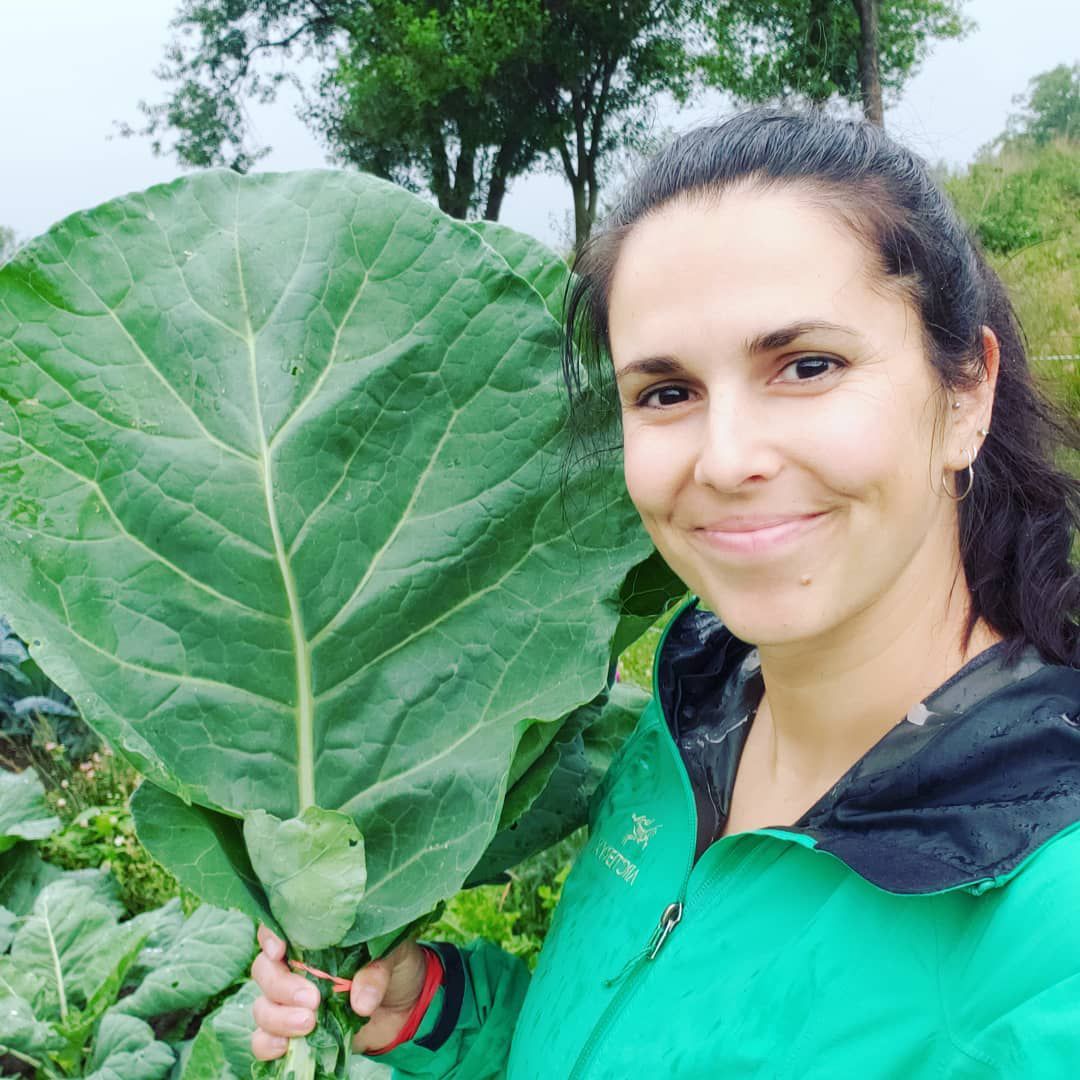 For example, planting cover crops — instead of leaving soil bare between main crops — can help keep soil from washing away in the runoff from severe storms, Chandler said. Plus, cover crops can get the soil to soak up more carbon that would otherwise be clogging up the atmosphere.

Cover crops can help store more nutrients in the soil, too, meaning farmers may not have to use as much fertilizer, Walling pointed out. That saves money and also prevents some of the negative side effects of fertilizer use — like the creation of nitrous oxide, which is a big piece of agriculture’s greenhouse gas emissions.

Both Nigh and Pollack said they’ve been planting cover crops on their land, and working to use more no-till farming practices — trying to improve soil health by not turning it over as often. Pollack said he has some fields on his farm that haven’t been tilled in a decade or more.

Every farm is a little different, Pollack pointed out, and adapting to the future won’t look the same for everyone. But there’s a lot of room for agriculture to lead the way in these conservation practices, the farmers said. 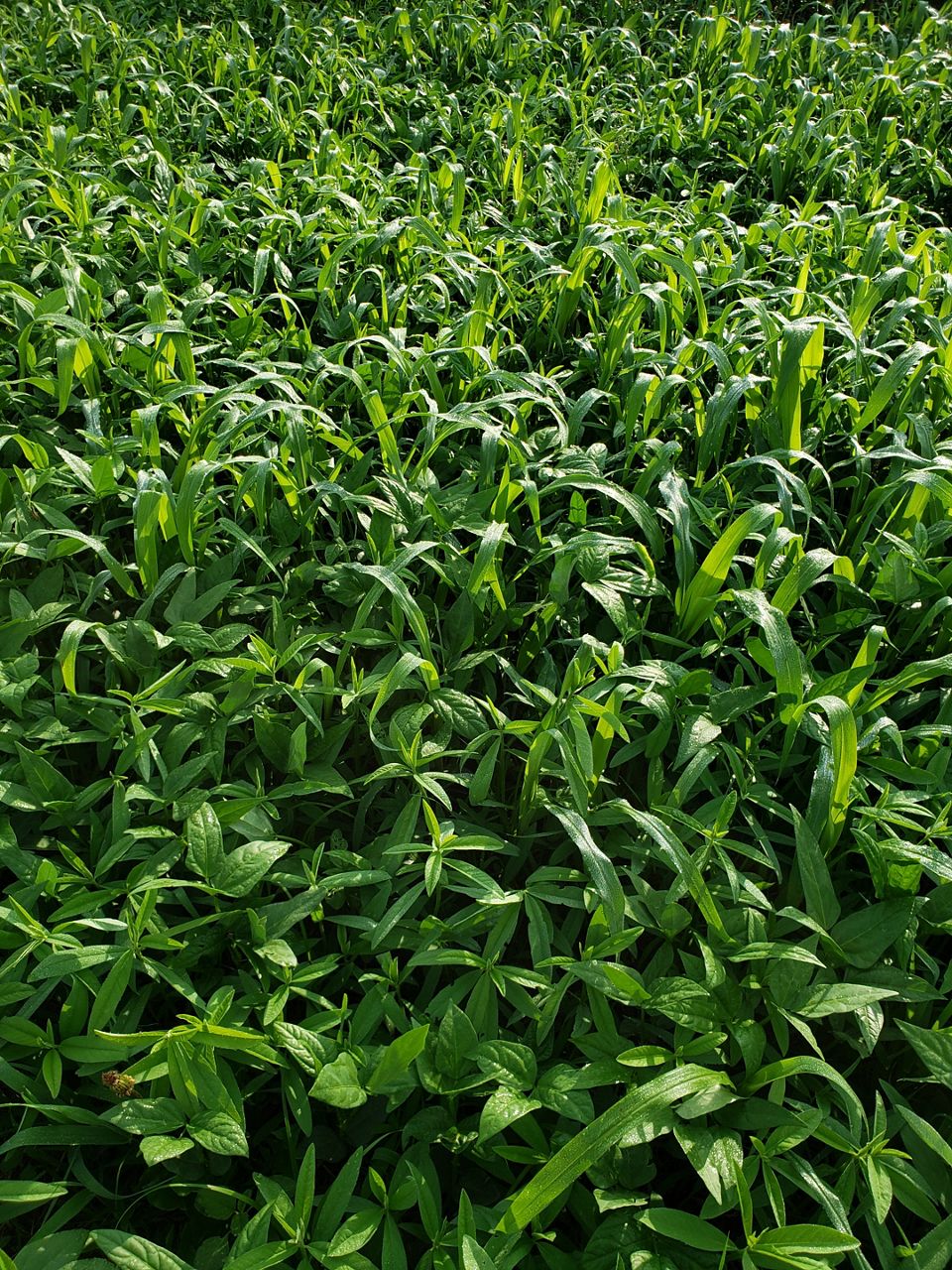 “We can’t rely on a silver bullet, because I don’t believe there’s one out there,” Nigh said. “I think it’s going to be a lot of little things that are going to have the best impact.”

In agriculture, like in any industry, it can be hard to make big changes when people have been doing things one way for a long time, Chandler said. She hopes that helping “connect some dots” between farmers’ bottom lines and their impacts on the planet can help make these practices more widespread.

Pollack said he thinks there’s “absolutely” a growing interest in conservation practices among Wisconsin farmers. Part of that is business: “At the end of the day, we want to make a living just like anybody else,” he said.

But part of it is also about preserving the deeper legacy of the land. Nigh said he wants to carry on the work of his father, who was passionate about conservation as “the right thing to do.”

And Pollack said the joy of seeing his kids show interest in the farm — whether they’re taking care of the calves or riding along on the tractor — drives home the importance of laying the groundwork for the future.

“For me personally, it's trying to adapt and evolve into doing a better job and helping keep the nutrients I have where they belong — in the field,” Pollack said. “It’s trying to help leave a legacy for the next generation on the farm here. It’s being just a good steward of the land.”