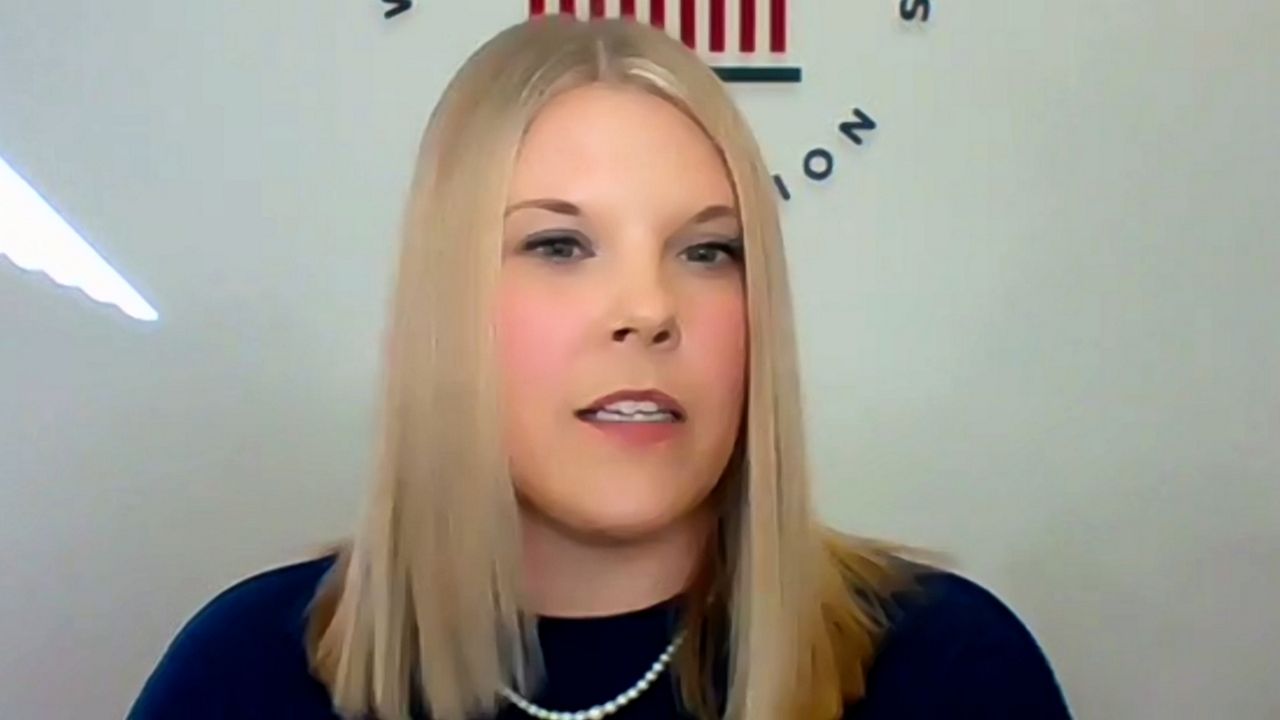 'They think I'm an easy target, I'm not'; Elections administrator responds to calls to resign

MADISON, Wis. — The administrator of the Wisconsin Elections Commission (WEC) is defending herself after the Racine County Sheriff accused the bipartisan regulatory agency last week of breaking the law by not sending Special Voting Deputies (SVD) to nursing homes.

WEC Administrator Meagan Wolfe made it clear to reporters Monday that the law requires her to be nonpartisan and she doesn't get a vote on the commission.

All of the decisions are made by six commissioners, three Democrats, and three Republicans, so to reach a final decision there has to be a bipartisan majority vote by at least four commissioners.

The reports about what allegedly happened at Ridgewood Care Center in Mount Pleasant aren't only troubling for Racine County Sheriff Christopher Schmaling. Wolfe also told reporters Monday some allegations concern her as well.

“I don't know all of the details, and we're learning about everything along with everyone else, but it does sound like there are some procedures that may not have been followed,” Wolfe said.

Wolfe said any sort of coercion should be investigated and referred to a district attorney. Last week, Schmaling told reporters the families of eights nursing home residents interviewed by investigators said they didn't think their loved ones had the capacity to vote but they did anyway.

“A medical diagnosis or a family member's concern, that does not disqualify an otherwise qualified elector from voting,” Wolfe explained.

She said those concerns point to two bigger issues: a lack of understanding about the role of special voting deputies, especially amid a pandemic when they were not allowed into some private care facilities last year and as recently as this past spring, and overlook that only a court can decide that somebody is incompetent to vote.

“The commission's decisions were made bipartisanly,” Wolfe said. “The decision in April of 2020 was unanimous amongst the commission and it was made in a public meeting.”

During the spring of 2020, amid Gov. Tony Evers' state of emergency, the commission voted to direct clerks to not send special voting deputies into nursing homes, especially since many of which weren't allowing visitors at the time.

Local clerks are required by state law to send special voting deputies to care facilities so residents have a chance to vote. After two visits, residents can be sent an absentee ballot instead.

“If clerks had continued to try to accomplish their visits to facilities, that they knew were not going to allow them in, what that would have meant is that those voters, in those care facilities, would not have been able to vote,” Wolfe said. “The law says if you cannot accomplish those two visits by special voting deputies if a voter cannot vote during those two visits, that you have to send the ballots to the voters in those care facilities. So I believe, that because the commission determined it was impossible for those special voting deputy visits to occur, that there was no choice but to proceed to the option provided in law to send those voters their ballots so they would not be disenfranchised.”

Now, facing calls to resign, Wolfe questions why concerns are being brought up 18 months later and objections could have been raised.

“It's not productive at all,” Wolfe said. “I think it's baseless and I think it is just partisan politics.”

As for whether she would want to keep her position after her term expires in 2023, Wolfe said she is focused on the present.

“I'm just focused on the work immediately ahead of me,” Wolfe said.

A non-partisan audit of the 2020 presidential election did not find any widespread fraud but laid out several recommendations for how the state can improve elections.

Wolfe said the commission plans to discuss possible changes recommended to them during an upcoming meeting on Dec. 1.