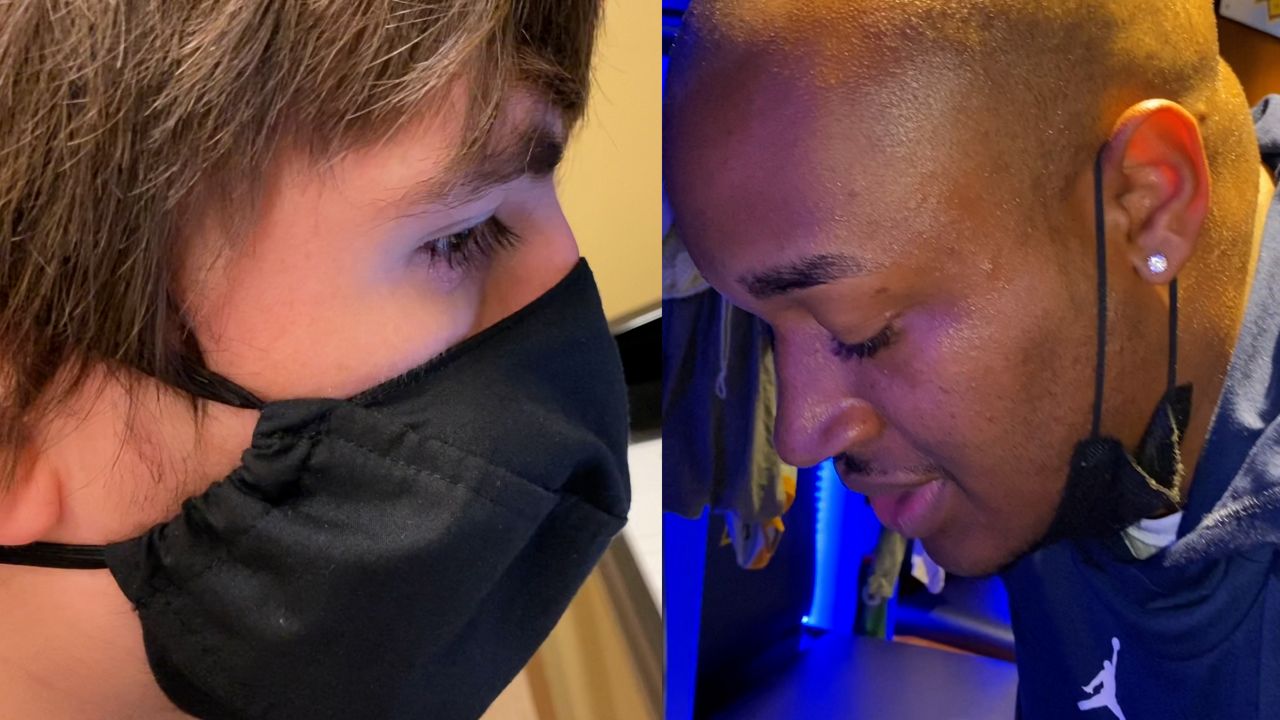 MILWAUKEE — Marquette University and St. Norbert College are the only two colleges in Wisconsin that have programs specifically geared towards helping students with ADHD and/or ASD.

On a campus with just more than 11,000 students this year, Marquette University students needing extra support can quickly get lost in the shuffle.

Sophomore Ben Jennings has been playing the piano since he was in kindergarten. He also sings and is part of the male a cappella group on campus. It’s impossible to tell upon meeting him that  Jennings has autism.

“It’s not easy but, that’s what autism essentially is,”  Jennings said. “It’s a different way of thinking and I just think a little bit differently than other people.” 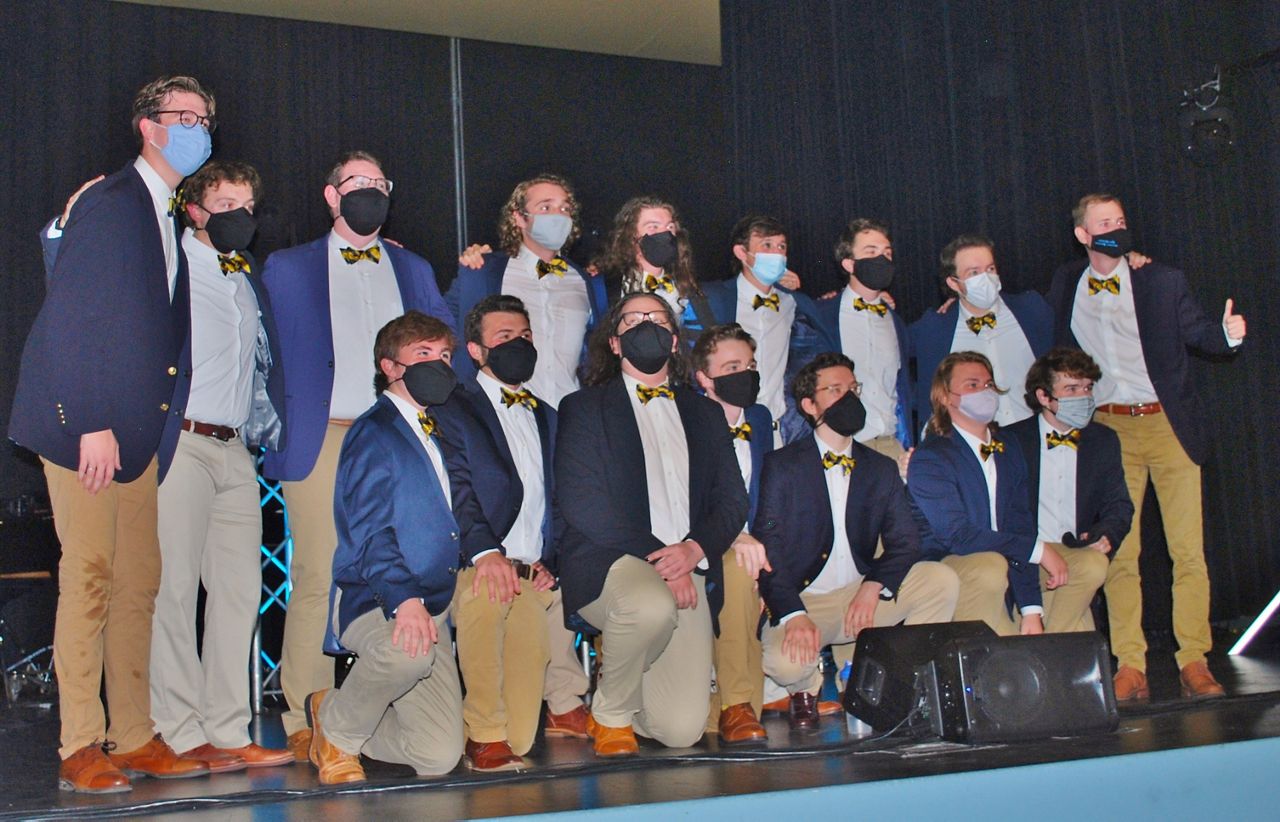 In describing what it’s like to deal with autism,  Jennings almost called it a disability.

“I caught myself,” he said, chuckling. “Autism isn’t a disability; it’s just a different ability and a different way that people understand things.”

Music is his escape.

Kiontis Gallion, 21, knows exactly what it’s like navigating this different way of thinking. He has autism as well, along with ADHD.

“I found out when I was 18 years old,” he said. “I took a couple years off from school to get my mental health right.” 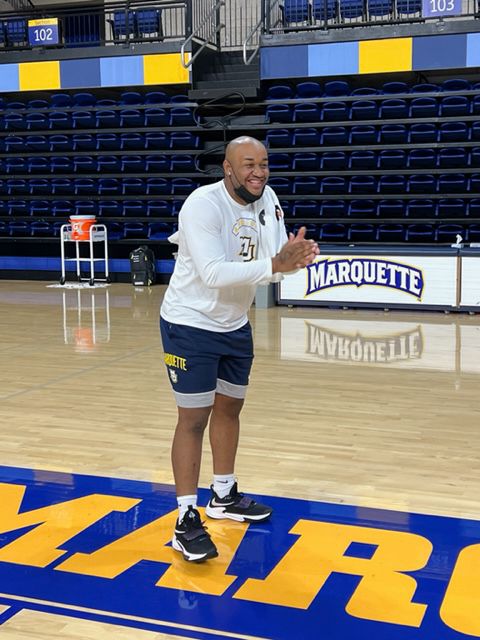 Gallion admits getting a job proved more challenging than he expected.

“School was all I ever really wanted to do,” Gallion said.

He now manages Marquette University’s women’s basketball team, which he credits for bringing him out of his shell.

“Now I have friends around me who believe in me and it makes me feel like I’m going to be okay,” he said. “It’s like a family and they treat me like a normal person.”

Kiontis and Ben are part of a program on campus called On Your Marq, which they both said helps them navigate college life in a way they wouldn’t be able to on their own.

“I’m scared sometimes that I’m going to say something dumb, or I’m going to stutter,” Kiontis said. “I talk so fast sometimes, it sounds like I’m rapping.”

Emily Raclaw leads the On Your Marq program, which holds a deeper meaning for her.

“After finding out in my late 20s that I have ADHD, it made so much more sense why things that were hard for me were much easier for other people,” she said.

Though Emily does not have autism, she sees what it’s like for students such as Kiontis who have to navigate both conditions.  She likens having ADHD and autism to having two sides of your brain constantly fighting each other.

It becomes clear why completing a paper on time, living with roommates, making new friends, or simply starting a conversation can become insurmountable obstacles.

She refers to On Your Marq as a GPS for those students dealing with ADHD and autism.  She also makes a point to say the program prepares them for life beyond college too.

“How do we navigate this weird mini-society that is a university, while also preparing for what comes next,” she said. “Learning about the culture of a job, how to live on your own in an apartment that might not have someone on site 24/7, how to pay your bills.”

On Your Marq has become a lifeline and a network of support for students like Ben and Kiontis.

“It has taught me to take my time and take deep breaths and really just have a plan.” Kiontis said.  “I write everything down in a planner now and sometimes, I meditate.”

On Your Marq began three years ago with just five students. This year, it has grown to 19.

Raclaw said 26 students at Marquette report having autism, while 10 of them also report having ADHD. She said the number of students who do not report to the ADA is likely larger than people realize.

Of the 674 colleges making up the five states in the Great Lakes region, there are only 15 programs catering to students with ADHD and/or autism. This region includes Wisconsin, Michigan, Illinois, Indiana and Ohio.

To see this data in its entirety, click here.