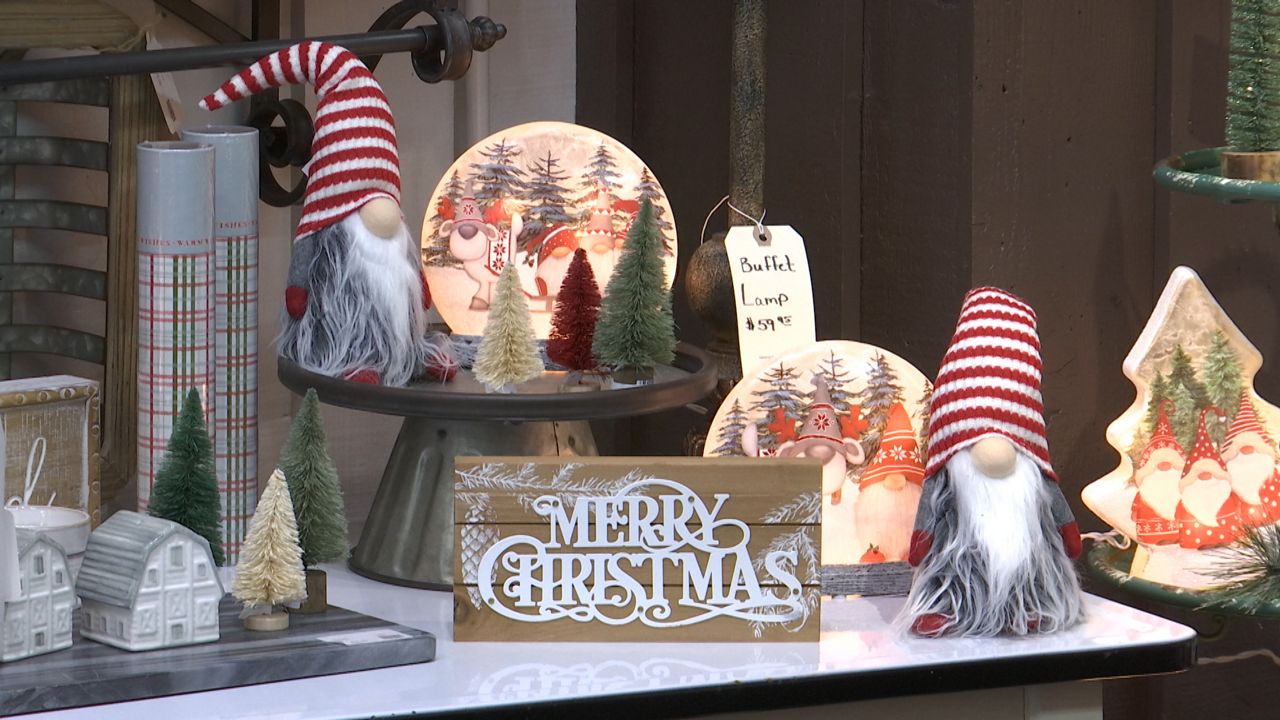 CEDARBURG, Wis. — All the buzz about shipping delays and supply shortages may be prompting people to shop early for the holidays.

Staff at Up the Creek, a gift boutique in downtown Cedarburg, said demand for holiday merchandise has been up way earlier than normal as people come in to make sure it is still in stock.

Owner Debbie Lauer said that while she has the majority of her inventory available, there are some items she cannot get in stock. While it is not a situation she wants to be in, she says customers have been very understanding.

“This year has been different because I think everybody has been through something. Whether its ordering a sofa, a refrigerator, everybody is so understanding and they get it, so I think that makes it a little more so its easier for me that they know what is going on,” said Lauer.

Lauer added that she still expects a strong sales year as customers are eager once again to shop in person this year. Something similar is being felt a block to the north at Cedar Creek Winery. Manager Stephanie Baldwin said people are stocking up as more families plan in-person holiday gatherings.

Like Up the Creek, Cedar Creek Winery said they have also been seeing an influx of holiday shoppers earlier than usual. ​