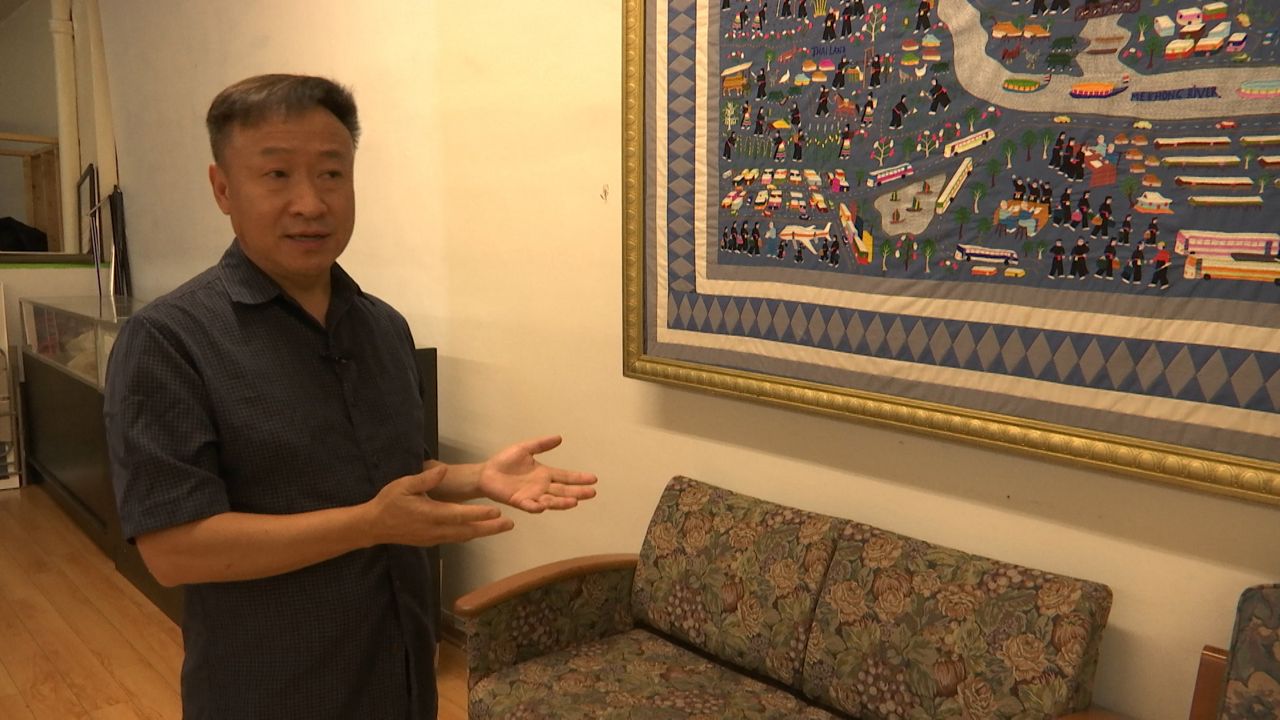 MILWAUKEE— The images of Afghan people running after American aircrafts looking to escape the country can strike a lot of emotions.

It is especially true for those who were once refugees themselves.

Lo Neng Kiatoukaysy is the executive director of the Hmong American Friendship Association in Milwaukee. At age six, Kiatoukaysy fled Laos with his family and was among the thousands of Hmong people who left fearing retribution for aiding American troops during the Vietnam war.

Despite being quite young, Kiatoukaysy’s memory of the ordeal is crystal clear.

“I remember the night my father came home and said we have got to go, gotta go," said Kiatoukaysy.

“I remember the night my father came home and said we have got to go.”

Lo Neng Kiatoukaysy was six years old when his family left Laos as Hmong refugees. As he watches the situation in Afghanistan, he says he is filled with compassion for those trying to flee. pic.twitter.com/MpSxGXiYqp

For him, there are a surprising number of parallels between what the Hmong people endured in the 1970s and what is happening today with the Taliban takeover of Afghanistan. Seeing the events play out on the news has been tough for him to watch.

“It brings back a lot of really bad memories," said Kiatoukaysy. “The feeling of losing your home because you are uprooted— [you] don’t know if you are going to live tomorrow or die tomorrow. It brings all those feelings because it happened back in Laos.”

Kiatoukaysy said he hopes Wisconsin’s Hmong community may be able to offer assistance to Afghan refugees who come to the state. He said that the experience shared by many Hmong people could be helpful in understanding the needs of people who have just arrived to the United States.

“We have been through it. We know how they feel. If there is anything we can do, we would be more than happy to help," he said.

Kiatoukaysy said he hopes the courtesy extends to all Americans helping Afghans make the difficult transition into the United States. ​