'That’s All, Brother': The lead plane of the Allied forces on D-Day nearly died in Oshkosh, but today it lives on at EAA Airventure

OSHKOSH, Wis. — This is the story of a national treasure. Like many treasures, it had been lost, but through research and determination and luck – the greatest superpower of them all – was found and saved from a fate that nations around the world would have considered a tragedy.

Yes, this treasure was that important.

“Every day, people say, 'Thank you for saving this plane,'’’ said Dave Berrio, a member of the Commemorative Air Force Central Texas Wing and a 30-year Air Force veteran. “Absolutely, every day.” 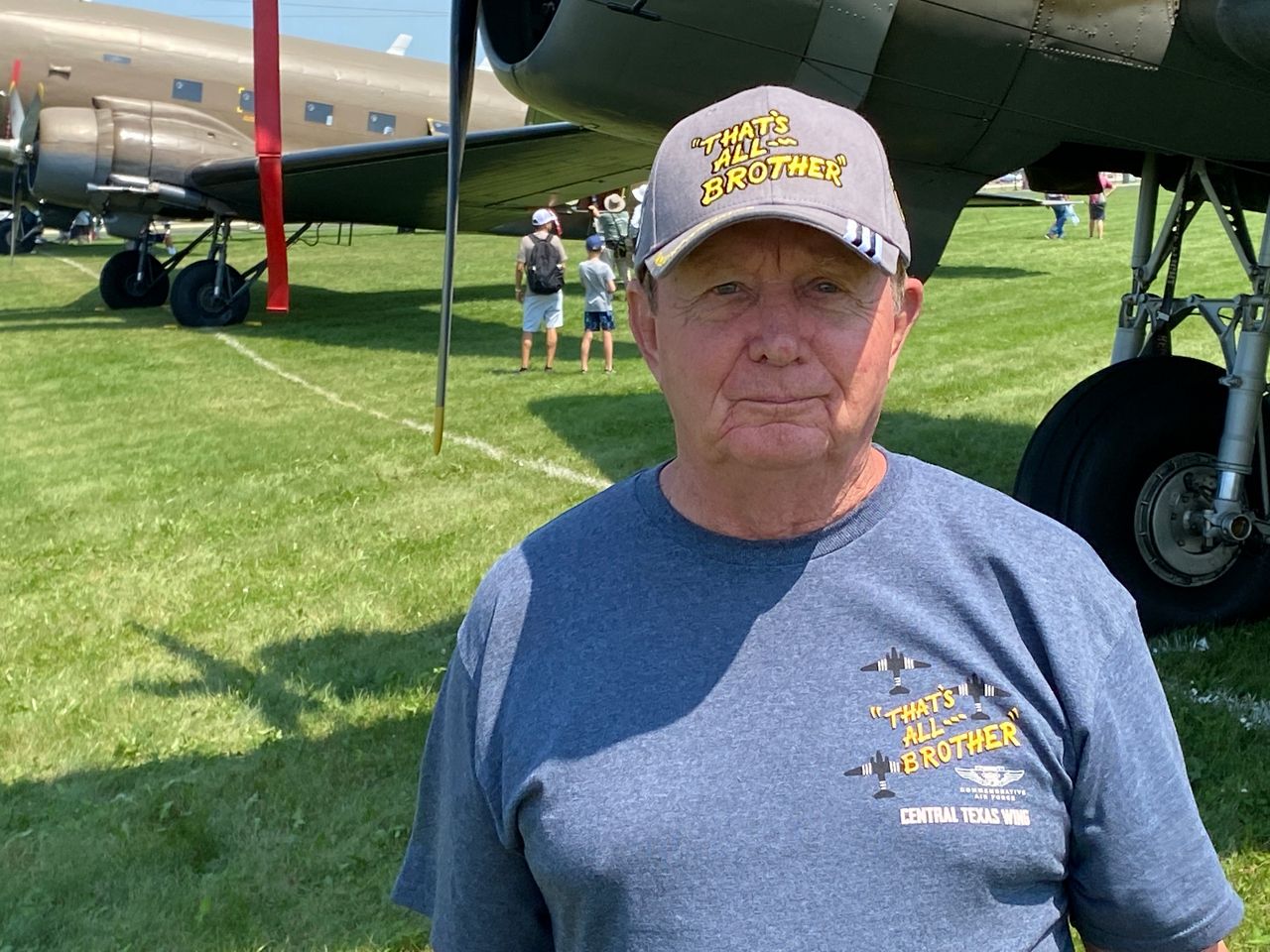 This plane is a C-47 Skytrain and is on display at this week’s EAA AirVenture. But around the world, it’s better known as “That’s All, Brother,” the lead aircraft that led the Allied airborne invasion on D-Day, June 6, 1944.

“The name of the plane, ‘That’s All, Brother,’ was their message to Adolph Hitler,’’ said Berrio of Lt. Col. James M. Donalson and his 87th Troop Carrier Squadron. “The gig’s up. Here we come. If you look at it and think about it, it gives you a sense of what their mindset was: ‘We’re going to end it. We’re coming after you.’ It’s amazing.’’

Amazing also fits the story of how this plane was found, restored and brought back to life, enabling it to fly the exact same route it did in 1944 for the 75th anniversary of D-Day in 2019.

The aircraft came out of production in March of 1944 in Oklahoma City. It was brought to England and modified, adding antennas, a radar system and an enhanced radio. Now equipped with those capabilities, it was chosen to lead the 800 planes and 13,000 American paratroopers of the Allied airborne forces on D-Day. 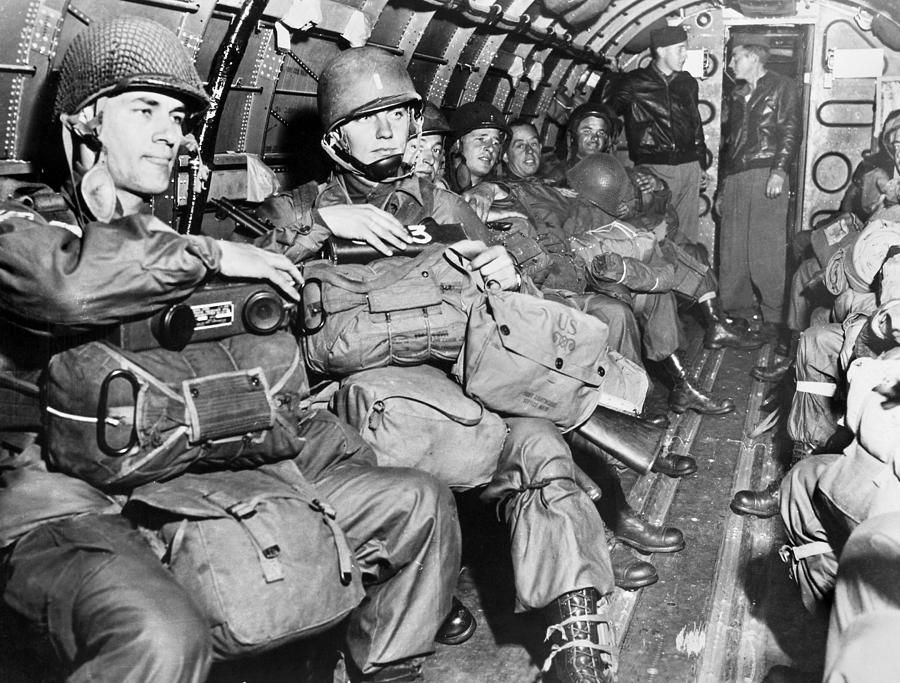 But after the war, like many planes of that era, it was sold on the private market.

And that’s where Matt Scales, then a member of the Air National Guard in Alabama, comes in. Scales was doing research on Donalson and then got to thinking, “What happened to his plane?”

Through its tail number, the plane was traced through several different owners, the last of which was Basler Turbo Conversions in Oshkosh, which had it in its boneyard, scheduled to be converted into a turboprop.

“A lot of the aircraft that we have around here, that are part of our process, have a lot of history,’’ said Matt Hauck, Director of Maintenance at Basler. “It’s something we take for granted, that there’s history in all these airframes. We don’t necessarily research all of them when we get them.”

But then he got the call from Scales.

“We were really surprised,’’ he said. “We didn’t think it was true. Turns out, it was.”

Berrio said the story goes that communication was made to the Smithsonian and the National Air Force Museum, but someway, somehow, something got lost in translation in terms of the plane’s significance. But the Commemorative Air Force knew what it had.

Mission accomplished. But now what? 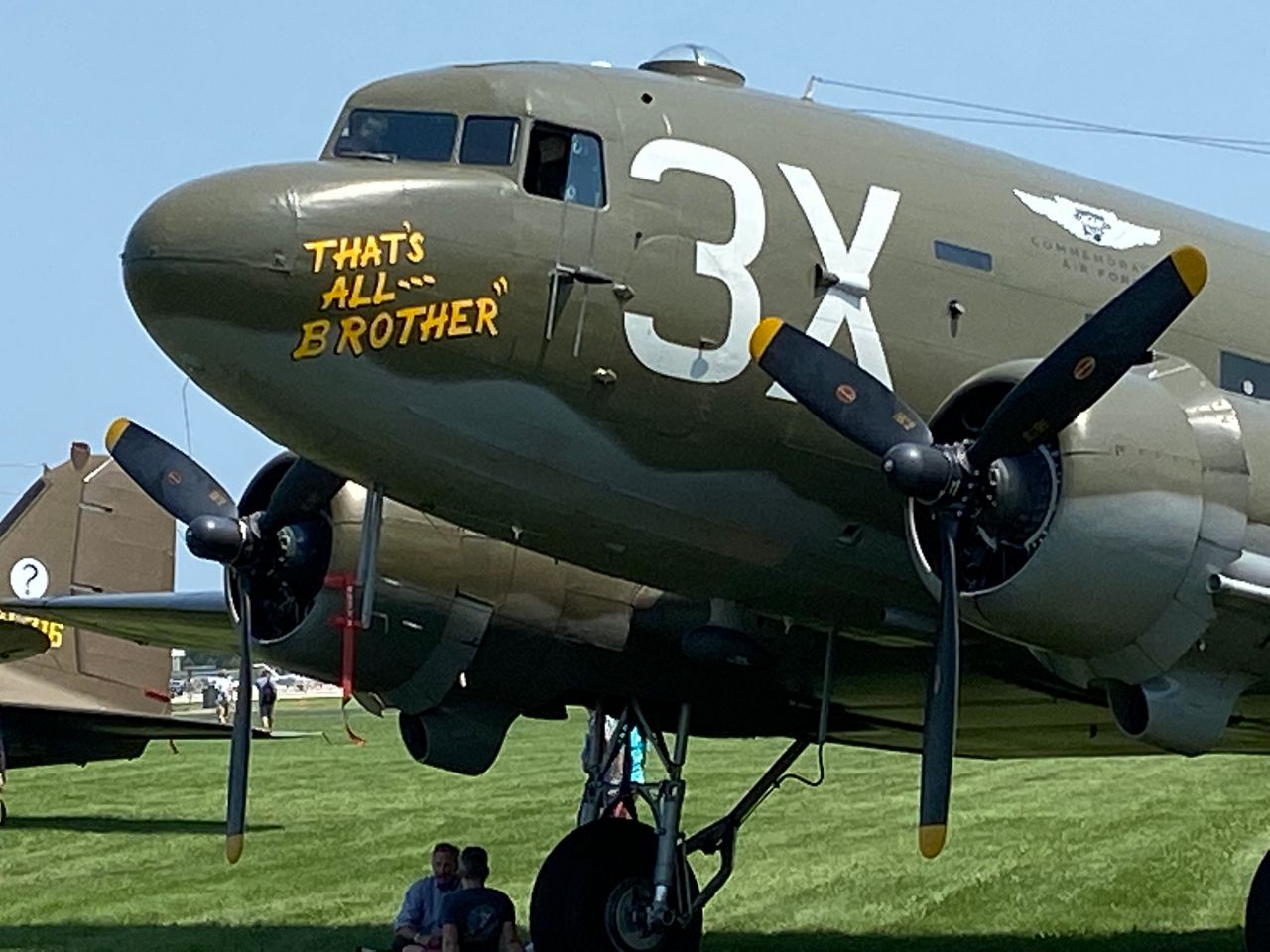 “At first the Commemorative Air Force wanted to just make it flyable for them,’’ said Hauck.

But then word got out and as the notoriety grew, so did the project.

Now, Hauck said Basler is not in the business of restoring planes, but this was a clear exception.

The goal was to restore the aircraft to exactly the way it was on D-Day and have it done in time to take part in the D-Day 75th anniversary events in Normandy in 2019. And Basler was the perfect place to accomplish that.

“There were a few parts that were difficult to find,’’ said Hauck. “But our business is working on those types of airplanes, so we have a pretty extensive parts store. So we were able to find 99% of what we needed here.”

But the restoration didn’t come without its share of trials. 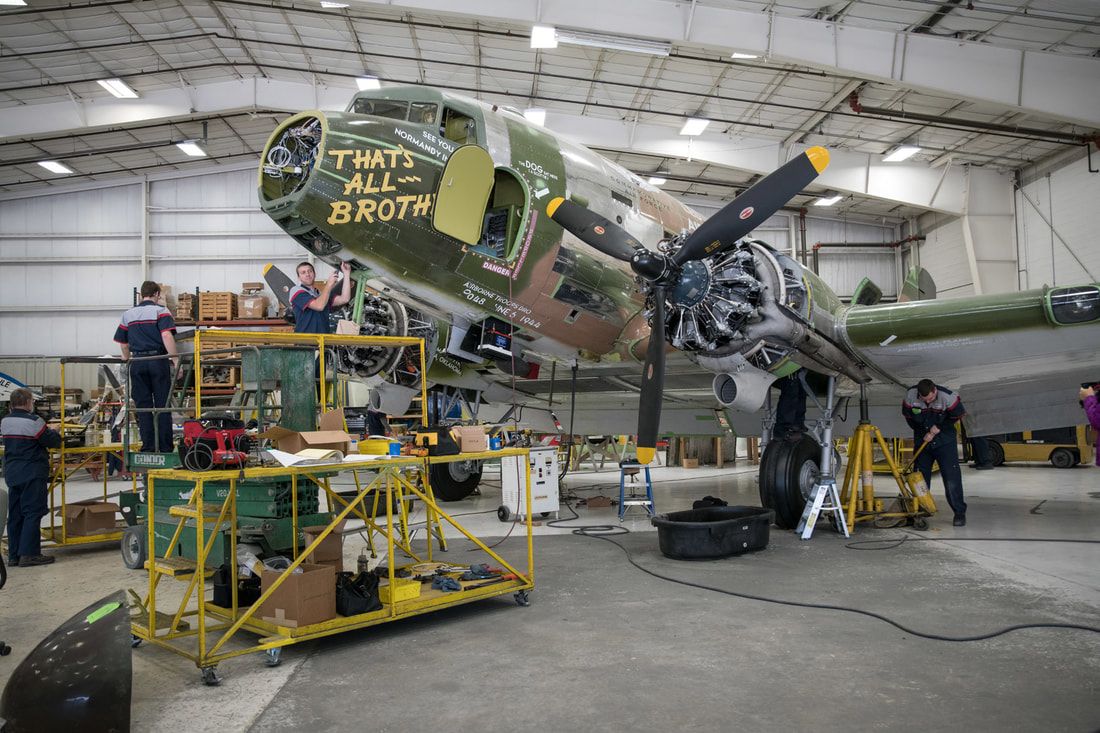 “So it was a challenge for us to try to connect, basically, 2017 to 1944,’’ said Hauk, “to have a blend of functionality and safety and new standards combined with some of the older standards.’’

It took some 20,000 man-hours to complete the restoration, but it came to a labor of love for all those involved.

And finally, on a cold January day in 2018, the treasure that had nearly been lost took to the skies once more at Wittman Regional Airport in Oshkosh.

When “That’s All, Brother” returned to Normandy for the 75th D-Day anniversary, Berrio was back in the states, handling sales of caps and T-shirts.

“People in the United States, they don’t get it. I mean, they’re appreciative, don’t get me wrong. But they don’t have the emotional attachment, like Europeans, with this airplane. We’ve never suffered like that.”

Eric Zipkin, the lead pilot who flies the aircraft today, said he felt the Europeans’ reverence for the airplane first-hand when in Normandy for the anniversary. 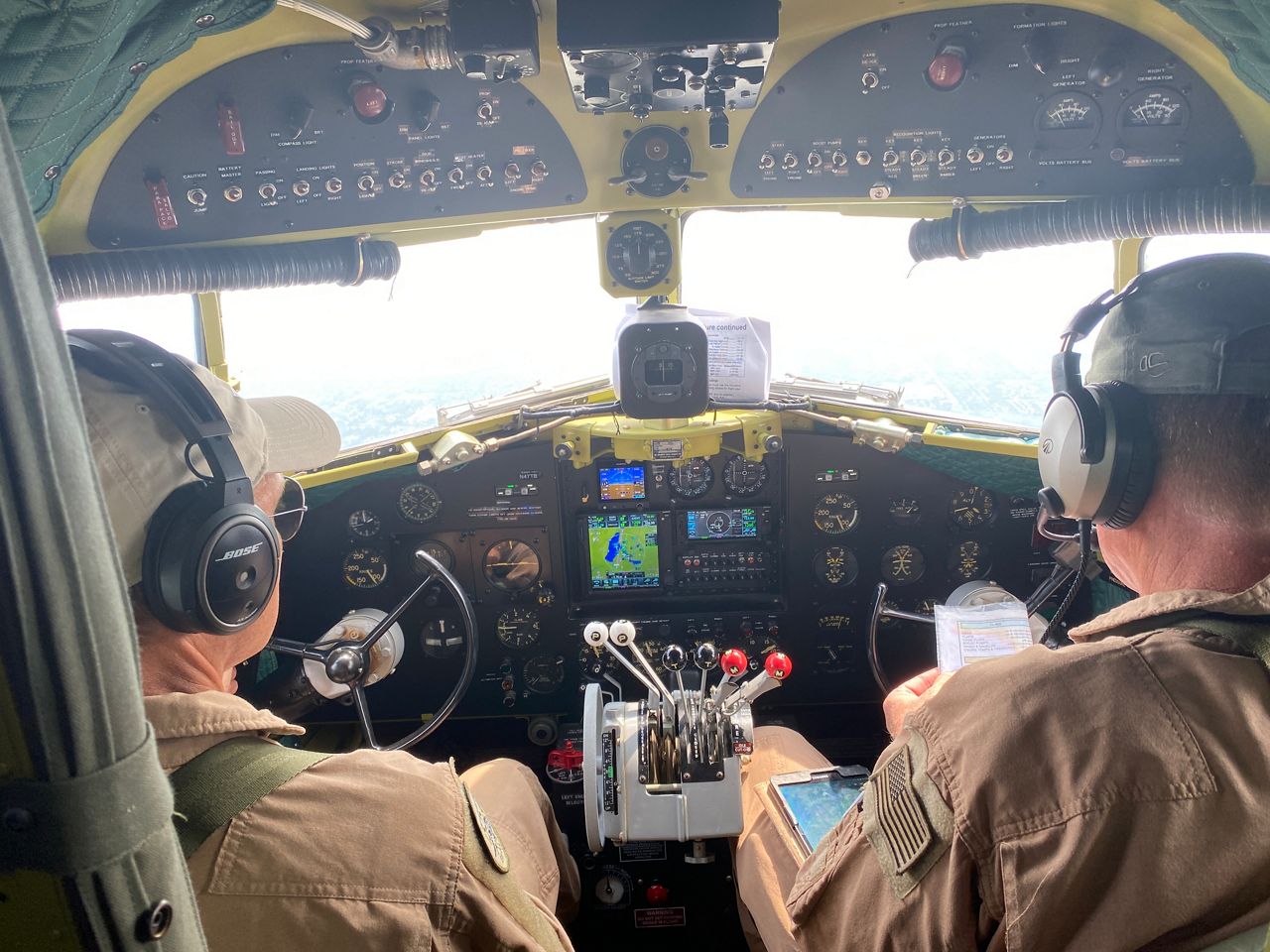 “The history of World War II is so much more present, and so much more fresh, because people in Europe lived through it. It’s very personal,’’ he said. “So when they see something like the C-47, it’s very, very much revered.

John Ebsen of Madison was descending from the steps from “That’s All, Brother” on Tuesday, and stopped to turn around and take one last look before his final step. He said he found out about the plane by accident while doing research on another plane. Further research led him to the plane’s full story, and so he came to EAA to see it for himself. 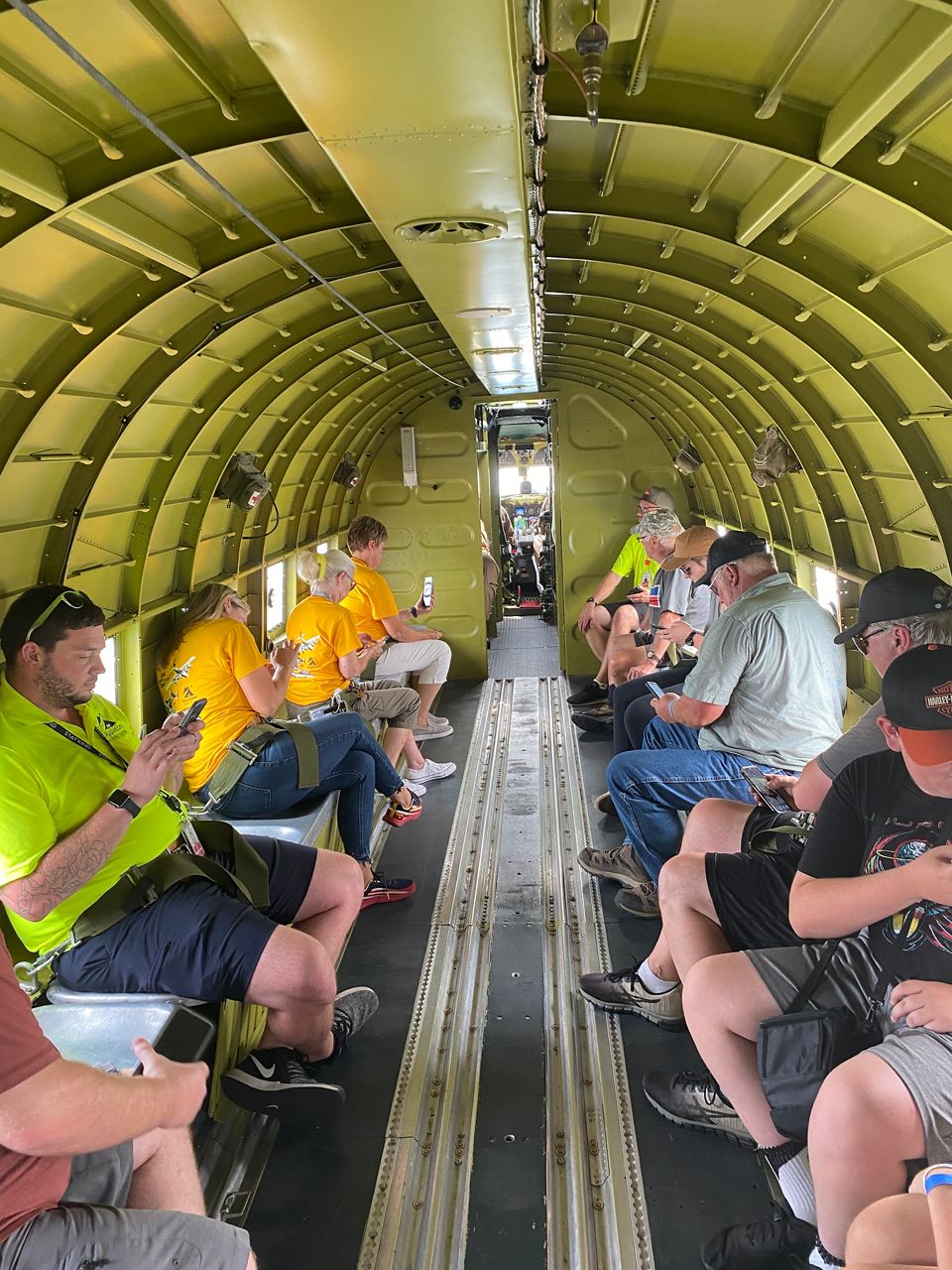 “I can remember World War II,’’ he said. “I was born in 1939. My parents talked about stuff like this. It’s a privilege sitting in the same seats as these heroes did.”

“That’s All, Brother” went on to take part in several of the main missions during WWII, like Operation Dragoon, Operation Market Garden, Operation Varsity and the Siege of Bastogne. It also served as a supply carrier and was also used for medical evacuation. Allied Commander Gen. Dwight D. Eisenhower said the C-47 fleet was one of the most significant military assets responsible for the Allies’ victory.

“It’s a national icon,’’ said Berrio of the plane, “because a lot of people who left this aircraft never came back.”

And Berrio has bared witness to the emotional weight it carries to this day.

“We have people come and sit down, and you watch the tears come down,’’ he said. “Lots of times, they had an uncle or a father or a grandfather on board, or they knew somebody.’’

On June 6, 1944, there were 13 paratroopers on board “That’s All, Brother,” along with a chaplain and Lt. Col. Donalson’s black Scottish Terrier, who served as a mascot and was stationed behind Donalson’s captain’s chair. 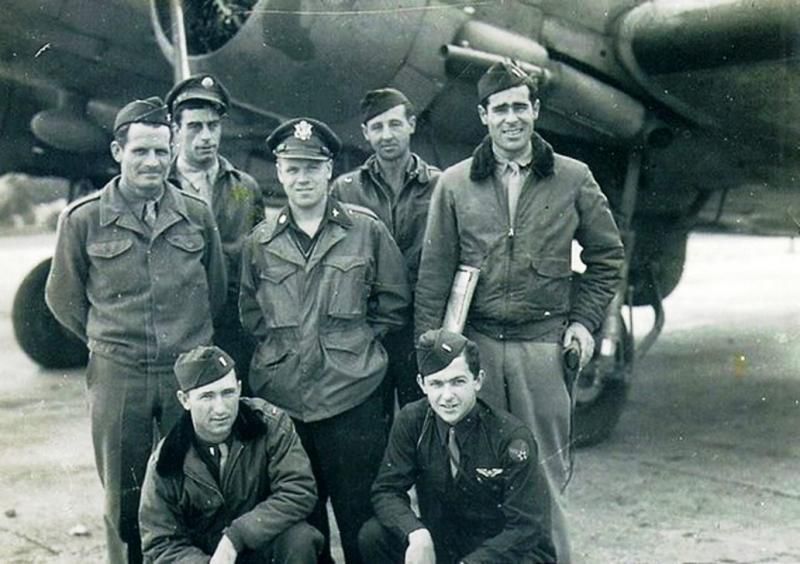 “They cry when they get on the aircraft,’’ said Berrio of the visitors he has seen. “At times, they sit down, and it finally sinks into them, that a group of 18- and 19-year-old guys on June 6 at midnight, penetrated the French coast at 800-feet with all the world shooting at them, pitch black, with 70-to-90 pounds of gear on their back, and they were going to jump into the black, not knowing where they were going or what the end result was going to be. It took a lot of guts.

“The first time I ever stood in that plane the hair on the back of my neck stood up. Just feeling that sense of what was going on in there – a lot of ghosts.’’