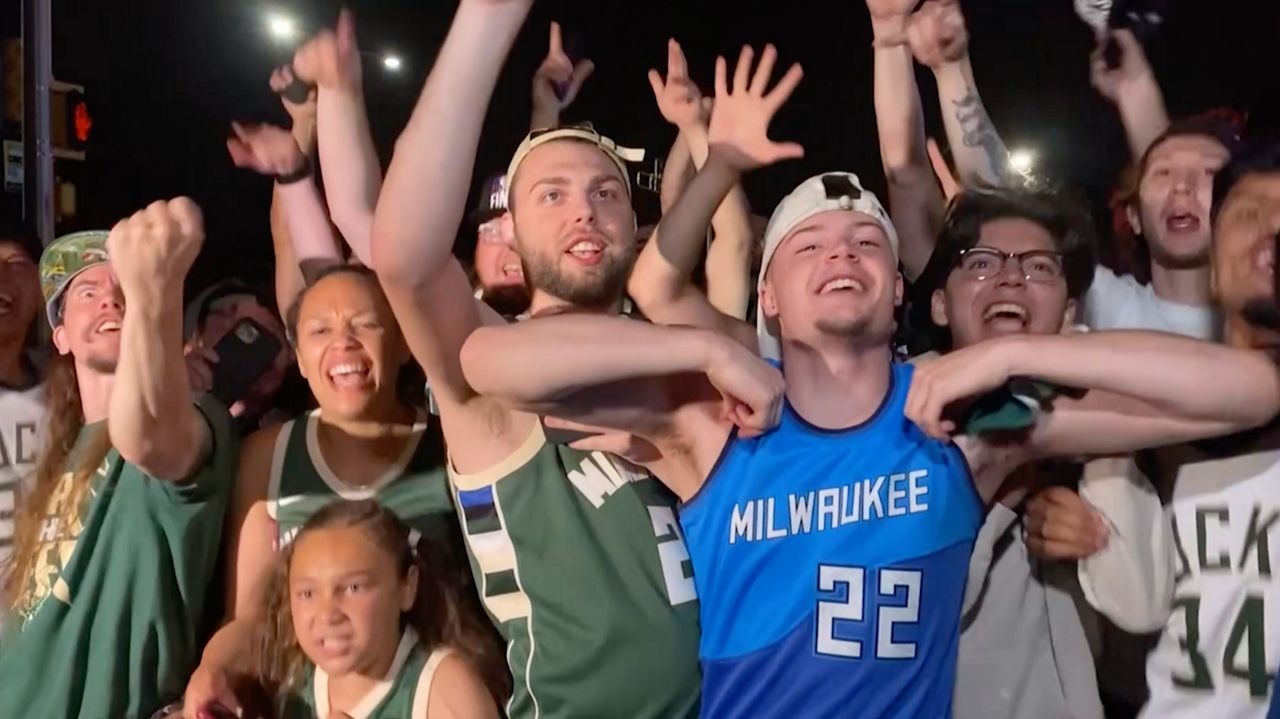 MILWAUKEE — It’s been a long 47 years since the Milwaukee Bucks last played in the NBA Finals.

“I’ve been waiting for this since I was born,” said Danielle Stevens after the Bucks’ historic win in Game 6 of the Eastern Conference Finals Saturday night.

Stevens said her dad always talks about the last time the team won the Championship in 1971. That was 50 years ago.

"I’m looking forward to my first one hopefully,” Stevens said.

She’s not alone. Thousands of excited Bucks fans didn’t want to stop the celebration in the Deer District Saturday night, so the party continued all the way to the Milwaukee airport.

That’s where hundreds of fans waited for the team plane to touch down after their flight from Atlanta.

“Because we love our guys,” said Matthew True, a fan from Milwaukee.

"They have brought us so much happiness through out the months that they deserve our support here at the airport,” said Mike True.

Fans said it’s important to let the team know they have the support.

“To show them, like, the city is behind you guys, keep going, like, we can beat the [Phoenix] Suns,” said Darrell Robinson of Milwaukee. "I don’t think nobody else can stop us really, honestly.”

“I thought Game 6 was ecstatic,” said Xenon Defranco, a fan from Milwaukee. "Bobby Portis an absolute, insane stud. Brook Lopez doing Brook Lopez things and Khris Middleton getting hot in the third quarter really helped us pull out the win.”

Even though the Bucks winning the Eastern Conference Championship and making it to the NBA Finals is something to celebrate, the fans and team know they’re not done yet.

There is still a lot of work to do.

But, the fans are ready.

“Let’s keep scoring in the paint, because nobody can stop us, really,” said Robinson. "Let’s just keep pounding them in the paint, and we should be hoisting that trophy by the end of this month!”

And, of course, Bucks fans are sticking with their prediction for the last round of these playoffs: “Bucks in six!”

Game 1 of the NBA Finals is Tuesday night in Phoenix.