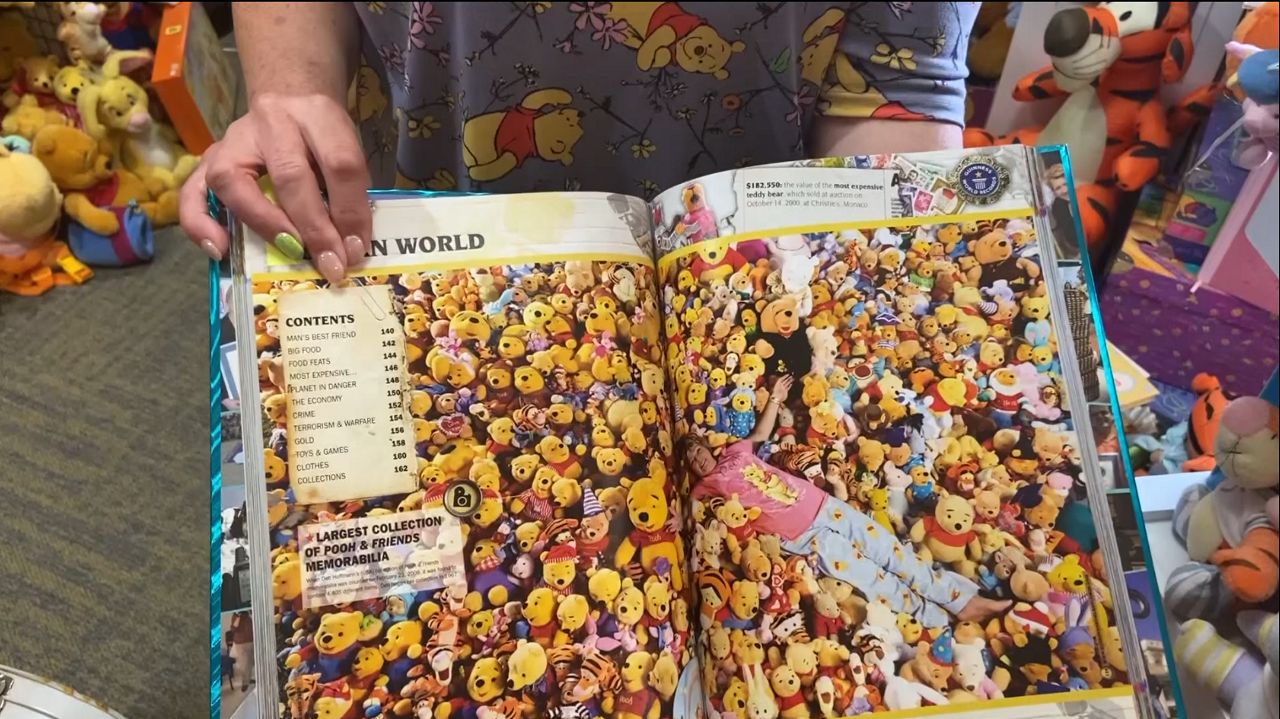 'Sometimes the smallest things take up the most room in your heart': Check out the world's largest Winnie the Pooh Collection

VERNON, Wis.— Can you have too much of a good thing? A Wisconsin record-holder argued there's no such thing.

Deb Hoffman owns 20,000 Winnie the Pooh collectibles— they fill every room in her home, even the stairway.

With a collection that large, it's no surprise that she has a mix of keepsakes, including stuffed animals, figurines and portraits. Some of them date back to the very first Winnie the Pooh design.

This didn't happen overnight. Deb showed Spectrum News 1 a stuffed Pooh Bear that she's had since she was just two years old. But her formal collecting days didn't start until her 20s. 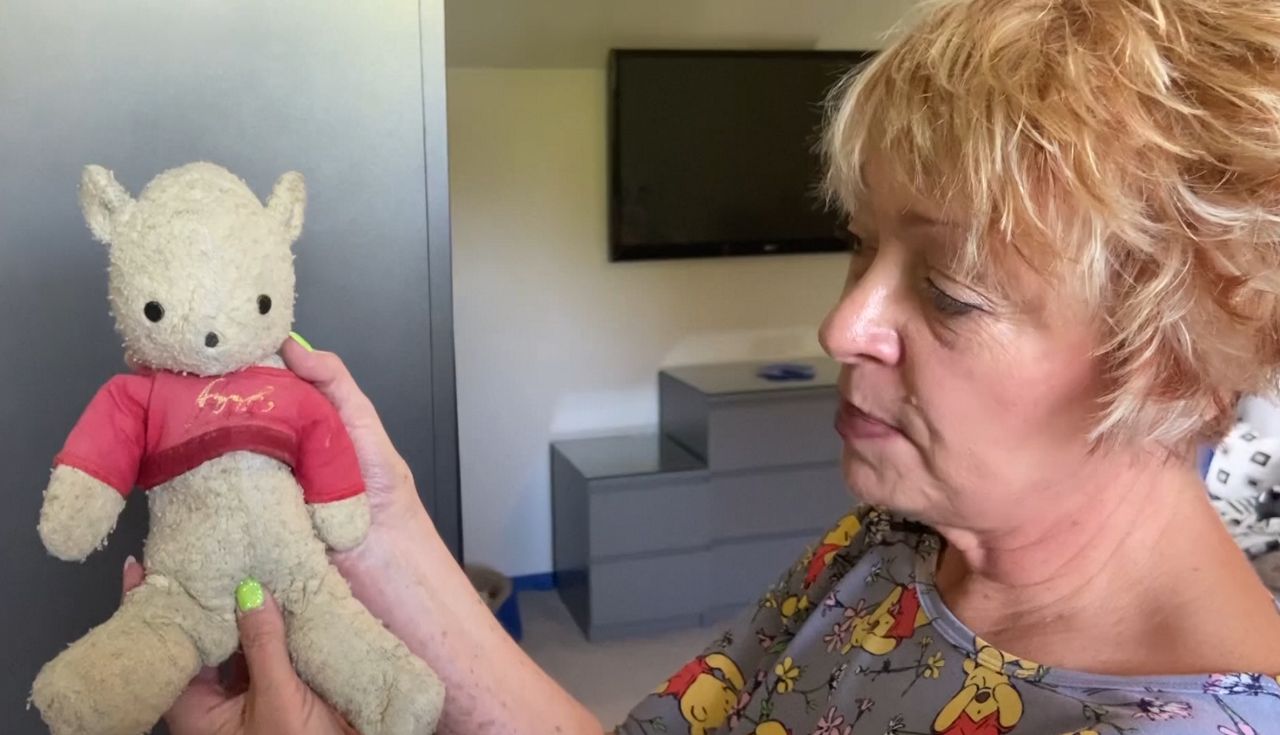 Deb Hoffman shows off her stuffed Pooh Bear, given to her by her parents when she was two years old.

"I would find one, and I thought, 'Oh, I would buy that one.' Then I'd find another one and I would buy that one," she explained. "And then they had ornaments and I had to collect those and before you knew it, oh my goodness I was back into Winnie the Pooh."

Deb said she has some pieces from the 40s, others that came out within the last year and everything in between. Her 20,000 piece set holds the world record for the largest Winnie the Pooh collection. In fact, she's held the world record since 2008.

But Deb didn't set out to do this for the title. She wasn't even thinking about the fact that she was one of Pooh's most loyal fans— until a friend said, "Jeez, I bet you probably have the most in the world."

Deb and her husband, Gary Hoffman, were curious if the passing comment was true, so they got to work. They manually entered each item into the Guinness World Record database.

It took them a year.

“Sure enough, a certificate came back in the mail and said, 'Yes, you’re the Guinness World Record holder and had the largest Winnie the Pooh collection in the world,'" Deb said.

It's been 13 years since that certificate came in the mail, and Deb plans to hold on to the record for as long as she can. Her husband of 34 years is in full support. Gary's actually embraced her "devotion" to the Disney icon. Her love for the chubby little cub has bonded the pair.

"She would see a thing, and we'd go and get that thing. Then we'd see some more things," he said.

It essentially, "just happened," he laughed.

The couple claimed that getting their hands on so many collectibles wasn't a task for them alone. They often receive donations of Winnie the Pooh toys and figurines in the mail. She's found other fans from all over the country— other "Tiggers and Piglets" if you will.

“Like Tigger, I’m not the only one out there," Deb said. "There are other people out there that love Winnie the Pooh."

And as her community and collection keep growing, the space in her house is seemingly shrinking around her.

Whether the couple ends up upsizing or not, Deb and Gary will always have room in their heart for a collection of a lifetime.

At least not when it comes to the "willy, nilly, silly old bear."