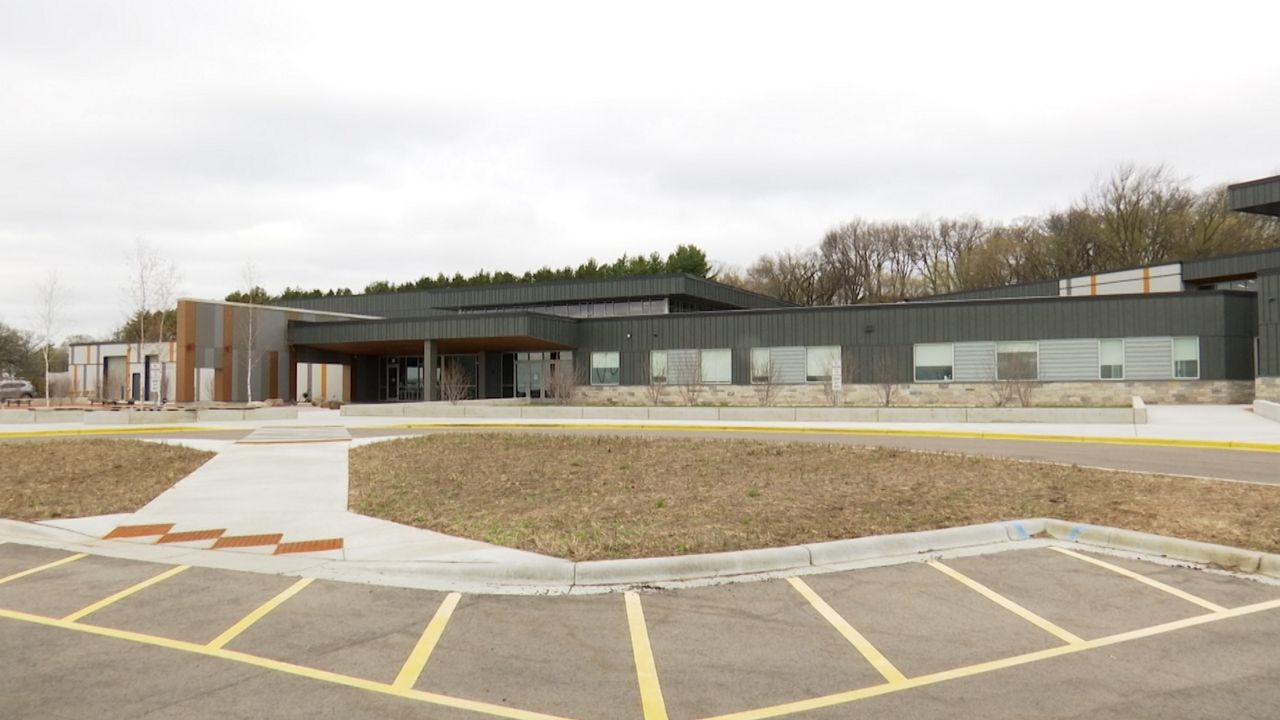 FITCHBURG, Wis. — Forest Edge Elementary School opened in the 2020/21 school year, and it is the first school building in the state to be carbon neutral.

The building is all electric with no consumable fuel on site. Oregon School District business manager Andy Weiland said the building will produce 800 Megawatts (MW) of power of the course of the year and use that much too.

The building has 1,700 solar panels on its roof that can capture energy and power the school or send back to the power grid. It also has 252 Kilowatts (KW) of solar energy battery storage on site. Those batteries can be used for both backup power, as well as powering the school at times when they may otherwise need to buy electricity from the utility. 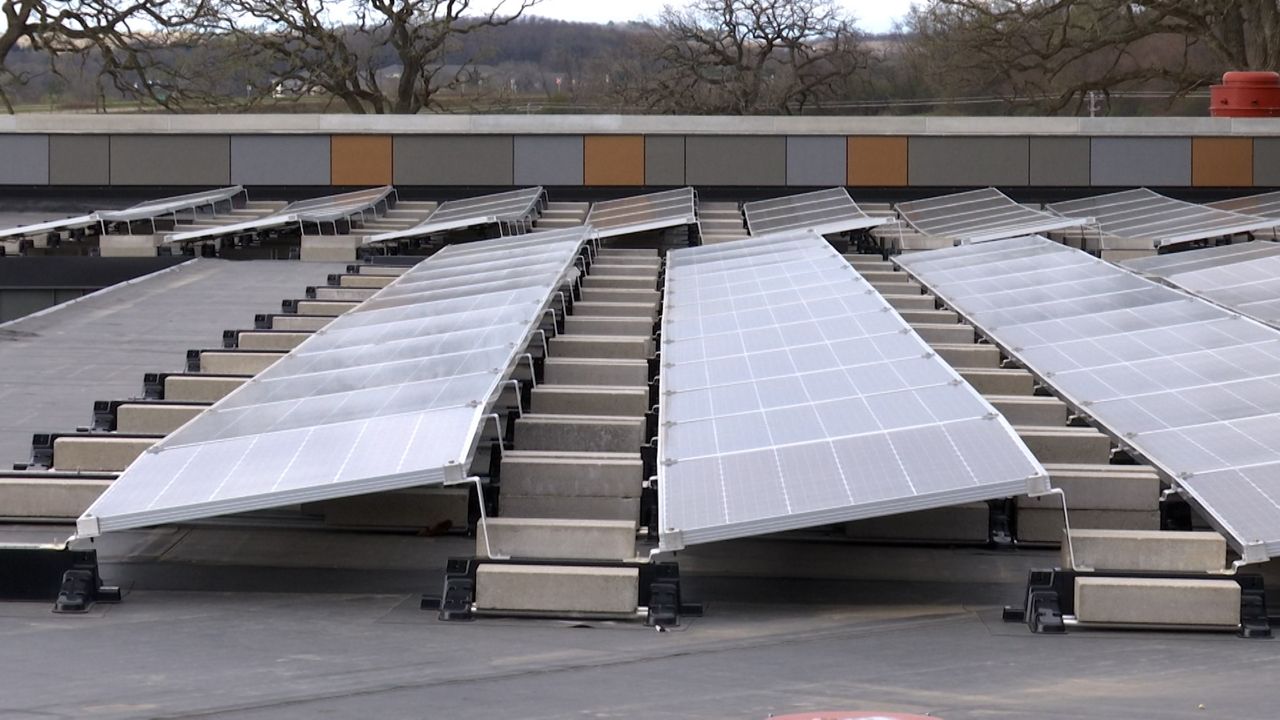 Weiland said they can charge the battery during excess sun times and then use it during energy expensive parts of the day.

“It is really the next step that buildings need to take in order to maximize the use of renewable fuels so that we reduce our carbon footprint,” Weiland said.

The building uses geothermal climate control, utilizing 99 wells that go 460 feet into the ground and pump water around the building, changing directions if the building needs to be heated or cooled and taking water from deep in the ground where the temperature is more constant.

“Heat pumps have been around forever, we're just rather than using air, in this situation we're using water, which has more of a constant temperature cause it's going into the earth,” Weiland said. 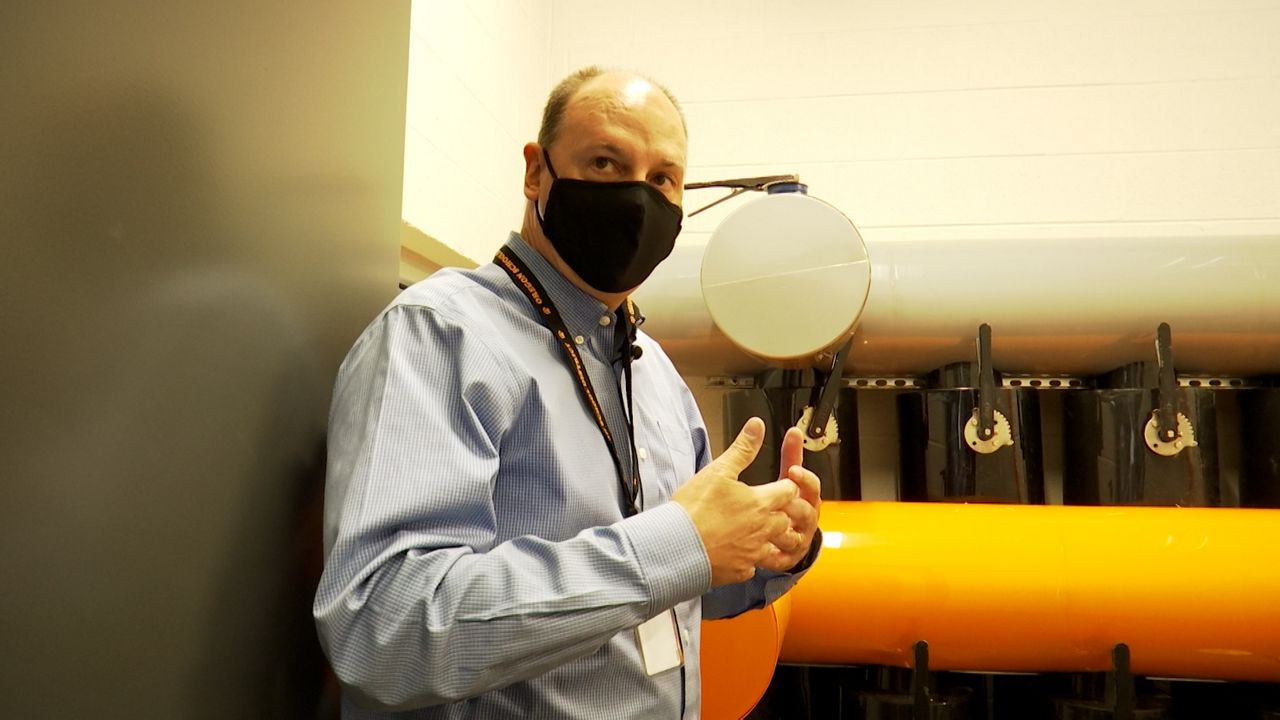 The school cost $35.5 million to build and built off of advancements other schools in the Oregon School District had made, with several other buildings utilizing solar energy and geothermal heat.

Weiland said building a net-zero school building was important to him once the district got the green light to construct a new school.

“I love solving problems, this is an example of how we can solve the problems, and we can solve them today,” Weiland said. “To be able to show that we can solve this problem, it's not insurmountable, technology exists now, it's getting better every day, but it exists now and there are solutions to these issues we can start implementing now.”

The school has other energy efficient measures all controlled, along with the energy production, by a central computer using artificial intelligent components. Window tinting adjusts on sunny days to prevent the building from heating up, lights automatically adjust to sunlight in rooms, turns off certain electric outlets like the car charging stations at times when more electricity is needed for the schools.

“Does it all without anybody touching anything,” Weiland said.

The school also features several educational components, with graphics on walls and windows around the school explaining the school's energy systems, environmental practices, and surrounding nature – the school as the name suggests is on the edge of a forest.

“Once those graphics went up it was amazing to see kids really take time, stop and read, stop and learn, and stop and interact with activities throughout the building,” said Kerri Modjeski, the school's principal. 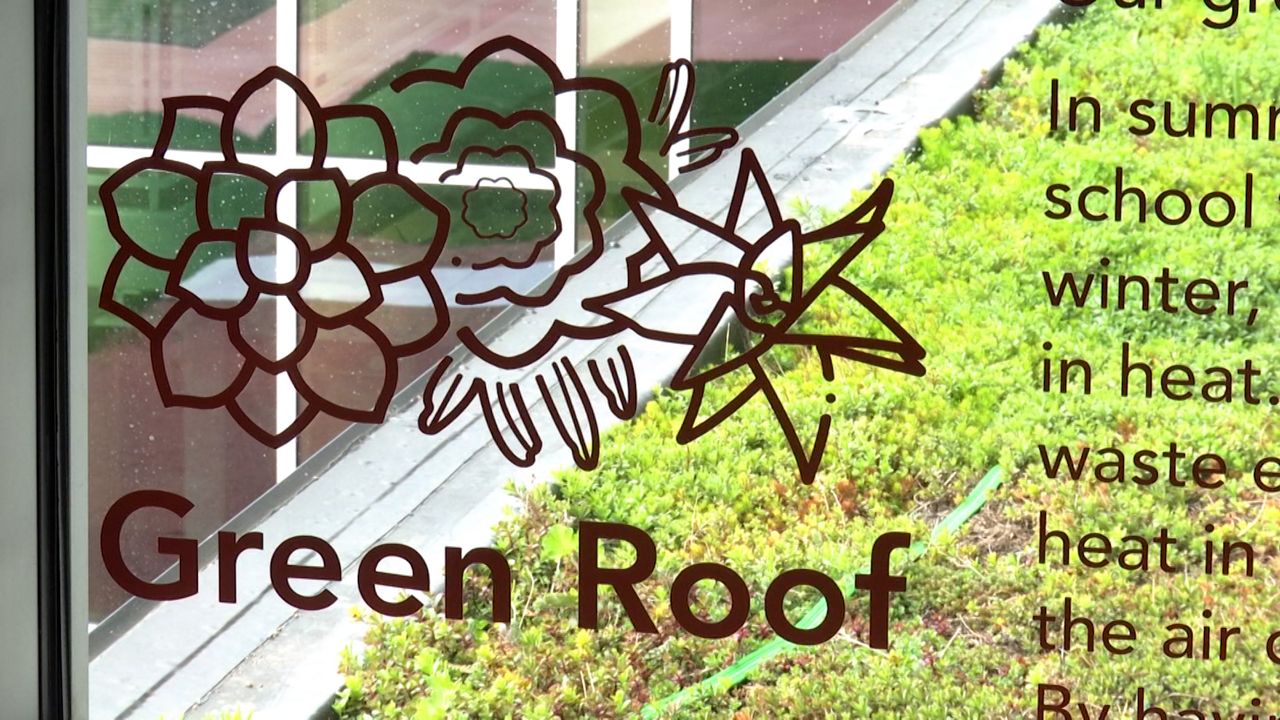 The school has printed educational material around the facilities explaining to kids environmental aspects of the building.

Modjeski said teachers in the district helped come up with the wording on the school's educational signage. With language aimed at younger learners in certain parts of the school and older students in other parts.

She also said the students are taking the time to learn about nature by watching wildlife around them in the school.

Weiland said after carefully planning the school's energy production, conservation and adjustable systems, he is happy to see the school running and operating in a carbon neutral way.

“It has been a dream come true, it really has been,” Weiland said.