Kalee Cambray (center) and other vaccinators get ready to give out shots for Elmbrook employees. (Photo courtesy of Healthstat)

A Year Of Pandemic Learning: How One Wisconsin District Has Managed In-Person School During COVID-19

MILWAUKEE — Dr. Mark Hansen has been working in education for almost three decades. He’s spent the past nine years serving as the superintendent for Elmbrook School District.

But he’s never seen anything like the past 365-days-and-change.

“It certainly far exceeds any other year when it comes to complexity, pace, trying to make decisions that keep all stakeholders’ interests at heart,” Hansen said.


As COVID-19 has swept the world, the challenges for schools have been immense. Districts have tried, on many different approaches, to keep kids learning while keeping everyone healthy. In Wisconsin alone, a patchwork of in-person, virtual, and hybrid models has meant learning styles could differ from school to school or change from day to day.

Elmbrook Schools, which cover around 7,400 students in several cities west of Milwaukee, said they have certainly felt the pressure. They’ve dealt with students getting sick, teachers stuck in quarantine, parents scrutinizing their decisions.

But, all things considered, they’ve built out a relatively stable year: The district has offered in-person classes five days a week since September, Hansen said, with around 75% of their students opting for this in-person model.

“We quickly recognized that this was going to be a really bumpy start to the school year,” Hansen said. “But we stabilized things, and I'm proud to say that we’ve had in-person learning since the beginning of the school year, with some minor exceptions.”

It’s certainly been a long road since the start of the pandemic. Back in March — last March, that is — the district quickly flipped to online learning as cases started to spread in Wisconsin, days before Gov. Evers ordered all schools to do the same.

The move was supposed to be temporary, with students grabbing supplies from their lockers and teachers rushing to figure out Zoom classes. Soon enough, though, the district realized “this pandemic was going to have a grip on us for a while,” and started mapping out what long-term COVID-19 learning would look like, Hansen said.

By fall, the goal was to offer families a choice: Come back for in-person classes, or stick with online learning. And through it all, keep the community as safe as possible.

“The biggest challenge was, when the disease gets into the school — because the disease was going to get into schools — what were the protocols we needed to have in place so it didn't contribute to spread?” Hansen said.

Spring and summer were filled with preparations. The district set up its own medical advisory board of practicing physicians and public health experts, who would meet weekly to talk about the latest COVID-19 guidance and outbreaks. The board helped set safety protocols for the schools, like requiring masks in classes and explaining quarantine guidelines after a possible exposure. 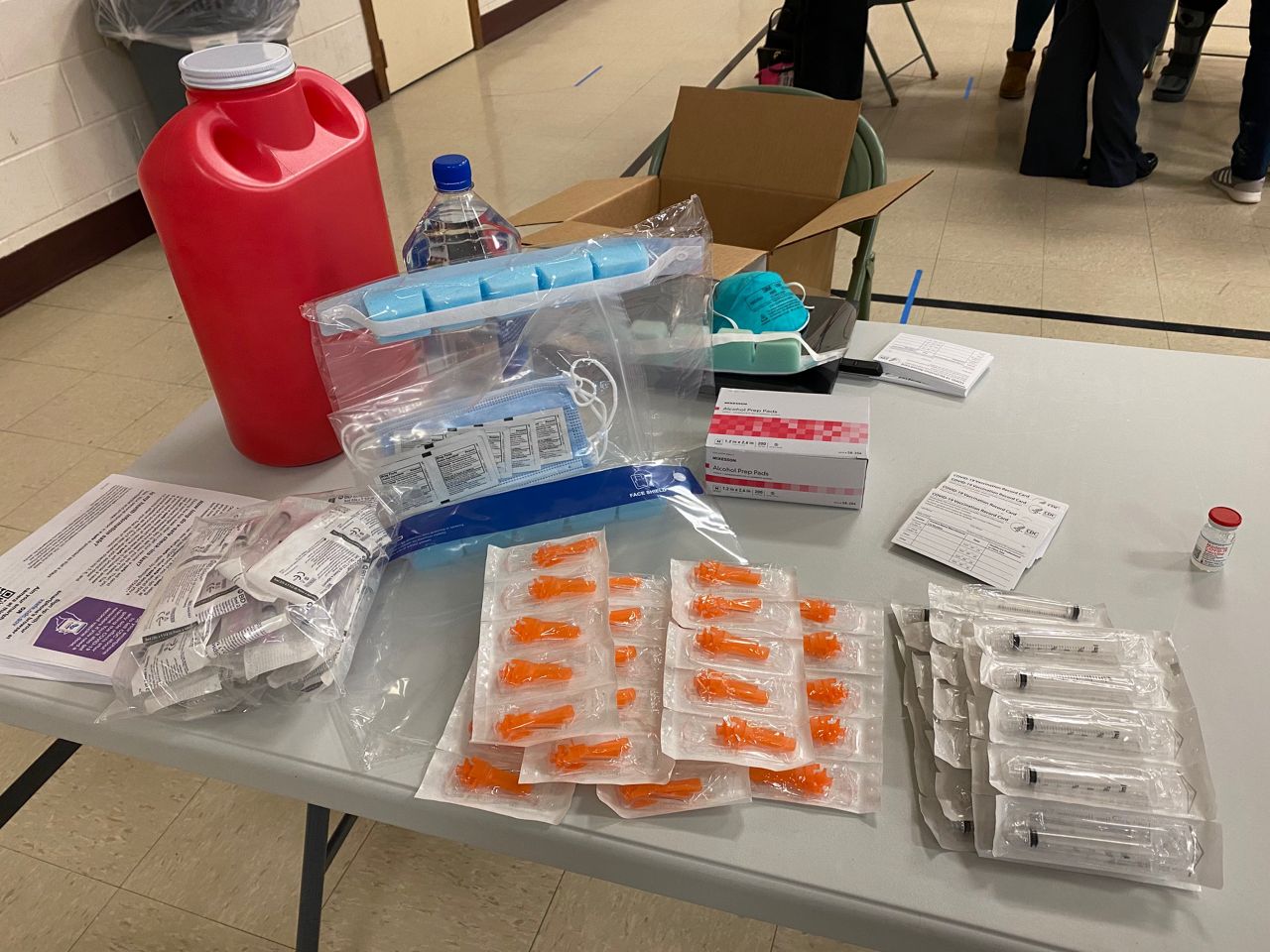 Elmbrook also hired its own contact tracers and set up an online dashboard with the latest case numbers across schools — which Hansen said has become the most visited webpage in the district’s history. As of Thursday, the page showed 10 active student cases and 53 students in quarantine.

Another big piece of the puzzle was testing. Early on in the pandemic, as Hansen put it, “you ended up waiting in lines for hours upon hours just to have your brain tickled by a cotton swab.” And slow turnaround times meant people were waiting days or even weeks for results — leaving them and their close contacts in limbo.

To speed up the testing process, Elmbrook was able to set up its own process of rapid testing for employees, with the help of a secret weapon: The district’s onsite health center.

Since 2017, the district has partnered with Healthstat to offer an onsite health clinic for employees and their families; more than 2,000 patients are currently eligible to use the clinic. It was through the clinic — and the efforts of its nurse practitioner, Kalee Cambray — that Elmbrook was able to offer rapid PCR testing, with same-day results guaranteed.

Of course, even with a lot of work preparing ahead of time, the reality of the in-person pandemic year had its bumps. Dealing with the supply chain alone was its own hurdle, with the district running through around 33 gallons of hand sanitizer per day, Hansen said.

And there was also the challenge of changing people’s behaviors to meet social distancing standards: “Kids congregate together,” he said. “Kindergarteners love to hug. We just needed to find different patterns and routines.”

Students and teachers still got sick as the virus tore through Wisconsin. During the height of the fall surge, the Elmbrook community saw its case rate soar to 1,547 infections per 100,000 people — ten times higher than the benchmark they’d been aiming for at the start of the school year, Hansen said. In two schools, quarantines led to temporary pauses of in-person learning, one from low student attendance and one from low staffing.

Cambray, who managed treatment for some of the district’s COVID-19 patients at her clinic, said it was a scary time as a health care provider to deal with the uncertainty around the new virus.

“We've had anywhere from the people that have no symptoms, and you wouldn't even know they were positive except they had an exposure, all the way to having patients in the hospital,” Cambray said. None of Cambray’s patients at the clinic passed away from COVID-19, she said.

These days, though, there’s been a new glimmer of hope as life-saving coronavirus vaccines have rolled out across Wisconsin. Educators became eligible for their shots on March 1, but Cambray said she was preparing for the vaccines long before then — getting set up with the state’s vaccine registry, rolling out doses to Phase 1A workers in the district, planning how to get shots into teachers’ arms.

When the time finally came to offer their first vaccine clinic to teachers, “it was like Christmas,” Cambray said.

“It was a sheer amount of emotions all coming to one point,” she said. “Happiness and relief and hope, and a lot of hard work.” 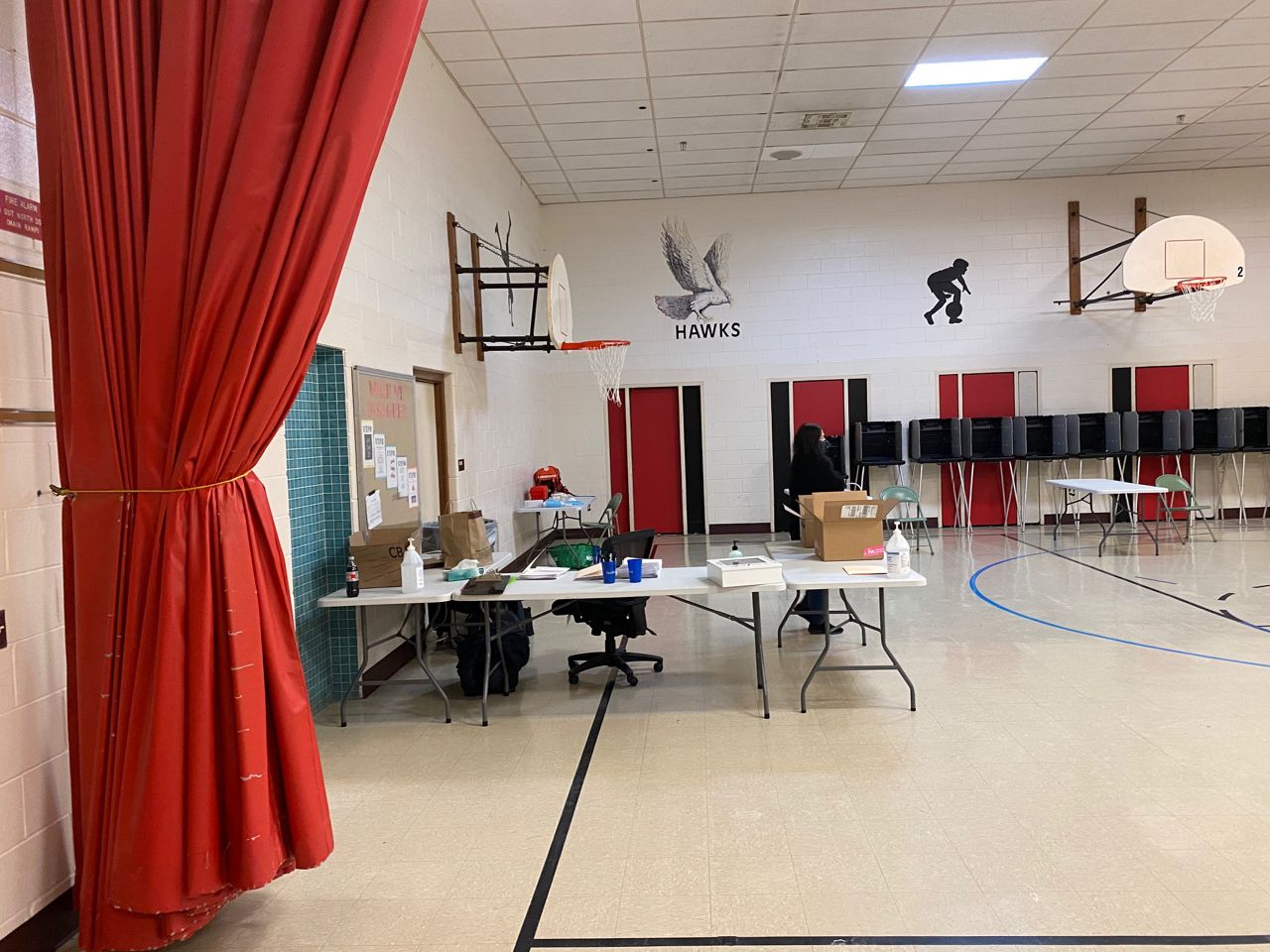 Elmbrook has now vaccinated around 85% of its employees, Hansen said. Heading into the next quarter, which starts in April, they’re expecting hundreds more students to come back for in-person classes.

According to surveys conducted by Elmbrook Schools, families of in-person learners were more likely than those of virtual learners to say their students were enjoying school and felt like part of a classroom community. As of February, 90% of in-person families said they were “extremely satisfied” or “somewhat satisfied” with the schools’ COVID-related safety measures.

Across Wisconsin, too, more and more schools are bringing back in-person learning, as educators are getting vaccinated and scientific guidance has found that classrooms haven’t been a major source of viral spread.

Cambray said as life returns to some form of normal, she’s hoping that people won’t forget to look after their self-care.

“As we start getting back to the hustle and bustle,” she said, “I'm hoping we learn how to shut it off and kind of take some steps back.”

In her work, she’s seen how the pandemic has taken a huge toll on people’s mental health. The Healthstat clinic recently brought on a wellness coach to make sure patients’ holistic needs get addressed.

It’s still hard to say for sure what the coming months will look like for Elmbrook: “My crystal ball broke,” Hansen joked. “It’s a little foggy right now.” But despite the challenges, he said he feels “immense pride” that the district has been able to give families the choice of in-person and virtual learning.

Of course, the pandemic isn’t over yet, Hansen pointed out. With infections still spreading in the community and viral variants popping up in Wisconsin, the challenges of COVID-19 learning are still with us — even after a full year of fighting off the virus.

“I can see the light at the end of the tunnel,” Hansen said. “But the last mile is going to be really hard work. We’ve got to stay diligent.”