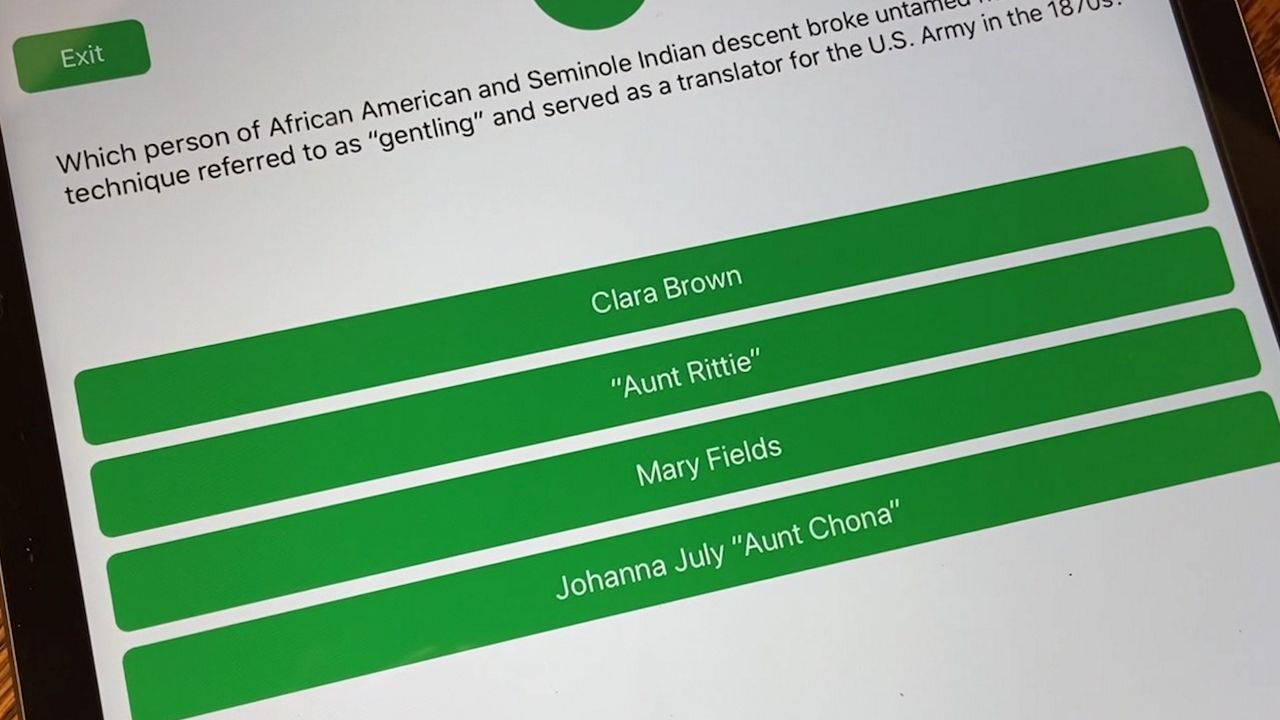 With 15 minutes on the clock, and one click of a button, aside from achieving the highest score out of 100 questions, there’s a unique goal for this new trivia app.

“We want everyone to understand the brilliance of African-Americans, our chief minutes, our contributions, our struggles,” said Deborah Blanks, creator of ‘Blackistory’ app. “It helps people understand why we are in the situation as a nation.“

Learning Black American history in a competitive and fun way.

The Blackistory app is the latest of a laundry list of lifetime achievements for Deborah. A former college tennis player, she spent the last several years competing in the national senior Olympics for track and field.

Deborah’s son and co-creator of Blackistory, Geraud Blanks can tell you, instilling the history of Black culture has always been a top priority for his mother.

“Me and my mother are very close and so we went everywhere together and everything was a lesson,“ said Geraud.

“Racism, discrimination didn’t just occur in a year or two but they were many things over the years that contributed to where we are as a country,“ said Deborah.

Since the app’s public launch, Deborah has teamed with school districts across Wisconsin to ensure Black history becomes a part of its curriculums. She hopes young students, like her own granddaughter, will be up to speed on a part of history that is sometimes left out of traditional school books.

Deborah says her company, Kairo Communications LLP., is currently working on a smaller version of the game strictly focusing on history makers across Wisconsin.