365 Days Of COVID-19: The Year In Pandemic Science

MILWAUKEE — One year ago, no one had ever heard of COVID-19.

That’s because, technically, it didn’t exist. Even as reports of a mystery illness started to pop up in China on New Year’s Eve, it would be days before scientists figured out a new coronavirus was the cause; weeks before they gave the disease its name; and months before they declared COVID-19 a pandemic, putting the whole world on high alert.

Since then, people across the globe have poured their energy into figuring out how the novel coronavirus works — and how to stop it. Here, Wisconsin experts discuss what COVID-19 science has taught us in its first year, and what’s ahead as we turn the corner into 2021.

In the bumpy road toward understanding the brand-new virus, some of the lessons have been “humbling,” says Joyce Sanchez, an infectious disease specialist at the Medical College of Wisconsin.

Early on, she points out, experts discouraged widespread mask usage. At the time, the U.S. was facing major PPE shortages for health care workers, and the jury was still out on whether everyday people wearing masks would reduce transmission. 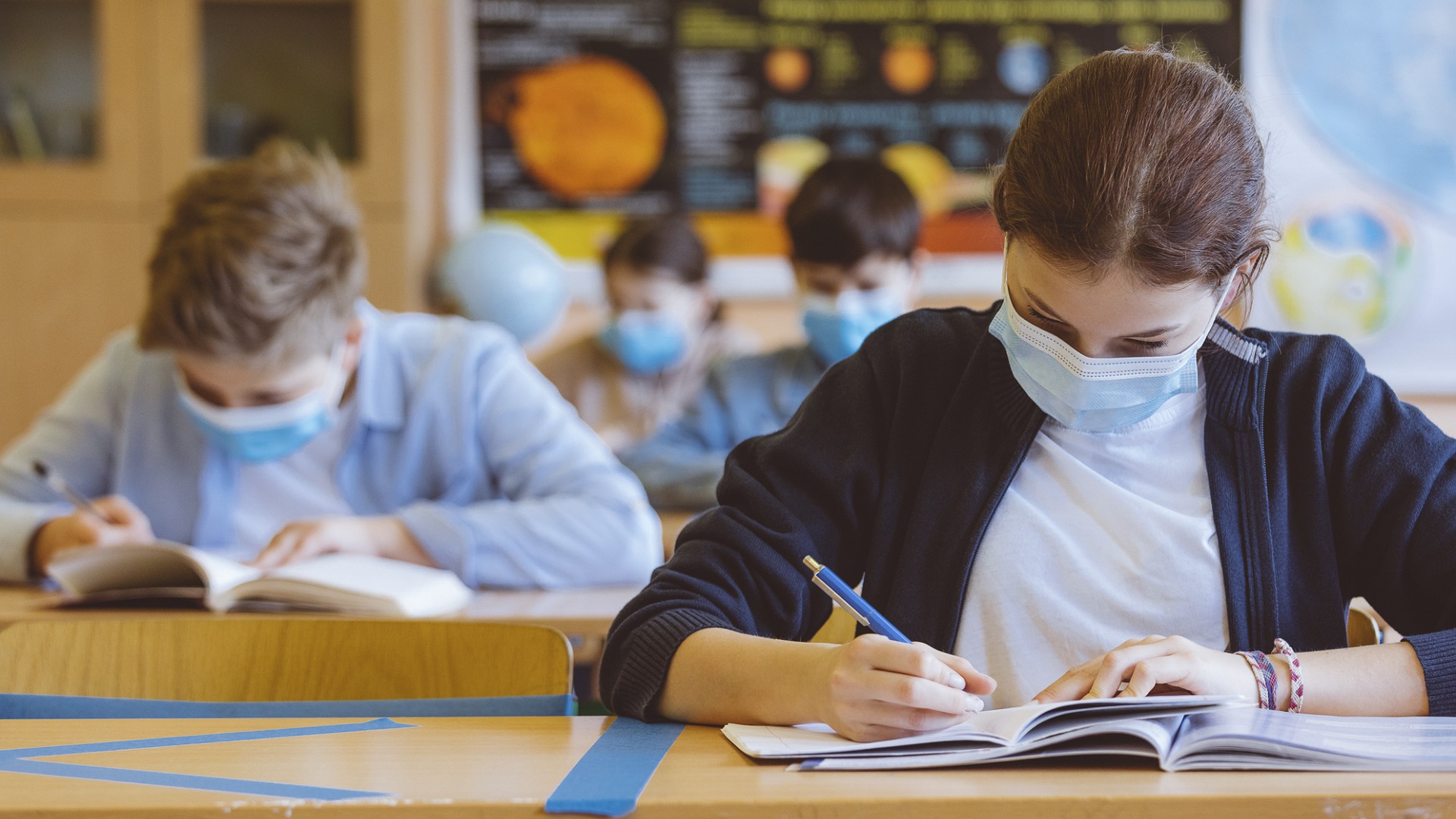 “We didn't really appreciate just how efficiently this virus could spread, and what the efficacy of adding masks was,” Sanchez says.

Since then, plenty of scientific evidence has shown that masks do make a big difference, and experts have turned around their guidance. In fact, masks have become especially important because, as we’ve also learned this year, the virus is often transmitted by people who don’t feel sick, virologist Dave O’Connor points out.

Research has found that around half of COVID-19 infections may be spread by people who aren’t showing symptoms yet, says O’Connor, a professor of pathology and laboratory medicine at UW-Madison. A significant chunk of infected people may never show symptoms at all.

“You have this situation where the virus can spread silently, in a way that makes it very hard to control through testing,” O’Connor says. “It’s going to continue to be a major challenge to contain.”

Gaining a better understanding of how — and how fast — the virus spreads was a major help for Oguzhan Alagoz, an industrial and systems engineering professor at UW-Madison.

Alagoz, who specializes in disease modeling, was tasked this year with helping predict the spread of coronavirus to help hospitals prepare. And he had to do so at a much faster pace than he’s used to — in a matter of weeks instead of years.

Since the early days, he says, we’ve answered, or at least gotten closer to answering, many questions that are essential to refining these models, like: How contagious is the new virus? (More than flu, but less than measles.) Do changing seasons have an impact? (Yes, but it’s not a huge difference. Remember when we thought the virus might go away in the summer?)

And, importantly; “We learned that human behavior is the single most important aspect to predict what’s going to happen in the pandemic,” Alagoz says.

Looking at the numbers alone isn’t enough to figure out the virus’s trajectory, he says. Instead, he’s learned to place a lot of weight on how people behave — and even how they might change their behavior based on models like his. On a wider scale, O’Connor says he’s been surprised by the “choose your own adventure” quality of the pandemic, or how policy decisions can have massive effects on infection outcomes.

One discovery that served up some much-needed good news: “The virus is easy to vaccinate against,” O’Connor says.

The Moderna and Pfizer vaccines, along with others in various stages of development, target the spike protein on the surface of the novel coronavirus. Because this spike has been pretty stable over the course of the pandemic — with some exceptions — it serves as a relatively easy focus point for vaccine developers, O’Connor says.

That’s an important difference from other viruses — like HIV, which has a more variable surface and lacks an obvious target for the immune system, he says. Scientists have worked on HIV for decades and still don’t have an effective vaccine; for COVID-19, though, they’ve produced several within a single year.

“The fact that we have a vaccine, or multiple vaccines, is a testament to how hard people have worked, yes,” O’Connor says. “But we also have to acknowledge that there is a big component of luck involved.”

Of course, scientists have faced their fair share of challenges this year, too. A major stumbling point has been the mixed messaging around coronavirus precautions, says Dominique Brossard, chair of UW-Madison’s Life Sciences Communication department.

“Risk communication 101 is, we need transparent, credible, and consistent messaging,” Brossard says. “And that hasn’t been done.”

These principles aren’t new, she says, but this year has shown that good science messaging is easier said than done.

For one, acknowledging uncertainty, especially as we’re still constantly learning about the virus, is essential, she points out. Science is an incremental process, so it’s dangerous for messengers — whether in government, public health, or media — to talk about still-ambiguous concepts in concrete terms, she says.

“Pretending things are certain and then contradicting yourself in the future is going to hurt more than anything,” Brossard says. “And we know that trust is very hard to build, it’s very easy to destroy, and then it’s hard to build again.”

Alagoz says he’s seen this happen with coronavirus modeling: When a model predicts a certain number of cases or deaths, people will take that number literally, instead of recognizing that the predictions are limited and not exact. Especially in a pandemic with so many factors involved, Alagoz says any specific numbers for more than a couple months in the future are basically “fortune-telling.”

On top of these challenges, Alagoz says he’s been troubled by the politicization of the pandemic: “That should never happen,” he says. Add to that a fragmented response between federal, state, and local levels, and we’ve found ourselves in a public health response that is “complicated,” to say the least, Brossard says. 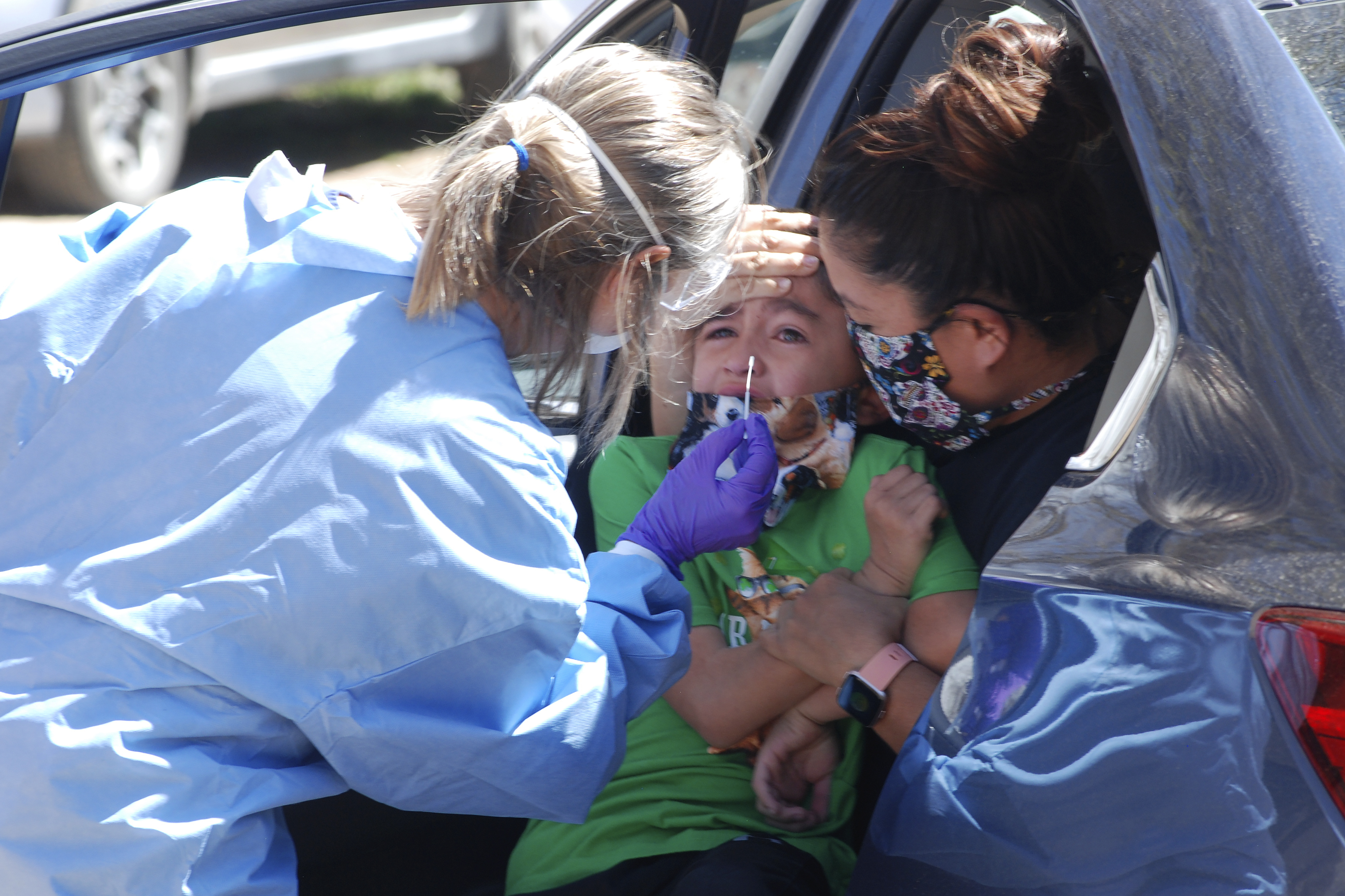 Another challenging piece of the pandemic has been its unequal burden, Sanchez points out. Across the country, including in Wisconsin, certain groups have suffered disproportionate shares of COVID-19 cases and deaths — particularly Black, Latino, and Native communities.

Even with all we’ve learned so far about SARS-CoV-2, there’s still a lot of ground to cover in 2021 and beyond, these experts emphasize. After all, it is a novel virus, and a single year isn’t enough to understand its full effects.

For one, we don’t know how long some of the lingering COVID-19 symptoms might last, or whether recovered patients could face other problems down the line, O’Connor says. Some viruses — like chicken pox, for example — can still have impacts years after an initial infection.

“We have to have a lot of humility about not understanding what the long-term consequences are until we have the opportunity to observe them,” O’Connor says.

In the same vein, we’re still playing the waiting game to see how long immunity really lasts, whether from natural infections or from a vaccine, Sanchez says. Plus, more research is needed to understand whether the vaccines are fully preventing infections or only stopping symptoms, she says. 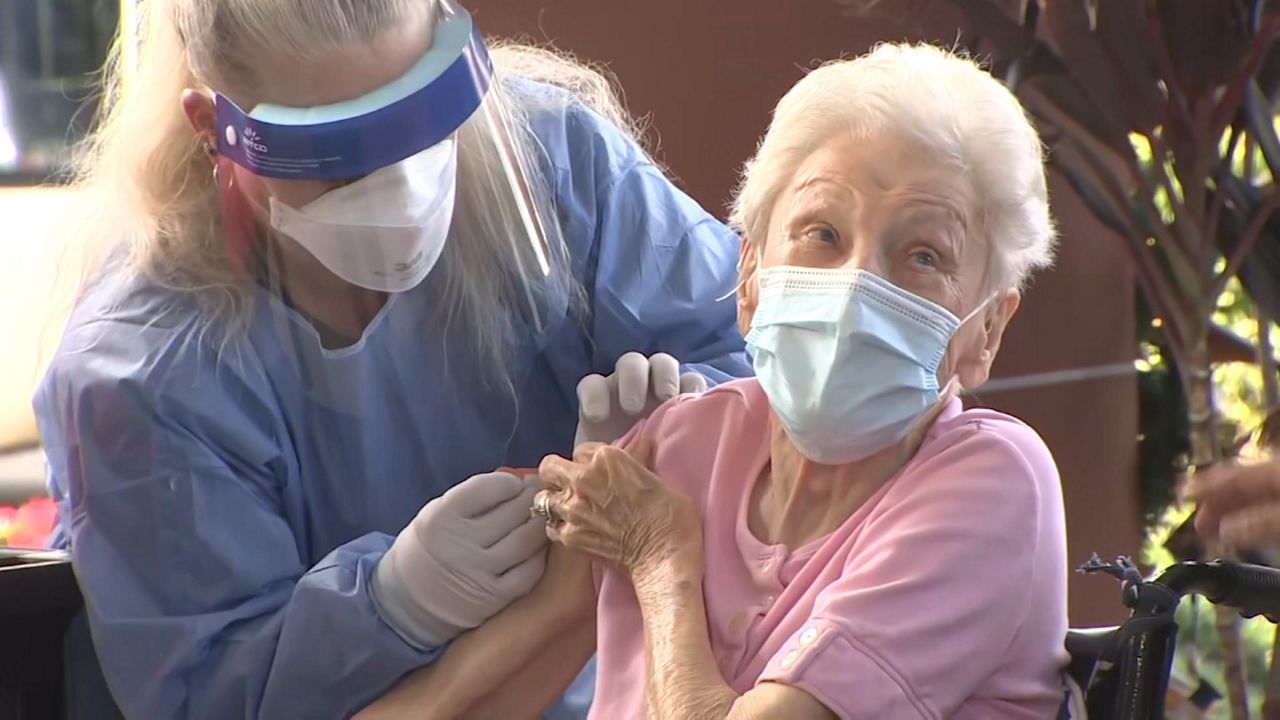 The Pfizer and Moderna studies focused on whether the shots protected people from getting sick (which, by and large, they did) — but so far, it’s less conclusive whether a vaccinated person can still get an asymptomatic infection that can spread to others.

“When we know that, if we see a positive signal there, that’s when I’ll feel more comfortable getting on an airplane, for example, or going to that Green Bay Packers game,” Sanchez says.

Even beyond the COVID-19 pandemic, there’s one aspect these scientists hope will stick around: The extraordinary level of collaboration.

Across countries and disciplines, experts have pooled their knowledge to address the central crisis of the pandemic. Alagoz says his COVID-19 modeling has been some of the most interdisciplinary work he’s ever collaborated on; O’Connor says that such collaboration could be the “really shining light” that comes out of a difficult year.

Sharing expertise across borders and other barriers could help scientists better respond to complicated problems in the future, they say — and finish out their work on our current crisis.

“We have had unprecedented victories,” O’Connor says. “That doesn't mean that the game is over. And in some ways, it means that we're just beginning.”