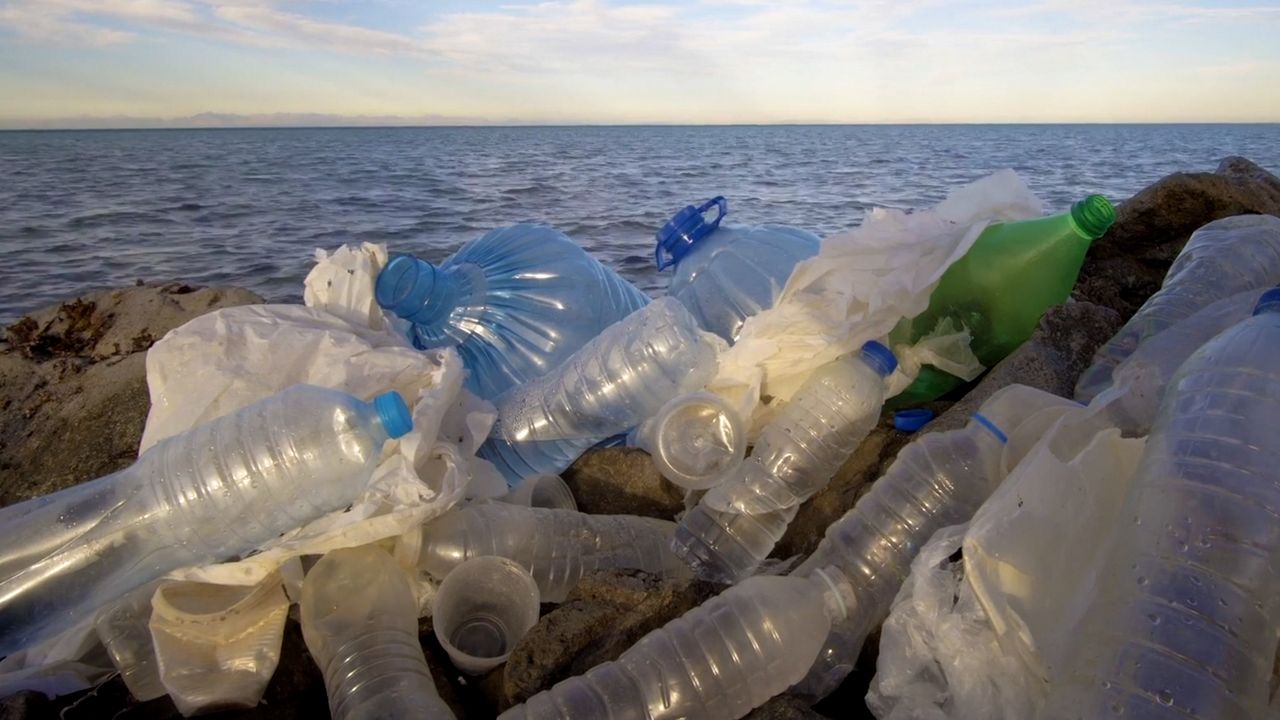 MADISON, Wis. — A team lead by Wisconsin scientists is working to cut down on massive plastic waste globally, and the efforts are gaining momentum.

The U.S. Department of Energy recently awarded researchers at the University $12 million to lead a Multi-University Center on Chemical Recycling of Waste Plastics (CUWP). One of their first projects tackled a previously unrecyclable type of plastic.

If you've been grocery shopping for a while, you may have noticed a shift in how a lot of food is stored.

“If you go to the grocery store today you'll notice a lot more of your food is packaged in plastic packaging than it was 10, 20, 30 years ago,” said George Huber, a chemical and bioengineering professor at the UW-Madison and leader of the CUWP.

These are commonly multi-layer plastics — layered films made out of different plastic materials to form one package.

“None of these films can be recycled today,” Huber said. “All of these films that are produced go to landfill because there's no technology to recycle them.”

Scientists at UW-Madison have developed a way to recycle these.

“What we wanted to do was to design a method to extract each individual component in a very pure form,” said Reid Van Lehn, a Conway Assistant Professor with the University.

Van Lehn developed a method to match solvents to individual films used in multilayer plastics that will dissolve them one at a time leaving the other layers behind without damaging it. The solvents can then be evaporated off, leaving the plastics in the original form. It's a process called solvent-targeted recovery and precipitation, or STRAP.

“Here we're getting back the original polymers that can then be immediately remade back into the film,” Van Lehn said. “So in principle it's a very efficient recycling process.”

The scientists want to see this used in industry, and some companies, like Amcor, have signed on to help further the research.

“Ultimately if they're economically competitive against repurchasing and re-synthesizing virgin materials then they will be adopted by industry and that's how we make recycling actually a reality,” Van Lehn said.

Part of what the CUWP does is model the technology from an economic standpoint. Showing STRAP can be profitable at a high enough scale.

“As long as our scale is large enough, this technology can make the plastics cost lower than the virgin cost of the plastics and also have a less environmental footprint,” Huber said.

Which can ultimately keep plastics from polluting our environment and make recycling more profitable.

Part of the center's work will look further into pyrolisis, another form of recycling that restores plastics to their original form without denigrating them.

The project is in the first of five years. The scientists hope by the end they can re-shape the global recycling industry.

“We're trying to make impacts in Wisconsin, we'd love Wisconsin to become the global leader of plastic recycling,” Huber said. “But then we also want these technologies to be used in the U.S., North America and also throughout the world.”