GERMANTOWN, Wis. — Even as nearly two million Wisconsinites had already sent in their ballots ahead of Election Day, voters across the state still made the in-person trek to polling places — with some very different voting experiences as a result.

In Germantown, a village at the edge of crucial Washington County, a slow but steady stream of afternoon voters moved through the polling site at the American Legion Post. People trickled in to cast their votes at about a dozen ballot boxes, some of them set right up against the still-stocked bar.

You know you are voting in Wisconsin when....This polling place in Germantown wins the ambiance award. pic.twitter.com/O3N6uV8zsY

Chief elections inspector Dave Rampson said things had slowed down there since an initial morning rush, with the site averaging about 100 voters per hour. Even though about half of the poll workers onsite were first-timers, Rampson said everything was going smoothly.

Rebecca, a 45-year-old voter at the site, said she was in and out in about 10 minutes. For 36-year-old voter Aaron, the quick voting experience came as no surprise: “It’s always easy here in Germantown,” he says.

About 20 miles down the road, though, voters needed to practice a little more patience. Multiple polling sites in West Allis, part of Milwaukee County, reported wait times of at least an hour. Though West Allis has about three times as many residents as Germantown, it only had one more polling place listed for Tuesday’s election — five in West Allis compared to four in Germantown.

The line at West Allis HS stretches all the way down this block, I’m told there’s about an hour and a half wait here to vote @SpectrumNews1WI pic.twitter.com/B6hU1Qv2NQ

At West Allis City Hall, a line of voters snaked for blocks around the building; election observers wandered through the crowd to hand out snacks and water bottles. Just inside the doors, some poll workers were busy processing stacks of absentee ballots at the city’s central count site as others worked through the constant stream of in-person voters.

The Fisher family — including John, Sherry, and their son Ethan, a first-time voter — said it took them about an hour and a half to make it through the whole process. Still, Sherry said she was encouraged to see so many people out voting, and that it was “worth it” to show up in person.

“There’s just something about putting your ballot right in that machine,” she said.

Overall, despite some long lines, voters at both sites said their experiences with casting their ballots were relatively smooth.

Many voters also shared another sentiment: Relief that a contentious election season would be over soon (though just how soon is hard to say).

Voters described the 2020 election as “hectic,” “a joke,” “horrible,” and “insane.” They said they’re tired of constant calls and texts, negative ads, and divisive conversations.

Carmen, a 41-year-old voter in West Allis, said she didn’t talk to her family about the candidates because she wanted to “respect everybody’s opinion.” She and her son Arturo, who was there with her casting his first-ever ballot, hadn’t even told each other who they were voting for.

And Rebecca, in Germantown, said as a mail carrier, she’d been delivering a “ridiculous” amount of political mail this year — much of it more vicious in tone than in past elections.

As for the issues on the table, voters cited a wide variety of topics that had influenced their presidential picks. 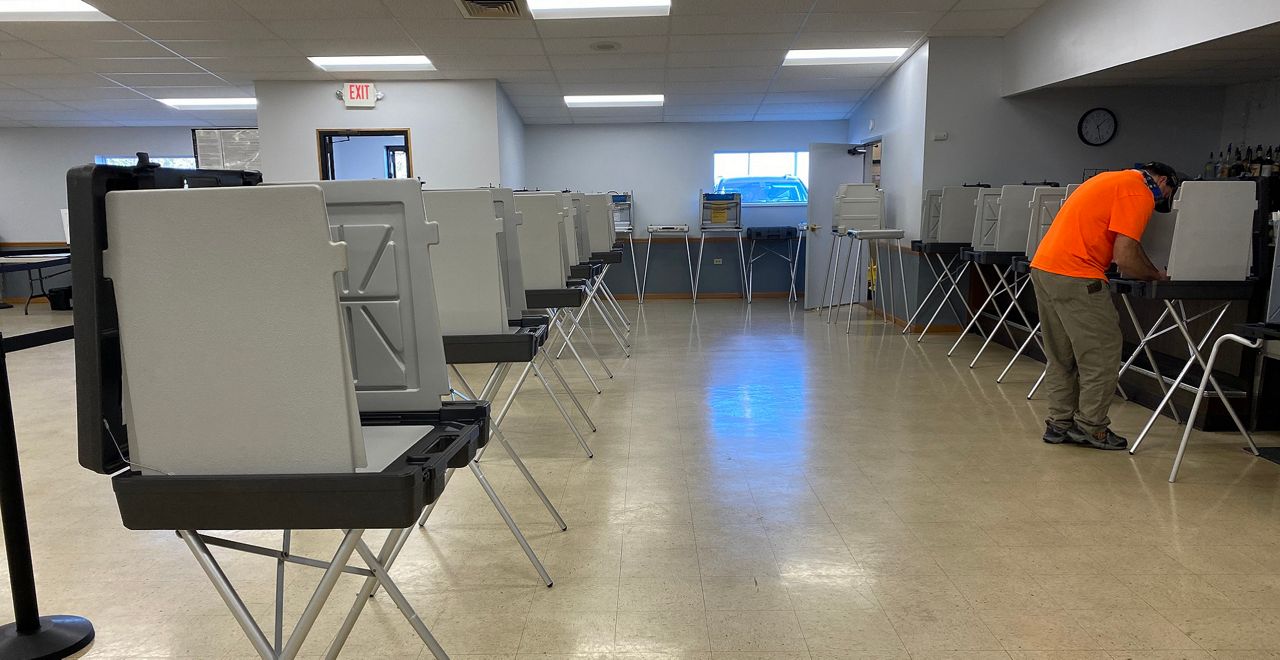 Spencer Tait, a 22-year-old Biden voter in Germantown, said the environment, civil rights, and equality were all at the top of his mind. The Fishers, who all cast their ballots for Trump, said they liked his moves toward smaller government, his judge appointments, and “how he says it like it is.”

Many were also thinking about the COVID-19 pandemic as surges in Wisconsin continue; the state reported a record high daily caseload on Election Day. Gary Engel, a 66-year-old voter in Germantown, said he voted for Trump to make a statement — though he recognized the pandemic as a real concern, and even saw a neighbor die of COVID-19 recently, he said he thought the president shouldn’t be blamed.

“People shouldn’t look at COVID as a political issue,” Engel said. “They should look at it as a health issue.”

In a year with record-high absentee voting in Wisconsin and across the country, voters had different reasons for still showing up in person: a sense of security that their ballots would be counted; force of habit; principle that “Election Day is Election Day”; even just “laziness,” as Tait joked.

Now, with their votes in, these Wisconsinites were ready to wait out the night— with varying levels of optimism.

“We’re just trying to see what happens,” Carmen said. “Hope for the best. That’s all we can do.”