An Illinois Church, Once Led By Jacob Blake’s Grandfather, Prays For His Recovery

EVANSTON, Ill. (SPECTRUM NEWS) — In Evanston, Ill., across state lines from where Kenosha police shot Jacob Blake, lies a church and a community shaped by his family’s legacy.

Blake attended middle and high school in Evanston, and his roots in the city run deep: His late grandfather, also named Jacob Blake, was the pastor for Ebenezer African Methodist Episcopal Church decades ago.

“Rev. Jacob Blake Sr. was very involved in the community,” says Rev. Deborah Y. Scott, the current pastor at Ebenezer. “People do know him, and they knew his family.”

In his time at Ebenezer AME — the first Black church in Evanston, founded 138 years ago — Blake Sr. was an active voice in the community, Scott says. During the 1960s and ‘70s, he led civil rights marches in the wake of Martin Luther King Jr.’s death and spearheaded efforts to change Evanston’s housing laws. 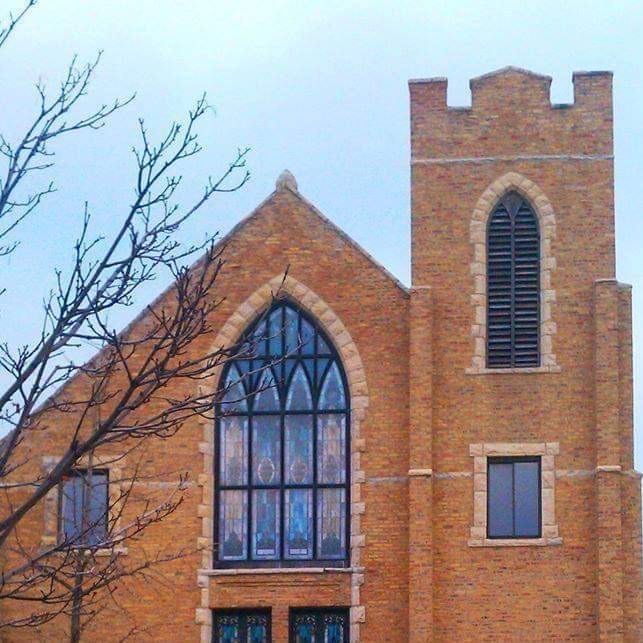 Today, the “fruits of his labor” remain in Evanston, Scott says — including two senior housing buildings, the Ebenezer-Primm Towers and Jacob Blake Manor, that provide subsidized apartments to seniors.

Now, as the news of the shooting has torn through the U.S., it’s cut especially deep for some community members. Scott says that while she’s only been the pastor at Ebenezer AME for four years, some of the church members who have been around longer knew Blake Jr. as a young man.

“They still feel like he was part of the family,” Scott says. “Some of them have indicated that they've just been really, really shaken, as it always feels when it comes close to home.”

They’ve all been praying for Blake and his family to recover, she says. And this Sunday, the congregation will be holding a “Community Service of Lament” in his honor.

The socially distanced outdoor service, held in conjunction with Second Baptist Church, will include speeches from local clergy, the mayor, and the city’s police chief.

“We thought it was fitting to just take this moment to sort of come together, allow everyone in the community to come together and just kind of grieve what's happening,” Scott says. “What has happened to Jacob, and what is happening all across our country.”

In addition to being a time for healing, though, Scott says the service will also be a call to action. Her church, as well as the AME church on a national level, have long prioritized social justice: “That’s just part of our DNA,” she says. For her, there’s still a lot of work to be done in her community and beyond, like addressing inequality between Evanston’s wards and changing police practices.

National leaders from the AME Church also issued a statement calling for action against the “systemic violence against men and women of color” in the wake of Blake’s shooting.

“Brother Jacob Blake, III is one of the fruits of the AME Church tree of faith, freedom, and family,” they write. “The Blake family has served as ministers for four generations in pulpits around the country.”

Blake’s cousin is actually a current pastor in the AME church, Scott adds. Now based in Detroit, he helped shed light on the water crisis in Flint, Mich., which she says is another example of the church’s mission to be involved in the community.

That underlying drive to “try to make life better for others” showed up in Blake’s work, she says, and continues to motivate his church today, as they pray that his grandson will recover and that lasting change will come from all of this.

“We all believe that we are made in the image of God,” Scott says. “With that in mind, we believe in equality, justice, fairness, love, hope. And so, whatever it is that we do, we hope to emphasize those things.”