Justice For All: Inside the Roundtable Discussion

WISCONSIN (SPECTRUM NEWS) -- "No justice, no peace," rings throughout the nation, and especially on Wisconsin streets. But what does justice for all truly entail?

Sachelle Saunders from Spectrum News 1 headed up a roundtable discussion as part of the "Justice for All" series to dive deeper into just that. She's joined by State Sen. Lena Taylor, (D) Milwaukee, Dr. Ruben Anthony, CEO and president of the Urban League of Greater Madison, and Chief Andrew Smith, of the Green Bay Police Department -- all of whom spoke on the Black Lives Matter movement, racial inequities and inequalities in Wisconsin, policing and what the future looks like for Black Wisconsinites.

The group kicked off their first segment with a national issue: Policing. 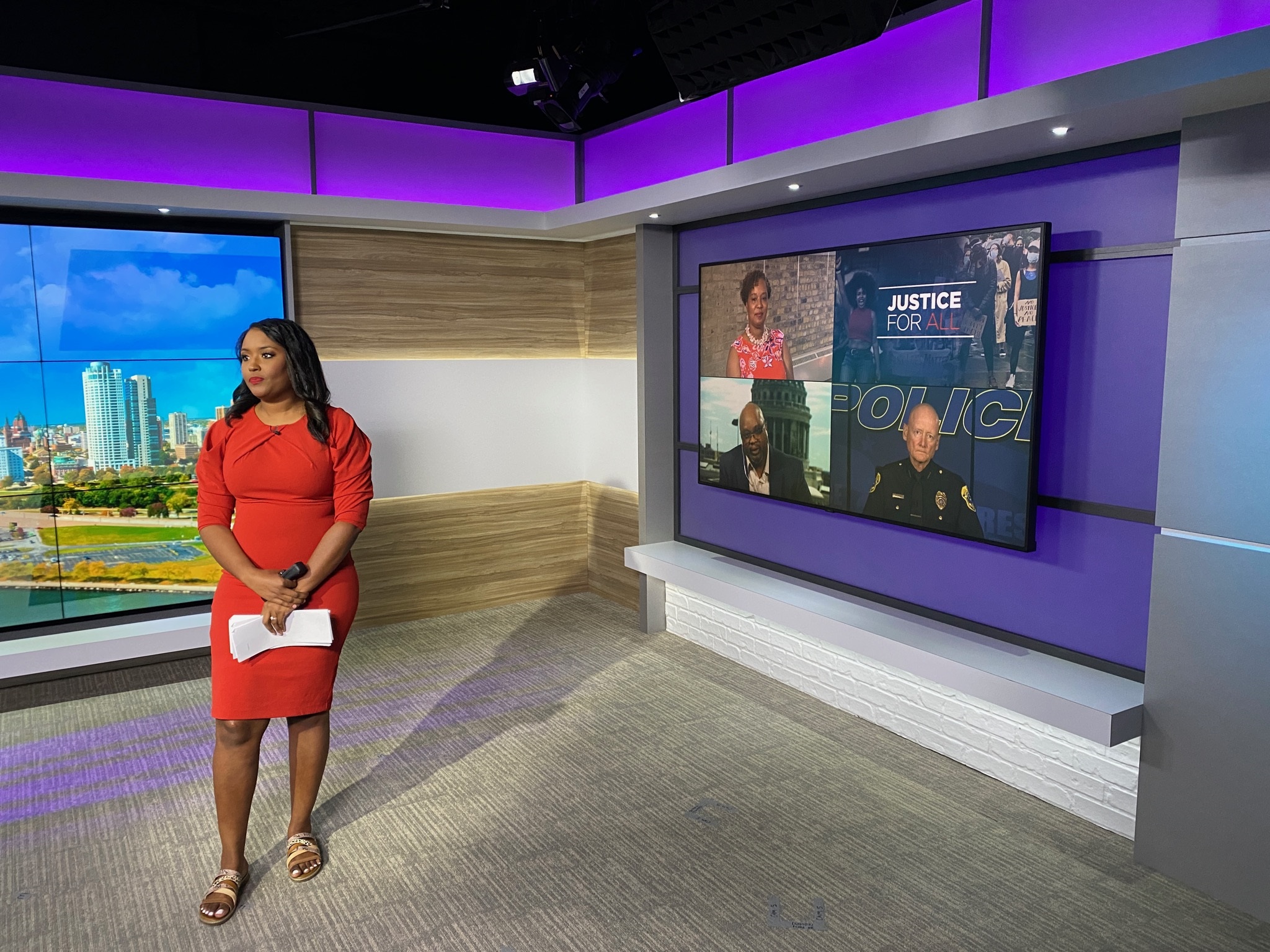 Smith said that community policing is crucial for all districts in Wisconsin and the nation. However, police departments who are just adapting that model now, are years behind their peers. Concerns that initially rose to departments' attention when the Black Lives Matter movement started seven years ago, should have been addressed more immediately. As concerns continue to be amplified, he stressed the importance of relationships between communities and police officers.

"I think it's important that police agencies recognize that the time to start community policing is not when there's a group of people outside your front door with pitchforks and torches and they're angry about things. The time to build those relationships is at the very beginning and you need to build and nurture and continue to build those relationships," said Smith. "So I think the successful police agencies are the ones that recognized years ago that it's not an 'us against them,' and policing's not something we do to a community; it's something we do with a community."

Taylor says Smith's sentiments echo the desires of her constituents in Milwaukee. They're asking for respect from the very people who are supposed to be serving them. Respect is a two-way street.

"It's not the time to be combative. Community policing is something that you need to do in your everyday actions with your constituents. It really is a reflection of a level of respect, for not only the job, but for the people that you serve. And, if you are not a person who is going to do that, and demand that type of policing as the head of a department, you're going to have challenges because you are not, very candidly, showing respect to the very people that you are serving," said Taylor.

As police departments all over the state strive to rebuild, or even build, respectful connections with their respective communities, how they are run is being called into question.

Defunding the police has become a standard rallying plea among protestors nationwide. 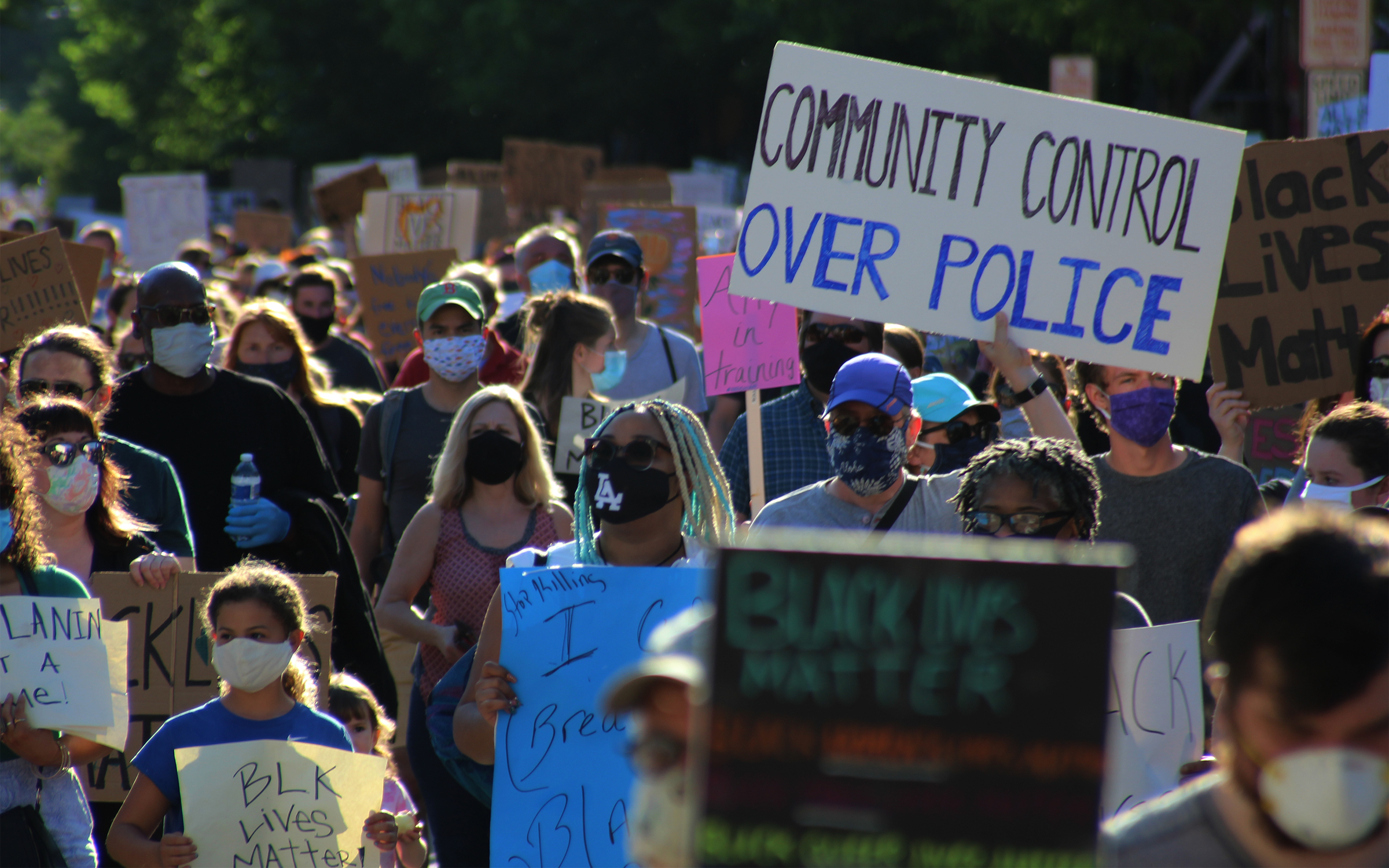 While this primarily focuses on shrinking police agencies' budgets in an effort to redistribute funding, specifically to black organizations, there have also been calls to utilize other authorities and groups besides police to aid civilians in crises.

For instance, if a person calls 911 for help in a mental health crisis, it has been suggested that a social worker may be better equipped to handle the situation than an officer. Smith said he has a social worker in his department who works with two officers specifically for such instances. He would welcome having more social workers on his team.

And while funding and power distribution is a major factor in policing issues, accountability is just as important.

In addition to camera usage, both Smith and Taylor noted how important officer-accountability is within departments themselves in an effort to break the Blue Wall of Silence. If an officer is misbehaving, other officers do have a responsibility to intervene and report the incident.

Anthony said that cameras should be the law. And many echo his stance, and are urging their officials that police reform practices should also be put into law.

Taylor said that she believes the real issue is making individuals change their behavior. Accountability may be more effective than passing a law.

She says there are things they are working on things like banning chokeholds and having accountability. She wants to continue to protect "good cops" while holding "bad cops" accountable. She said this does not currently exist.

When looking at legislation, policing is not the only realm being evaluated.

If one group is not doing well, in this case Black Wisconsinites, then their lack of success has a harmful impact on the rest of the population.

Taylor noted that there are major racial disparities between Black people and their white peers when it comes to areas that Wisconsin is "rock bottom" in such as homeownership and entrepreneurship, then those should be "areas where the state will do collaborative work to try and figure out, 'How do we address those?"'

Governor Tony Evers has suggested creating a coordinated council that would address both homeownership and entrepreneurship.

Wisconsin ranks as the third-worst state in the nation as far as homeownership goes for its Black population. Only 27 percent of Black families own a home, compared to 70 percent of white families.

In Dane County, only 10 percent of Black families own a home, making them the worst in the nation.

Anthony said Wisconsin has made no progress in closing economic gaps.

Working toward racial equality for Wisconsinites goes beyond striving for equality, though, according to Anthony.

"Equality is when you're giving people equal amounts but equity requires you to level the playing field and make adjustments to meet people where they're at," he says.

Oftentimes, Anthony said, Black people are not meant with equity, and that is something that needs to change.

"Black organizations have to be put in a position to lead," Anthony said, stressing that Black leaders need to be put in positions to make decisions.