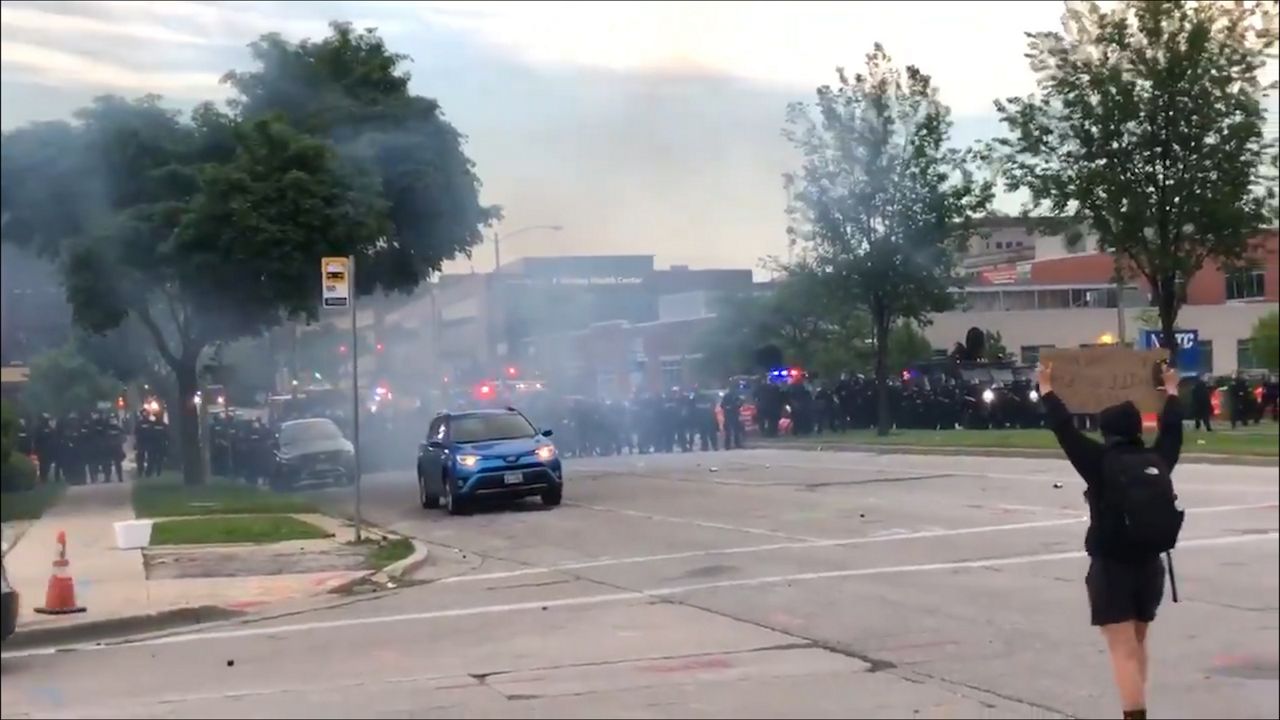 Calls Grow to Remove Police From Schools Amid Protests

Advocacy groups in both cities have requested schools terminate the contracts for years, but images of police brutality and clashes between protestors and police have made the calls more urgent.

“That just adds to the trauma that our students are already facing daily and we feel like there are things that we could put in place so that we don't need police officers on the back end to come to our schools,” said Angela Harris, Director of the Black Educators Caucus.

The Black Educators Caucus released an open letter calling on the Milwaukee Public Schools' Board to terminate the contract on Tuesday. It was accompanied with a petition supporting the demand, which as of Thursday had more than 6,200 signatures — close to its goal of 6,400.

The Caucus said the district's contract with Milwaukee Police is worth about $478,242 annually, money they say could be better spent elsewhere in the schools.

“One of the things we call for when we divest from the police funding is to invest in professional development for educators and staff members that is anti-racist and anti-biased,” Harris said.

The Milwaukee School Board did not return a request for comment, though a meeting agenda for the Board on June 18 shows the introduction of a measure to end MPS's contract with MPD.

In a statement, a spokesperson for MPD said “MPD will continue to support MPS and MPS students.”

The spokesperson went on to highlight videos the department worked on with the school district for students like the ones found here: https://www.youtube.com/watch?v=eelUBhwh-zo&feature=youtu.be

Demands to end the contract between Madison Metropolitan School District and the Madison Police Department have continued as well. Freedom Inc. has been requesting the Board of Education remove School Resource Officers (SROs) for years.

“Divest in the police and actually truly invest in the leadership wellness and creativity of black youth and youth of color,” said Zon Moua, Director of Youth Organizing at Freedom Inc.

Last week, Freedom Inc. and another advocacy organization called Urban Triage organized a caravan of cars to protest police brutality and racism. The caravan ended at Madison Board of Education President Gloria Reyes's house, where protestors demanded she terminate the contract.

On Tuesday Reyes reversed her previous stance and recommended the Board of Education “incorporate a strategy of options” to remove SRO's.

In a statement Reyes said: “While I know first hand that our Madison Police Department (MPD) SROs have provided our schools and students many benefits that have built trust and relationships, I also feel the culmination of these racially motivated events have served to increase the emotional and psychological impact that having SROs in our schools has on our students, especially students of color.”

“We still want more, we actually want a termination of the contracts right now,” Moua said.

Moua pointed out cities like Minneapolis were able to end contracts with police immediately and feels the same could be done in Madison.

“He sees SRO's as providing a valuable service to schools,” DeSpain said.

DeSpain went on to say that Wahl feels SRO's build relationships in communities, and without them there would be diminished service to schools when they would still need to call police for issues.

Freedom Inc. argues that having SRO's in schools leads to an over policing of black students and students of color.

They cite arrest and citation numbers in the district. In the 2017/18 school year — the most recent year with data available — 27 of 33 arrests and 65 of 74 citations were of black children. Of the total number of students in the district 18.6 percent are black.

“That's alarming,” Moua said. “That is why our young people have been out there really demanding an end to this contract and true investment and resources that will actually contribute to the wellbeing of black youth.”

It's a similar story in Milwaukee. The Black Educators Caucus said 51 percent of MPS students are black yet they make up 80 percent of behavior referrals and 81 percent of suspensions — figures a district spokesperson confirmed.

Harris said once a student is suspended one time they are three times more likely to have some sort of criminal activity on their record. She says this creates a school to prison pipeline.

“Those things, even if it is a juvenile record, still follow you through adulthood and it becomes difficult to shake,” Harris said.