Back from Spring Break: How UW-Madison Students and Professors are Adjusting to Online Classes

MADISON, Wis. (SPECTRUM NEWS) – You wouldn't know by walking on campus, but students at UW-Madison were back to class Monday. This time, from the comforts of their own homes.

Katrina Ramirez is a graduate student at UW-Madison and it's her first semester.

“Up until now, I've really been enjoying my classes,” Ramirez said.

Monday morning Ramirez had her first class since spring break.

“I've only had one so far,” Ramirez said. “It was French and I don't think the language classes transfer well to online learning, but my teacher is sure trying hard.”

Ramirez says the switch to online classes is tough when trying to learn a language.

“It's not like you can have a normally paced discussion with all classmates,” Ramirez said. “It's a lot of talking over each other and lag, and so pretty much that entire portion of the class has been lost.”

Professor Christine Whelan teaches a class called 'Consuming Happiness,' so many of her lessons focus on what is happening in the world right now.

Whelan is doing asynchronous lectures, which means students don't need to be online at a specific time.

That's helpful because Whelan has some pretty young students too.

“I have a four, six and eight-year-old so, in addition to being a college professor, I am now an elementary school teacher, which is not a role that I am at all trained for,” Whelan said. “And my children are very kind to me and they say 'But mommy you're a professor, that means you're a teacher.' I can tell you that I have so much respect, I always have, so much respect for the preschool and elementary school teachers out there.” 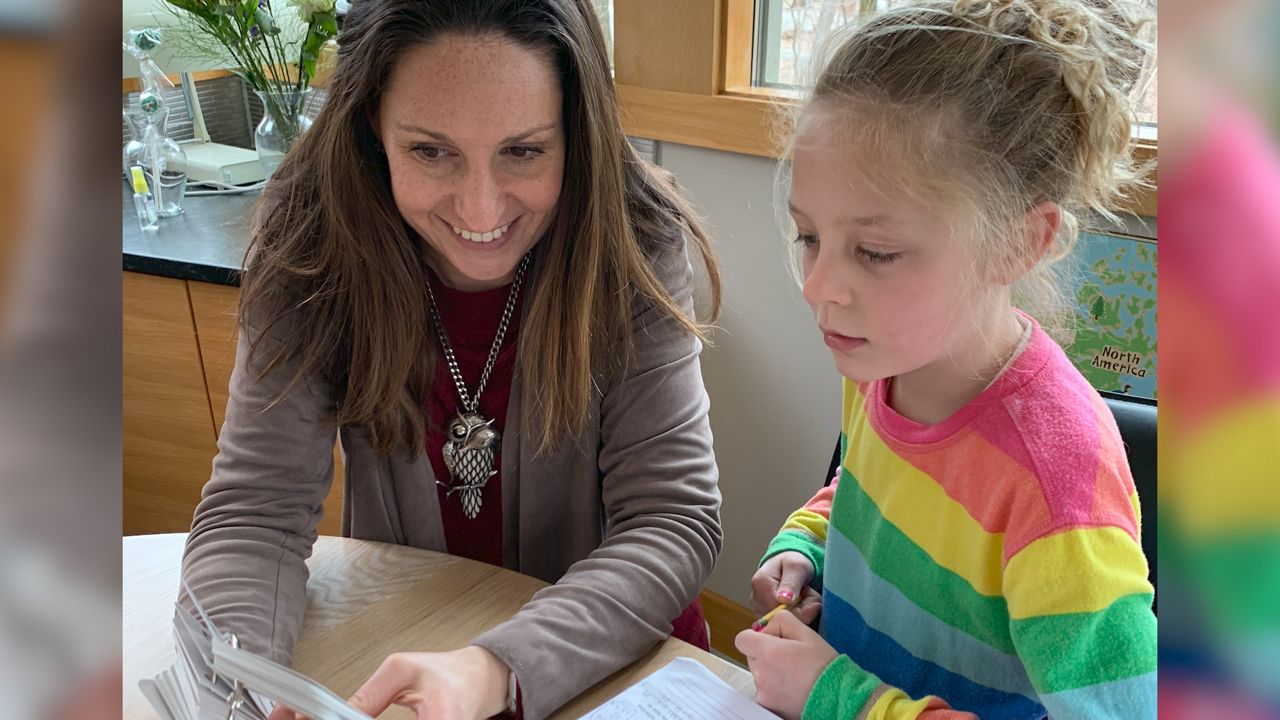 “You don't even know what the professor's home life looks like if they have kids or whatnot, and so I just think it's really important to be empathetic with our peers and professors in this kind of weird time,” Ramirez said.