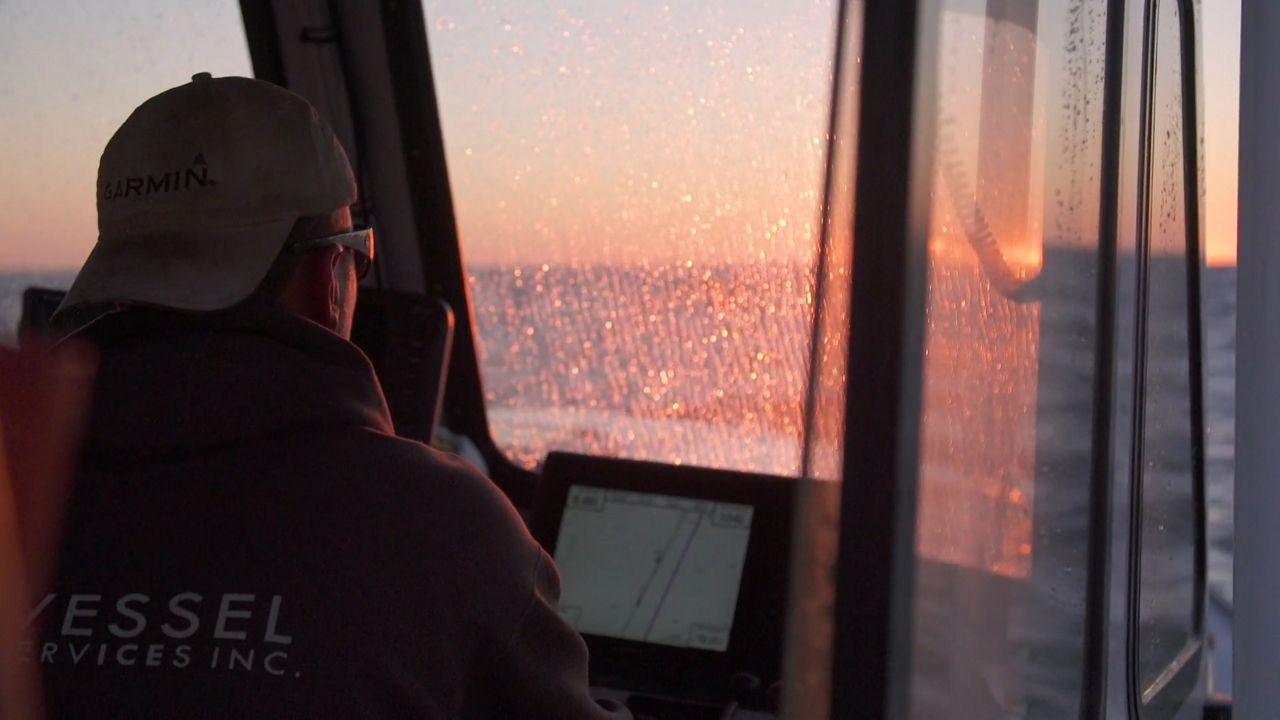 MADISON, WI (SPECTRUM NEWS) -- The businesses of producing dairy and fish require a different model and different skills. However, the challenges facing smaller producers in both industries are largely the same.

A movie called 'Last Man Fishing' explores how small scale fishermen on American coasts are trying to survive while consolidation and large fish companies make things harder for their scale.

“Really the film is about fishermen, small-scale fishermen that are on the fringes,” said J.D. Schuyler, director of the movie. “It is kind of a death by a thousand cuts for a lot of these guys.”

The movie made its Wisconsin premiere here at the Barrymore Theater in Madison on Wednesday. Even though most of the movie doesn't take place inside of the state, the filmmakers say Wisconsonites should identify with the story.

“There's a lot of parallels in what's happening to the commercial fishing industry nationally and what is happening in rural America,” Schuyler said.

Like how companies operating on a much larger scale can get an advantage and drive out smaller family fishermen or farms.

“The forces of consolidation and industrialization, large scale aquaculture are quickly making their livelihoods,” said Nic Mink, executive producer of the film. “They're kind of going extinct in the same way that small-scale dairy farmers are here in Wisconsin.”

Mink also runs Sitka Salmon Shares, a company that runs both in Alaska and Madison. They buy fish from small-scale fishermen in Alaska and sell it to people in the midwest.

For Mink, who's lived in Wisconsin most of his life, he sees the same story playing out for struggling small dairy farms in Wisconsin as small-scale fishermen on coasts. Which is why he started Sitka Salmon Shares.

“Now we're kind of trying to save these last remaining small-scale fisherman, at least at Sitka Salmon Shares, by carving out an artisanal market for them, much like the dairy farmers that have been successful,” Mink said.

With Mink's work with Sitka Salmon Shares, he decided he wanted to team up with filmmakers to tell the story of small-scale fishermen.

“There's been a real tremendous cultural change around the food we produce on land, and we're hoping through this film to inspire that same sort of cultural change and awareness around food that's produced by the oceans,” Mink said.

It's why they spent five years making the film, going from east coast to west coast and up to Alaska.

“You think of the long-term future of these small-scale fishermen and you want to fight for them and you want to give them a voice because you want to see them and their families be around for generations to come,” Schuyler said.

The movie is not out for purchase or streaming yet, they are still touring film festivals and having screenings.

A screening is scheduled for Milwaukee on April 22 at the Oriental Theater. The film starts at 7 p.m. And it is followed by a panel discussion with the audience. You can find more information on 'Last Man Fishing' on its website: http://www.lastmanfishing.com/#screenings

You can learn more about Sitka Salmon Shares online: https://sitkasalmonshares.com/