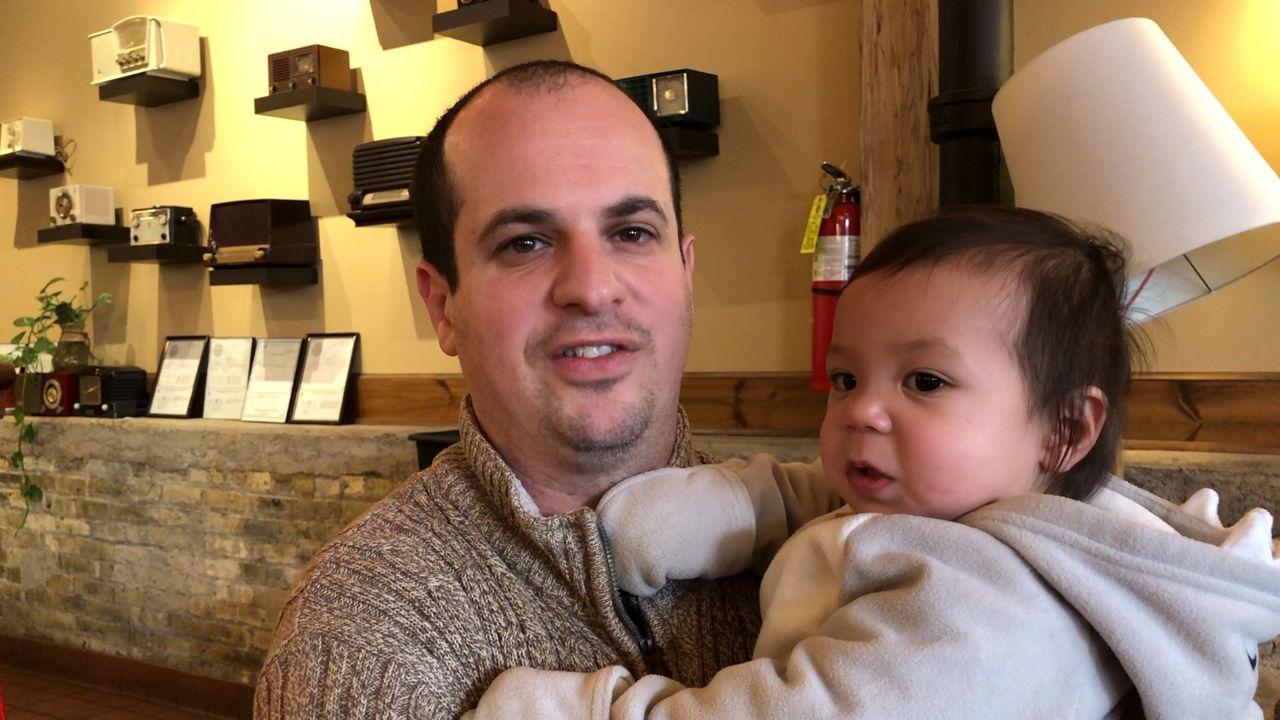 MILWAUKEE (SPECTRUM NEWS) – Most parents know being on diaper duty comes with some big challenges, especially if you are in a public place.

But if you are a dad, chances are the struggle of finding a changing table in a men's restroom is an all-too-familiar problem, which is why one state lawmaker is working to change that.

If you happen to run into State Rep. Jonathan Brostoff (D-Milwaukee) he probably won't be alone.

“I'm on full-time daddy duty, so I take him with me everywhere,” Rep. Brostoff said. “A lot of the meetings I have, I don't have an office in Milwaukee so we meet at places like this, and I just started noticing that a lot of the men's bathrooms didn't actually have changing rooms of places I was going to and it just got to a point where I had to stop meeting at certain places because of it.”

That gave Rep. Brostoff an idea for new legislation.

The bill would require baby diaper changing stations to be installed in most newly-built or substantially renovated buildings open to the public, such as stores and restaurants.

There would be some exceptions for places where you wouldn't normally find kids, like bars and industrial facilities.

The legislation would make sure there is gender-equal access to changing tables by requiring them to be in either unisex restrooms or both men's and women's restrooms.

“They both know what it's like to be legislators who sometimes have meetings where you can't, you have to take your child with you because well, for one thing, child care is wildly expensive,” Rep. Brostoff said.

Rep. Brostoff says with such little time left in the legislative session, there isn't a lot of opportunities for new bills to get through committee and be introduced on the floor, but he still hopes to start a conversation.

“I don't think this is a Democratic or Republican issue,” Rep. Brostoff said. “I think it's a parenting issue that everyone can relate to, and I am hopeful that this is common sense and we can, you know, kind of come together especially at a time when it seems like every single issue is divisive.”