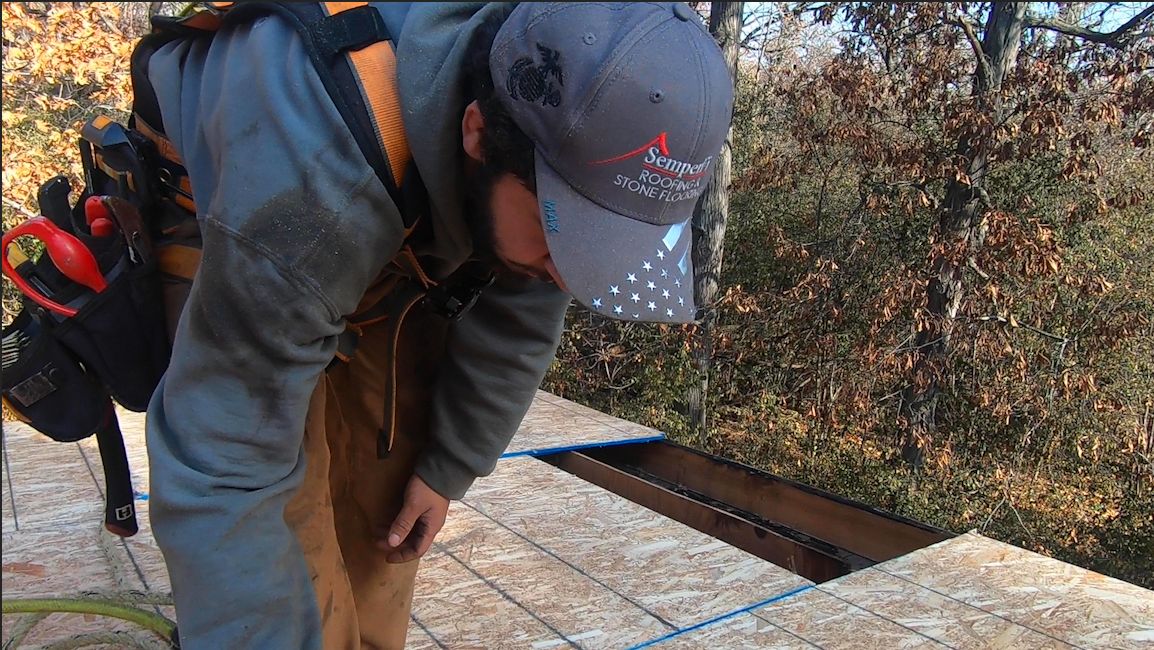 MUKWANAGO, Wis, (SPECTRUM NEWS)--A Wisconsin roofing company is using its military roots to bring in veterans to the job.

Nearly half of its employees are veterans, but you don't have to be one to work there.

It takes attention to detail to put a roof over someone's head but, for Vito Schwartz, it's a trait he holds onto as a marine veteran.

Although he is no longer in service, Vito has taken his skills and talents into the roofing business. He owns his own company, Semper Fi Roofing.

He is now 17 years in and says he can’t imagine doing anything else. He spends his days working alongside a crew of both veterans and civilians.

"It's like being in a platoon it's really nice everyone gets along really well," Army Reservist, Thomas Tranberg said.

The structure of the company is run just like the military.

"In the past few years we have changed everything and structured it like the military so that our guys coming up through the system that we created, they understand how to get promoted," Schwartz said.

He says it is a system to teach foundational skills, but also provides a sense of family.

Especially for Thomas Tranberg, who is in the army reserve and about to deploy.

"It's really nice to know someone has my back when I am gone and I know that if anything goes wrong my wife can call Vito and he will be there for me," Tranberg said.

But the sense of family that this business holds onto gets even close than just co-workers. Vito’s son Andreaus works alongside his father. He is also a marine veteran himself.

"What I saw in my pops is that is changed his life so I could only imagine it would better mine," Marine Veteran, Andreaus Schwartz said.

He also has a twin brother who is deployed and is also a marine. It's a proud and tight knit family that is making the most of their military background.

"You don't just have kids anymore; your kids are your brothers. It just really strikes a chord with me. It's really amazing to think of it that way because we have a bond that very few people have," Schwartz said.

Without even knowing it, Vito has been an idol and a role model for his kids.

"I’m just proud of what he has accomplished and that he has paved the way for me and my brother who is going to come out pretty soon," Andreaus Schwartz said.

He takes the time to teach others while on the job and works to instill hard work and a good attitude in all of his employees.

"He's got the heart of the marine," His employee said.

And it’s that heart of a marine that he is hoping to share with everyone else.

Semper Fi roofing says they are always hiring. So if you or anyone else you know is interested in the roofing business, click HERE.

You don’t have to be a veteran to apply.