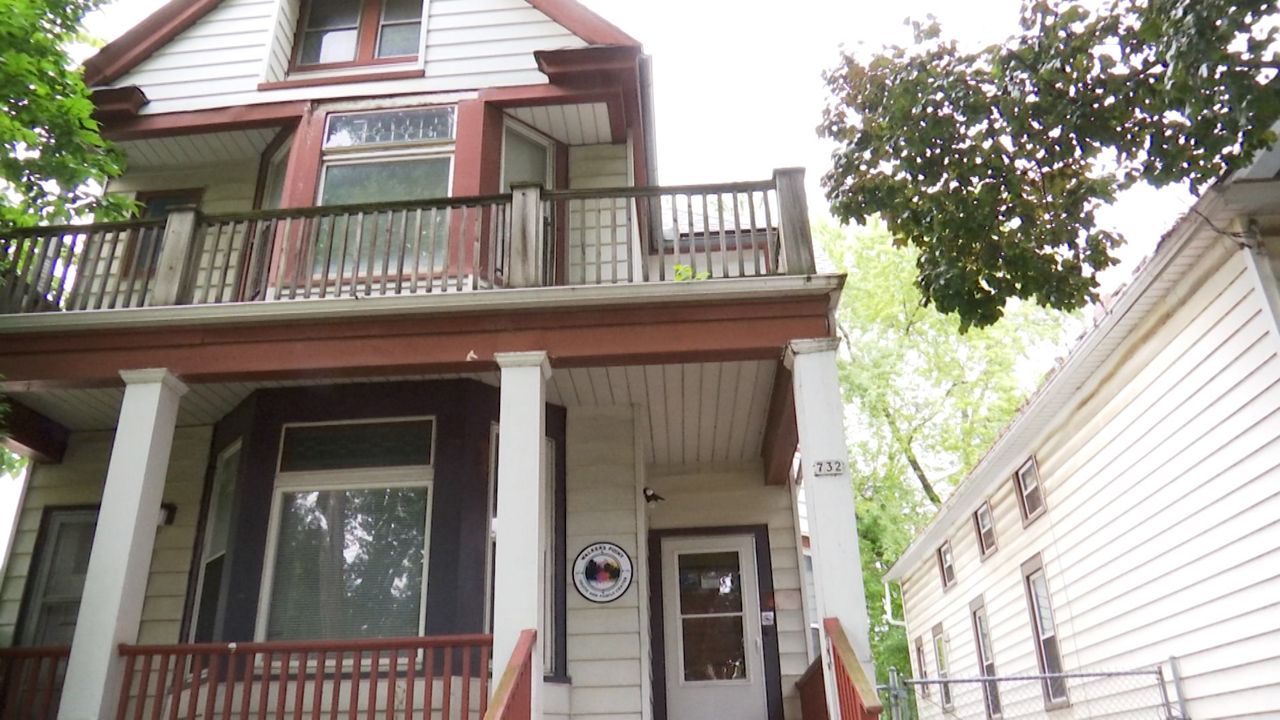 MILWAUKEE, WI (SPECTRUM NEWS) — Wisconsin has more than 18,000 homeless kids statewide enrolled in public schools according to the department of public instruction. Each city works to do all they can to help the young people in need.

It can be a struggle meeting that need. In Milwaukee there’s a home helping homeless kids on a daily basis.

“I think that there is this sense of we are a home and we try to operate that way and i think they enjoy that,” said Audra O'Connell, the executive director for Walker's Point Youth and Family Center.

It's a shelter for Milwaukee kids and teenagers who find themselves homeless. They can take up to eight kids at once.

People like Tomisina Larkin, who stayed in walker's point when she was a teenager multiple times.

“It was as really difficult time for me,” Larkin said.

Larkin had to leave her grandparents house as a teenager, then she bounced between foster homes and sometimes staying for a couple of weeks at walkers point.

“It just gave me an outlet it gave me people i could talk to, it gave me a person that could love me regardless of my faults and put me around other kids that were having the same issues and problems I was having at that time,” Larkin said.

O'Connell said the house hasn't had many updates to the living space over the years, they don't have the money to do it.

“Our shelter does great work, but our shelter also looks like it's been doing great work with teenagers for 40 something years,” O'Connell said.

Soon that will change. A Wisconsin organization called Floor360 will soon renovate the house.

“So what we can do is at least give them a space that is uplifting, something that is fresh and new to help them feel relaxed and comfortable in their space,” said Kelly Kuehn, a design studio manager for Floor360 in Milwaukee.

Kuehn and Floor360 work with Wisconsin designers and businesses to renovate the home. Something they've done once a year with a nonprofit in Madison for years. Walker's Point will receive the first renovation of any Milwaukee nonprofit.

“They were really thrilled and i think pretty humbled because they don't receive a lot of financial backing from the community yet,” Kuehn said.

Floor 360 has started planning for the renovation. They plan to finish in mid-October. The news they would receive the renovation surprised Walker's Point.

“It was disbelief, shock, and then also just being really excited for what the potential does, I think if anyone deserved it in our community our homeless young people absolutely deserved it,” O'Connell said.

Soon the house will be even better at helping the kids who need it most.