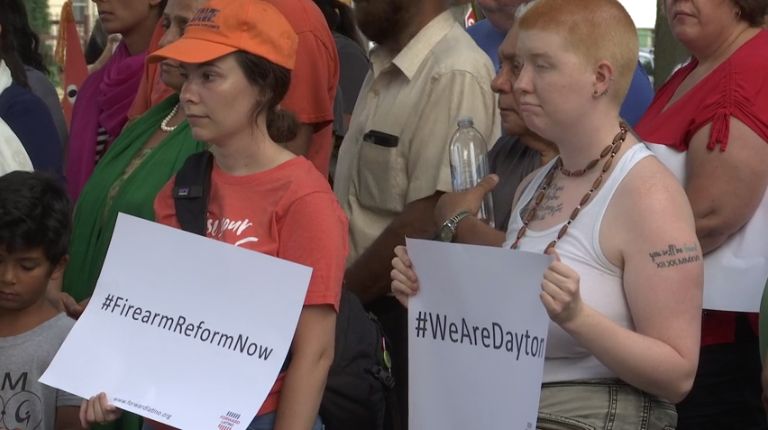 MILWAUKEE (SPECTRUM NEWS) – The Vigil Against Hate brought people across the city together to remember the victims of the mass shootings that occurred last weekend.

“I think just as a community we really needed to heal and be together,” said Interfaith Conference Director Pardeep Kaleka. “Understand that at the end of the day, love is going to have to win against division and hate.”

The vigil fell on the seventh anniversary of the Sikh temple shooting in Oak Creek, where six people were shot and killed, and several others were wounded. Over 35 organizations from across Wisconsin came to Milwaukee to be a part of the vigil.

“We had to bring people together of all faiths, of all colors, of all cultures to say enough is enough,” said Forward Latino President Darryl Morin. “We’re not going to take anymore; we need to say no to hate.”

People held candles to remember each person who lost their life. Rep. Gwen Moore attended the vigil and felt like she should have done something to prevent these mass shootings from reoccurring.

“As a member of congress, I feel that somehow I have failed all of you,” said Moore. “We know what the problem is. We need to get rid of these weapons of mass destruction.”

Community leaders invited people to a prayer for reconciliation and healing from racism that will be held on Friday at noon at the Cathedral of St. John the Evangelist in Milwaukee.