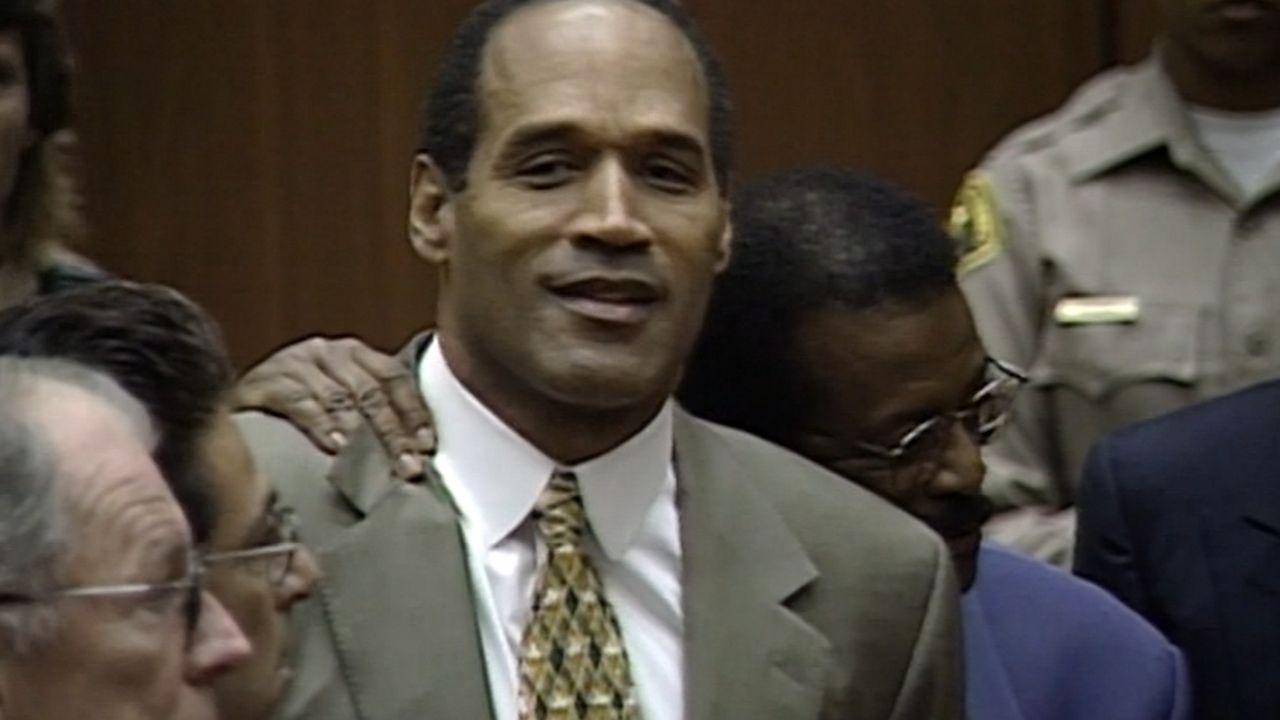 MADISON, WI (SPECTRUM NEWS) – 25 years ago, the murder of Nicole Brown Simpson and her friend Ron Goldman turned OJ Simpson from a football hall of fame hero to a murder suspect.

What unfolded before, during, and after Simpson's trial ultimately played a role in race relations across the nation.

The so-called “trial of the century” brought issues like police treatment of African Americans, domestic violence, and effects of money on the justice system to light and ultimately had serious implications for race relations in America.

A celebrity turned accused criminal, a slow speed police chase broadcast around the world, and a nearly year-long televised trial that obsessed the nation left an unforgettable mark on the '90s for many, including Greg Jones who is now the president of Dane County's chapter of the NAACP.

“Having viewed it from the television, having read the newspapers and magazines, and having talked to people going through that day, it was a moment that was riveting,” Jones said.

Represented by a legal “dream team” which included Johnnie Cochran Jr. and F. Lee Bailey, OJ Simpson was acquitted by a jury in 1995.

“White folk and black folk looked at the same TV stations, and TV event, for months and came up with different interpretations, expectations, and conclusions,” Jones said.

The verdict split the country along racial lines with many white Americans believing OJ got away with murder and many African Americans thinking OJ was innocent.

UW-Madison Professor Hemant Shah is an expert on portrayals of race in the media and believes the trial really magnified the racial dimension.

“It stood in, in a lot of ways, for race relations in America,” Shah said. “Black man on trial for the murder of a white woman.”

“There was also the layer of a famous, rich African American male who, in a lot of ways, had made it in society's terms who was either disconnected to some degree to the African American community,” Jones said.

The perceived disconnect ultimately exposed what Jones calls “ills in our society.” Some issues and disparities have been addressed, but others linger today.

“He was a black man going through the criminal justice system and he was able to provide himself with some of the best defense attorneys,” Jones said. “That's another element of privilege. That is still an element today. Some people are placed in jail, cannot pay bail, and they have to stay there until their trial comes up. In those cases, they lose every opportunity for their homes, their families, their employment, so those issues of fairness and equity in the system are still there today.”

Over the years, race relations have been bolstered by desegregation and equal opportunity laws, but Jones says if OJ's trial brought one thing to light it's that there is still a lag of social equality which is, at the same time, holding up racial fairness and equality today.

“We still fight those battles today,” Jones said. “More subtly in some cases and more obviously in others, but I do think there [have] been some improvements in race relations mainly through the desegregation laws and through equal opportunity laws and programs, so those things, and inclusion programs, those things have helped bring us together as a race.”

25 years later, OJ maintains his innocence and the murder case is officially listed as unsolved.

Simpson did spend nine years in prison for a separate case involving an attempt to steal back some of his sports memorabilia from a Las Vegas hotel room.

OJ was released from prison in October 2017 and currently lives in Las Vegas.