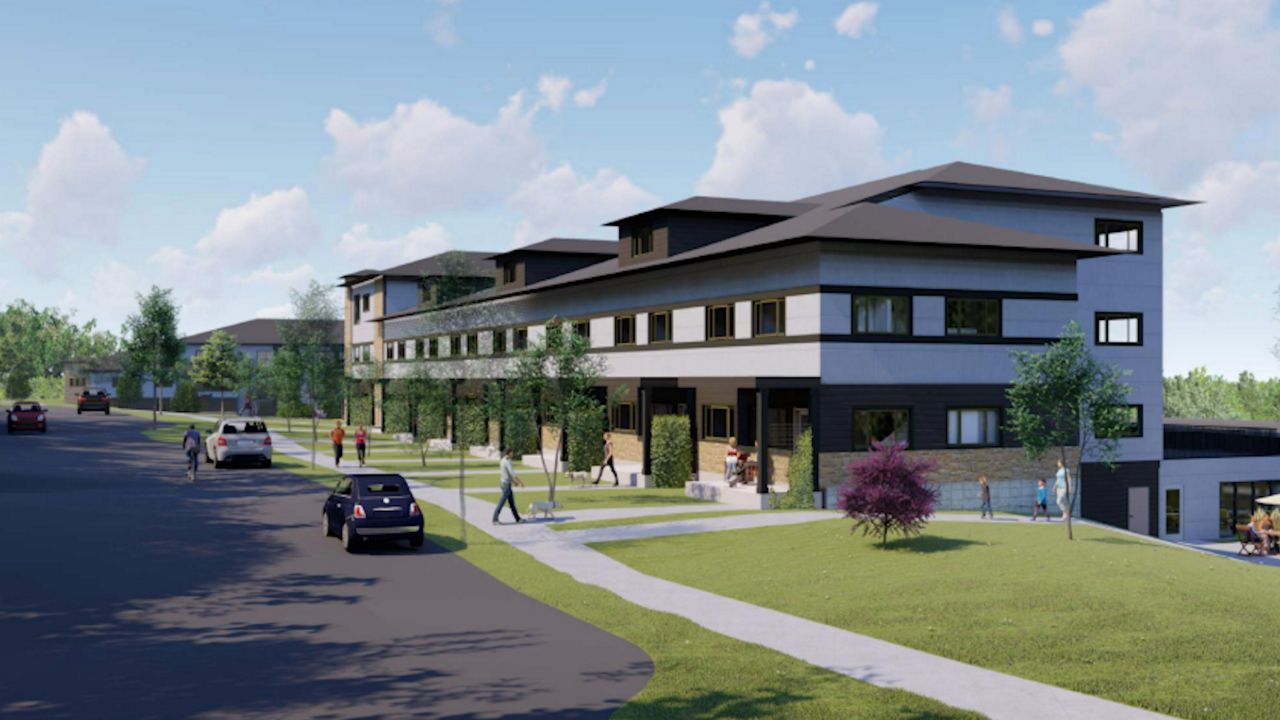 Parents develop their own housing development for adults with disabilities

“We sat around the table asking a pretty simple question, which is what does the future of our sons and daughters look like,” said Mary Anne Oemichen.

It's a difficult question for Oemichen and Wallitsch. Both are parents of a person living with autism. It's about what would happen to Oemichen's daughter Amy and Wallitsch's son Frank if and when they wouldn't be able to take care of the adults now in their 20's. However, it's also about growing up.

“Just like everybody else who is in their early 20s Amy and Frank are so ready to have a life that's independent from their mom and dad,” Wallitsch said.

That day at Wallitsch's dining room table was six years ago. It was also the start of Home Of Our Own.

Home Of Our Own is an apartment complex that would accommodate adults living with developmental, physical or intellectual disabilities. The vision is for adults with different abilities to live as independently as possible.

When Wallitsch and Oemichen started forming HOOO they had five principles to instill on the facility.

First they didn't want someone's abilities to be a barrier for their living condition. Both women say they've heard of apartments or developments turn people away if they needed a caretaker or needed assistance.
Second they wanted it to be affordable. A lot of people with disabilities are largely living off of governmental aid like social security.

“So for anyone who's living off of social security, disability these are units that they can afford to pay their rent on,” Wallitsch said.

Of the 40 units at the development HOOO wants 10 of them to be for adults with different abilities. Those rates would be designed for someone living off of social security.

25 would be at an affordable rate for people who are earning $22 per hour or less. The rest would be at market rate.

HOOO hopes that this will address three housing needs: adults with autism or other disabilities, active senior housing and low-income housing. They also hope diversifying the tenants will create another benefit.

“We wanted to create community and socialization opportunities,” Oemichen said.

Community is their third principle. HOOO wants integration for the tenants, not isolation. So in addition to having people from a variety of different spots in life, they are designing the development to have community spaces. HOOO plans to continue the nonprofit after the facility is built and hold community events.

The fourth principle is to have it in rural Wisconsin. HOOO plans to build in New Glarus, close for Oemichen and Wallitsch.

“These are the towns that our sons and daughters have spent their entire lives in, and they are comfortable in a small town rural environment,” Oemichen said.

It's also difficult in rural areas to find low-income housing and housing for adults with autism.

Their final principle is to make the project replicable for people in any community.

“We would like to be in a position where we're helping other families try to figure out how to make something like this happen in their own communities,” Oemichen said.

The question of where autistic adults can live is a problem nation-wide. 75% of autistic adults report that not being able to afford housing is their largest concern when looking for a place to stay according to the Autism Housing Network. The Autism Housing Network also reports that nearly 1 million adults with an intellectual or developmental disability live with family care givers who are over the age of 60.

“This is a crisis that's starting, but it's going to get a lot worse a decade from now,” Oemichen said.

Which is what both Oemichen and Wallitsch have realized over the past few years as word spread about HOOO. They had families from around the country calling and asking for help, sometimes telling them desperate stories about needing a place for a family member, but not knowing what to do.

It's lead to a long waiting list already for HOOO. The organization wants to focus on people in Wisconsin and close by to New Glarus. Even with that there waiting list is in the 20s.

The two have been giving advice, trying to help people set up similar facilities in their community. They already know of a few including some in Wisconsin.

However, HOOO still has a ways to go. They've been able to finance $7 million of the $8 million project through grants, tax credits and low-interest mortgage financing. Half of the remaining $1 million was donated by a nonprofit donor, and HOOO organizers have been able to raise an additional $75,000. The group needs to come up with the remaining $425,000 by August 1st.

In the meantime they'll continue to fundraise, and take donations here.

However, for them all the work is worth it to set up a safe and independent life for their son and daughter.

“Franky communicates by spelling on a letter board, and he has told us that people don't understand autism and he wants to change that,” Wallitsch said.

For Wallitsch and Oemichen, their children are already good at teaching their parents about life, and they say the two have so much to offer a community at HOOO.

“We have just kind of learned what really we should know as adults which is if there's a beautiful sunset you stop and you look and you talk about it and you just take that moment and I think that's what Amy has taught me,” Omechin said.

A Wisconsin organization named 100 Extraordinary Women is aiming to collect $100,000 for HOOO. The crowdsourcing group works to empower 100 women or person in honor of a woman to donate $1,000 to a cause. One of its official projects is HOOO.