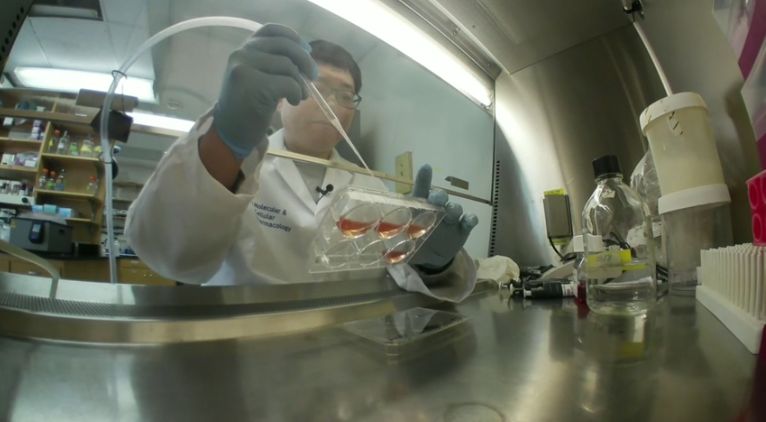 MADISON (SPECTRUM NEWS)-- A big cancer breakthrough, thanks to researchers at UW Madison.  A special team has solved the mystery behind the most studied protein in cancer biology.

So hard no one has ever unlocked the secrets of the cancer regulating protein.

’94,562 papers as of this morning, published on P-53, there’s not a single indication that P-53 is directly regulated by a messenger system like this.’ UW Madison Cancer Researcher Dr. Richard Anderson said.

'This is the first time to show that p-53 interacts with the lipid,' Dr. Choi said.

He goes onto say the set up stops P-53 from doing its' one job, keeping your cells from turning cancerous.

’If you interrupt those contractions and associations you can basically interrupt mutant p53 And cure cancer that’s the concept,' he said.

It's something that Dr. Cryns hopes will lead to new drugs.

’So P-53 is the most commonly mutated gene in cancer, but despite that, we don’t have any drugs currently that specifically target P-53 so this is where our work comes in so the new complex that we have discovered gives us a direct roadmap to target P-53 for destruction,' Dr. Cryns said.

The research, published in March's Nature Cell Biology, took more than a year to finalize.

'The manuscript was reviewed by four scientists, we don’t know who the scientists are but that’s very unusual, there was at least three levels of revision that they would suggest even wording,' Dr. Anderson said. 'I’ve never experienced that before, specific words that they wanted us to uses verses words we used,' he added.

The scientists now hope this published report will inspire new research and keep mutated P-53 from turning cells into cancer. ’So now we need a drug that will convert the bad face of p53 back into a the good face of p53 or eliminate it completely,' Dr. Anderson said.

The researchers also say in the paper they have found some preliminary drugs that will eliminate P-53 from cancer cell lines.  ​