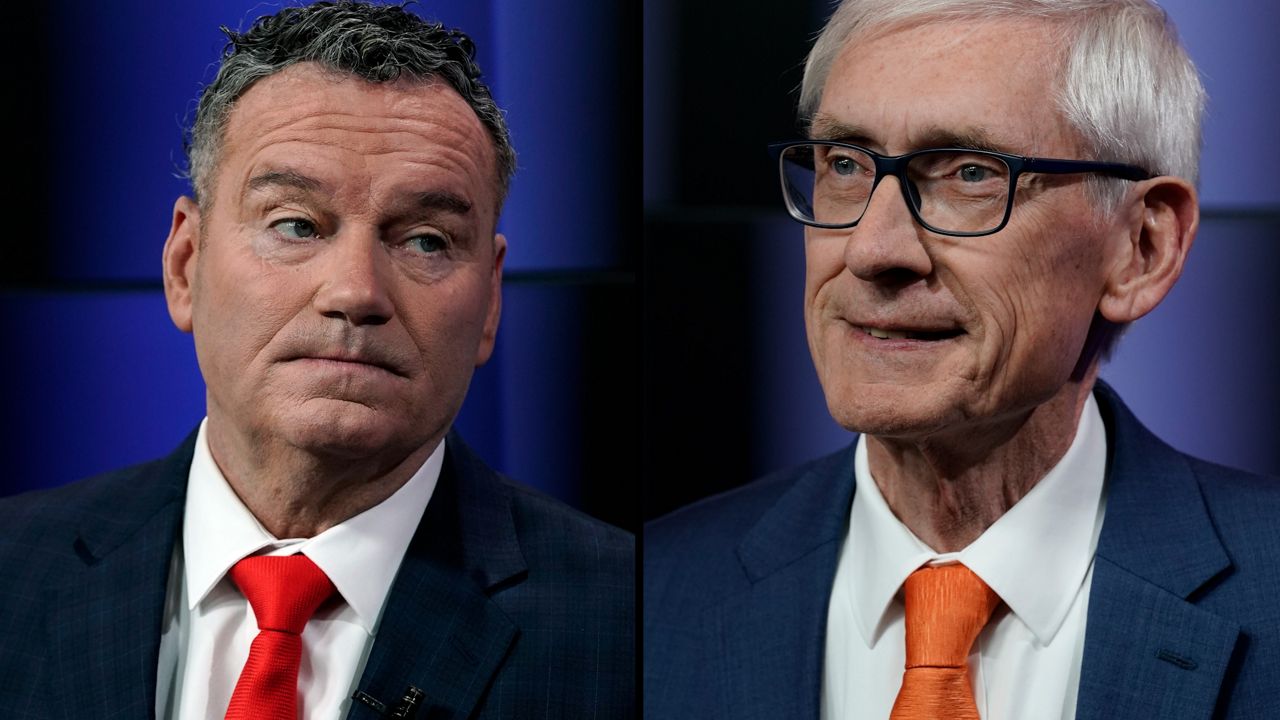 Where do Tony Evers and Tim Michels stand on these five major education issues?

MADISON, Wis. — With early voting now underway and Election Day just two weeks away, whether Wisconsinites realize it or not, voters will decide the fate of several issues ranging from abortion rights to public safety.

However, one of the biggest ripple effects to come from November's midterm election will likely be which direction the state's education system will go.

Here's where each candidate stands on five of the biggest issues impacting education:

Public vs. private: How should Wisconsin prioritize school funding?

The outcome of November's election could determine the extent to which Wisconsin has two school systems.

On the one hand, Tim Michels supports Universal School Choice and favors the private system with a proposed plan to expand the state's voucher program. Meanwhile, Tony Evers, a former state superintendent, wants to bolster funding for public schools.

As you might imagine, Wisconsin cannot realistically afford to fully support two systems.

This fall, there are 81 total referendum questions on ballots all across the state, according to the Wisconsin Dept. of Public Instruction. 42 of those school district referenda ask voters for permission to raise revenue limits. Those ballot measures are in addition to 50 other referendum questions asked of voters earlier this year.

The Wisconsin Association of School Boards (WASB) estimated a total of 92 additional funding requests this year to be the most ever in a single calendar year since 2000.

However, the biggest referendum could be the race for governor as voters will ultimately decide the future of education in Wisconsin based on who they elect. 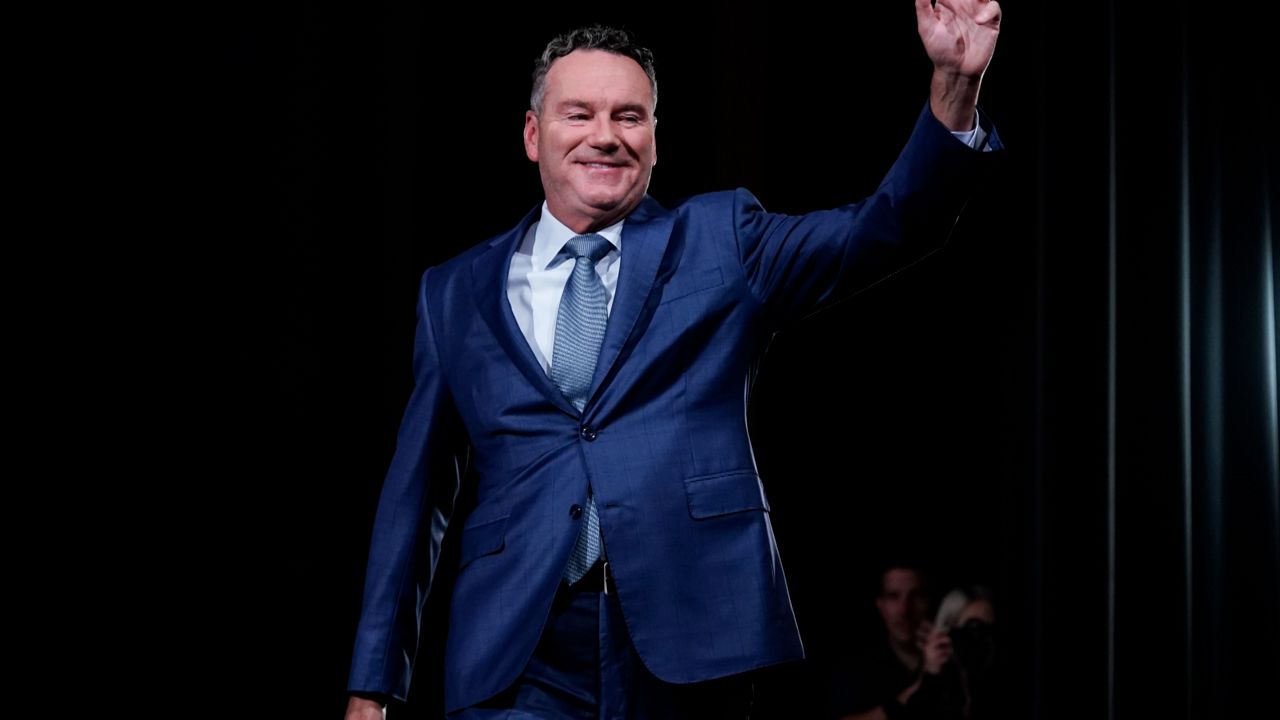 Martin Luther High School in Greendale, just outside of Milwaukee, is the kind of place Michels would like all parents to have the option to send their child.

“We have to make schools better in Wisconsin, and, especially, in Milwaukee,” Michels said.

If elected, Michels would like tuition dollars to follow the student by expanding the state's school choice program. Currently, 307 schools participate in Wisconsin's four voucher programs: one for Milwaukee, Racine, special needs students, as well as the rest of the state.

Throughout his campaign, Michels has expressed concerns with student scores on various state and national tests. This week, results from the National Report Card showed scores for math and reading dropped for students across the country, including in Wisconsin. Except for Washington, D.C., the Badger State also had the worst gap in test scores between Black and white students.

“Something has to change, or we are on a crash course with disaster,” Michels said. “We need to get education headed in the right direction. At least teach the fundamentals, the ABCs of reading, writing, and arithmetic. Right now, there is too much indoctrination that is happening in schools. We need to focus on education and getting young men and women prepared for the future.” 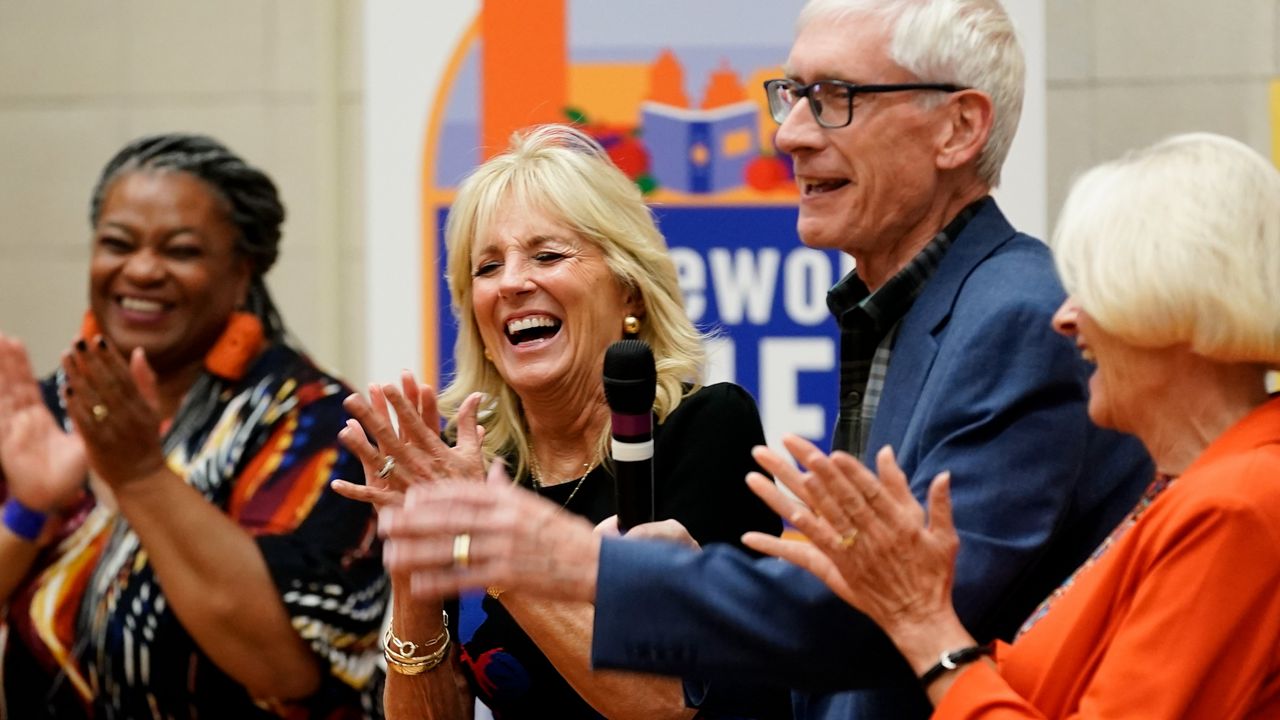 The drop in scores throughout the pandemic does not come as much of a surprise, especially for Evers who has called for more resources to help students rebound.

“We need to help kids recover from this pandemic,” Evers said. “Obviously, we would like to see test scores go up, and one of the ways we can do that is to provide ongoing mental health services in the state, and so that is going to be a huge issue in my budget.”

Evers has already focused on what his next budget proposal would look like if he is elected to a second term. He said his two main priorities include more money to hire mental health providers in schools, as well as a boost in funding for programs that serve students with special needs.

“School districts need to establish an ongoing relationship with mental health providers, whether they hire them themselves, or contract with them, so we are looking at establishing a brand new categorical aid around that so that all school districts have that opportunity to serve their kids,” Evers explained.

The new categorical aid for mental health would mean a school district could only use the funds for the purpose they were distributed.

How much say should parents have in the classroom?

Across Wisconsin, there has been a lot of debate at the local level about how much control parents should have over what is taught in the classroom. Evers feels plenty of options currently exist for parents to get involved with their child's education.

“They already have a bunch. I was a parent,” Evers said when asked about a parental 'bill of rights.' “Parents are the first and best teachers, always have been, and so the idea that somehow that isn't happening, I think is problematic. I think parents have a good way to interact with their teachers every single day.”

This spring, the governor vetoed a Republican-authored bill that would have established such rights in state law. Evers believes for the so-called “thornier” issues, schools already have Human Growth and Development programs for parents to get involved with.

“I think parents have a great opportunity right now, so I don't see a need for a bill of rights, which essentially is a way to continuously have lawsuits in our schools, Evers said. “They [parents] already have their rights, and they already have the opportunity to interact.” 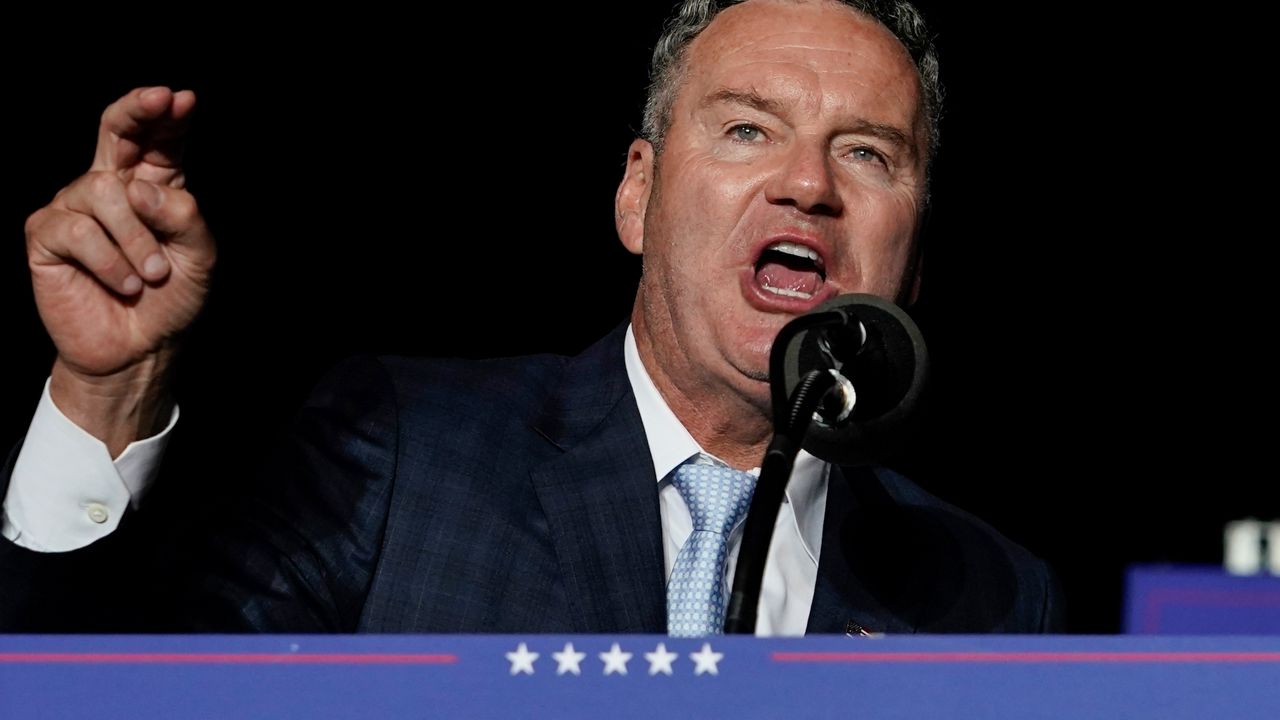 Parents would not just have a say over where they send their child for schooling, moms and dads would also be able to weigh in on what is being taught in the classroom if Michels is elected.

“I think parents should absolutely have a lot of say as to what is happening in the classroom,” Michels said. “Parents are ultimately responsible for the future of their sons and daughters, and I believe all parents want what is best for their sons and daughters. That is not only the education that they are getting, the basics, the reading, writing, and the arithmetic, but also all the other stuff that is being taught in schools today.”

Michels has pledged to sign a so-called parental 'bill of rights' because he feels as though some lessons come with too much of a political leaning.

“We are teaching radical sexual ideology to five-year-olds or eight-year-olds, that we are just confusing them. They are not ready for that,” Michels explained. "They need to focus on the basics: reading, writing, and arithmetic. It is what parents want. It is what is best for the state of Wisconsin.”

Struggling with a teacher shortage

Whether public or private, staffing issues are one thing most schools face. Michels believes finding a solution to the shortage comes down to student behavior.

“I think a lot of them [students] are hesitant to go into teaching because they know that there is a lack of discipline in the classroom,” Michels said. “Too many times, the administration has to side with the student. A student that is being disruptive, a student that is not helping the learning environment. I want to side with the vast majority of students in classes that want to learn, that want to not have fear while in the classroom.”

Respect for teachers is one area where Michels and Evers overlap. However, the two candidates differ over incentives.

“Once we get to a culture in schools, an environment in schools where learning is the number one priority, and bad students are going to be given detention or suspensions, then young men and women are going to be more likely to go into the teaching profession again,” Michels said. 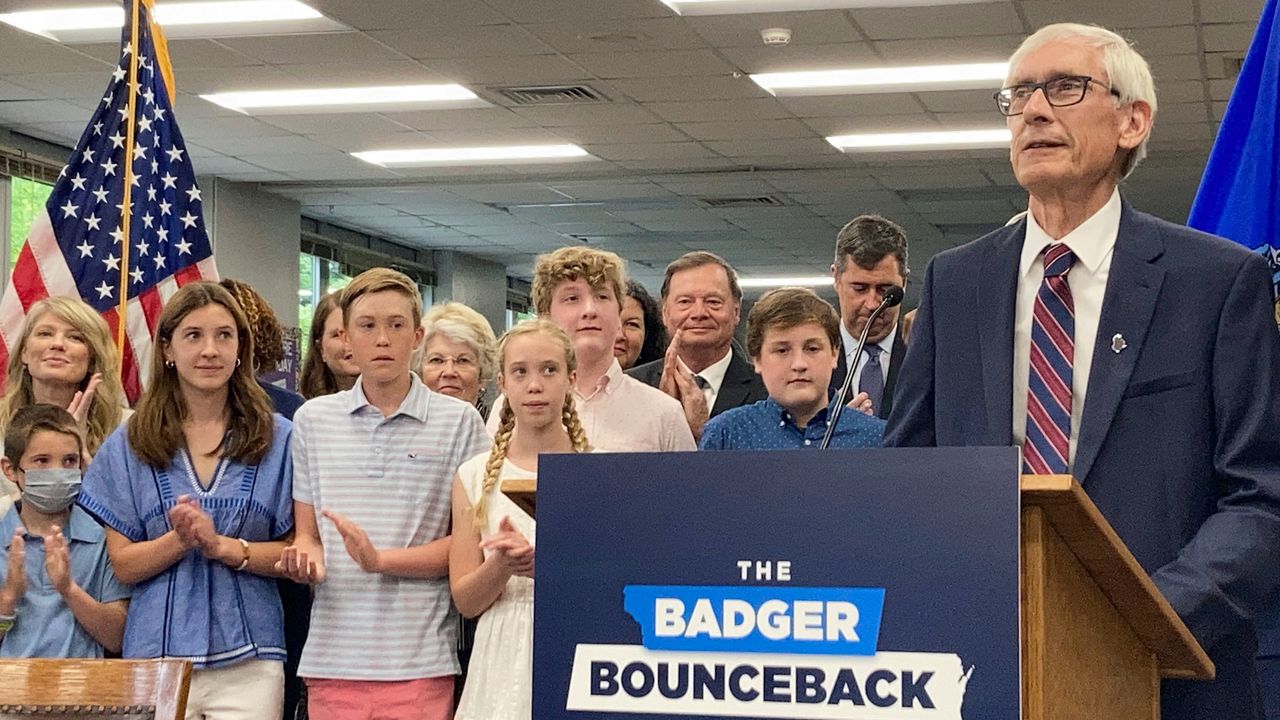 “There's a simple answer and a more complex answer. The simple answer is [to] give them [teachers] some respect and pay them more,” Evers explained.

A majority of likely voters in Wisconsin, whether Republican or Democrat, favor an increase in local and state taxes to pay teachers more, according to an exclusive Spectrum News/Siena College poll released in September.

Regardless, Evers is optimistic young students will still go into the profession.

“I'm pretty bullish on the future,” Evers explained. “I've visited several UW campuses, and enrollment in teacher preparation institutions [is] high, but if we continue to degrade the positions, and I've heard my opponent do that significantly, that doesn't help.”

In April, Gov. Evers also vetoed a bill passed by Republicans that would have split Milwaukee Public Schools (MPS) into smaller districts.

Then and now, the governor insists there is not enough evidence that the proposal would solve the problems the state's largest school district is facing.

“All they are doing then is having more bureaucracy, and there is no data to support that that would actually work,” Evers said. “I think one thing we do need to do and recognize is that, especially in urban areas, other things impact kids' lives. If their lives outside of school are challenging to say the least, whether it is affordable housing, whether they have easy transit, whether parents have good jobs, all of those things impact what goes on in the classroom.”

The governor said while there are programs in place for urban schools, the issues go beyond education and what happens in the classroom. 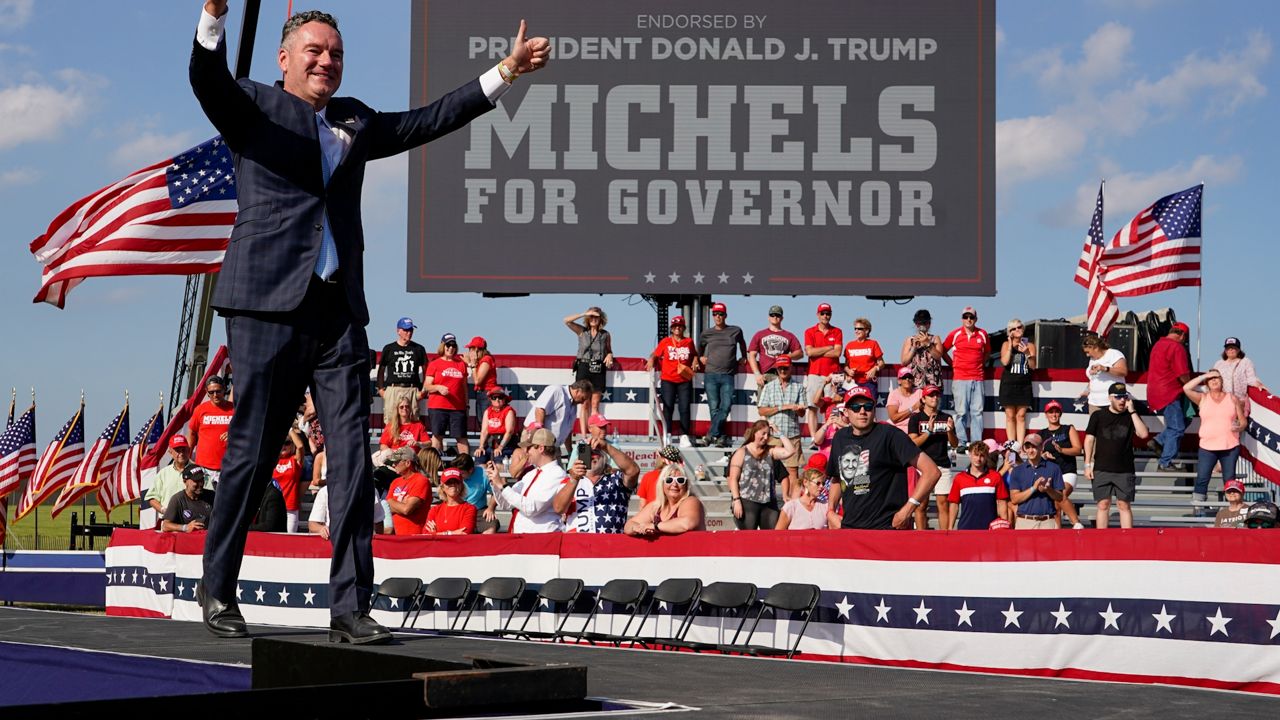 For Michels, splitting up the district remains a viable option if he is elected and legislation makes it to his desk.

“If splitting up MPS is part of the answer, is part of the solution, then yes I am willing to do that,” Michels said. “Right now, what they are doing at MPS is not working. I challenge anybody, convince me, convince the people of Wisconsin, convince parents in Milwaukee that MPS is doing a good job.”

While the proposal to break apart the district has been popular among Republicans, Michels has pledged to find a bipartisan solution.

According to his campaign website, Michels would like to see more violence prevention plans developed. If elected, he vows to hold a safety conference annually, as well as renew the state's school safety grants, so funding does not become an issue. 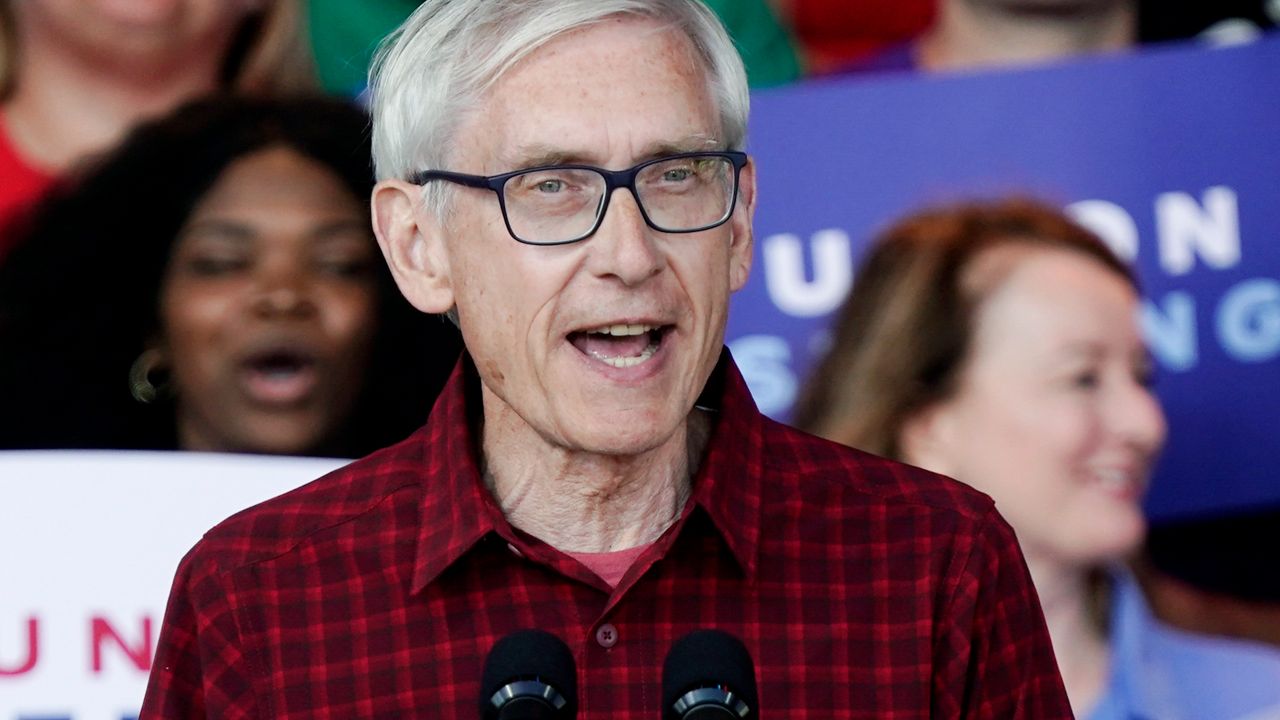 For Evers, the solution is tied to ensuring that local municipalities receive a bigger chunk of funding from the state, which could then be spent on public safety.

“My top goal in my next budget is to provide more shared revenue for municipalities, and [...] we have not done almost anything that increased it in the last 12 years," Evers said. "We have tried a couple of times, and Republicans take it out of the budget. Shared revenue will build that public safety infrastructure, whether it is more cops or more firefighters or more EMTs, or any other violence prevention folks. All of those things go hand-in-hand and what happens in our schools, especially when many school districts still use police officers in the schools as a way to blend and make sure kids understand how important police officers are and they provide safety.”