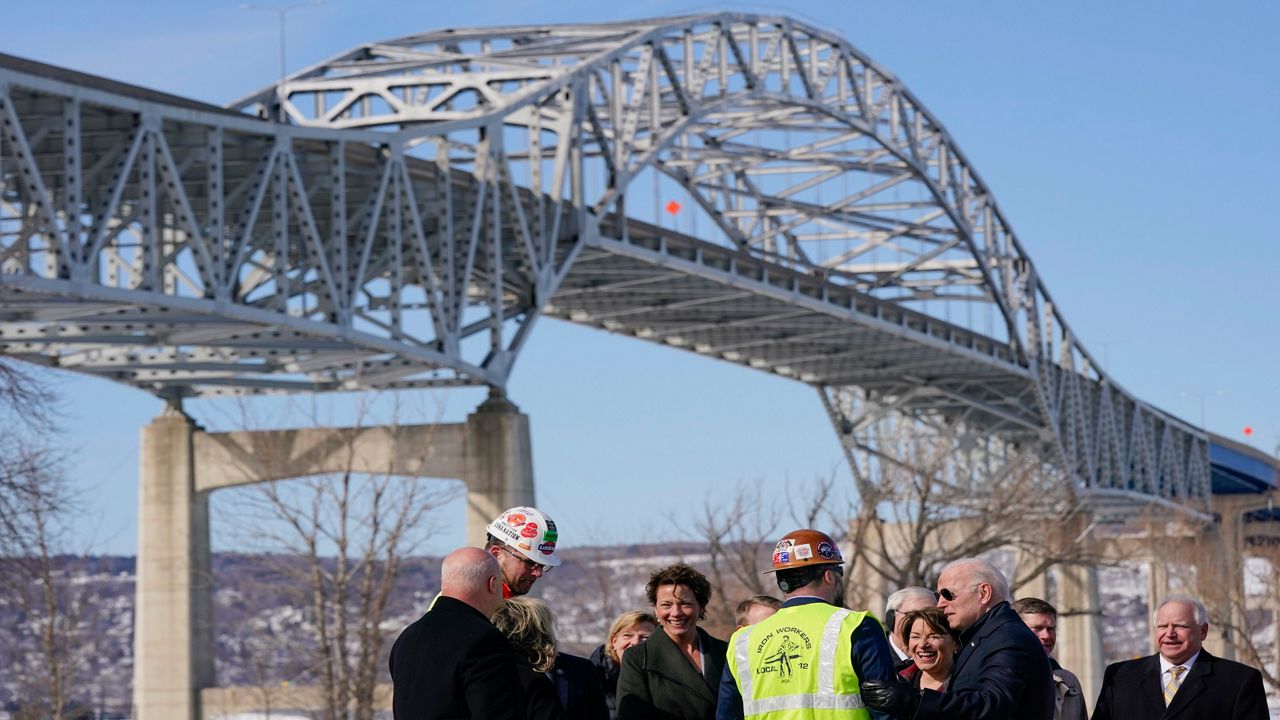 'It's a literal lifeline': Why did President Biden focus on the Blatnik Bridge during his visit to Wisconsin?

SUPERIOR, Wis. — During his trip to Wisconsin, President Biden put a lot of focus on the Blatnik Bridge, which could benefit from his bipartisan infrastructure law in a big way.

About 33,000 drivers cross the aging Blatnik Bridge every day. It connects Superior to Duluth, Minnesota, meaning Wisconsin has to foot half of the bill for repairs and, potentially, a replacement.

“Infrastructure can sound like a talking point at the federal level,” Superior Mayor Jim Paine said. “It's the kind of thing that you just say, and you attach some dollar amounts, but for us, it's real life.”

Paine said despite the rural reputation, his city is thriving and it needs to be built that way. 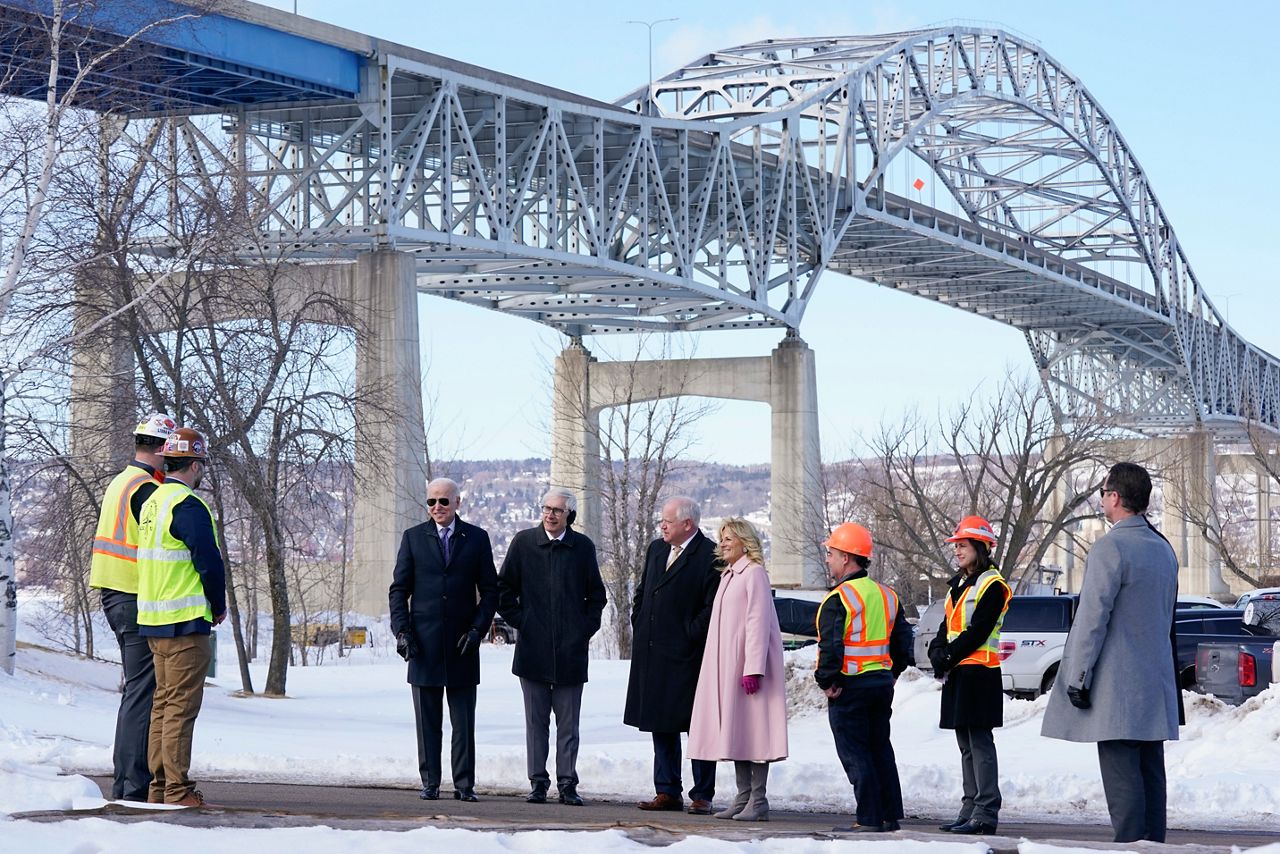 Built during the late '50s, the Blatnik Bridge opened to traffic in 1961. Since then, it has taken on decades of harsh weather that's led to corrosion and damage.

Towering almost 120 feet above Saint Louis Bay, the bridge is a commerce connection, but these days it's load-posted for 40 tons and faces annual inspections.

This week, President Joe Biden took a look for himself and said after years of talking about infrastructure, it's finally getting done.

“Your governor is going to use some of that funding to modernize one of the most important bridges in this region,” Biden told a crowd at UW-Superior Wednesday. “The one you look out the window and see here.” 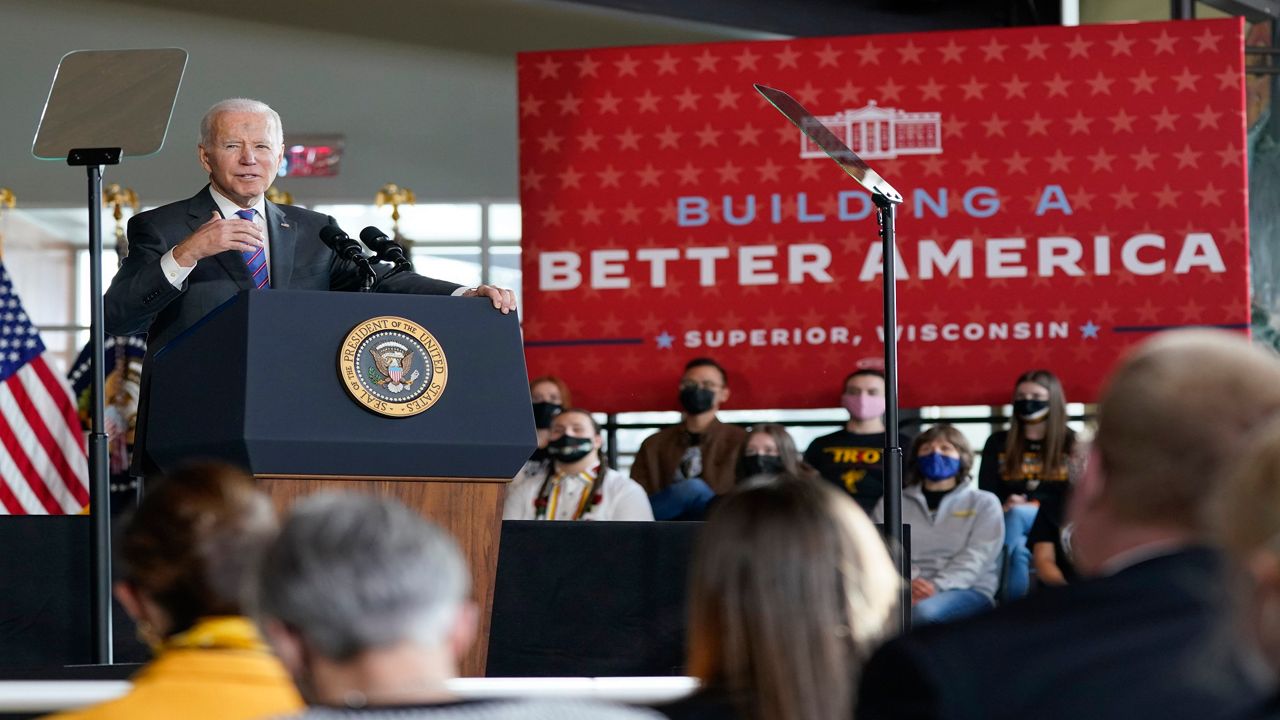 The price tag for a new bridge is still up in the air. However, Wisconsin will receive $225 million to repair and replace bridges, which is still a far cry from what's needed.

“And without significant additional funding the bridge will continue to decay and eventually be closed,” Gov. Tony Evers said during the president's visit.

The state plans to apply for a chunk of the nearly $12.5 billion up for grabs through the Bridge Investment Program. With construction on a new bridge scheduled to begin in 2028, Mayor Paine hopes federal funds can tighten up the timeline.

“The bridge is safe, but we don't know for how much longer,” Paine said. “We've already had to impose restrictions on it, and bridges do collapse in the United States. Unfortunately, we've seen that, and that is a very, very serious risk.”