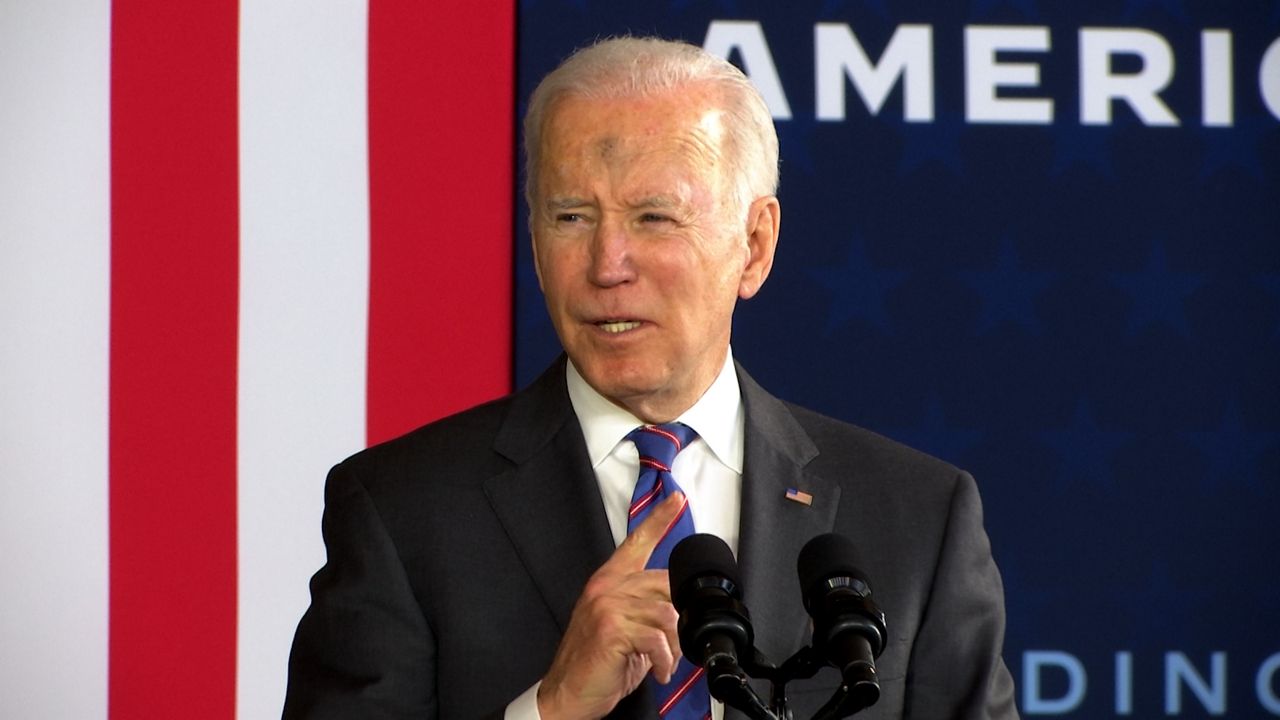 The president's visit to Superior was all about building bridges in every sense of the phrase as leaders from Wisconsin and Minnesota teamed up with a big ask: Help us fix what connects us. 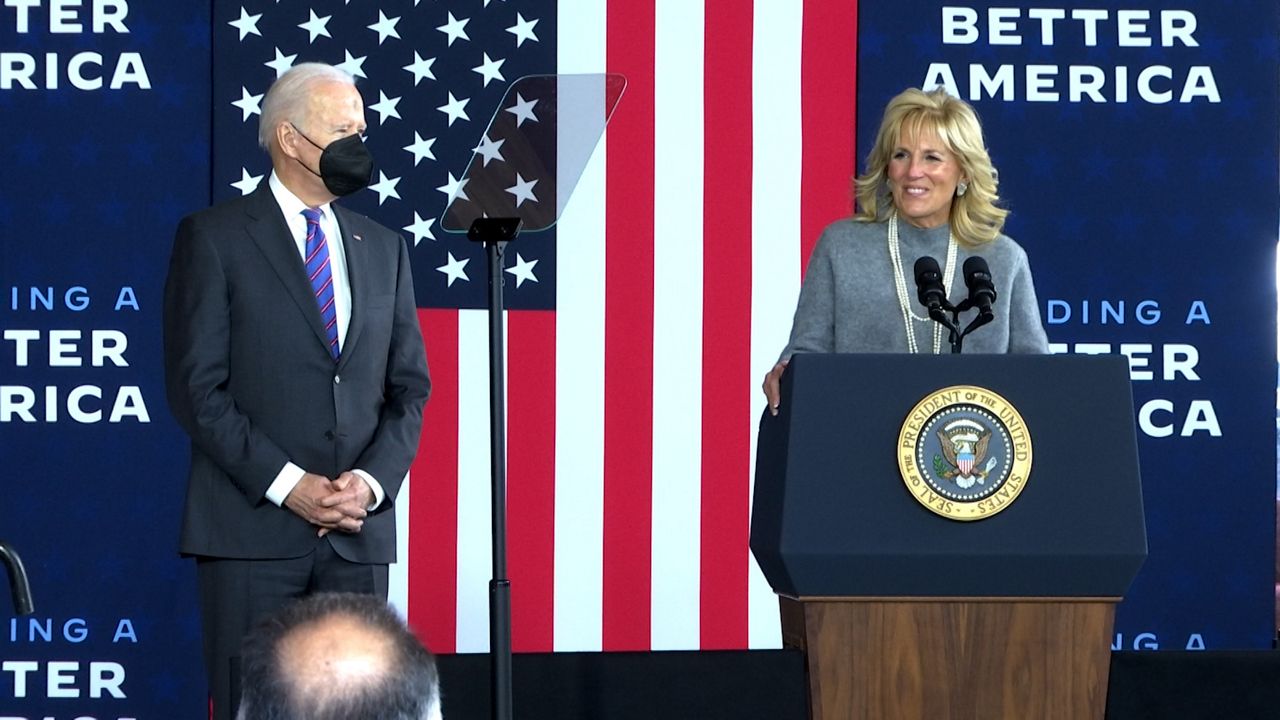 The president discussed major projects that need to be prioritized in the Great Lakes region Wednesday, including the Blatnik Bridge, which connects Superior to Duluth, Minnesota.

On a more serious note, AF1 has landed in Duluth, and according to pool reports, @POTUS will be making a stop at the Blatnik Bridge which:
• Connects Superior to Duluth
• Was built in '61 and is nearing the end of its usable life
• Per MNDOT, about 33k drivers use daily

About 33,000 drivers pass over the bridge daily, according to the Minnesota Dept. of Transportation.

“When the Husky oil refinery exploded in Superior back in 2018, this bridge is the one many of you took to get your families to safety. And so you know it matters, but you may not know, as was mentioned earlier, the bridge is 61 years old and at the end of its useful life," Joe Biden said. 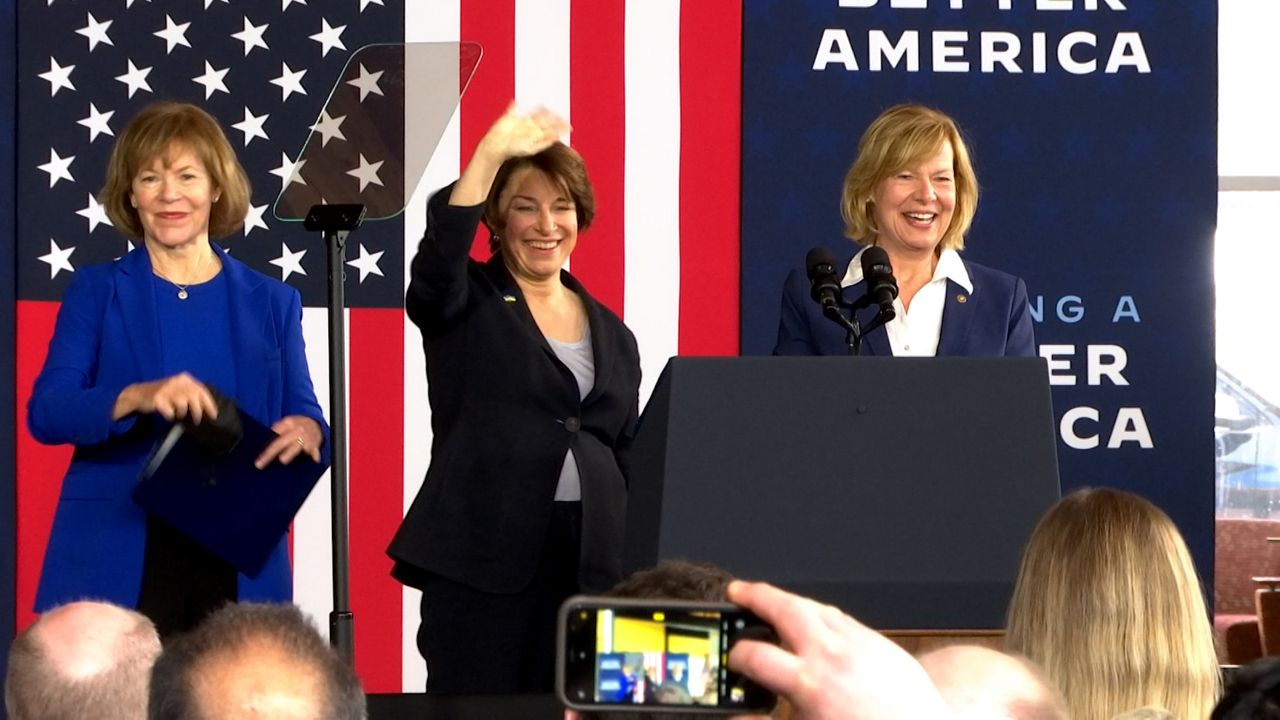 President Biden said the fix can finally be funded with the bipartisan infrastructure package he signed into law in November, which Sen. Tammy Baldwin, D-Wisconsin, has been a vocal supporter of.

“I was proud to be the one Senator from the state of Wisconsin who voted for it,” Baldwin said in a speech before the president gave his remarks.

Though Wisconsin and Minnesota are expected to receive several billion to improve roads and bridges, both states will fall short to cover the costs of a project like the Blatnik, which left both leaders to do some advocating of their own. 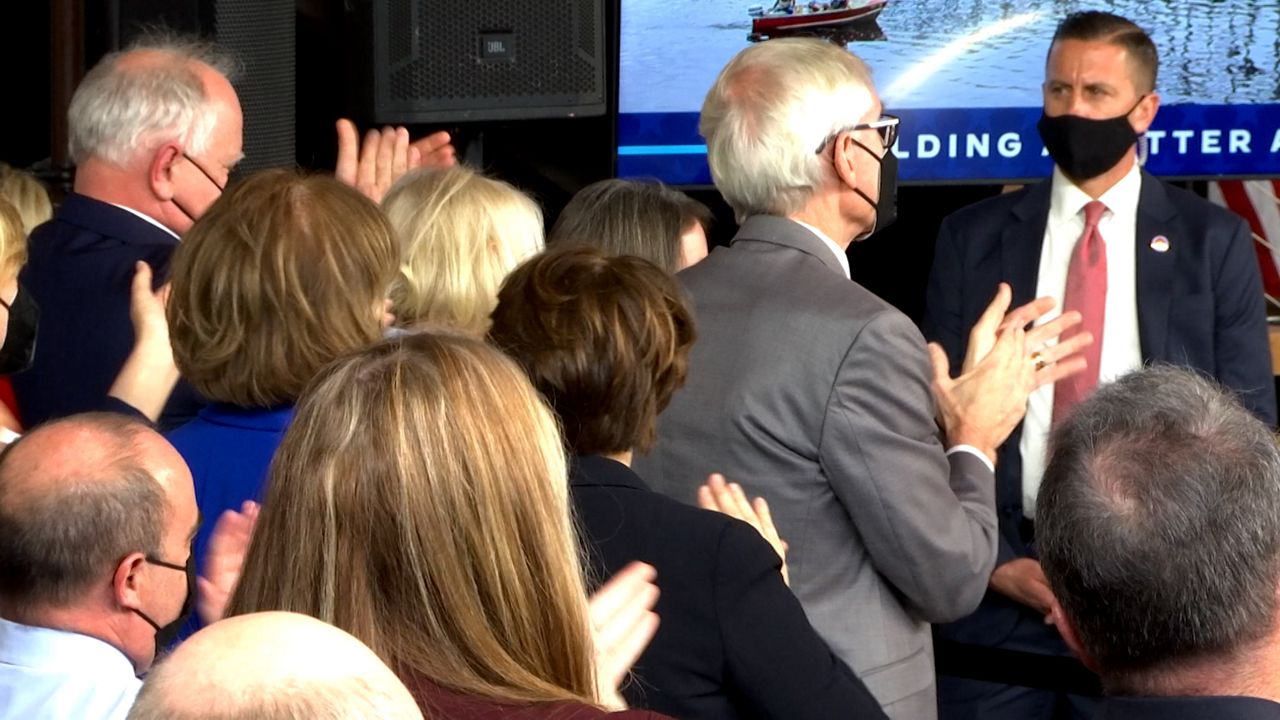 “Governor Walz and I had a chance to talk to the president about this project, and I hope the president might be able to put in a good word for us,” Gov. Tony Evers told the crowd.

To make that happen, Wisconsin can compete for an additional $12.5 billion through the Bridge Investment Program.

Those funds would be on top of the $5.2 billion for highway programs, and $225 million for bridge repair and replacement, Wisconsin is already expected to receive over the next five years. 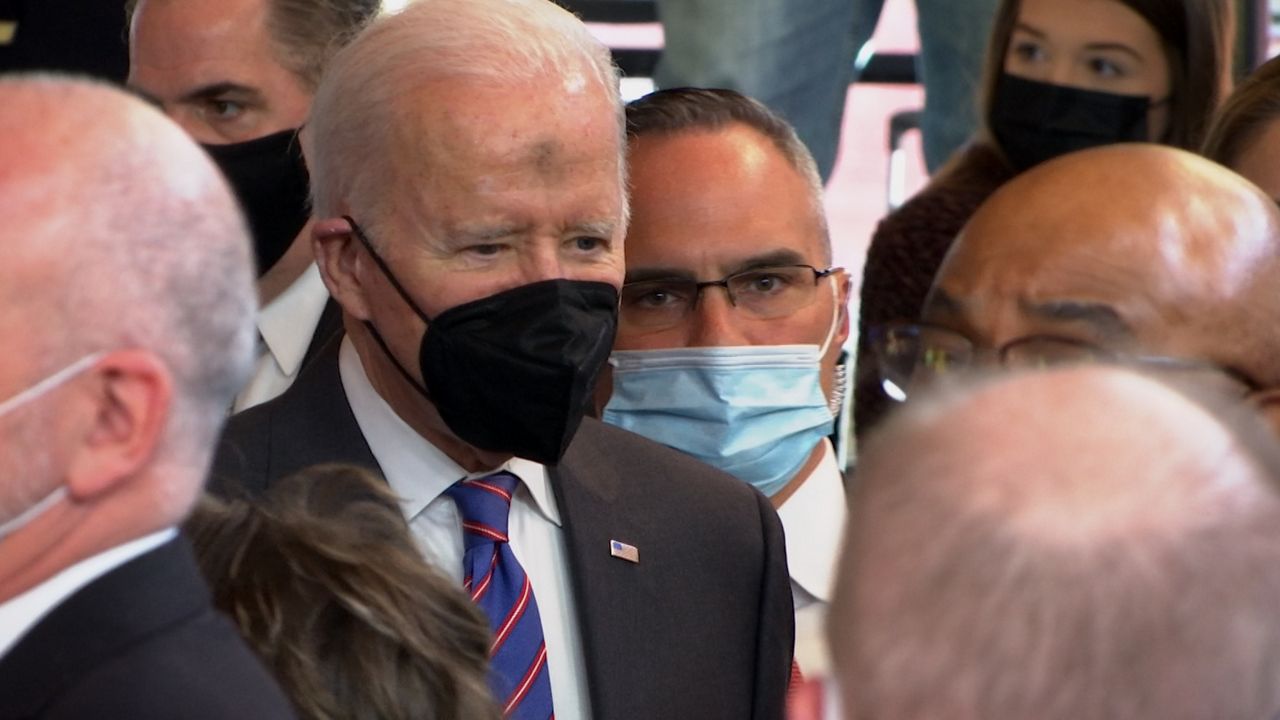 While the Biden administration focused the conversation on job creation from infrastructure spending, Republicans criticized the president's record on mining and construction of the Keystone XL pipeline, both of which are key issues for those living in northern Wisconsin and on Minnesota's iron range.

“Joe Biden’s public relations stop in Superior only exemplifies why his approval ratings are plummeting – he’s too busy planning photo-ops to focus on the issues that matter,” Republican Party of Wisconsin Chairman Paul Farrow said in a statement. "Amid his attacks on mining, threats to pipelines like Line 5 and halting of Keystone XL, and failure to continue American energy independence, no amount of photo-ops will stop rural Wisconsinites from leaving the Democrat Party in droves.”