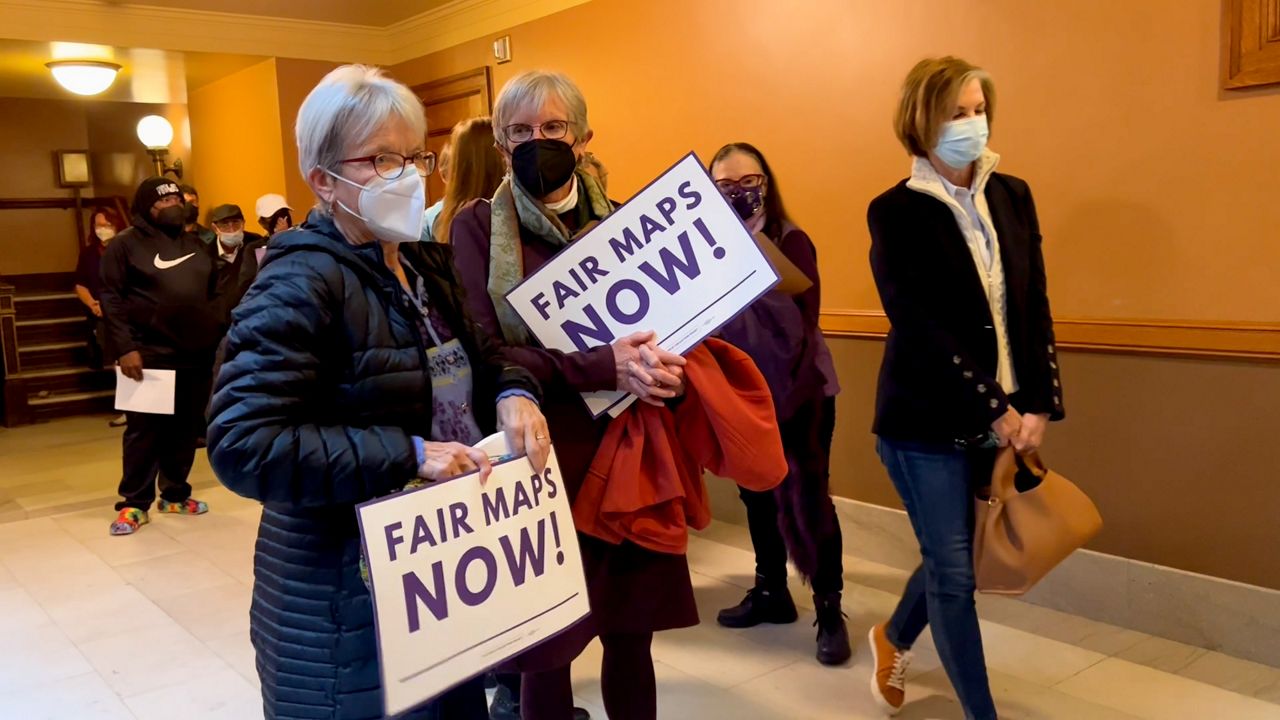 MADISON, Wis. — Lawmakers on a joint committee from both sides of the aisle, and both the Senate and Assembly, spent Thursday listening to what Wisconsinites think about the new legislative maps proposed by Republicans.

Janet Brandt and her friend Myra made the drive from rural Iowa County to Madison.

“My voice is lost, you know the issues that are important to me, I don't have anyone that I can go to who is really going to listen because of the way the maps were drawn,” Brandt said.

Brandt is upset her county was split into three different districts. 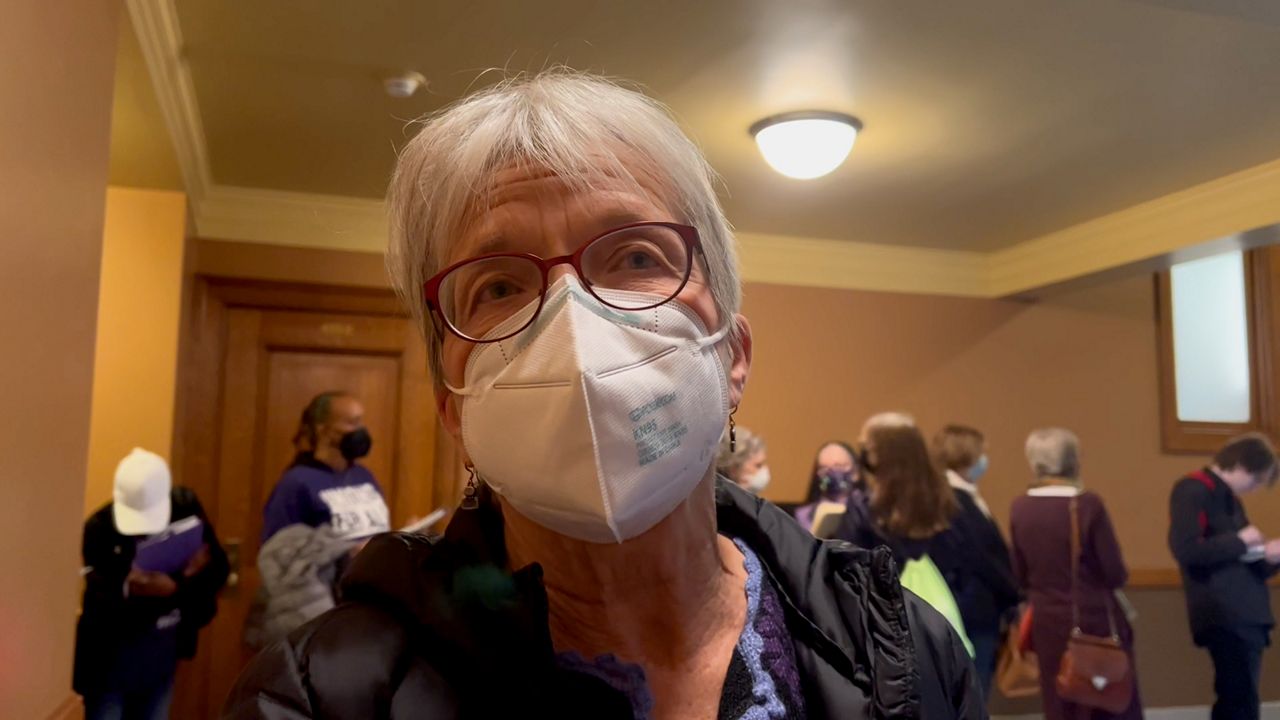 Janet Brandt, who lives in the Town of Arena, shares her concerns about the new proposed maps ahead of a public hearing.

“The district that I got packed into, that Assembly person has five counties that they're representing, so when I have an issue about Iowa County that's important to me, I either have to go to someone that's not my representative and has three different districts that he's trying to represent or I can try to make the pitch to someone who's representing five other counties,” Brandt said.

Andre Walton shares that concern too, even though he lives in a more urban area.

“I actually live in Sheboygan,” Walton said. “It used to be one district, the city, and then they split it in half. Now, it's two districts and they've done that to separate the voters. I would like to see that change.” 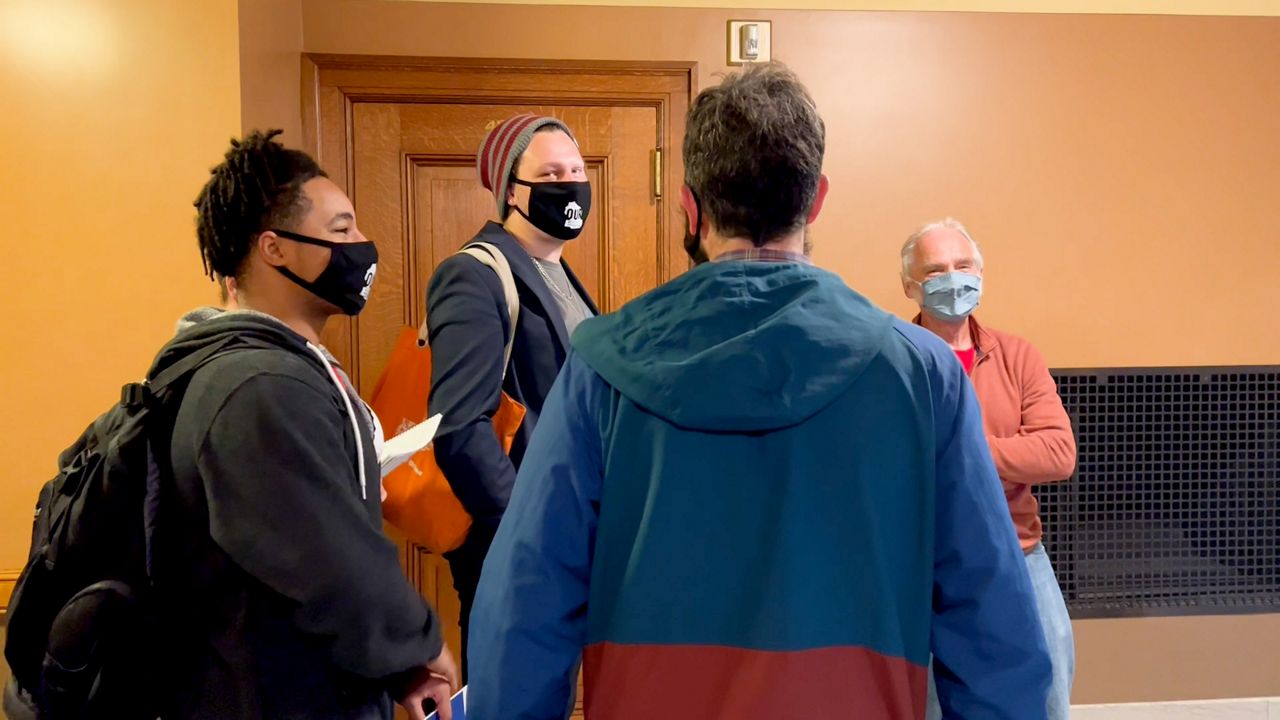 Andre Walton (left) of Sheboygan talks with fellow opponents of the proposed maps as they wait for their turn to testify before the joint committee.

Eric Rorholm drove from Milwaukee to tell lawmakers the maps should help bring communities together.

“These maps don't do that, especially in the Milwaukee area,” Rorholm said. “They divide the voices of young people, they break up similar communities, they pit areas with racial differences and economic differences, like inequality issues, against each other instead of bringing people together.” 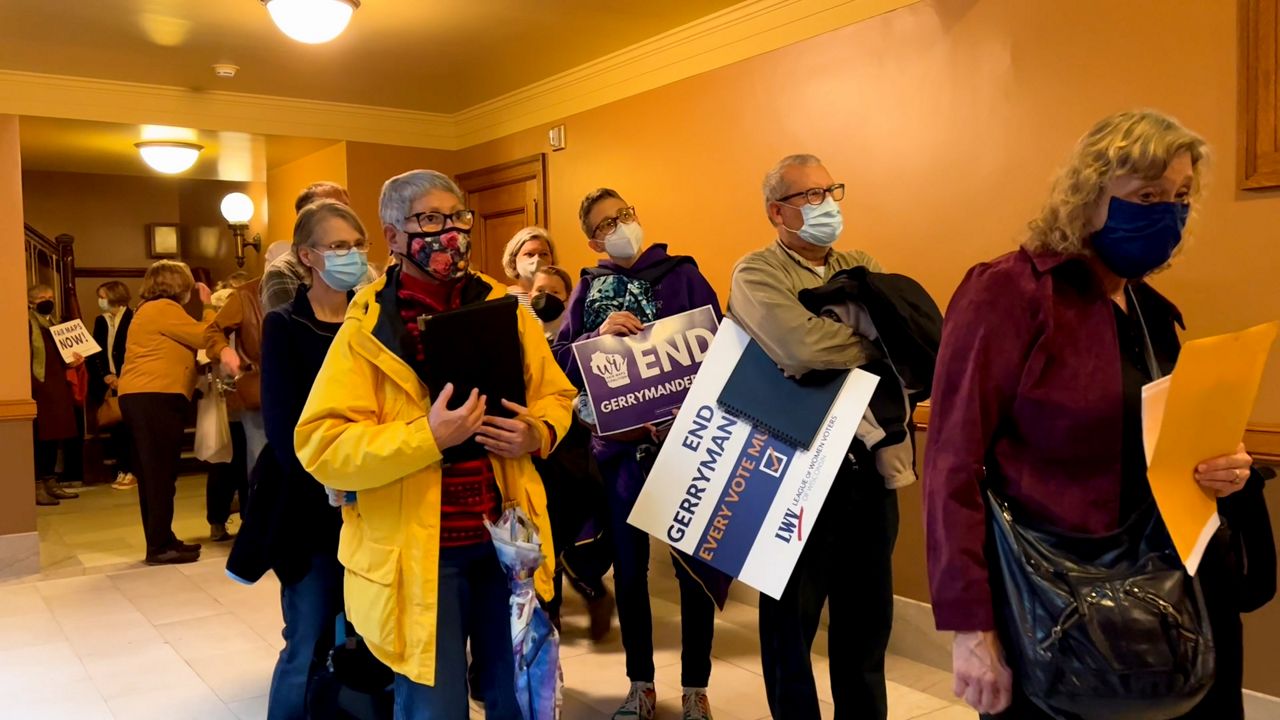 Opponents of the proposed legislative maps gather in a hallway of the state Capitol near the hearing room.

However, many who testified weren't just concerned about maps that represent demographics. For William Walter, who lives in Germantown, he also wants to give people his age a reason to move here, especially as the state struggles with a labor shortage.

“I think fair maps is a great opportunity to kind of show these young professionals that Wisconsin is serious about our constituents,” Walter said. “Our elected officials demand accountability and you will see that accountability if we have more just and equitable maps.”