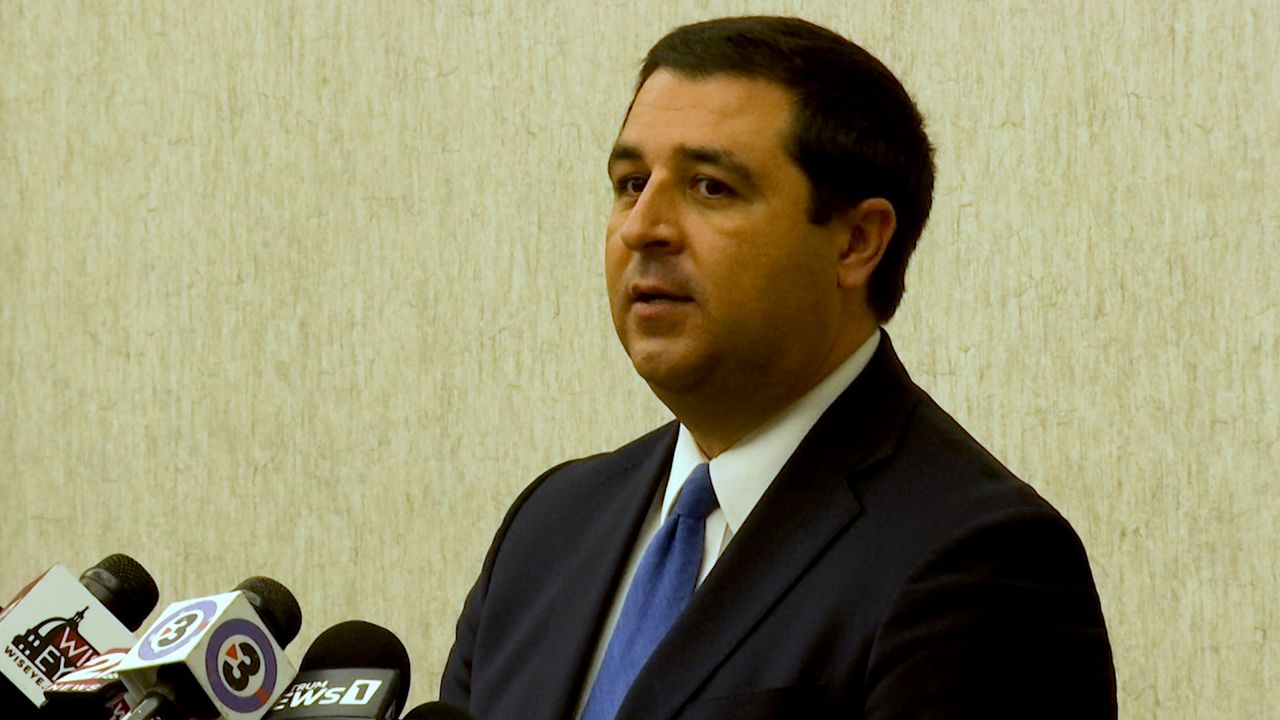 MADISON, Wis. — The special counsel leading the Republican-led investigation into the November 2020 election released a second video over the weekend to keep the public updated about the process.

In the nearly seven-minute-long video message posted to YouTube, retired Justice Michael Gableman took aim at the Democratic Gov. Tony Evers' criticism of the effort and continued to push for figuring out if elections laws were violated.

Wisconsin Attorney General Josh Kaul, a Democrat, held a press conference Monday afternoon to discuss a letter his office sent to Special Counsel Gableman responding to the subpoena of the Wisconsin Elections Commission and its administrator Meagan Wolfe.

“This fake investigation is an abuse of the Legislature's authority,” Kaul told reporters. “Wisconsin taxpayers shouldn't be on the hook for this beginner's guide to election administration and investigations, and what we are seeing is corrosive to our democracy.”

In the response letter, Kaul raised several legal problems within the issued subpoena, such as testifying behind closed doors.

“The statutes say that the hearings that are going to be conducted need to be conducted in front of a legislative committee, not in a private location in Brookfield as has been suggested,” Kaul said. 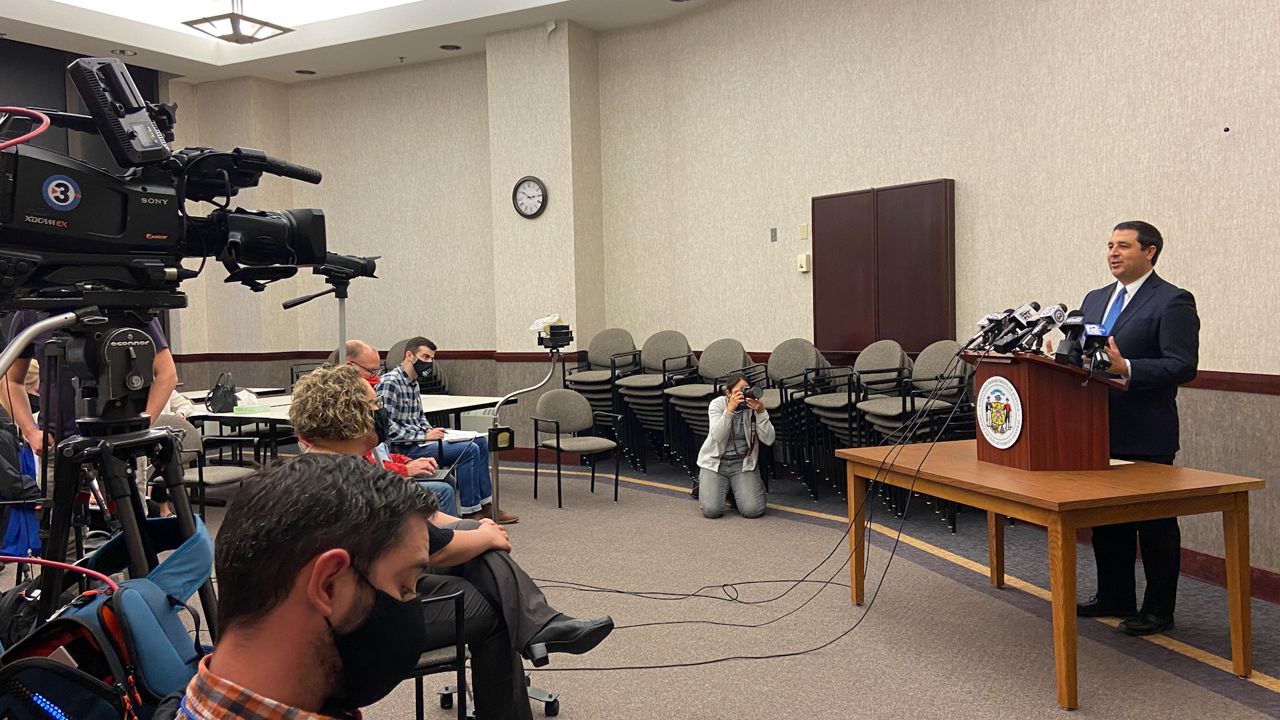 Attorney General Josh Kaul holds a press conference at the Dept. of Justice on Monday in downtown Madison, Wis.

Some Republicans have taken issue with the subpoenas too. State Rep. Janel Brandtjen (R-Menomonee Falls), who chairs the Assembly's Campaigns and Elections Committee, said her committee, which Gableman is supposed to serve, did not approve of the current subpoenas.

“I do not approve of the current list of subpoenas to the five Wisconsin Mayors, as this provides immunity to them in any trial or criminal proceedings,” Brandtjen said in a statement.

However, according to Wisconsin Legislative Council, for a subpoena to be valid, it must be signed by the Speaker and Chief Clerk of the Assembly. Brandtjen's committee previously issued subpoenas without those signatures, and the requests were ultimately ignored.

While Brandtjen raised concerns over the immunity offered by Gableman, Kaul said it is likely moot.

“Justice Gableman is making up the notion that he has any authority to offer immunity,” Kaul said. “He is not a prosecutor.”

Kaul, however, did acknowledge that state statute provides certain immunities under specific circumstances for those compelled to testify before legislative committees. However, it is unclear if that would apply to a closed meeting held in Brookfield.

Last week, Gableman issued a second round of subpoenas to the mayors and election officials of Wisconsin's five largest cities.

At the time, Gableman said he wanted all materials related to the election and those who were subpoenaed would have to come to his office for interviews this month.

However, someone who works with Gableman walked that back and said the mayors wouldn't need to submit what would ultimately be thousands and thousands of pages of documents. Instead, more limited information already subject to open records requests would suffice and officials could avoid interviews.

Late last week, Gableman appeared to have shifted his stance and said interviews would happen if the mayors didn't cooperate.

On Saturday, Gableman released his second video on YouTube in which he said claimed there is “compelling evidence” that Wisconsin's election laws were not followed.

“Based on what the Office of the Special Counsel has investigated so far, there is compelling evidence that Wisconsin's elections laws were not properly followed by election officials at both the state and local levels,” Gableman said in the video.

However, he did not offer any specifics as to what those violations could be.

Gableman also used the opportunity to fire back at some of the criticisms of the probe from Gov. Evers and said he has a “misguided view” about the purpose of the investigation.

“I would like to ask Tony Evers how is it a boondoggle for the people of Wisconsin to find out if their elections were run fairly?” Gableman asked in the recorded message. “What's the alternative? The alternative is looking the other way.”

A spokesperson for the governor likened the probe to a circus and Gableman to a ringleader.

“Speaker Vos’ circus has a ringleader who, without understanding how elections work, has predetermined the results of this sham review,” Britt Cudaback, communications director for the governor, said in a statement. “This video only further underscores the governor’s comments that this is a $700,000 boondoggle on taxpayer dime to confirm what independent reviews have already proven: Wisconsin had a free, fair, and secure election, and President Biden won.”

What legal actions could come from the investigation

Nearly a year after the election, no election officials or volunteers in Wisconsin have faced any charges tied to any sort of fraud. Lawsuits claiming illegal absentee voting practices have gone nowhere and recounts have upheld results.

Only four voters have faced charges tied to allegations of fraud, such as voting twice or voting as a felon.

If Gableman believes he has “compelling evidence” that laws weren't followed, what options does he have?

Kaul told reporters facts should be referred to a law enforcement agency and ultimately a district attorney can decide whether to bring charges.

While the Legislature can review election policy and procedures, Kaul made clear they are not a criminal investigation agency.

“There have been some statements, including the resolution authorizing this investigation, that suggest that the legislative committee is acting in a law enforcement role,” Kaul said. “That is not permissible under the separation of powers.”

While Kaul said no one should treat the results of the investigation as credible, Republican Assembly Speaker Robin Vos (R-Rochester) criticized the attorney general for ignoring the Wisconsinites who raised concerns about election irregularities, which Vos said should be a bipartisan issue.

“In order to restore confidence in our election system, Justice Gableman will continue his investigation,” Vos said in a statement. “The subpoenas have been issued correctly – a fact backed up by the nonpartisan Legislative Council in a memo requested by Assembly Democrats.”

The first round of Gableman's subpoenas set a deadline of Oct. 15 and the second batch sent to mayors asked them to appear on Oct. 22.