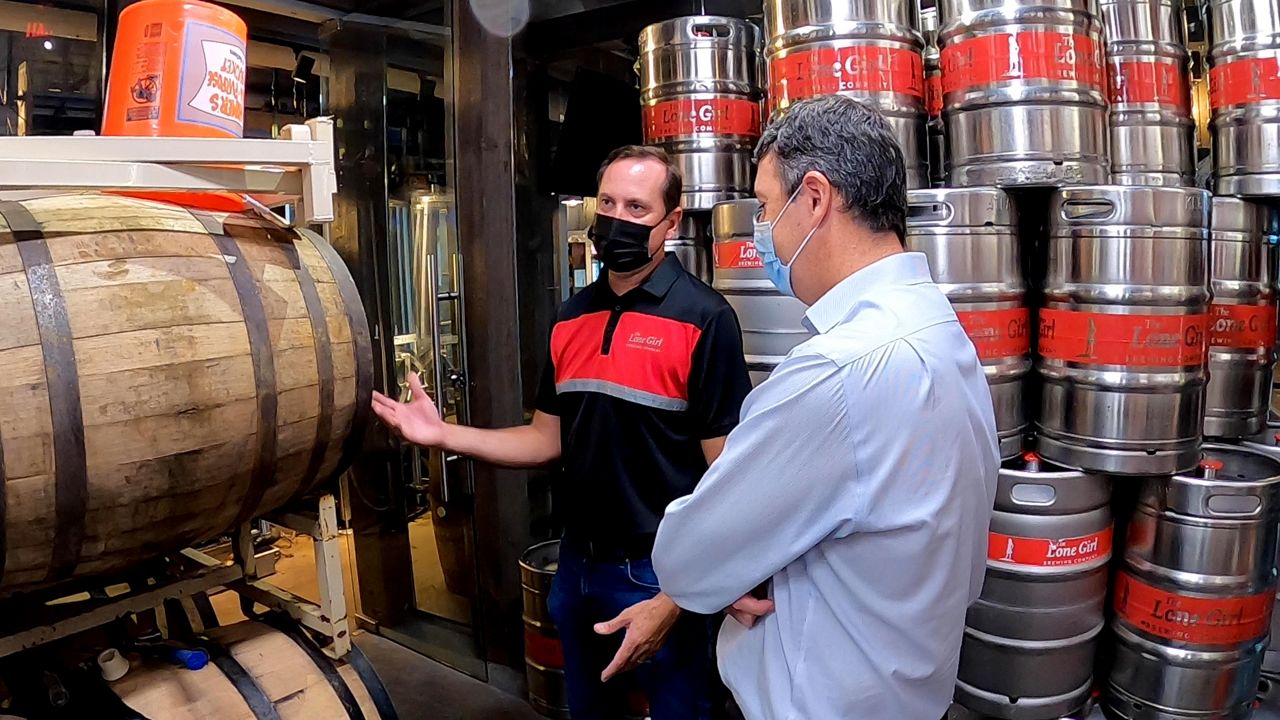 Thousands of Wisconsin businesses received grants amid the pandemic, so how did they spend the money?

WAUNAKEE, Wis. — The Badger Bounceback effort by Gov. Tony Evers poured money into main street businesses across the state in an effort to keep them afloat amid the pandemic.

Thursday afternoon, the state's administration secretary got a firsthand look at the impact those investments made.

More than 53,000 businesses all across Wisconsin received federally funded grants amid the pandemic. For some, like The Lone Girl Brewing Company in Waunakee, it is the reason the doors are still open today.

For small brewery owner Kevin Abercrombie, the Badger Bounceback effort was a lifeline for his business.

“I think I liken it to a set of jumper cables, it kind of got the car going again,” Abercrombie said.

Before the funds, Abercrombie made budget cuts just about everywhere possible.

“I mean we're talking about turning off the TVs and canceling that account,” Abercrombie said. “Do we really need the phone to have voicemail? Every little thing we could do to get through and survive.” 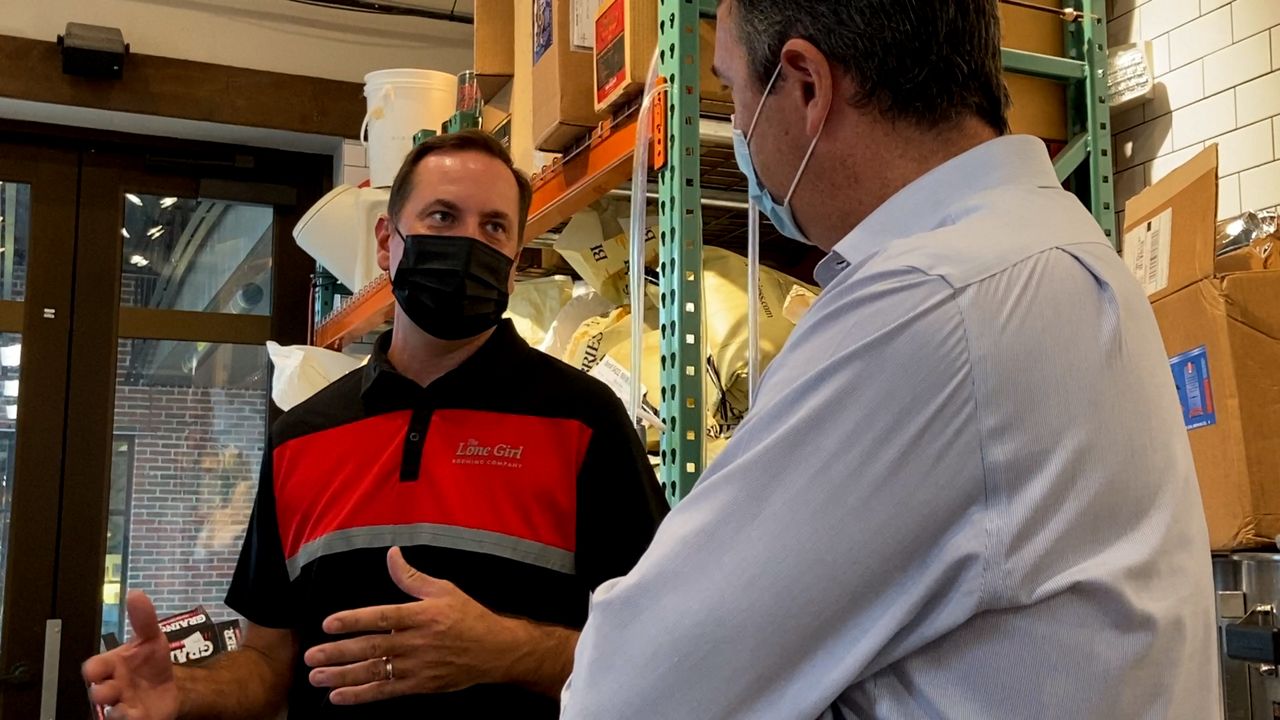 The Lone Girl Brewing Company received $20,000 in CARES funding through the “We're All In” grant, which Abercrombie put straight into payroll to bring people back to work.

“Receiving that grant money coincided very nicely with the time we were allowed to open inside,” Abercrombie said.

A lot of the staff at Lone Girl is part-time, but during the summer, when it is the busiest, Abercrombie needs between 75 and 100 people. He was down to just 10 when he could only do curbside takeout orders. Now, he is slowly working his way back up to about 20 to 25 employees.

“It's not uncommon for me to be cooking or be behind the bar or at the host stand,” Abercrombie said. “I don't mind those things, but it inhibits progress of where we want to be as a business.” 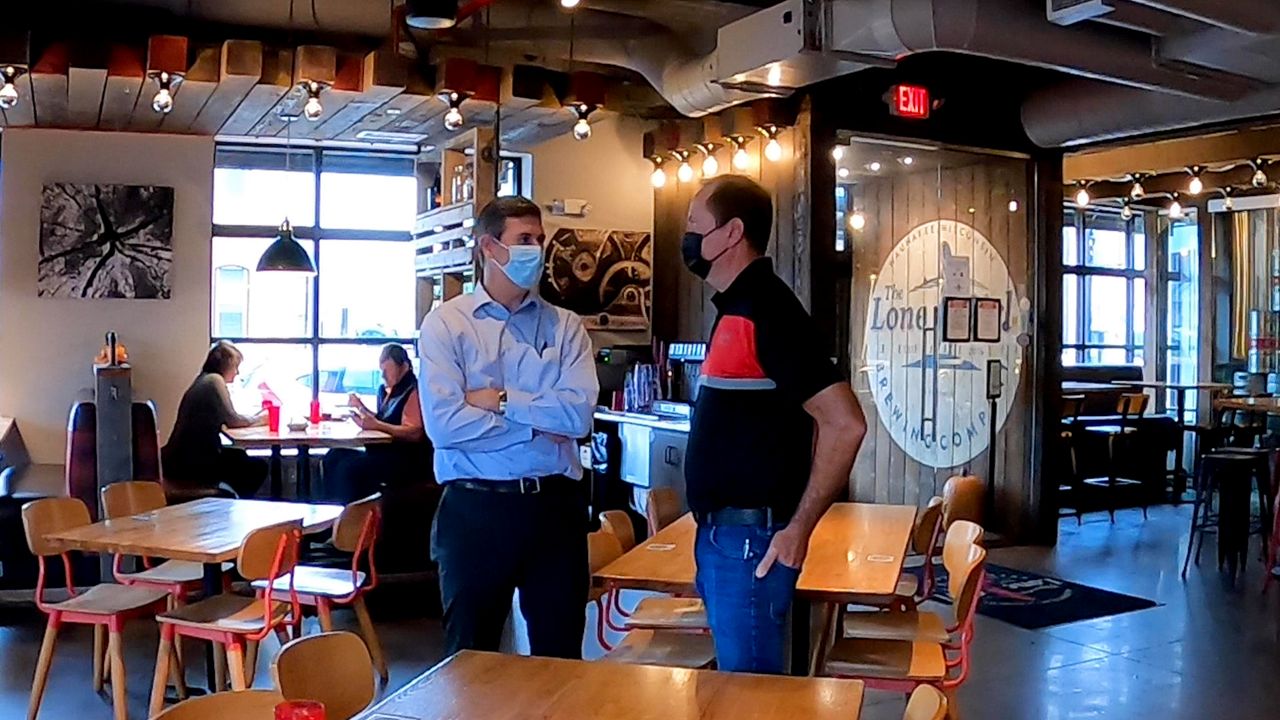 Secretary Brennan and Kevin Abercrombie discuss the ongoing pandemic recovery in the dining room of The Lone Girl Brewing Company.

As much as people want things to be normal again, Abercrombie said they are not. He is still feeling a pinch on the ability to hire, which he shared with Dept. of Administration Secretary Joel Brennan, who stopped by Thursday.

“There's still a lot of recovery to be done here in our state, and people are going about it day by day," Brennan said. "I'm happy to get a chance to get a glimpse of it."

A glimpse that, to use Abercrombie's car analogy again, shows the work still ahead to fully recover. 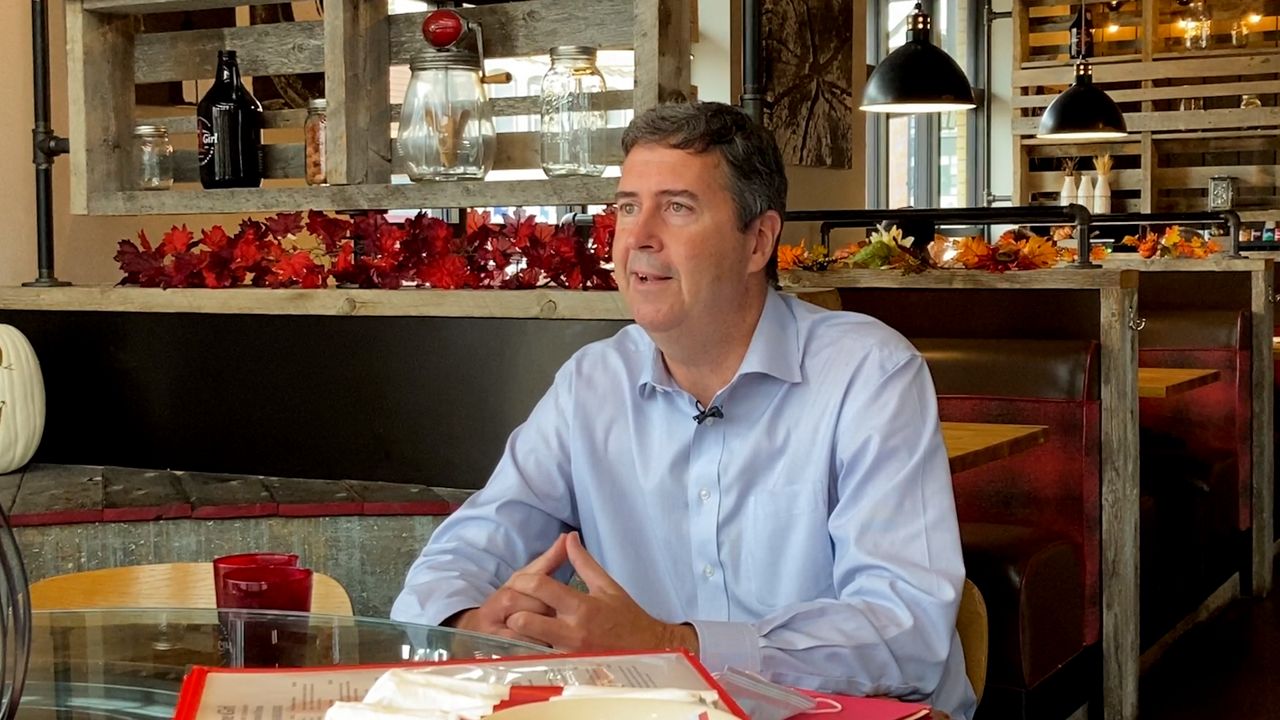 “We're nowhere near traveling at the speed limit,” Abercrombie said. “We're operating at about 75 to 80% of our normal revenue base. It's a confusing time for our employees because we're still kind of game show operations around here. You keep trying something new. That's hard.”