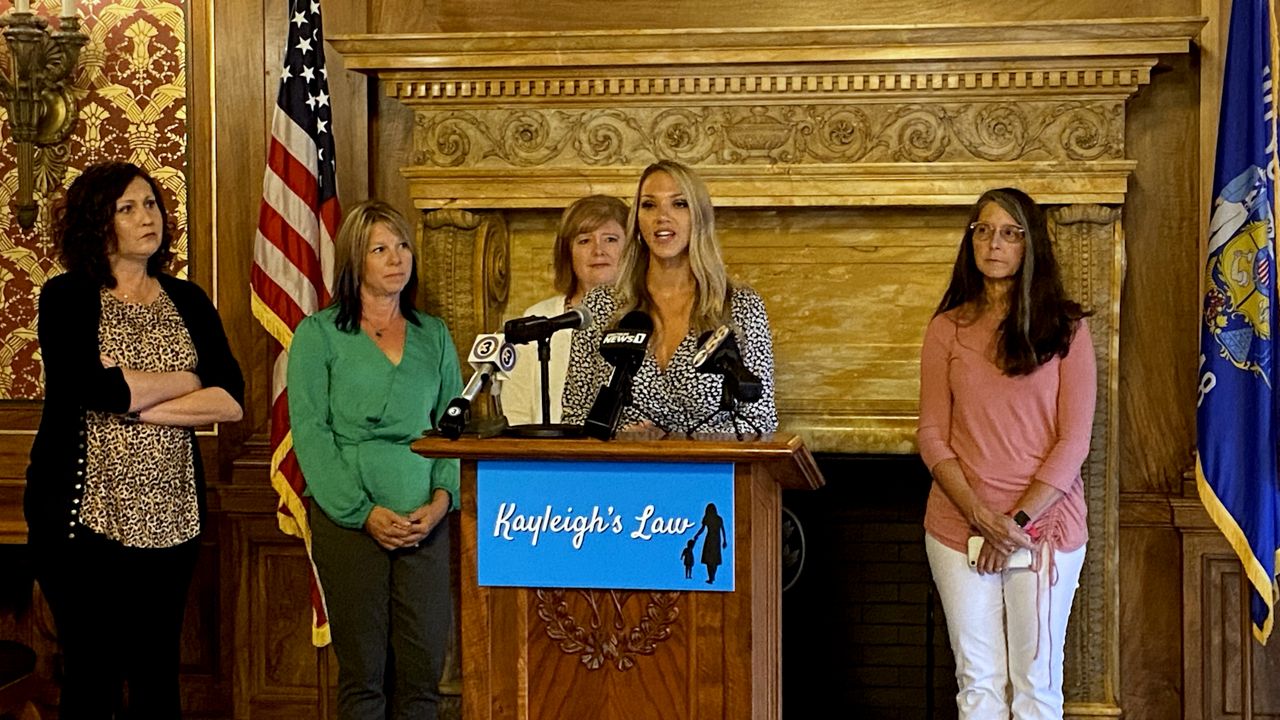 MADISON, Wis. — A new proposal in the state legislature aims to help protect sexual assault victims from their assaulter.

"Kayleigh's Law" is pretty straightforward, so much so it is only two pages, which isn't very common for a bill.

Under the proposal put forth by State Rep. Barb Dittrich (R-Oconomowoc), certain sexual assault victims could ask a court for a lifetime restraining order against their convicted assaulter.

During a press conference Wednesday, Kayleigh Kozak, the namesake of the legislation, spoke about her experience and the effort she pursued to get a similar law passed in Arizona.

“I asked what protection would be in place for me once his probation was terminated, and I learned there was nothing," Kozak said. "There was no such thing as protection that comes after probation is terminated. A victim's direct protection falls within the terms of their probation. I cannot believe it was an all-or-nothing case scenario.”

Earlier this year, Arizona became the first state in the nation to offer such protections to victims. The law, which sets out to provide the ability for the victim to seek out continued protection from contact, even if a perpetrator’s probation is terminated, received overwhelming bipartisan support.

“Kayleigh’s Law” is named for Kayleigh Kozak who spoke about spearheading the effort in Arizona. pic.twitter.com/3mGnJwZfwf

“No victim should ever have to re-face their abuser to fight for the protection that they rightfully deserve, and now in the state of Arizona, they no longer have to," Kozak said. "I am so happy to say that this is a law in Arizona, but Arizona is not enough because victims everywhere matter to me. It is my mission to get this law passed nationally.”

State Rep. Dittrich's proposal would allow for a lifetime restraining order to protect survivors of 1st-degree, 2nd-degree, or 3rd-degree sexual assault, as well as in the case of an “individual at risk".

“The trauma victims experience, most often, remains with them an entire lifetime, and as the battle against human trafficking is a bipartisan issue with bipartisan support, this simple but critical legislation just makes sense,” Dittrich told reporters.

It is too soon to know how much bipartisan support the legislation could garner as it was only recently circulated for co-sponsorship from other lawmakers. State Sen. Jerry Petrowski (R-Marathon) is the author of the legislation in the Senate.