MADISON, Wis.— It only took a matter of seconds for Republicans, who control the Legislature, to end a special session called by Democratic Gov. Tony Evers to expand Medicaid in the Badger State.

The decision ultimately means Wisconsin will lose out on federal funding, including a one-time bonus of $1 billion in coronavirus relief money.

Gov. Evers hoped to use the savings and stimulus funds to pay for more than 50 projects across the state. Among them, investing $11 million toward rural emergency medical services across Wisconsin by distributing the funds on a per ambulance basis.


The impact of expansion

“Being a rural department, granted there are departments that are smaller than us, I can't imagine being smaller than Cross Plains because everyone is stretched thin in regards to staffing,” Mabrey said. “Sometimes equipment can be an issue.” 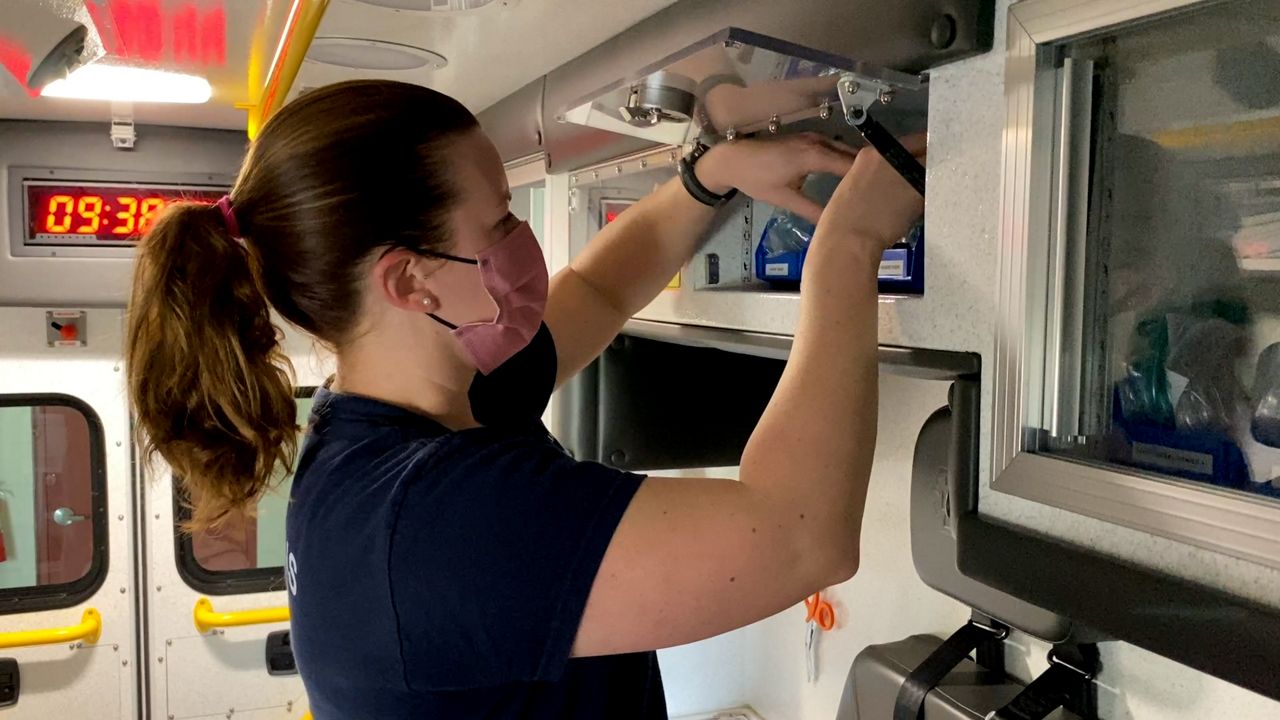 With three full-time staff, including herself, and a couple of paid part-time positions, most of Cross Plains EMS relies on volunteers. A total of about 30 people at the department might sound like a lot, but Mabrey said it's not when you need to be ready to go around the clock.

“We need people and whether it's to make something nicer for the volunteers to come in or to try to get more full-time staff just to keep stability here, more money would be huge,” Mabrey said.

However, the money that Mabrey was hoping for is all but gone.

“We need to get this ambulance out the door,” Mabrey said. “We need to keep training. We need to make sure we're following all the requirements as outlined by the state, and we can't do that without help.”


No debate, no votes

Both the Assembly and Senate chambers in Madison sat mostly empty Tuesday as Republican leaders adjourned the special session called by Gov. Evers to expand BadgerCare with no debates and no votes.

The Assembly session lasted roughly 40 seconds, while the Senate was wrapped up in less than 10 seconds. For years, Democrats have pushed to expand eligibility for the state's Medicaid program called BadgerCare Plus. Tuesday's lack of action was the latest defeat to the effort. 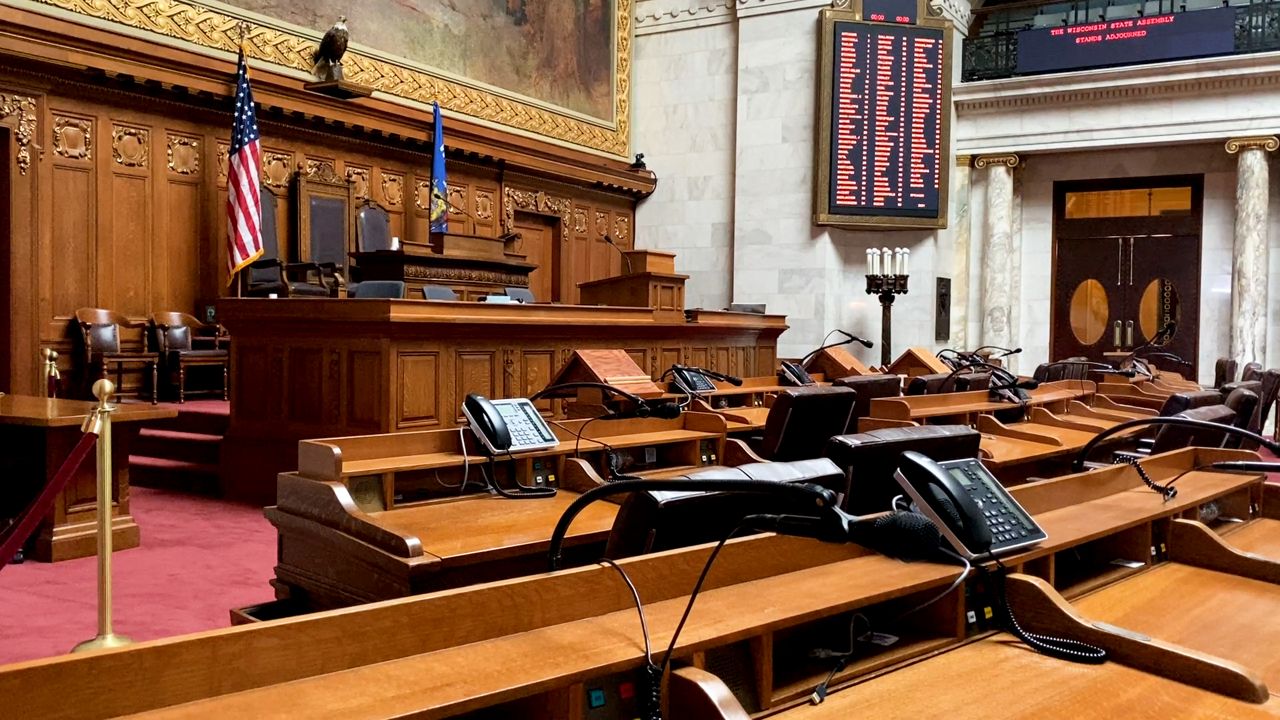 “The projects the governor has identified, which have been community projects throughout the state, they will not happen,” Assembly Minority Leader Gordon Hintz (D-Oshkosh) said during a press conference. “They will not receive funding. It's not just about recovery, it's about opportunity. We haven't had this before.”

Unlike previous attempts in past years, $1 billion of one-time federal stimulus money was available this time. Democrats hoped the outcome would be different and questioned why Republicans refused to join 38 other states in accepting expansion. 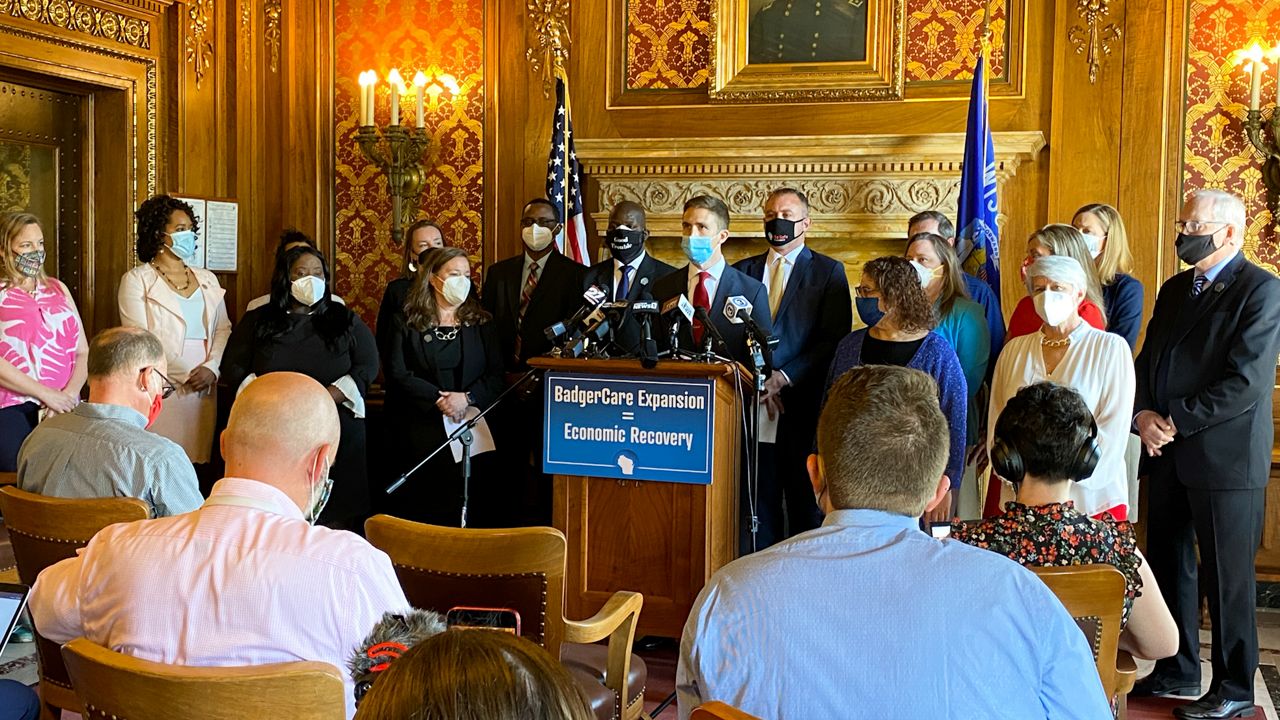 Republicans have long opposed Medicaid expansion and called the latest attempt a political stunt. Leaders in the caucus don't want to move people from private insurance to BadgerCare Plus out of fear less federal money will be available in the future, causing Wisconsin to pay a higher share for coverage.

“Everyone who wants insurance in our state has access and options,” Assembly Speaker Robin Vos (R-Rochester) and Sen. Majority Leader Devin LeMahieu (R-Oostburg) said in a joint written statement released last week. “Our unique-to-Wisconsin solution is working, and we will not shift tens of thousands of people off their private insurance to a government-run system.”

Tuesday afternoon, Republican leaders double-downed on their quick rejection of Medicaid expansion in a letter sent to Gov. Evers electronically.

Last week, Gov. Evers called a special session proposing to use $850 million of the $1 billion in federal money to pay for the more than 50 economic development projects, including the investment in rural EMS, and to save the remaining $150 million.

Don’t let politics get in the way of our economic recovery. Expand BadgerCare so we can invest $1 billion into bouncing back from this pandemic.

Tuesday afternoon, Gov. Evers expressed frustration over Republicans' unwillingness to take up his proposal, pointing out that 70% of Wisconsinites support Medicaid expansion.

“It’s breathtaking that after a year of working to prevent us from responding to COVID-19, Republicans would rather keep playing politics with our economic recovery than invest $1 billion into our state’s economy and support communities in their own districts,” Gov. Evers said in a statement. “I think we should be doing everything we can to make sure our economy bounces back from this pandemic, and this special session was about finding common ground and getting bipartisan support for our efforts. Clearly, it’s disappointing Republicans don’t seem to take that responsibility seriously, and they’ll have to explain to Wisconsinites why they made the decision they did today.”

According to the nonpartisan Legislative Fiscal Bureau, estimates show Wisconsin would have saved about $635 million over the next two years because of a higher federal reimbursement rate under Medicaid expansion. Those savings are in addition to the one-time $1 billion approved under the coronavirus stimulus bill.