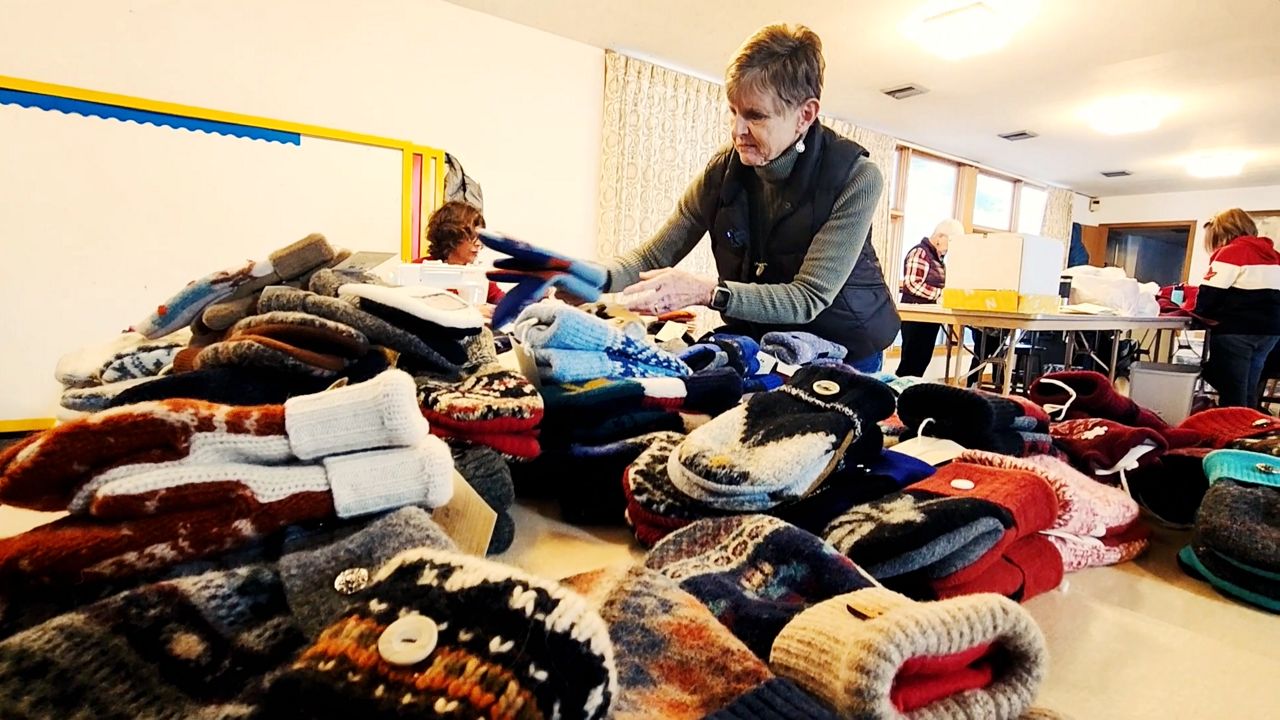 MADISON, Wis. — A Madison nonprofit is fighting food insecurity through one unique and artistic upcycling effort.

On a snowy Tuesday morning, underneath Grace Lutheran Church, about two dozen work away on a passion project.

“Never ever imagined that it would have this big of an impact that we would still be going,” Remitts Mittens Founder Janet Tupy said.

Incredibly, her nearly 14-year-old dream of doing some good for her community began with an impressive start — only a $100 investment and an ability to sew.

“First year, we sold our mittens and made almost $4,000, and we realized we had, you know, hoping for a single and we hit a grand slam,” Tupy said.

The grand slam now features her machine sewing trainer Betsy Nordstrom. The volunteers said she takes great care with the quality of the mittens’ design.

“I think we’re all pretty proud of our product,” Nordstrom said.

And that’s all because St. Vinny’s warm wool sweater rejects and grandma’s donated old button boxes provide the perfect parts for the mittens.

“As you can tell, it’s missing a neck,” Tupy said about a beautiful blue wool sweater being cut into a new kit and repurposed. “It will make fabulous mittens.”

From trash to treasure, Tupy’s Remitt pairs are sold at Madison Metcalfe locations and about 30 other small retailers for $35 dollars a piece.

You can learn more about the fleece-lined wool mittens and where to purchase them, here.