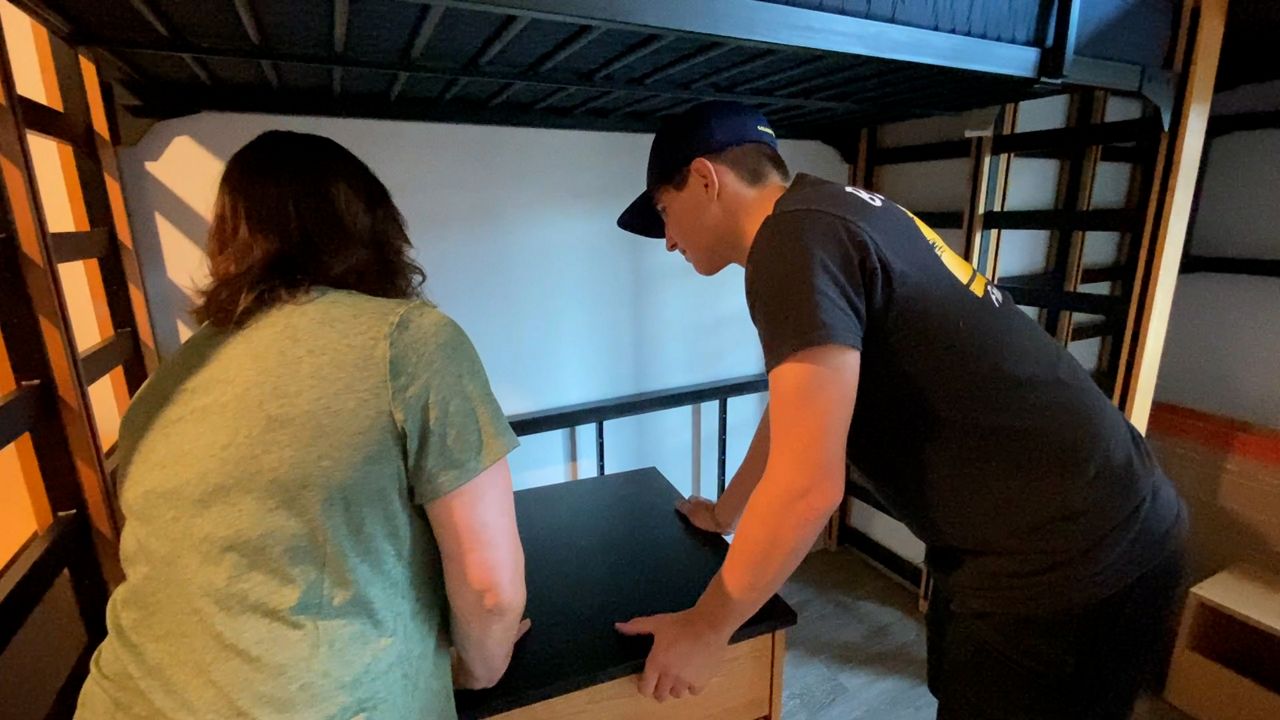 'Prices are higher for sure': College students feel the effects of inflation

MILWAUKEE — Inflation is the worst it has been in more than 40 years. From gas to groceries, prices are going up across the country.

And college students aren’t immune. They and their families are experiencing higher prices on school supplies, dorm necessities and tuition.

“Besides clothes, I pretty much had nothing,” said Tommy Gilcrest, a freshman at Marquette University. “It’s been a lot of Bed Bath and Beyond and Walmart trips.”

“It was a big bill and definitely tallied up by the end of the whole process,” he said. “Stuff like shower caddies, mattress toppers, Keurigs, more storage units and all that kind of stuff.”

His mom, Karen Gilcrest, has noticed too. She and her husband had to foot the bill for whatever their son needed.

Karen moved Tommy’s older brother into college four years ago. She never kept track of exactly how much she spent, but said it was much less than this year.

Marquette University, like many schools in the U.S., raised undergraduate tuition this year. It went up by 2% compared to last year. Room and board rates went up 3.5% as well.

The university said this was to make up for higher food costs along with the cost to maintain residence halls.

Despite inflation, the National Retail Federation reports back-to-college spending is not going down. Since 2019, it has gone up by $19 billion. However, to make up for that, 38% of families reported cutting costs in other areas.

That percentage rose to 47% for families making less than $50,000 per year. About 68% of families also reported noticing higher prices for back-to-school items.

“I think the prices are higher for sure,” Tommy said.

As Tommy prepares for his first year of college 2,000 miles from home, he’s focusing on the excitement — not the cost.

“I felt like Marquette was the best place where I could feel like the people were nice and it almost felt like they were from California,” he said. “They gave me that same comfort and I’m really excited.”

The NRF reports back-to-college spending is set to reach $73.9 billion this year. That’s up $2.8 billion from last year.