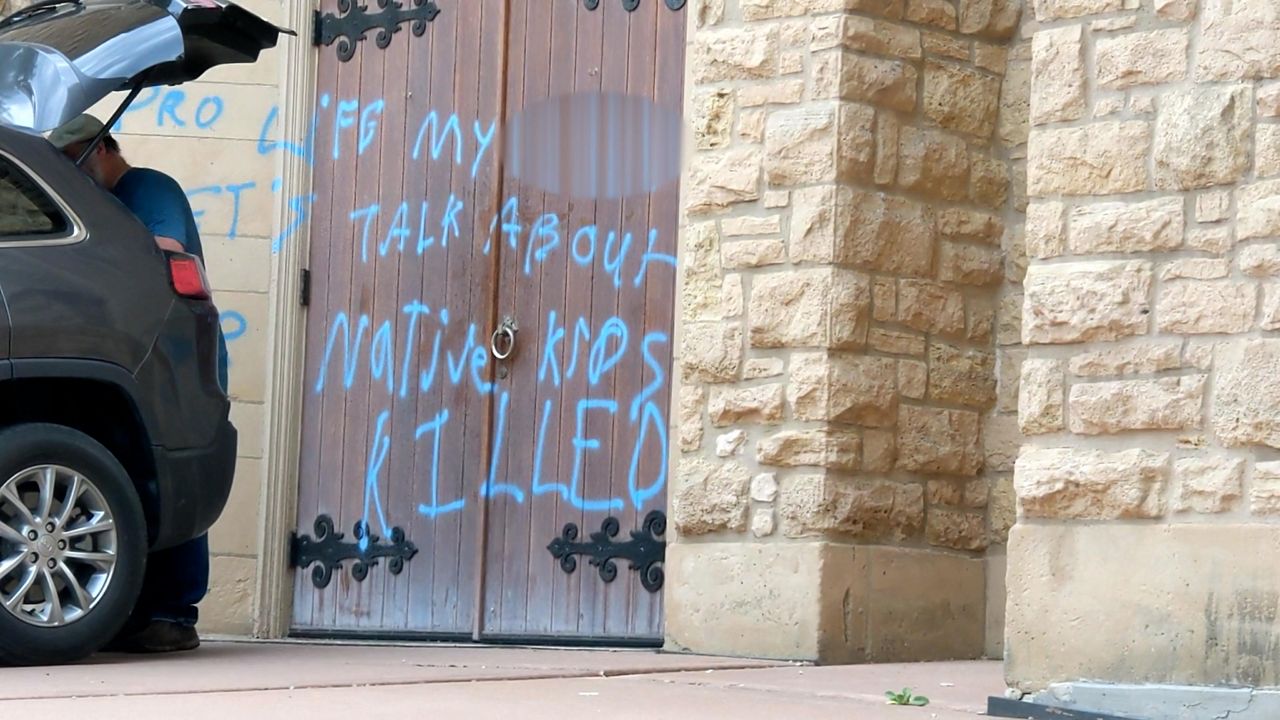 A string of Catholic churches across Wisconsin have been vandalized

MADISON, Wis. — Police hope to find out who vandalized a Catholic church in Madison over the weekend with messages critical of anti-abortion beliefs.

However, it is hardly the only church targeted in Wisconsin following the U.S. Supreme Court's recent ruling that overturned Roe v. Wade.

Five Catholic churches across the state have had to deal with damage recently, which Julaine Appling can empathize with.

“I think what we have is some copycat things,” Appling said. “If it's not the same people, it's certainly copycat.”

Appling serves as president of Wisconsin Family Action, an organization that strives to advance Judeo-Christian values, according to its website; its Madison office was vandalized nearly eight weeks ago. 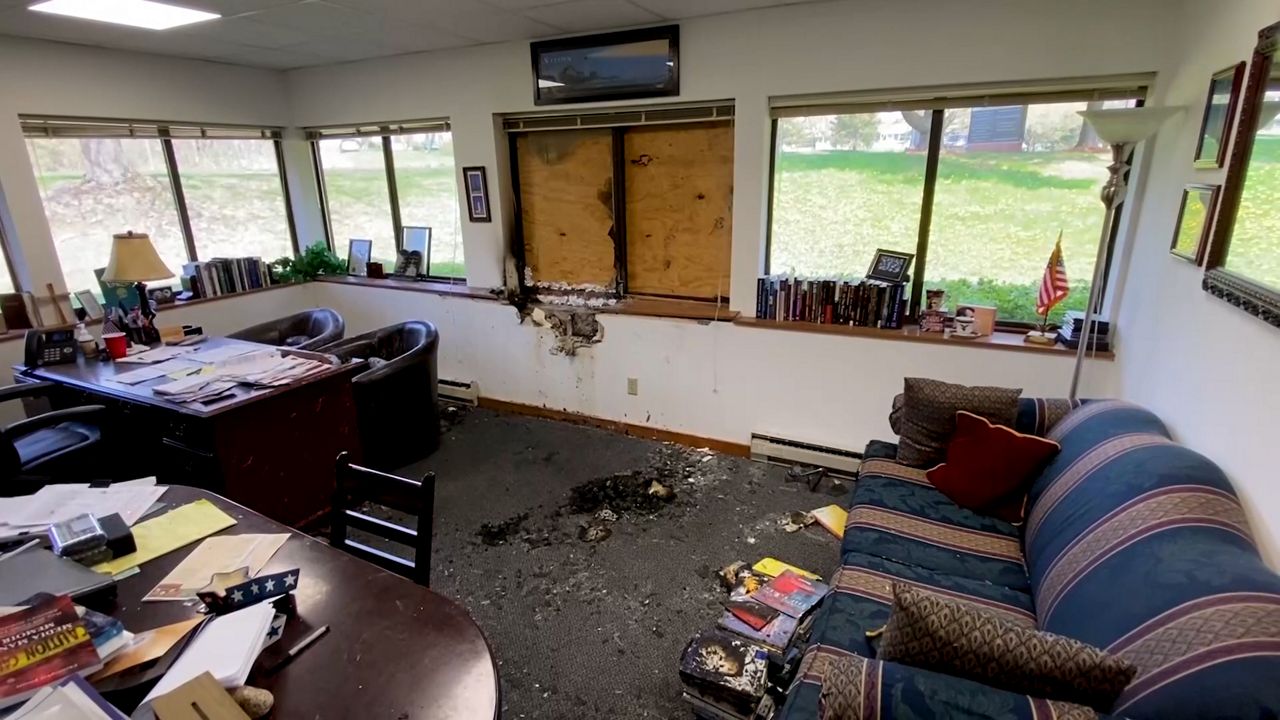 Appling is still worried vandalism, like what happened at St. Bernard Catholic Church, will eventually lead to someone getting physically hurt.

“What I said at the time was, 'I hope it doesn't happen to anybody else,'” Appling said. “Somebody's going to get hurt eventually, because it's just ratcheting up you know— the tension when these things happen.”

Over the weekend, abortion rights and anti-police messages were spray-painted on St. Bernard Catholic Church. 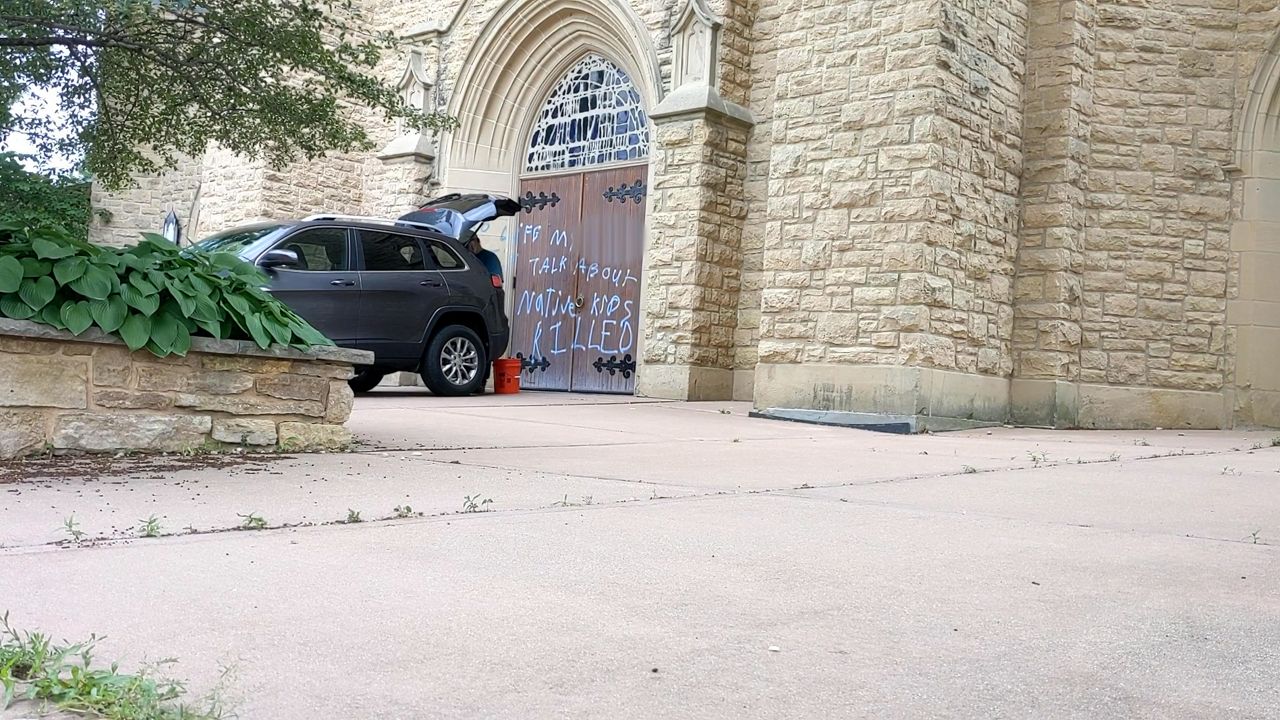 "St. Bernard Parish is saddened over the graffiti on the front of the church,” Rev. Michael Radowicz said in a statement. “We understand people's anger over the recent ruling by the Supreme Court, but this does nothing to solve any issues. We join in prayer for those who did this, that the Lord may heal their hearts. An investigation is ongoing with Madison Police."

Investigations are also underway in Chippewa County, where four Catholic churches were vandalized with spray paint as recently as last week. Three of the parishes are located in Chippewa Falls, and a fourth is in nearby Tilden. Those churches also seem to be gratified by those who support abortion rights.

“I think until we can start putting some closure on this, and finding out who is responsible, you're going to keep having these copycat things here locally, as well as elsewhere,” Appling said.

Police still need help tracking down suspects in all of these cases.

You can anonymously submit a tip using the P3 app or contact the local Crime Stoppers hotline if you have any information.