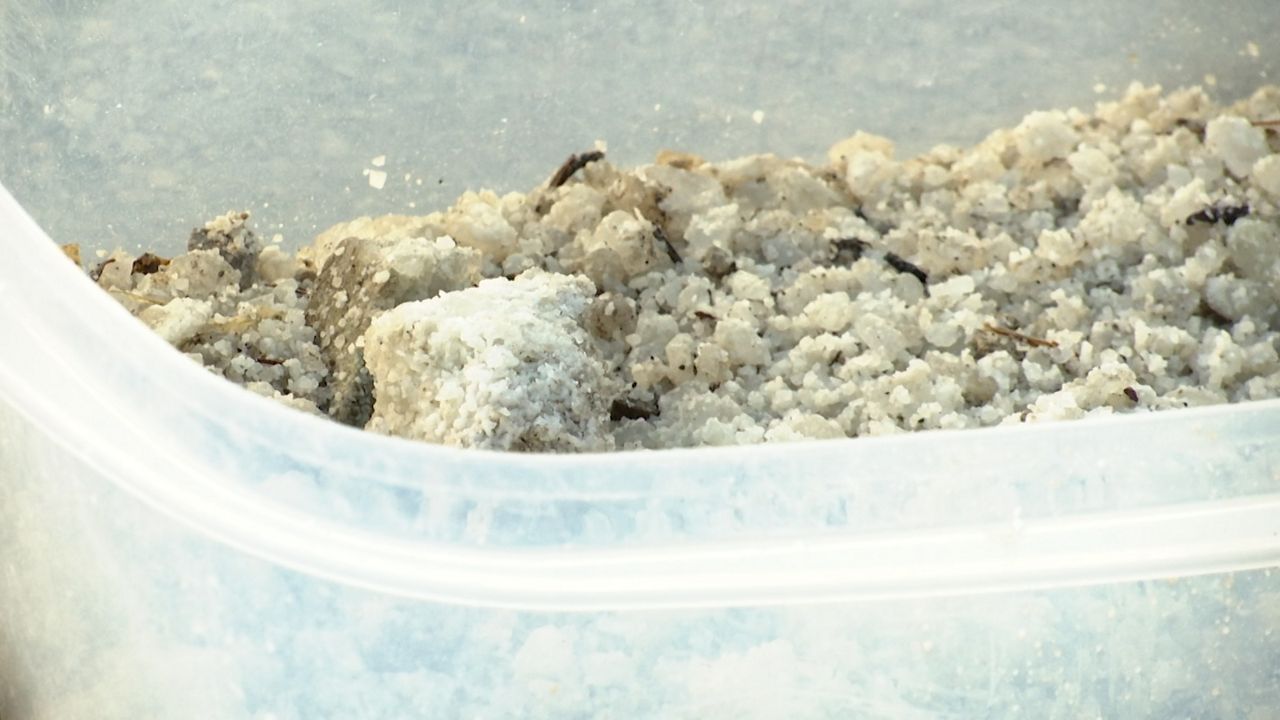 Communities Work to Reduce Salt Use

MILWAUKEE — Grain by grain Caitlin Hussey swept up road salt from a Milwaukee area park's sidewalk. She found saw the pile of salt and came back armed with a broom and dust pan.

“I could see the Lake and I knew that there was a storm coming soon, and I thought, okay we need to go back and sweep this up,” Hussey said.

Hussey works for Milwaukee Kayak Company and cares about keeping water in the area clean. She learned this winter about the impacts that road salt has on fresh water in Wisconsin.

“It turns out you don't need that much salt, which was really surprising to see how much is out there, how much extra is out there,” Hussey said. 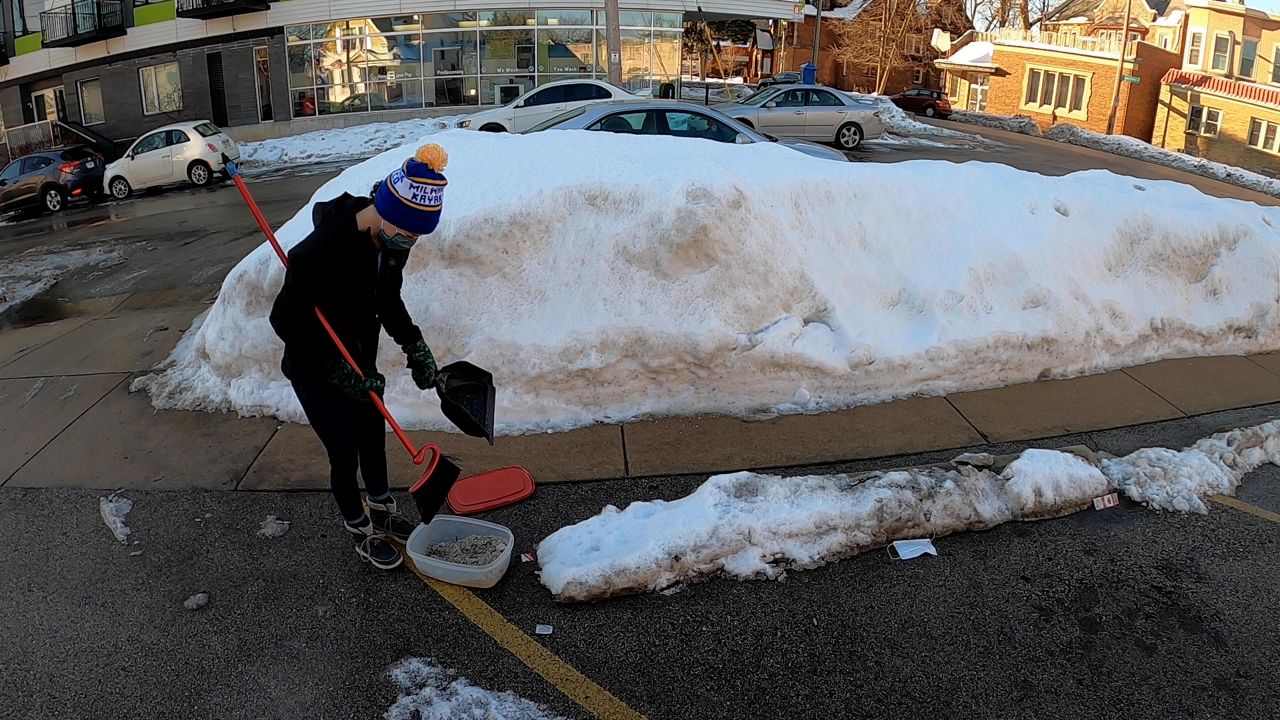 The problem with salt

Road salt can have harmful impacts on lakes, streams and wells. While the sodium chloride may dissolve in water, it doesn't break down chemically.

“So as we've been adding more and more salt over the last 50 years, 50 plus years, it's just been building up, it's been accumulating,” said Allison Madison, sustainability and development coordinator with Wisconsin Salt Wise.

Wisconsin Salt Wise works with municipalities around the state to educate on the impacts of over-salting and implement more effective salting strategies.

Madison said salt gets into groundwater and above-ground waterways and stresses out ecosystems. It makes small organism — like plankton — populations go down, which can decrease populations of fish up the food chain and algae go up without plankton to feed on it.

“So your water can get more kinda murky, or green,” Madison said.

It also can impact our drinking water, affecting people with pre-existing conditions like hypertension first, but making drinking water unsafe for anyone at a high enough level.

If salt is making its way into wells, individuals or municipalities will eventually have to make a new well. A problem the City of Madison will face with one of its wells in the next decade if the trend of contamination isn't reversed.

“This is a problem across the city, we're salting our wells and the replacing of a well is in the millions of dollars,” Madison said.

There is also an impact on vegetation along roads — killing it often. Over-salting can have a negative impact on infrastructure too, accelerating the degradation of roads. Madison said for every $1 spent on road salt, there is an estimated $10 in infrastructure and vegetation damage.

“It's like a little investment now to use a little less salt and have really long-term benefits,” Madison said.

Over-salting and reversing the trend

Over salted waterways are common in Wisconsin. Wisconsin Salt Wise lists more than 40 bodies of water impaired with salt levels higher than chronic or acute limits according to Environmental Protection Agency Standards.

“The southeastern corner of the state is the worst because it is the most urbanized, lots of roads lots of salting,” Madison said. 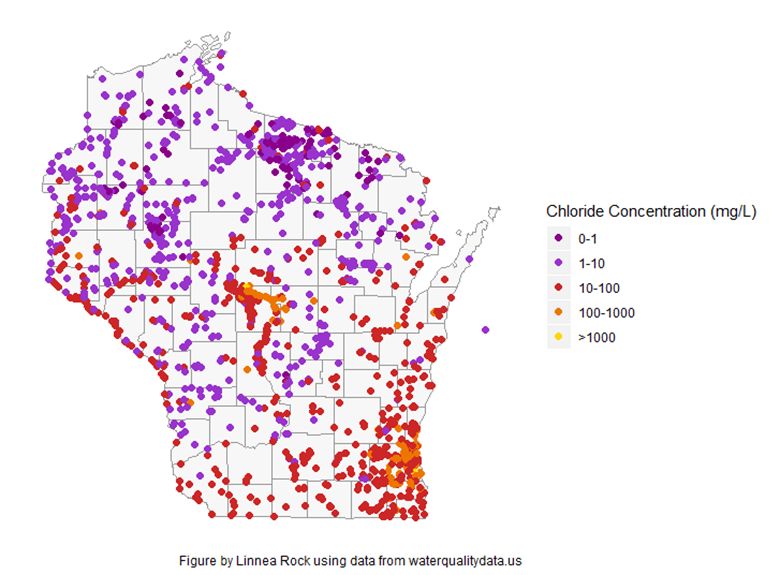 Madison said one way to cut down on salt use is to be more choosey on when to apply it. Salt isn't effective at melting snow and ice below 15 degrees Fahrenheit. Salt Wise encourages municipalities not to dump salt on roads on extremely cold days.

Madison also said the way municipalities approach storms can make a huge impact. Many cities and towns have started putting down a brine mix on roads before a storm. Madison said the brine works like a cooking oil, putting a barrier between the snow and road and making it easier for a plow to scrape the roads clean during and after the storm.

“It saves them immensely on the salt bill and sometimes on the number of runs they need to do with the plow afterwards,” Madison said.

Municipalities have noticed the change too. The City of Onalaska told Wisconsin Salt Wise they are working toward increasing their brine capabilities in their public works fleet after seeing its impact and enjoying a roughly 25% drop in salt use.

“It is hard to deny that salt brine doesn’t work when you have pictures side by side with different treatments,” said Nick Carlson, Onalaska's public works director, in a letter to Wisconsin Salt Wise. “Staff members realized this and now are advocates for the use of brines and liquids.”

Another thing Wisconsin Salt Wise encourages communities to do is to calibrate their plows to be more precise in the amount of salt crews are dropping on the road.

“If your truck isn't well calibrated you have no idea what you're putting down,” Madison said.

Madison said communities calibrating equipment can reduce salt use by 50%.

The City of Deforest said it has been using 200 tons less salt over the past few years thanks to a combination of brine use and calibrating equipment. They have been calibrating since 2017.

“This helps us save from putting down too much salt,” said Greg Hall, Public Services Project Coordinator, in a letter to Wisconsin Salt Wise.

Madison said another tool communities are using is pre-wet salt. It's a practice where water is added to a salt store in a blow before being dropped on the road. Department of Transportation Studies show almost 30% of salt bounces off the road when dropped, adding liquid to it makes more of it stick on the pavement when it lands and work quicker once its there.

Madison has plenty examples of communities cutting down on salt use in the past few years. She said Middleton switched to a pre-wet system with calibrated trucks and reduced salt use by 50% per storm. Cudahay decreased salt use by almost 70% using calibration and upgrades to equipment.

Madison said this usually comes with an initial investment on equipment improvements, but ultimately those investments pay off.

Wisconsin Salt Wise also tries to work with independent contractors on reducing salt use and is hoping it can change contracts tied to the amount of salt they put down on driveways and parking lots. 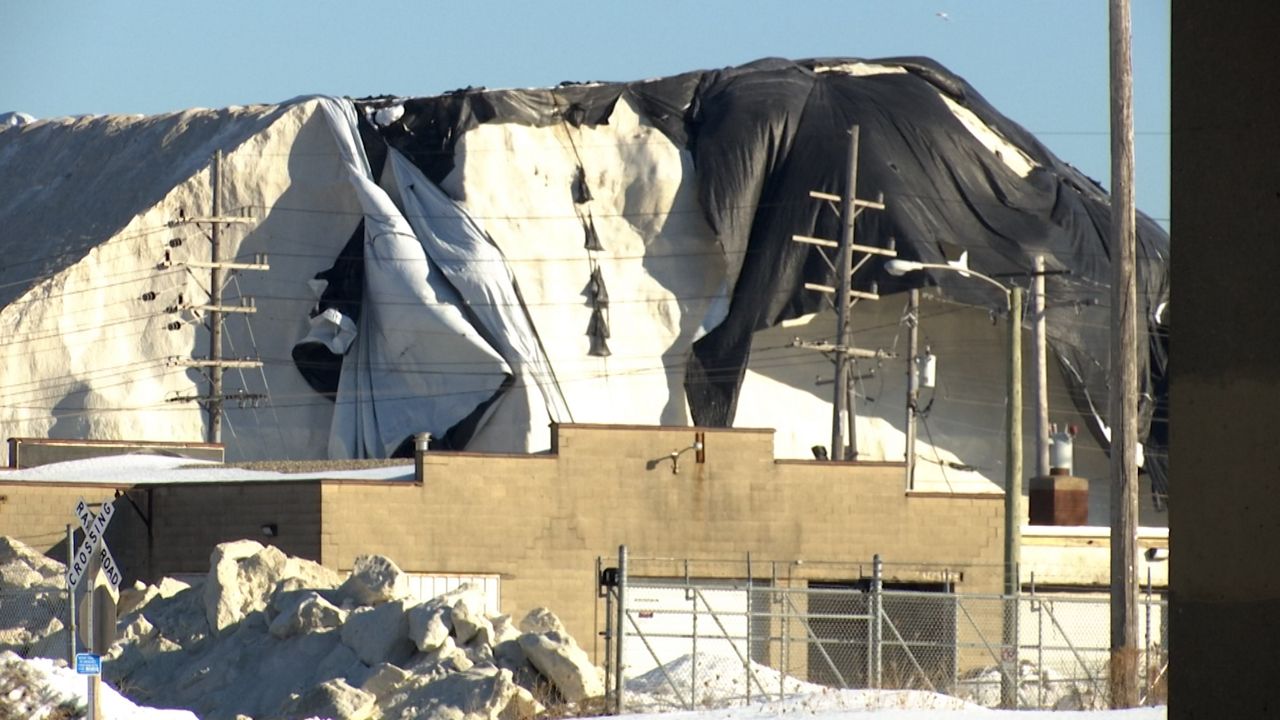 Salt piles at the Port of Milwaukee are shipped around the state for de-icing roads.

When Hussey swept up the salt, she ended up putting 80 cups worth into containers. Wisconsin Salt Wise said that equates to preserving about 19,000 gallons of water.

Wisconsin Salt Wise encourages people to follow suit. Sweep up excess salt when they see it and re-use it for the next snow storm. One teaspoon of salt can contaminate five gallons of water.

“Small amounts do matter and it's helping change the norms around salt use,” Madison said.

Re-using salt is more helpful than throwing it away, because salt in the trash ends up in the landfill and seeps into groundwater that way.

Wisconsin Salt Wise recommends using a coffee cup of salt for 10 sidewalk squares. Every individual can make an impact on protecting water from salt.

“It can be a very huge impact in terms of protecting our fresh water,” Madison said.

Wisconsin Salt Wise has informational tools on its website an is always looking for volunteers as well. They hope with enough awareness they can slow and reverse water contamination from road salt one storm at a time.