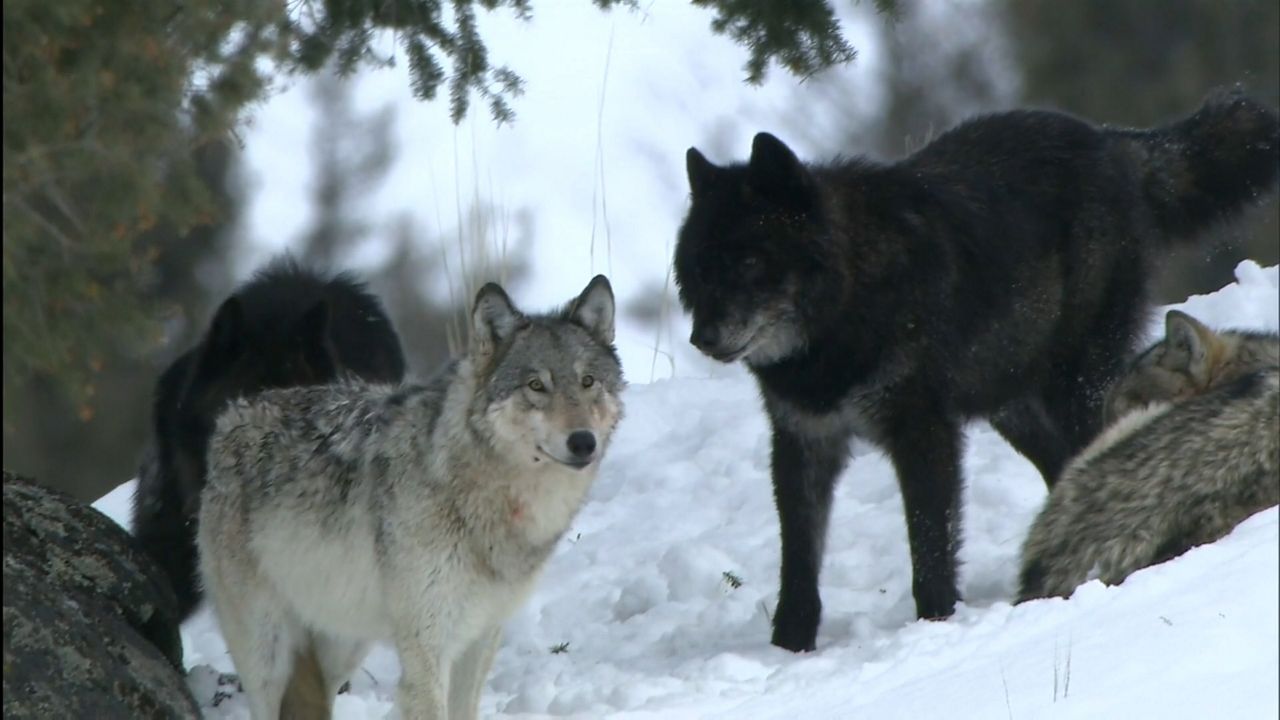 MADISON, Wis. — The Wisconsin Natural Resources Board approved parameters for a wolf hunt to start in February.

The Board held an emergency meeting on Monday to set rules for the hunt after a Jefferson County judge ordered the body to do so on Thursday. The board had initially voted to wait until the fall.

The board approved a quota of 200 wolves, spread between six different zones with the majority of the wolves allowed to be harvested in the Northern third of the state. 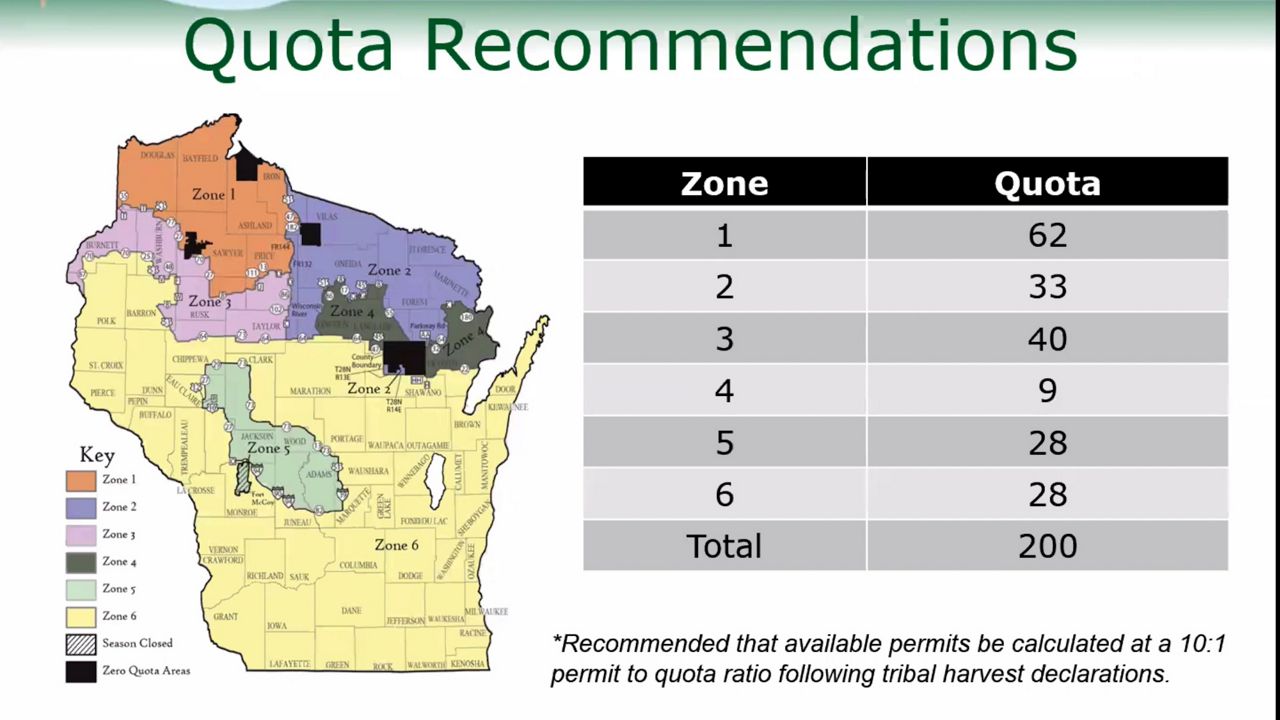 Up to 4,000 licenses will be given out. Hunter can apply starting at midnight on Tuesday and through the end of the day Saturday. On Monday, hunters will find out if they drew for a license and can start hunting following the proper fees and permitting. The hunt will run through February 28.

The DNR suggested allowing up to 2,000 permits, but NRB voted to double that citing the shortened season.
DNR Secretary Preston Cole noted in a memo before the meeting that the agency has not had time to collect all the information it would like before starting a hunt.

“Given the timeframe, public and tribal input was very limited and the Wolf Advisory Committee was unable to meet,” Cole wrote.

The U.S. Department of the Interior announced it would de-list wolves from federal protections in October, they officially went off the endangered species list in January. In December the Wisconsin DNR said they would hold a wolf hunt in November of 2021. Last month, a group of lawmakers asked the NRB to hold a hunt this winter, which the board declined to do.

Thursday's ruling forced the board to come up with guidelines for a hunt this month. Luke Higlemann, a Wisconsin resident and CEO of a Kansas-based group called Hunter Nation, sued with the Wisconsin Institute of Law and Liberty to institute a hunt his year.

“This is a historic victory for the Wisconsin hunter and our constitutionally protected right to hunt and manage our wildlife here in Wisconsin,” Higlemann said in a statement.

State statute requires a wolf hunt from the first Saturday in November until the last day of February when control of the animals is under state jurisdiction and not federal. The hunt may end early if harvest quotas are met. The previous three hunts, from 2012-14, all ended before the new year. The DNR noted this will be the latest time for the hunt ever.

“This is different,” said Melissa Smith, founder and director of the group. “Wolf pup survival is really low, so you're talking about all adults, important members of the pack and right through breeding season, so not only are you maybe killing a female wolf, but you're killing a future generation too because they may be pregnant at this time.”

Friends of the Wisconsin Wolf and Wildlife along with other groups have criticized this process for not taking time to allow science to dictate how to manage the state's wolf populations.

“There's not time to develop a plan and a new management plan, there's not time to let citizens weigh in,” Smith said. “No matter who you are a farmer or an environmentalist, it was supposed to be an open transparent process and they have taken that away.”

Advocacy groups have also criticized the process for not including input and protections for tribal groups. No hunting is allowed on reservations, and all of the Tribes in Wisconsin are against hunting wolves.

The Great Lakes Indian Fish and Wildlife Commission have spoken out against the hunt in the past, but declined to comment for this story, saying they would release a statement later in the week.

Wisconsin's wolf population estimates bring it above 1,100 according to the DNR. In 2019, The DNR more than $189 thousand in damage payments from wolves. Through April of 2020 they had paid more than $15.5 thousand. https://p.widencdn.net/7o52me/WolfDamagePayments The agency reported 34 instances of wolf depredation on farms mostly involving livestock, and 31 off farms, mostly involving hunting dogs.

“I feel for the farmers most of all because that's their livelihood,” said Laurie Groskopf, a longtime Northwoods resident and member of Wisconsin Wolf Facts which has advocated for a wolf hunt. Groskpopf made the comments to Spectrum News last fall.

Wisconsin Wolf Facts advocates that wolf populations have recovered in the state and they need to be controlled to minimize damage on residents and farmers in Northern Wisconsin.

Hunters interested in the February hunt can apply online. The application permit fee is $10 plus $49 ($251 non-resident) for a wolf license if selected. Hunters can apply for the fall's wolf hunt starting on March 1st.