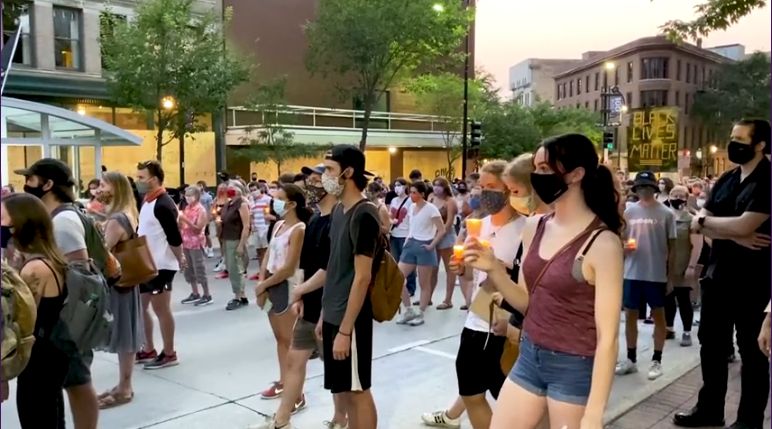 MADISON, Wisc., (SPECTRUM NEWS) —  In a continued effort to keep the protests on point — and from turning violent —  a team of current and former city leaders are stepping in to help with nighttime demonstrations.

Boys & Girls Club of Dane County president Michael Johnson knows in the midst of it all comes a powder keg of emotions.

"When I was out there and saw homemade bombs going off, they tried to set the city, county building on fire, and you know, those kind of things take away from the overall message of seeking justice and reducing disparities in our community," Johnson says. "And so our roles out there is not to police them, but to protect them to support them, but at the same time, we have influence to stop some from burning things down, we will."

Moe says the most important thing she and other 'wise-witnesses' can do is keep looking and listening, no matter how uncomfortable things may get.

"Understanding [the unrest] and hearing it and providing spaces for those voices to be heard and believed is an important thing too," she says.

Additional Wise-Witnesses will be on the streets throughout this weekend, monitoring for any flareups or situations that may arise.