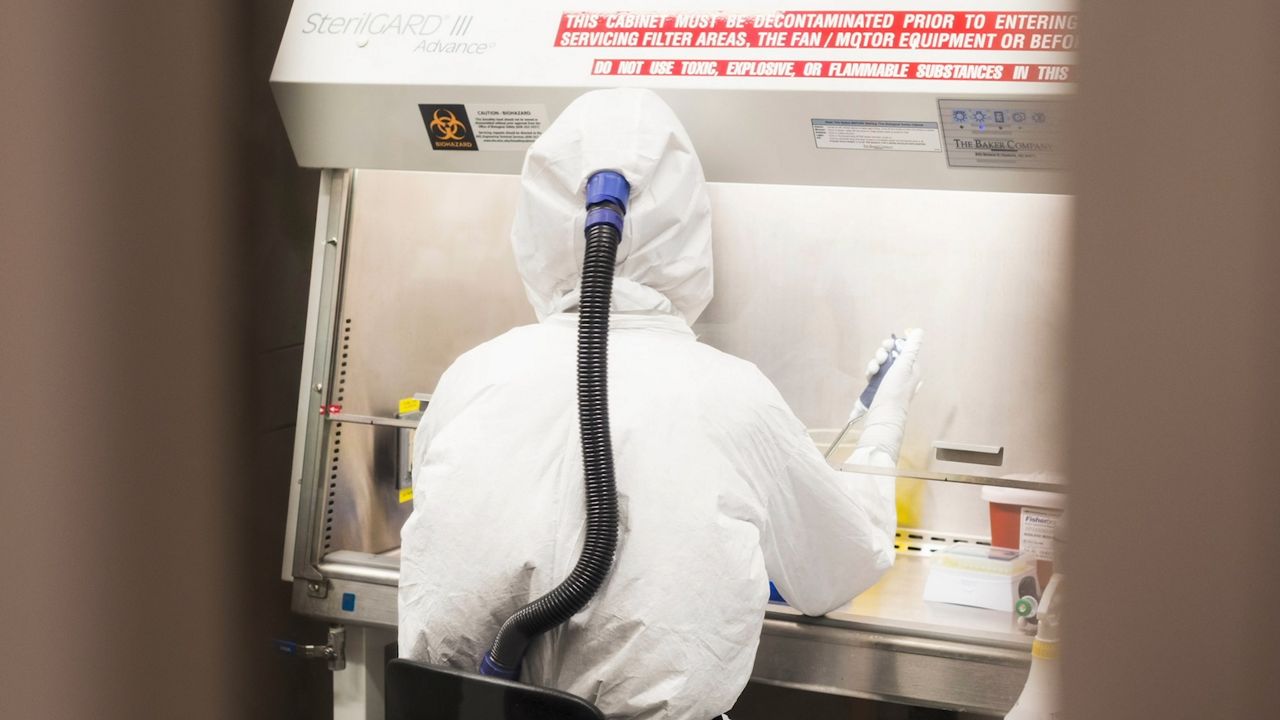 Human Activity Contributes to Apparent Increase in Diseases from Animals

MADISON, WI (SPECTRUM NEWS) — Coronavirus is just the latest in a type of disease classified as Zoonotic — meaning a disease that is transmitted from animals to people.

Diseases like Zika, Ebola or Swine Flu are all the same type. Even HIV, which is not technically a Zoonotic Disease itself, came from one.

Tony Goldberg, a professor of Pathobiological Sciences at UW-Madison, studies these diseases. He says when they first make the jump to humans there are typically no immunities against them and the diseases go unchecked.

“It's like the early stages of a wildfire. When there's all the fuel you can imagine to consume and you can just go unchecked. So we are still globally in the initial upward swing of that epidemic curve of the initial onslaught,” Goldberg said.

Goldberg said there is not enough immunity in the population to keep it from spreading, what many refer to as herd immunity.

Goldberg said we aren't there yet, and there's no specific timeline to get to herd immunity. Getting there is a moving target Goldberg said, it will depend on the virus and human behavior.

“Eventually we'll get there, the question is how much pain and suffering will we have to endure while getting there, and can we get there while keeping the infection levels down to a level that is not going to be as destructive as it is,” Goldberg said.

Goldberg said there's a debate on exactly why we've seen an apparent increase in zoonotic diseases, but it's likely because of human behavior. He says humans are coming into increased contact with animals and their environments, creating more opportunities for viral spillover.

Wildlife trade is another suspected culprit. Animals being put in tight quarters and shipped around the world is a dangerous activity for disease spread.

“We have to look at everything,” Goldberg said.

The reason it's safe to say humans are playing a role in the diseases jumping over is simple: humans need to be in close quarters with an animal for a disease to infect them from it.

“So it's something having to do with people interacting more with animals, whatever the venue,” Goldberg said.

It's obvious that Coronavirus has had more of an impact than the other zoonotic diseases we've seen. Sicknesses like Ebola and Zika had significant regional impacts and devastation, but Coronavirus has spread around the globe.

Dr. Nasia Safdar, medical director of infection control and prevention at UW Health, said it's because of how contagious coronavirus is. It can can easily transmit between people, unlike Zika which needs an intermediate host like mosquitos.

Safdar said it's true that in some cases if you don't take aggressive steps to mitigate a disease it may get out of control, but there's no guarantee the next zoonotic disease to come to humans would behave the same way as coronavirus.

“If it is then I think what we have learned with SARS-CoV-2 is that some of the human behavior things that we haven't really focused on in previous infectious conditions are very important to focus on for this kind of transmission,” Safdar said.

Safdar said infectious diseases happen all the time, but the scope of how they spread is not usually as wide as we're seeing now.

“For something to happen on this scope and scale I think more than once every decade is pretty unusual,” Safdar said.

“Some of us will have a higher likelihood of being that initial case than others,” Goldberg said.

Goldberg points to the bat trade in China. He said it's easy for people to say that it should end, but for many it's a tradition or a job.

“Could you imagine in Wisconsin if we had a zoonosis from dear and somebody in China said well Wisconsin should ban its deer hunt? Imagine the outcry. These are tough things to stop,” Goldberg said.

Goldberg said we all have a personal responsibility to view interactions with wildlife through this lens. Whether it's ensuring proper protective equipment when cleaning a rabbit or considering whether to try that adventurous new meat on a vacation. Goldberg points out that it's not as if every unsafe interaction would lead to a pandemic, but it could still make an individual very sick.

Goldberg said the problem of Zoonotic Diseases needs to be acknowledged at a high level of global governments and those governments need to intervene in an intelligent way. He said we need to avoid a 'wack-a-mole' response, meaning just responding to the sicknesses as they come up.

“That's not productive, we just don't have the societal resources to deal with these things one at a time,” Goldberg said.

Goldberg said society needs to think about the root causes of Zoonotic Diseases, and think about what it can do to stop the next pandemic.

“This is unfortunately just the latest in a long line of zoonotic origin pandemics that we're going to face unless we change fundamental things about how we interact with the natural world,” Goldberg said.