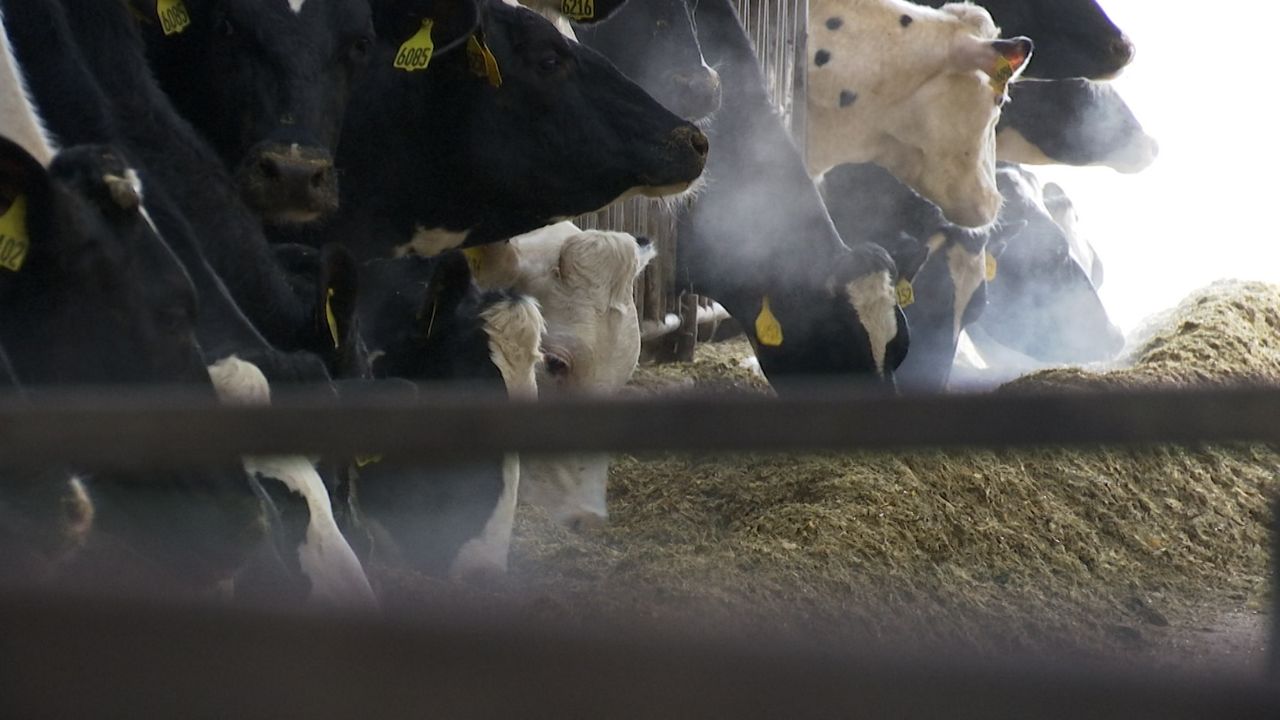 MADISON, WI (SPECTRUM NEWS) — As restaurants and bars are ordered to close dining-in options and crowds are limited to less than 10, farmers in Wisconsin and the U.S. Are working to keep food on shelves.

Several of the agriculture commodity markets have fallen amid the Coronavirus Outbreak. For dairy, prices have been falling for a couple of months now.

“Since the middle of January when we first started to hear talk about coronavirus,” said Mark Stephenson, Director of Dairy Policy Analysis and the University of Wisconsin – Madison.

Stephenson said restaurants closing can hurt cheese markets, as eating out features cheese heavily. The Coronavirus is also hurting international trade operations as it gets more difficult to cross borders with goods.

Stephenson said during the 2008 recession fluid milk saw a bump in consumption, however the vast majority of Wisconsin's dairy goes towards cheese production.

Futures markets for class three and four milk have fallen about 15 and 18 percent respectively since a peak in July.

Milk prices started coming up at the end of 2019, many in the dairy industry expected 2020 to be the year that broke the trend of low prices that have forced thousands of dairies to close over the last five years.

“So we're sliding back into the kind of prices that we've been in, the depressed prices you know for the last five years on dairy farms,” Stephenson said.

The first part of the year also saw the trend of dairies closing slow down. Stephenson doesn't expect that to last now either.

“You may find farms that are just going to throw up their hands and say it's time get rid of the cows,” Stephenson said.

With all that being said, from a supply chain perspective Stephenson expects dairy products to still be on shelves.

There is concern in the industry on how cheese processing plants will continue amid the outbreak, but so far there has been no indication they will close. The Wisconsin Cheese Makers Association declined a request for an interview citing a need to address concerns of their partners.

Paul Mitchell, director of the Renk Agribusiness Institute at UW – Madison, said prices for soy and corn have fallen as well in the past two months.

“This is just reflecting the expected drop off in demand, it looks very likely we're going into a recession here, not just in the U.S., but globally,” Mitchell said.

Mitchel said slowing of trade has hurt soy and corn prices, but the crops are still being used for livestock feed. Livestock producers are also seeing lower prices because of a trade slow as well.

“It's kind of a shared pain all across the economy for these crops and livestock producers,” Mitchell said.

Mitchell said production will continue, and he doesn't see things falling off completely.

“I would expect supply chain disruptions, but not complete shutdowns that just block up the whole industry and we run out of food or anything like that,” Mitchell said.

Mitchell said this is particularly difficult to take for crop farmers who underwent a difficult 2019. A wet spring kept some farmers from planting and a wet fall kept others from harvesting. Livestock producers were looking forward to 2020 as well, particularly as they were hoping to move into an open market in China after a sickness killed massive amounts of pigs for pork production.

“People were starting to get a little bit hopeful about the farm economy picking up, and now that seems to be being crushed by the market, market response and markets in general,” Mitchell said.

Mitchell said 2019 was a good example of how strong the supply chain is. Despite weather being a huge barrier for farmers they were still able to produce crops and keep their businesses going.

“We went through a really bad year last year and lost all those acres and yet we still had good production,” Mitchell said.

As things develop and uncertainty grips markets around the world, farmers will take the hit of both falling markets and the disappointment of fallen expectations.

“It's kind of like taking winds out of sails just as winds looked like it was picking up if you want to think of it that way,” Mitchell said.