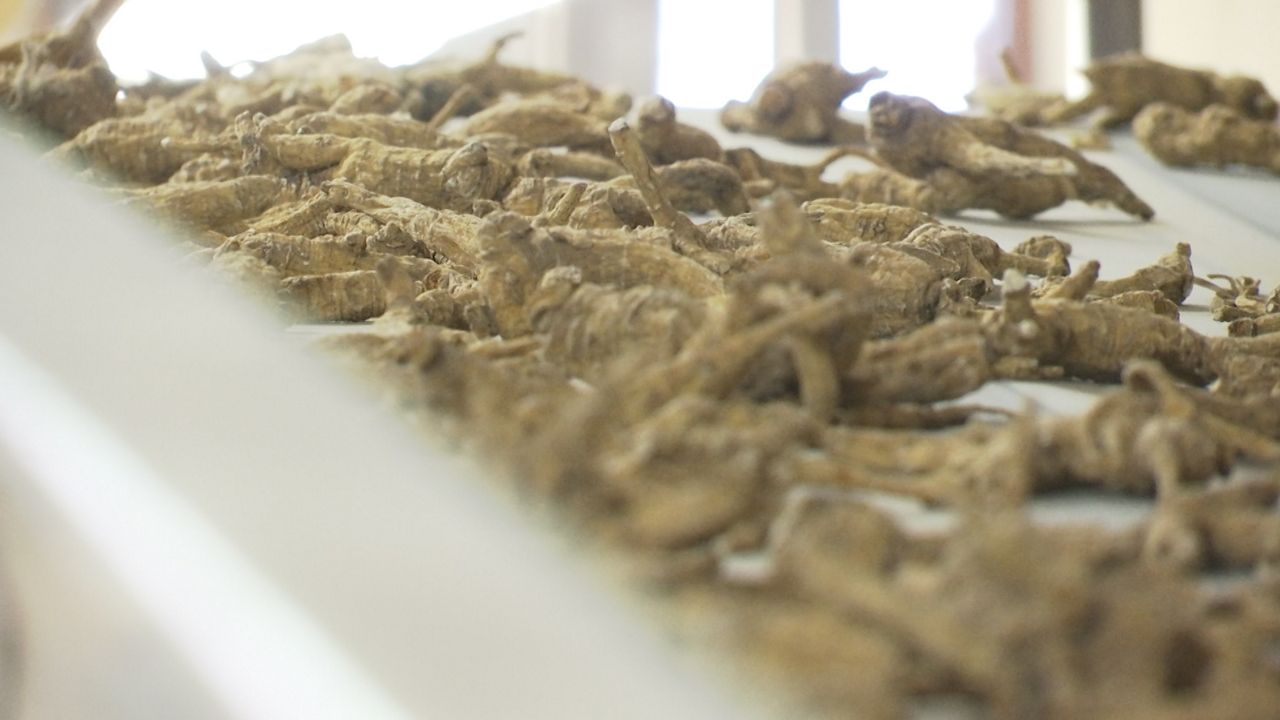 It's more than 95 percent of the ginseng produced in America.

But most of the market for it is in Southeast Asia and specifically China.

For nearly two years a trade war between China and the U.S. Has been hurting the crop's primary market.

Hsu's Ginseng Enterprises in Wasau has been around for about 45 years. Will Hsu, president of Hsu's Ginseng, said they produce about 300 thousand pounds of ginseng a year.

They work with their own farms and other local farmers in Marathon County to grow the ginseng. Then they process, package and ship it around the country and world.

The Ginseng Board of Wisconsin says that 65 percent of Wisconsin's ginseng goes to China. It's commonly used as medicine there.

As the trade war between the U.S. snd China has escalated, it has significantly slowed the ginseng trade.

“It's been difficult,” said Jackie Fett, the board's marketing director.
Fett said tariffs on ginseng were at 7.5 percent before the conflict, now they're approaching 50 percent.

“You can imagine the stress that that puts on the industry,” Fett said.

An industry that brings in $40 million annually to the Wasau and Marathon County area.

Glacial soil in the area and cold winters are good for the crop which takes about four years to mature. Hsu said it makes the quality and the taste of the root better than if it's grown in any other part of the world.

“As proud as the french are of their wine, we are as proud of our ginseng grown here in Wisconsin and in the United States,” Hsu said.

It's been grown in the area for more than a hundred years. Fett says ginseng farmers have seen tough times in that span before.

“The people that are in this industry have seen markets slow before so they know how to deal with it,” she said.

Because it's dried it does have a three to five years before it needs to be sold.

However, stocks are piling up.

Like at Hsu's. Who have stacks of barrels full of ginseng that would have already been sold if it wasn't for the trade war.

“It's pretty significant especially as it's been ongoing now for almost two years,” Hsu said.

Hsu said local farmers are feeling the economic hit for the ginseng that is still being sold to China.

Hsu is concerned about the long-term implications of people in the largest buying market going a couple of years without Wisconsin ginseng.

“If you have those gaps in consumption, what really ends up happening then is the consumer really loses confidence or credibility in the product, and that's what we don't want to have happen,” Hsu said.

When Spectrum News spoke to Hsu it was a about week before the U.S. And China announced they had a deal for phase one to end the trade war.

In the week since that announcement no specific information on which tariffs would go down has been announced for the Ginseng industry.

“We are hopeful that there will be something included about ginseng in this phase one trade deal,” Fett said.

Fett said the Ginseng Board has worked to maintain relationships with Chinese buyers. She hopes things would go back to business as usual if the tariffs were restored to what they were two years ago.

The way Hsu sees it, the sooner Chinese people can get Wisconsin Ginseng again, the better.

“Chinese consumers have been consuming American ginseng from Wisconsin for over 100 years, the last thing you want to do is have two or three or five years where they don't really have access to the product,” Hsu said.