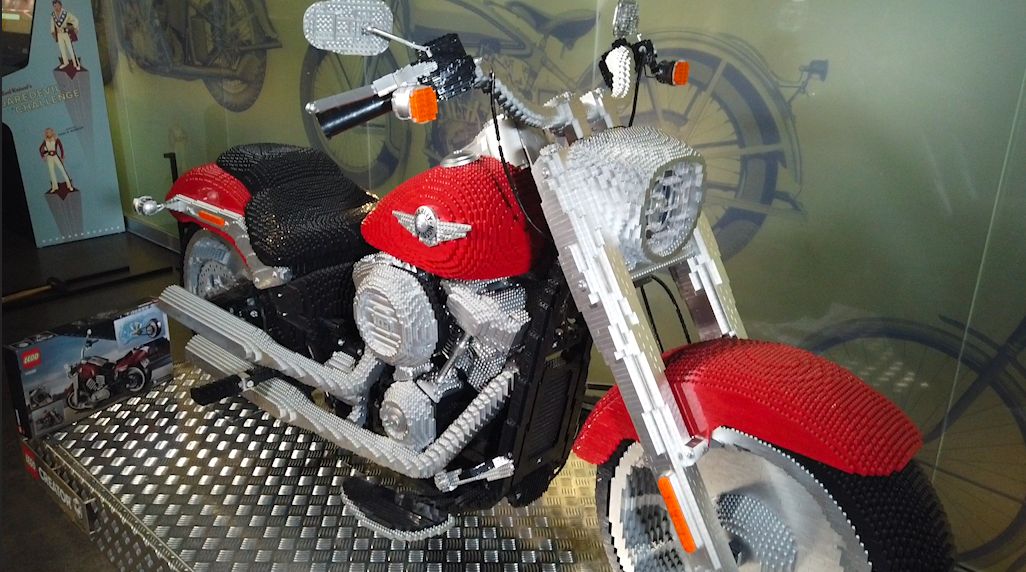 MILWAUKEE (SPECTRUM NEWS)-- There is a new Harley in town, and it's the only one of its kind in the United States. You can find it right here in Milwaukee.

"What you're looking at is 70,000 pieces of LEGOs put together and assembled," Harley Davidson Marketing and Strategy Brand Analyst Nathan Kolbe said.

"To actually have the end product here in Milwaukee where Harley Davidson began in 1903 and to have this partnership with a legendary company like LEGO be here together and see the fruits of that partnership, it's incredible," Kolbe said.

You can take a close look at what this bad baby can do. You’ll even notice it's a bit noisy.

“There is a sensor underneath on each side, and the sound that you hear is actually authentic sound from revving up and starting a Harley Davidson Fat Boy motorcycle," Kolbe said.

However, the interactive features don't stop there. You can see some bright lights on both the back and front end. The bike has LED taillights and a headlight on it.

The bike took around 2,000 hours to put together in Europe before being shipped here in Milwaukee.

"You can see that they went down to the foot pegs, the foot boards, the Milwaukee eight engine in great detail here," Kolbe said.

From afar, it looks like you can drive this thing across the country, however, you can't. But something you can get your own hands on is a bit of a smaller fat boy.

There is another small replica of the fat boy that you can build yourself. It even has a few more interactive pieces for people of all ages to enjoy.

"There are working pistons inside so as you spin the wheel the pistons actually move," Kolbe said.

You can catch a glimpse of the life size LEGO fat boy at the Harley Davidson museum. It will only be in Milwaukee for three weeks before it takes off on its world tour.