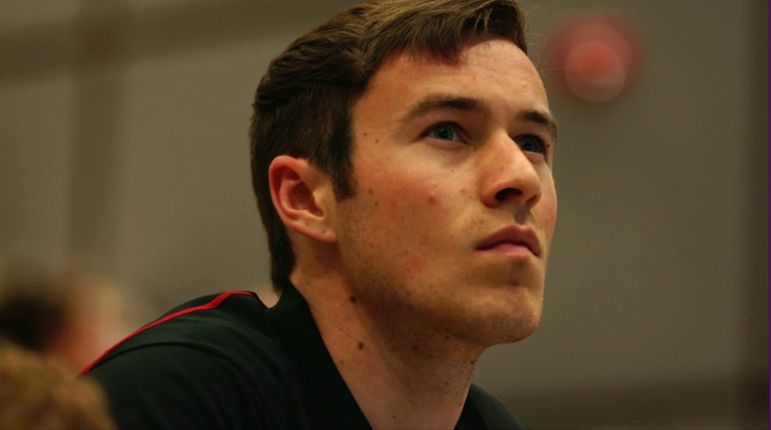 University of Wisconsin-Madison student Issac Johnson considers himself to be an independent.

Divisible/Indivisible: The Impact College Students Have on the 2020 Election

This is a three part series.

Click here to watch Part 2: "We Definitely Have Different Views, but We Can Find Common Ground"

Click here to watch Part 3: "We Recognize That the Policies Put in Place Right Now Will Affect Us for Years to Come"

During the 2018 midterm election, young voters turned out in record numbers helping to flip the House of Representatives to Democratic control.

They are expected to play an important role again in the upcoming presidential elections.

Last winter we traveled to Wisconsin — one of the most talked about swing states — to talk with college students about what they care about, what motivates them, how they motivate others and how are young voters understanding their role. We spent days at the University of Wisconsin in Madison and La Crosse.

Despite the nation’s partisanship, we were struck by a willingness to bridge the partisan divide.

Pre-med student Isaac brings students of different political stripes for dialogue. It stems from his reaction when Trump won the state: “hoots and hollers from one side; and you could hear people hear people crying from the otherside. I was really focused on trying to change the narrative because I think the reason that we ended up with the election we did was because we can’t promote civil discourse anymore.”

A similar sentiment runs through the friendship of Kerri and Adam, both students at La Crosse. When we chatted, she led College Republicans there; he headed College Democrats.

The pair also organized a college debate -- and a heated one with ample topics to argue: President Trump’s impeachment was just getting underway, along with the Democratic presidential primaries. After their fellow Republicans and Democrats jousted, Adam and Kerri talked candidly about how their friendship survives the rancor.

“We definitely have different views, but we can find common ground -- and you don’t see that at the national level,” Kerri said.

“Democracy is at the root of it all,” Adam added.  “And if you can’t have that - and a government that represents people - then nothing else can be upheld. No rights can be upheld.”

“I think that’s something that we can agree upon!” Kerri responded with a laugh.

But months later, something had changed. A multitude of major events, unfolding right after another. The President was impeached by the House of Representatives, but acquitted in the U.S. Senate.The COVID-19 pandemic shuttered classes.

There was the difficulty voting in Wisconsin during the pandemic. In April, people were forced to stand for hours to cast ballots for a seat on the state Supreme Court and the Democratic primary.

One of those on line was Tamia, who studies studying journalism and political science, and was helping her grandfather. He has cancer.

“It was remarkable to see that people really do care; they’re paying attention,” she said.

Then the Black Lives Matter movement also spurred the largest protests in years.

“There are a lot of issues I think that are really prominent right now that are very much influential to young people,” she said. “You’re hearing our voices more so because we recognize that the policies put in place right now will affect us for years to come.”

But the events of the last few months, along with the strains of remote learning and a cratering economy, were testing the students’ optimism.

What were these young Americans thinking now? To find out, watch our special, “Divisible/Indivisible.