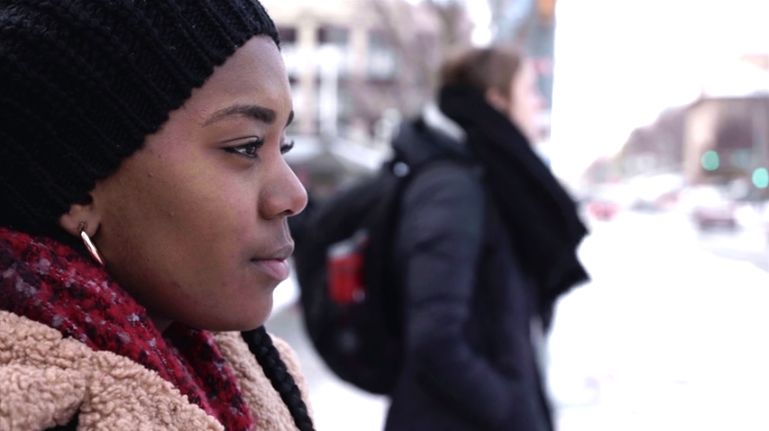 Tamia is studying journalism and political science at the University of Wisconsin-Madison.

Divisible/Indivisible: 'We Recognize That the Policies Put in Place Right Now Will Affect Us for Years to Come'

Click here to watch Part 1: "I Will Definitely Not Stop Trying to Get the Parties to Work Together"

Click here to watch Part 2: "We Definitely Have Different Views, but We Can Find Common Ground'

During the 2018 midterm election, young voters turned out in record numbers helping to flip the House of Representatives to Democratic control. They are expected to play an important role again in the upcoming presidential elections.

Last winter we traveled to Wisconsin — one of the most talked about swing states — to talk with college students about what they care about, what motivates them, how they motivate others and how are young voters understanding their role. We spent days at the University of Wisconsin in Madison and La Crosse.

There was the difficulty voting in Wisconsin during the pandemic. In April, people were forced to stand for hours to cast ballots for a seat on the state Supreme Court and the Democratic primary.

One of those on line was Tamia, who studies journalism and political science, and was helping her grandfather. He has cancer.

“It was remarkable to see that people really do care; they’re paying attention,” she said.

Then the Black Lives Matter movement also spurred the largest protests in years.

“There are a lot of issues I think that are really prominent right now that are very much influential to young people,” she said. “You’re hearing our voices more so because we recognize that the policies put in place right now will affect us for years to come.”

But the events of the last few months, along with the strains of remote learning and a cratering economy, were testing optimism. As the presidential election draws nearer, what is Tamia thinking about?

Executive In Charge of Production

For The Documentary Group