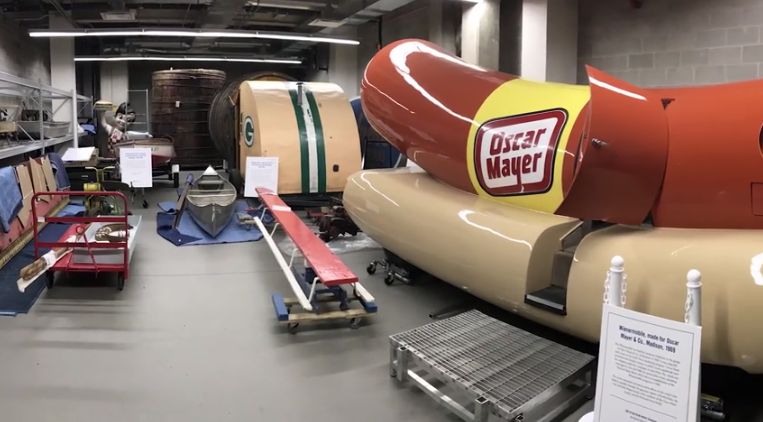 Take a trip through history in the Wisconsin Historical Society

MADISON (SPECTRUM NEWS) - The Wisconsin Historical Society is hoping to expand its footprint in Madison with a larger Wisconsin Historical Museum, their plans right now hinging on whether their budget requests make it into the final biennial budget being debated between Governor Tony Evers and state Republicans.

A fixture of Wisconsin since 1846, the Historical Society currently houses thousands of state documents, items and artifacts in a preservation facility in Madison, and many of those items off-limits to the public currently could make their way into that new-and-improved museum.

"The historical society serves as the North American history library for the University of Wisconsin and to that end we collect newspapers [from] across America," state archivist Matt Blessing said during a recent tour of the archives. "Here you have the New York Daily Tribune. We have newspapers from North America, Boston and Philadelphia, right up through the American revolution and it’s the second largest newspaper collection in the country after the Library of Congress."

In addition to countless documents and newspapers, the preservation facility is currently storing more modern historical items native to Wisconsin, including a Harley-Davidson motorcycle from the 1940s, a fishing shanty shaped like a Green Bay Packers helmet from Lake Winnebago and a perfectly restored Oscar Mayer Weinermobile from 1969.

"It’s about 15% smaller than the current fleet of Weinermobiles around the country," Blessing said. "The Weinermobile was donated in 2016, restored in 2017 and arrived at the preservation center just weeks after the building opened-- it’s one of those signature iconic objects that screams Wisconsin and the goal is to use it in a prominent place in a brand new museum."

For more information on the Wisconsin Historical Society's statewide listening and learning sessions about plans for the new museum, visit here.