After a very quiet tornado season, activity has increased rapidly over the last week.

Through the first six months of 2020, tornadoes in Wisconsin were pretty rare. But over the last couple of weeks, we have seen a sharp increase in twisters across the Badger State.

From the 1st of the year all the way through mid-July, there were only four tornadoes. In the last week, we've had an additional five. 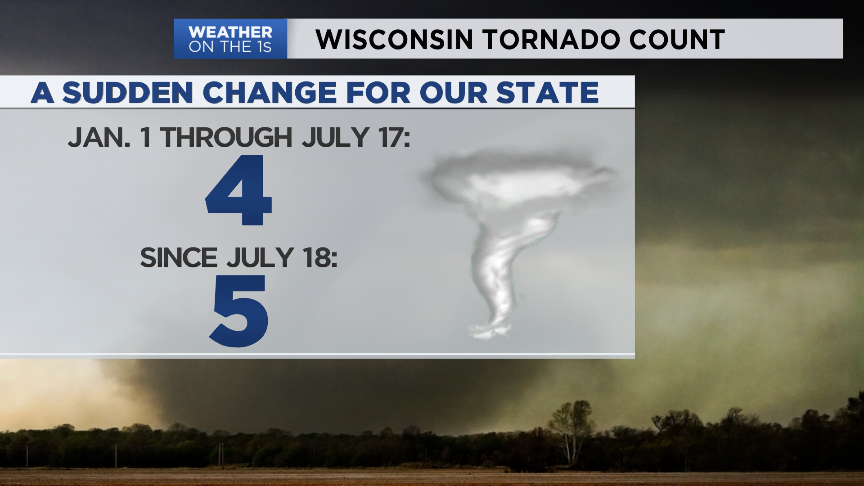 That brings our total to nine so far this year. Thankfully, these have all been fairly weak on the rating scale. 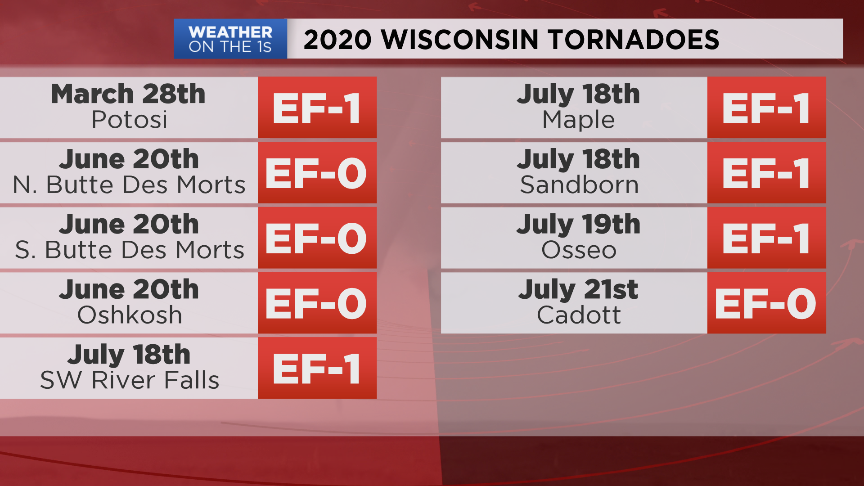 Here is how we stack up compared to the last few years across the state. 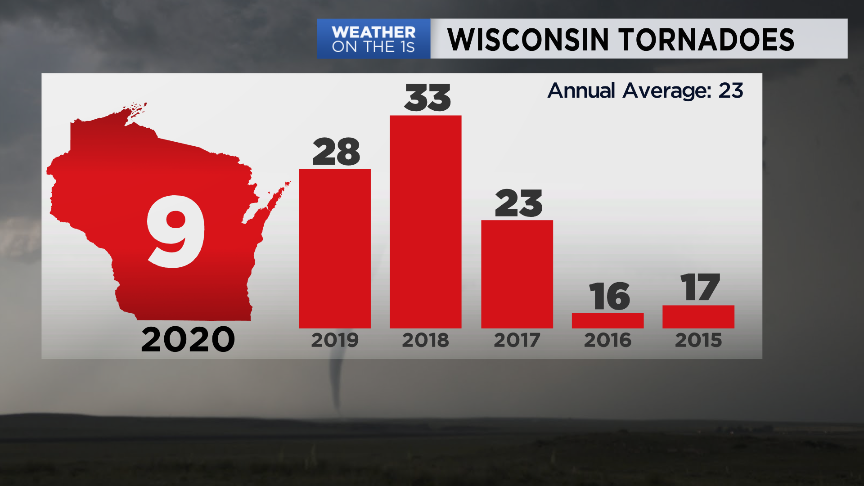 Just based on that graphic, it looks like we are seeing a below-average season for tornadoes. But this is where things get interesting.

Statistically, June is the month which brings the most tornadoes (based on a 25-year historical average). 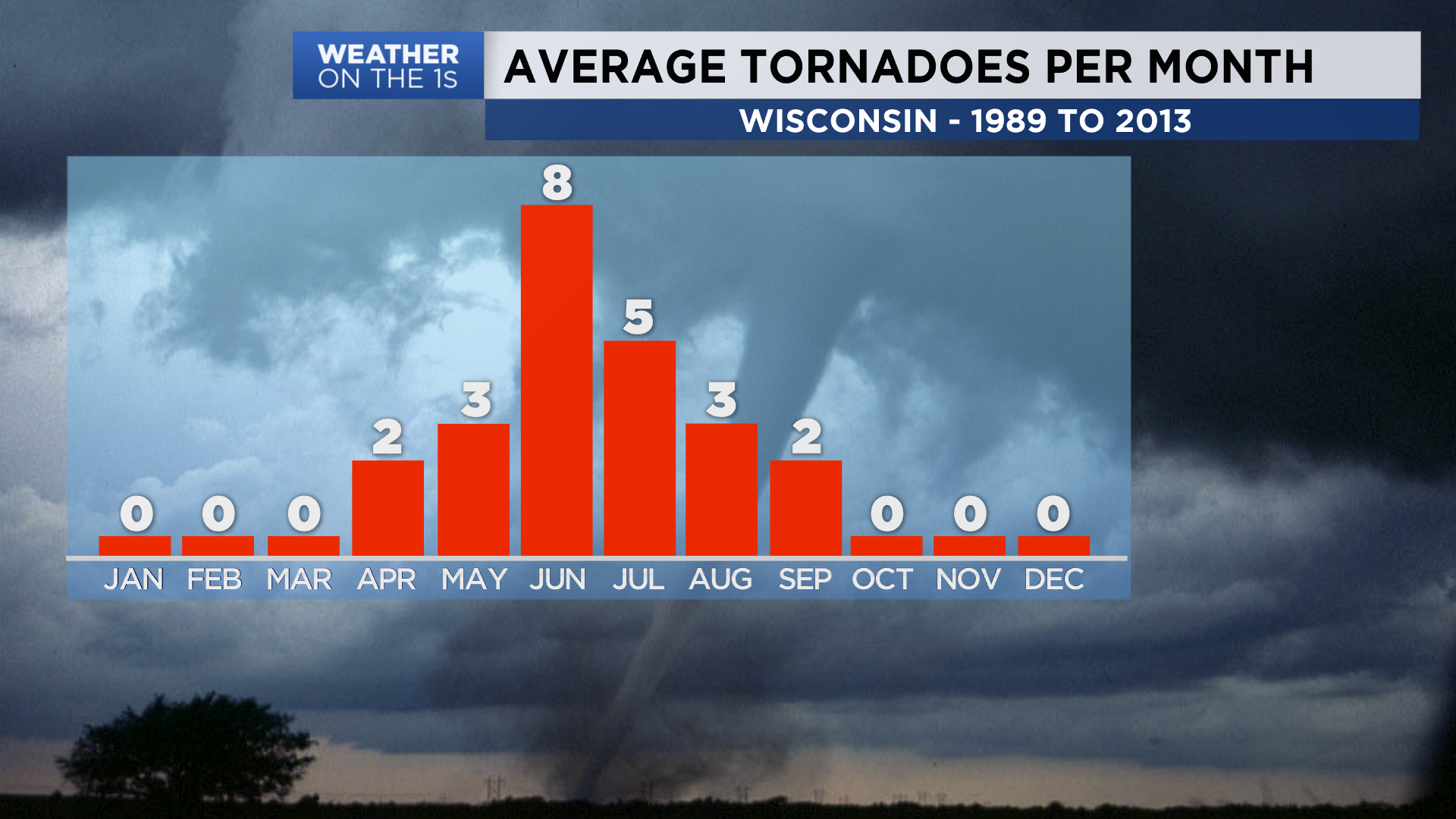 However, it seems to me that things may be shifting. Going back over the data from the last five years, I was a little surprised by what I saw.

I'm going to throw several graphics at you, each one showing the number of tornadoes during the summer months, for the last five years. 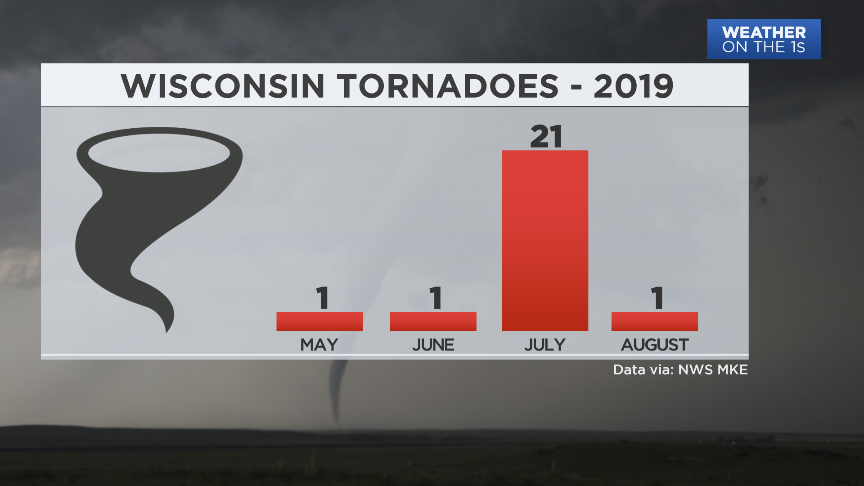 Clearly, July was the most active month for tornadoes last year. On average, we see 23 tornadoes in the entire year. Last year brought 21 in the month of July alone. 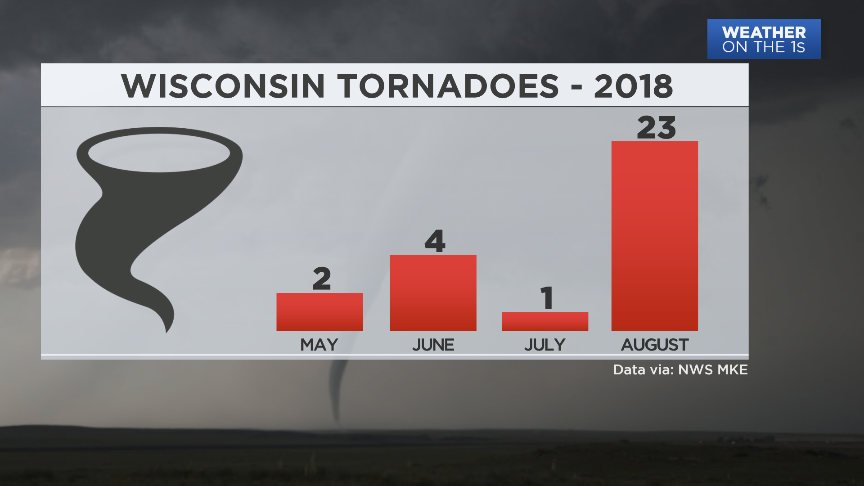 Well, isn't that interesting?! May through July were very quiet, and then we hit a spike of activity in August. Here again, we did in a month what usually takes all year.

Going back into 2017, things take a different turn. 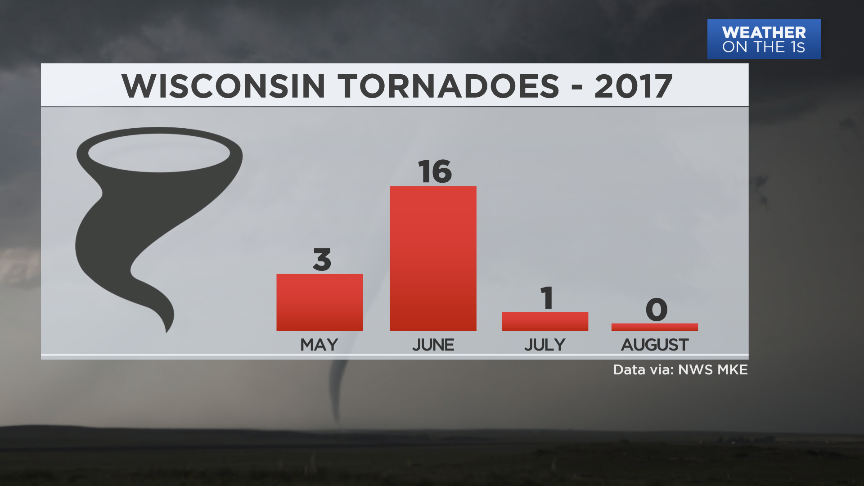 Now we finally see June as the most active month. And it got very quiet come July and August.

Going back another year, this time to 2016, and look which month had the most tornadoes. 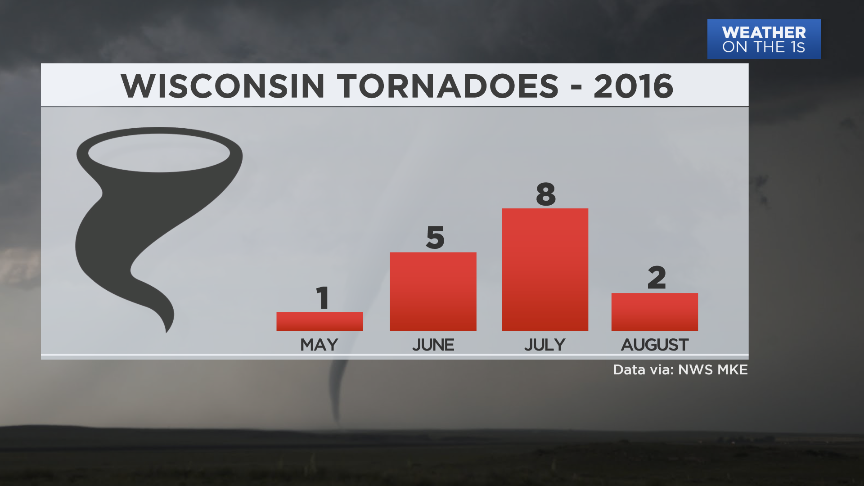 We are back to July being the more active month.

Okay, one more year to look at here. 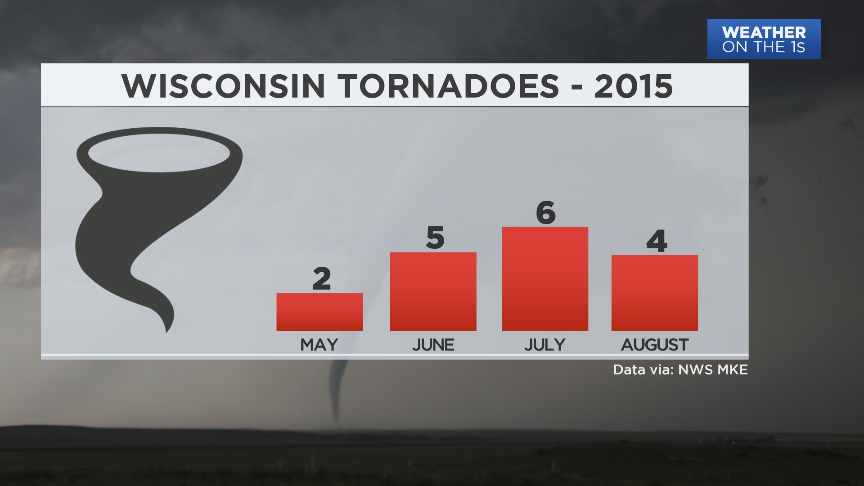 And wouldn't you know, this was a year where each month was pretty busy! While July still saw the most, it was very close to June and August.

The point I am making is this: we often hear (and say) that June is the most active month for tornadoes. Yet, we see that July and August can be much more active some years.

Moreover, given the recent uptick in tornado-producing storms--along with the way our atmospheric pattern has been recently--I expect our tornado count to go up even more as we move into August.

This means you need to be prepared and ready to take action when a tornado comes your way. We have several resources available on our site to help you out, including our severe weather guide.

As always, our Spectrum News 1 team of meteorologists will be tracking storms and giving you updates around the clock. Stay safe as we head into the second half of summer.