America’s Dairyland has been down on its luck for some time.

But it’s possible, with an assist from technology, its luck may be about to change.


“This is potentially something that could change the landscape of the dairy industry,” said Shaheer Burney, a professor in the University of Wisconsin-River Falls’ Agricultural Economics Department.

Burney and his colleague, Luis Peña-Lévano, were awarded a $250,000 grant to study the financial, environmental and social effects of robotic milking systems on dairy farms.

“It’s too early to say right now,” said Burney of what they might find. “In fact, that’s one of the goals of the project is to figure out how feasible it is to adopt on a wide scale.”

According to Wisconsin Public Radio, Wisconsin lost 40,000 dairy farms over the past four decades and now loses about one per day.

Burney said the impetus for the project came from farmers.

“Robotic milking is a hot topic in the farming community nowadays,” Burney said. “But there isn’t a whole lot of research out there. Especially scientifically rigorous and academic research on this.” 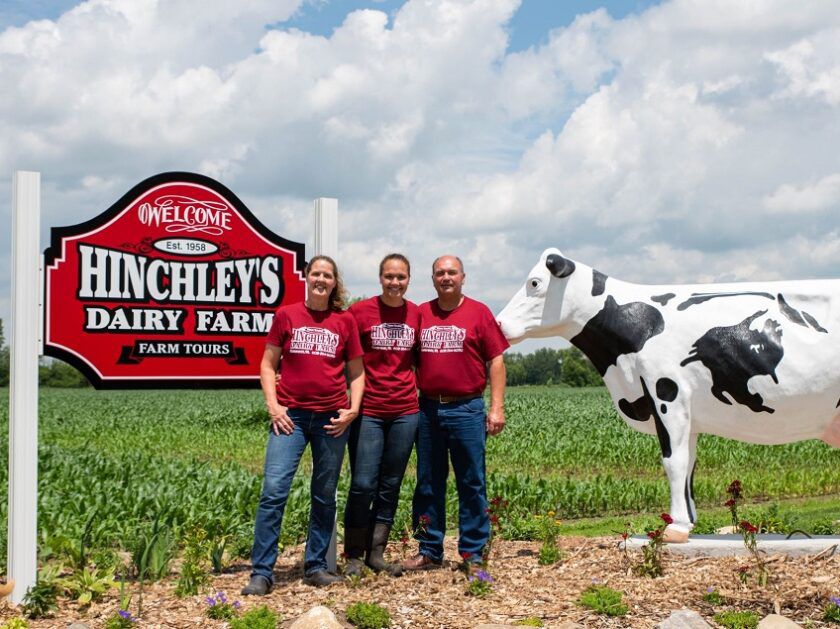 “The (World) Dairy Expo just happened,” she said of the Madison-based event. “We had a group that came out for a session. I want to say it was 35 people here from one group that came in all together. Some of them were from the Dominican Republic. We had some from Croatia, Germany, Colombia, Peru and then Thailand. And then just more, you know, people just coming to want to see.”

There are many potential benefits. But the biggest hurdle for many farmers would be the initial investment.

“Is there a critical mass of dairy cows you need for it to be beneficial, or does kind of a small farm that is 100-cow dairy benefit from this technology,” Burney said. “Because it is a really large upfront cost, upwards of $200,000."

“And the benefit of that is not realized until a few years down the road. And so you have to, as a farmer, really have to trust this technology is going to benefit you. And have a good idea of how it falls into your farm management plan.”

UWRF students will also be involved, helping develop questionnaires that will be sent to 2,000 randomly selected farmers by the school’s Survey Research Center. They will then analyze the data.

An advisory group of dairy farmers and industry professionals will also be part of the study. Burney said some of the farmers run robotic dairies. There are different levels of robotic milking experience, variations in farm size, maintenance professionals and a finance company that provides lending to farmers.

Implications of robotic milking systems on the environment and animal welfare are also part of the study.

“Also, there are many different types of robotic milkers out there,” Burney said. “And so, that’s another thing we tried to address, get a diversity of farmers that use all three of these systems. So we can ultimately compare and contrast which one fits which type of farm better, which type of barn and the herd size you need.”

Because robotic milking systems eliminate much of the manual labor, the expectation is they will give farmers more time to address other important matters.

“So, that’s the really nice thing about these robots. They keep a detailed record of every cow that goes through them,” said Burney. “What time of the day and how much milk was extracted from the cow. You know, if a cow is dry, the robot can identify that. And it can also be an early warning sign of a disease, and so all of that data it generates is out there.

“And what we expect is that because farmers will be spending less time doing some of the manual work this robot will replace, it will spend more time on the managerial aspect. Utilizing that wealth of data to make strategic decisions.”

Hinchley, who had four robotic milking systems installed in December 2018, said she’s already a firm believer in the benefits. So much so that she said they saved her and her farm.

“I really think that if we had not gone with this system, we would be one of the farms that we are losing every day in Wisconsin,” she said. “I think we would be done dairy farming. Because physically, we farmers that are milking, whether it’s in a tie stall or in a parlor, we are working our shoulders, our hips, our joints so much. It’s abuse. And we need to come up with something, like a robot, that can do the work for us.”